Commentary: Chicago leaders promise to stem the violence, and they fail. Our patience is wearing thin
0 comments
Share this
{{featured_button_text}}
1 of 2 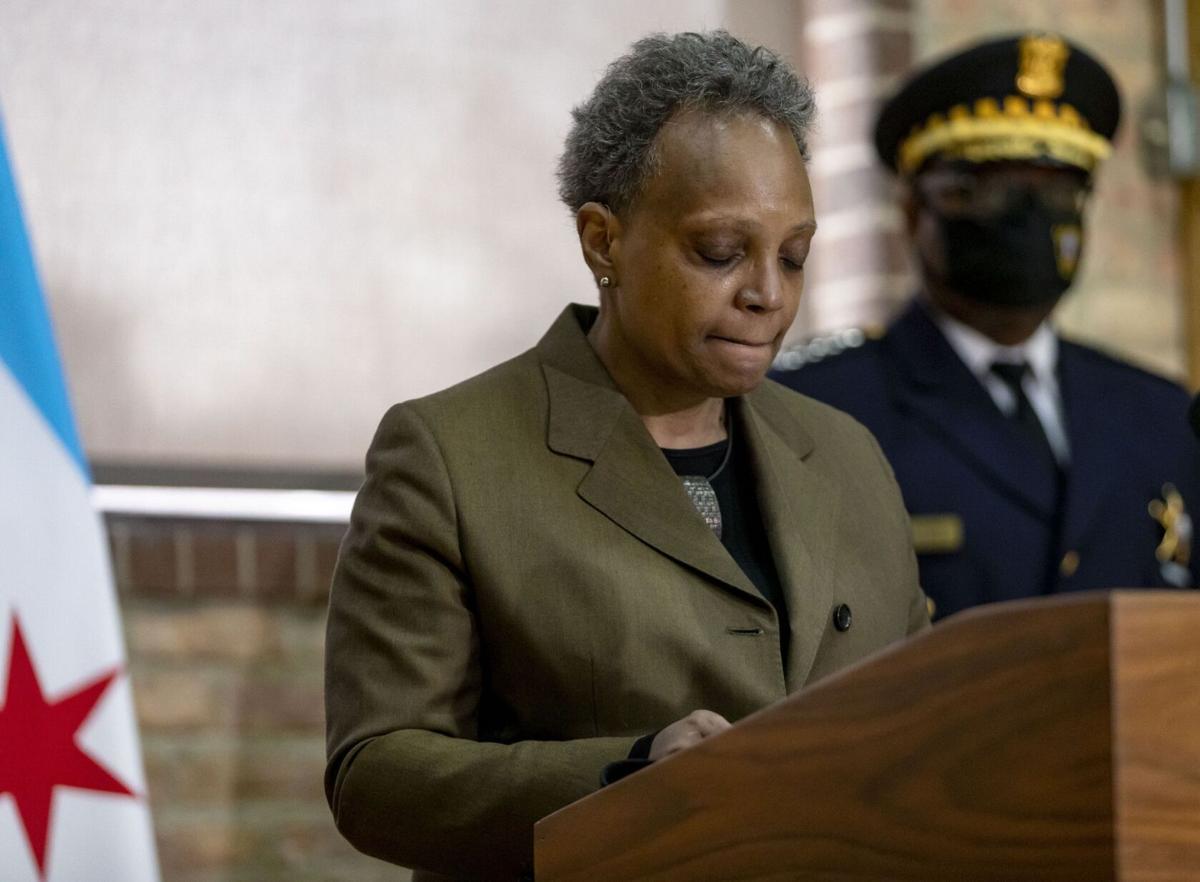 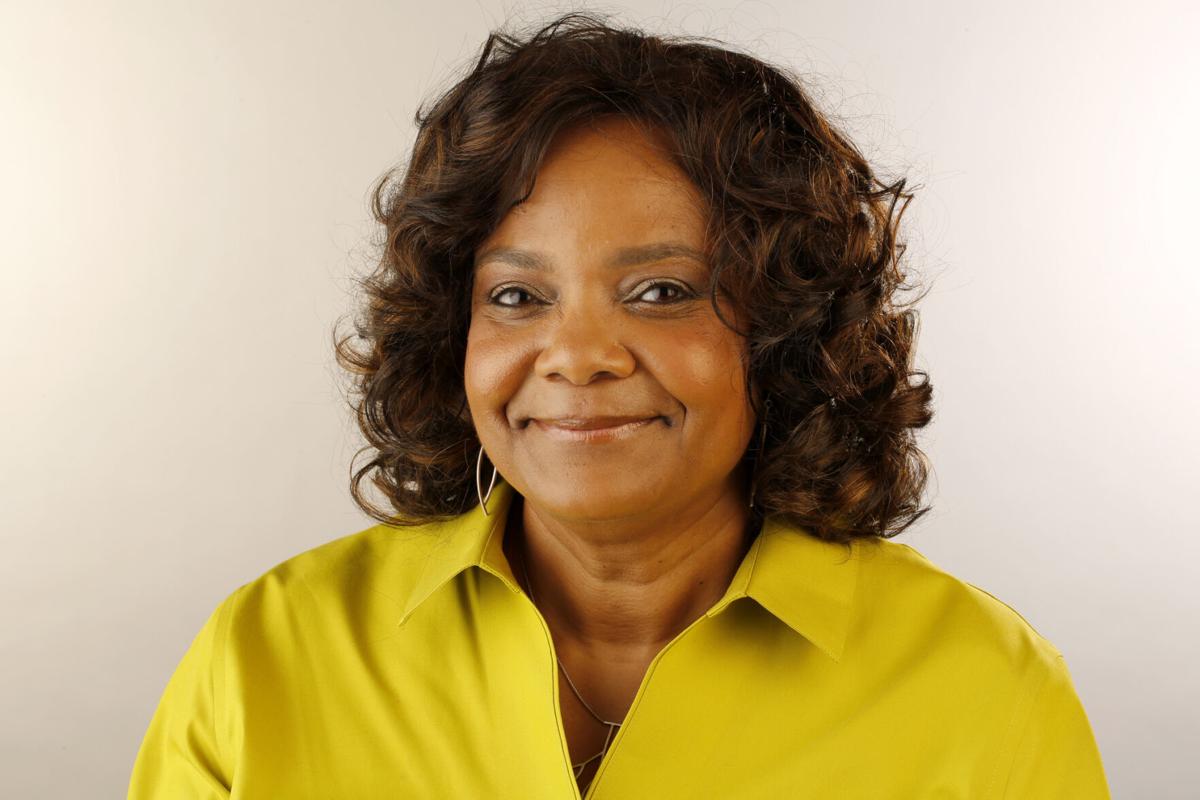 Seven-year-old Jaslyn Adams was killed in a hail of bullets while sitting in a car at a McDonald’s drive-thru on a Sunday afternoon in Homan Square.

A few weeks before, 22-month-old Kayden Swann was shot in the head and critically injured in a road rage incident on Lake Shore Drive near Grant Park.

A month before that, 11-year-old Ny-Andra Dyer was killed when a gunman opened fire on her mother’s car at a gas station in West Pullman.

Last August, rapper FBG Duck was gunned down in a brazen shooting on the Gold Coast. In December, Dwain Williams, a retired Chicago fire lieutenant, was killed during an attempted carjacking in Morgan Park.

It’s time for us to come to terms with a fact no one wants to admit: Chicago is a dangerous city. No neighborhood is shielded from the violence. We can’t even protect our children.

Every mayor for the last 30 years has failed to keep his or her promise to bring the violence under control. Richard M. Daley didn’t know what to do about it. Rahm Emanuel couldn’t fix it. And Lori Lightfoot hasn’t either.

Since I moved to Chicago in 1989, there have been eight police superintendents who were as clueless as the mayors.

Superintendent David Brown’s first-year legacy does not give us reason to feel hopeful. There have been nearly 1,000 homicides in Chicago since he took over the police department in April 2020.

It would be unfair to blame Brown for every killing during his short tenure, but under his leadership thus far, the violence clearly has gotten worse.

Though the numbers remained uncomfortably high, Chicago had seen a three-year decline in homicides prior to Brown’s arrival last year. In 2020, there were 769 killings, about 270 more than the previous year. In all, more than 4,000 people were shot last year, the most since 2016.

Maybe we’d be better off if Lightfoot and Brown admitted that they’re in over their heads. That way, we wouldn’t keep looking to them for solutions.

Brown didn’t spend much of his first year getting to know the residents of Chicago. If he has a detailed plan to address the violence, he hasn’t revealed it to us. We’re still waiting for him to tell us what he plans to do and what we can do to help.

Early on, Brown seemed to think that he could just arrest the violence away. But long-term, sustainable solutions require a thoughtfully laid-out plan that engages the entire city. We need a proactive approach to policing, in which potential issues are identified and addressed before a problem arises.

For too long, police officers have followed a script that does more to terrorize communities of color than encourage residents to work with them as a team. Nothing Brown or Lightfoot does will succeed until the trust issue is resolved.

Last week, Brown indicated that he is open to a more comprehensive approach, which involves changing police culture to build relationships.

“If we’re going to change our culture, it’s going to be because the community demands it,” Brown said during a rare news conference. “And we as a profession, not just as a department, have to … embrace this change that’s happening across this country in law enforcement.

“A lot of what that means is shut up and listen,” he said.

If Brown had listened sooner, he would have known that the community has been demanding change for a long time. Residents who live in the most challenged communities have good ideas. What they need from the Police Department is a willingness to hear them and the leadership to carry them out.

If residents could fix the problems in their neighborhoods on their own, they would have done so long ago. They are continuously putting their heads together to figure how to stop the next shooting from occurring. But they don’t have the resources to protect themselves day to day, much less effect long-term change.

They have marched through their streets in an attempt to reclaim their communities from gangs. They have pleaded with the business community, philanthropic groups and volunteers from throughout Chicago to join them.

They have begged politicians in Chicago, Springfield and Washington to lend a hand. They’ve mostly gotten empty promises.

Meanwhile, innocent children are dying. As summer approaches, we are braced for an onslaught of violence, while hoping that it isn’t as bad as the last one.

When 3-year-old Mekhi James was shot to death on Father’s Day weekend last year in Austin, a Chicago Tribune editorial called for the city to make his killing a “springboard for change.” Turns out it was the beginning of a bloody summer.

Mekhi was killed while riding in the back seat of a car with his father. Two hours later about five blocks away, 13-year-old Amaria Jones was dancing with her mother when a stray bullet fatally struck her in the neck inside her South Austin home.

Twenty-month-old Sincere Gaston was shot to death while riding in the car with his mother in Englewood. Ten-year-old Lena Nunez Anaya was killed by a stray bullet that went through the window of her grandmother’s apartment in Logan Square.

Seven-year-old Natalia Wallace was killed on the Fourth of July while playing in front of her grandparents’ Austin home. Nine-year-old Janari Ricks was killed as he played outdoors in Cabrini-Green on July 31. And 8-year-old Dajore Wilson was riding in the car with her parents in Canaryville on Sept. 7 when gunmen opened fire.

It isn’t too late for Lightfoot and Brown to turn things around. But we are running out of time. Summer is just around the corner.

Chicagoans want the mayor and the police superintendent to succeed because it’s the only way the city can win. Many residents are anxious to help in any way they can. Young and old voices from all over the city have a lot to say. They’re just waiting for a chance.

But our patience is wearing thin.

If Lightfoot and Brown can’t help us protect our children, we will keep searching until we find a mayor and police superintendent who can.

I hope in the coming months, we can work better together toward bipartisan legislation that benefits all Americans, writes U.S. Rep. Tom Cole. Otherwise, Democrats are on track to relive the first years of the Obama administration, advancing partisan bills with zero bipartisan input and not making effective laws that reflect the priorities of the American people.

What we do next is up to us, columnist Sean Voskuhl writes. The status quo is unacceptable. We must reform how, and equally importantly, where care is delivered.