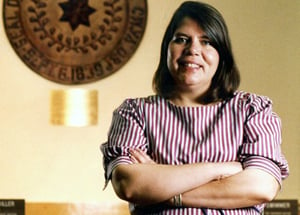 Wilma Mankiller became chief of the Cherokee Nation in 1985 after Chief Ross Swimmer resigned to head the Bureau of Indian Affairs under President Ronald Reagan. She left office in 1995 when she decided against running for re-election. Tulsa World file 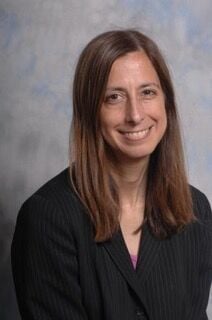 Earlier this month, the U.S. Mint unveiled the newest coin in its popular American Women Quarters program. This new quarter celebrates a gifted leader who overcame significant odds to change the trajectory for thousands: Wilma Mankiller, the first woman elected principal chief of the Cherokee Nation.

While her accomplishments rival those of more well-known American icons — like Robert Kennedy and Harriet Tubman — her name remains largely unrecognized.

Putting into broad circulation the name of a proud Cherokee daughter and one of the most influential voices for women and Native Americans across the country is incredibly important. As the largest tribe in the U.S. with about 400,000 tribal citizens worldwide, the Cherokee Nation is also one of largest employers in northeastern Oklahoma.

The tribe had a more than $2 billion economic impact on the Oklahoma economy in fiscal year 2018. Much of this growth and success can be traced back to Wilma Mankiller.

Mankiller’s vision was born from the belief that communities have the power and knowledge to help themselves and that the least divisive way is often the most effective for getting things done. Rekindling an interest in this vision at a time when the current public and political discourse is rife with anger and vitriol is fitting.

Born on a federal allotment in Adair County, she and her family were relocated, as part of the federal termination policy, to San Francisco in an effort to urbanize Native Americans.

In the face of severe drought and limited employment opportunities, Mankiller’s family hoped that the move would lead to better work and improve their lifestyle. It turned out to be anything but.

Temporary housing in a run-down hotel was the jumping off point for the family’s relocation. Mankiller and her siblings faced extensive racial discrimination in school — in fact, it became so bad that she had to drop out of high school for a year.

She eventually found sanctuary in the San Francisco Indian Center and was able to earn a degree and find stable work. This paved a road to future education, employment, family and, ultimately, leadership.

Mankiller adopted a hands-on, inclusive style of leadership well before being elected to office. Upon returning to Oklahoma from California, her first community development project was in Bell, a small community with high unemployment.

Instead of going to the community and telling them what they needed, she asked them what they wanted. This novel approach drew criticism and skepticism, but it worked.

The community rallied around a need for running water. Mankiller decided to use limited federal funds to purchase the necessary construction materials but wanted the residents to volunteer their labor. No one expected the community — many of whom were on welfare — to come through.

But Mankiller, who “banked everything (she) ever believed in that project,” knew they would.

Working in conjunction with then-Cherokee Speaker and her future husband, Charlie Soap, she got the community to donate their time and build their own water line. The faith she had in their abilities was key.

Bringing families and communities together to get something done that seemed almost inconceivable soon became a model for revitalization at both the local and national levels.

While a quarter may not seem to go as far as it used to with today’s gas prices topping $5 a gallon, this quarter is worth so much more than 25 cents.

It is a symbol of persistence and perseverance. After all, Mankiller was not a person of means nor did she have family wealth and heritage to fall back on. She faced chronic health challenges, went through a divorce and experienced a range of socioeconomic barriers.

But by finding strength in the power of community, she overcame these barriers to make a difference. This quarter, therefore, should serve as an example of what anyone — regardless of origin — can do if they put their mind to it.

As long as more people keep working, living and playing in this part of the city, the market will eventually take notice and prompt change, says Bob Doucette.

In Oklahoma, only 3.5% of construction workers are women. That is in an industry hurting for workers. A free pre-apprenticeship would help women get introduced to valuable job skills, says Tulsa World's editorials editor.

The Trump adviser claims he didn’t tell Pence to reject electors, but here are the receipts

Cartoon: Leave No One Hidden

"Thankfully there is hope for our community. We have models of better ways to build a fair and equitable eviction system."

Editor’s Note: This cartoon was originally published in February 2020 after Harvey Weinstein was convicted in New York on two charges of commi…

Column: Rising chorus for neo-individualism in a prickly environment

Among the key headlines from the 2022 election were gains by Republicans among minority voters.

Cartoon: Get Off My Lawn

The U.S. Supreme Court recently heard arguments from Harvard and the University of North Carolina about using race and ethnicity in admissions policies. Project 21, the Black Leadership Network of which I am a member, submitted an amicus brief in the Harvard case.

Wilma Mankiller became chief of the Cherokee Nation in 1985 after Chief Ross Swimmer resigned to head the Bureau of Indian Affairs under President Ronald Reagan. She left office in 1995 when she decided against running for re-election. Tulsa World file