Advocates for reproductive rights secured a decisive and key victory last week in a state that has served as a critical access point for care for Oklahomans.

Spurred by the overturning of Roe v. Wade in recent weeks, Kansans showed up in huge numbers to reject government overreach at the highest level. Voters with varied backgrounds and beliefs made history together — in a state nearly as red as Oklahoma.

They joined in solidarity behind a common cause: protecting abortion access.

With the U.S. Supreme Court’s decision to gut Roe v. Wade only weeks behind us, all eyes looked to Kansas as the first state with an anti-abortion referendum up for vote on a primary ballot. The race that determined the fate of abortion rights for the last state that held access across most of the Midwest was always expected to be tight.

What resulted was a staggering show of support for bodily autonomy from an overwhelming number of Kansans.

This election has shown that neither Republicans nor Democrats want their rights to access health care up for a vote, despite what many have assumed. As a colleague at a neighboring Planned Parenthood affiliate quipped this week, “as Kansas goes, so goes the country.”

Kansans resoundingly voted “no.” But, long before that, they organized. They phone banked and canvassed. They called everyone they knew and asked them to put signs in their yards and business fronts.

They helped educate people against the lies and deception of the opposition’s arguments.

They contributed dollars — large gifts, modest ones, and everything in between. They showed up and won by 19 points in a race everyone knew would be close. While people may have aligned with the movement prior to the fall of Roe, it drove action at the ballot box.

Most notably, Kansans have proven that showing up in consensus, across party lines and amid this dangerous political landscape for reproductive rights is not only doable, it is our only solution.

At Planned Parenthood Great Plains Votes, we joined forces with a handful of mission-aligned organizations to form the coalition Kansans for Constitutional Freedom. We knew exactly what was at stake for the states we serve.

We worked with experts who understood Kansas messaging, early and ongoing polling, sophisticated communications efforts, and field organizing. On the strength of roughly $10.7 million raised across 13,000 donors — a Herculean effort, particularly for a ballot measure in a primary election — our “Vote No” campaign defeated the misleading “Value Them Both” amendment that would have removed the state constitutional right to an abortion and paved the way for a total ban.

While the political conditions in places like Oklahoma may not be as favorable toward reproductive rights as they were in Kansas, we know now that our allies are out there.

The remarkable results around this election show that advocates and activists for reproductive rights are speaking out and standing up to politicians committed to decimating their rights. This is a diverse movement calling out more in unison than ever before, demanding to be heard.

The grassroots efforts in every area of this campaign are ultimately what won the election. In the end, it was the sum of the work and the will of the people that prevailed.

A spark was ignited in Kansas — and it will catch in other states. We will not let up until it does, and it will take all of us working together and showing up for what we know is right in Oklahoma and across the country.

Heather Rahhal Palacios is vice president of community relations & strategic partnerships at Planned Parenthood Great Plains Votes, which advocates for sexual and reproductive health care in Oklahoma, Kansas, Arkansas and Missouri, and a member of the Tulsa World Community Advisory Board.

We are confident he will keep disrupting the status quo until all of Oklahoma’s children are growing and accessing the best education possible, says Christy Rawlings.

Ginnie Graham: Oklahoma has 33,000 teachers choosing not to teach; we need them back

Student outcomes have been disappointing because the state has been relying on unqualified teachers for more than a decade, says editorials editor Ginnie Graham.

Hofmeister is reasonable and willing to have sensible conversations that are inclusive and not divisive. Her insight will provide practical solutions, says Terry Keeling.

LZ Granderson: The accusations against Brett Favre are not just another NFL scandal

Nearly every member of my family has ties to Mississippi. During school breaks, we would load up the Aerostar and head out from Detroit, down I-75 south to our grandparents' home in Cruger, a small town nestled somewhere between where Emmett Till's body was found and where Medgar Evers was assassinated.

Bob Doucette: I've seen us at our best - and our worst - on immigration

"Leave it to Ken Burns to point out what America looks like at its best and its worst." says editorial writer Bob Doucette.

Bob Doucette: A water sports revolution is coming to Tulsa

"A diversity of outdoor recreation will boost the city’s quality of life, which in turn will help Tulsa grow." says editorial writer Bob Doucette.

Column: Free speech should always be defended in political campaigns

"Free speech is the quintessential means of holding officials accountable to the people, and because of that, political speech must prevail against laws that would suppress it." says John T. Fritz.

"While Oklahoma has done well relative to many of its peers, there remains great room for improvement." says Hiram Sasser.

Ranked choice voting has been in vogue across the nation, with many cities and some states changing their elections to incorporate it. 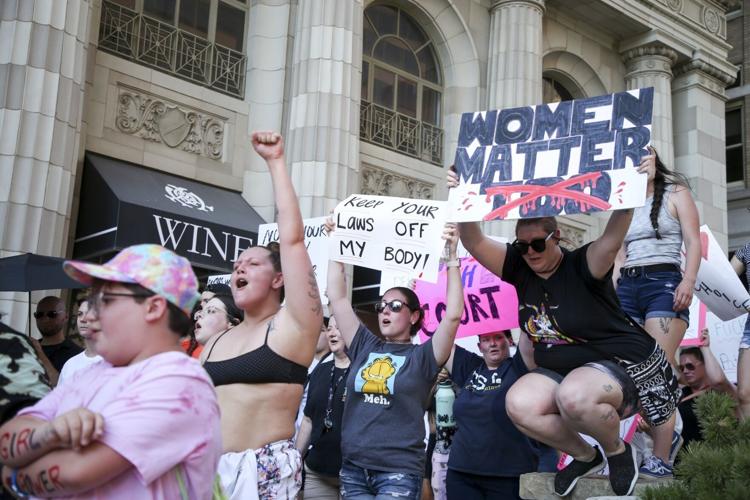 Protesters walks past the Mayo Hotel during a pro-abortion rally in downtown Tulsa on June 30. The rally was in response to the Supreme Court’s decision to overturn Roe v. Wade, allowing states, including Oklahoma, to make abortions illegal. 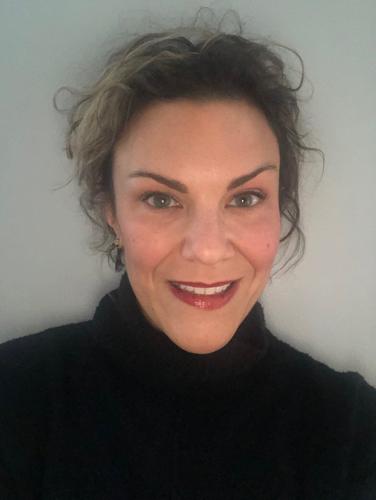