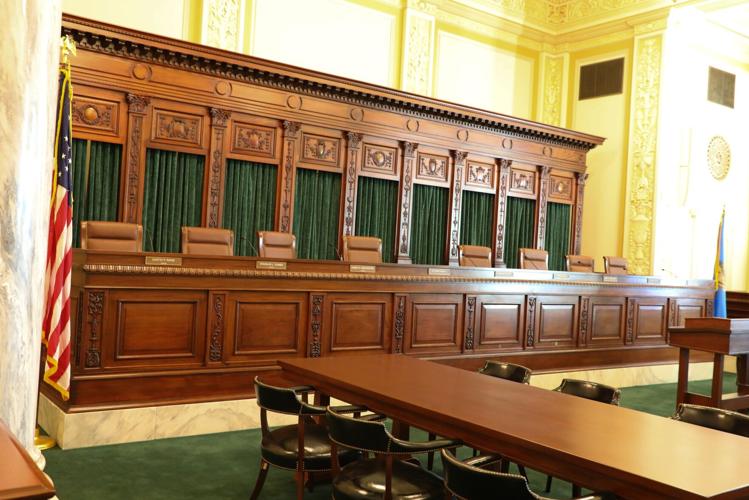 A legislative proposal would overhaul the state’s entire court system, injecting politics into the selection of district judges and giving the governor and Legislature more power in choosing Oklahoma’s appellate court justices. 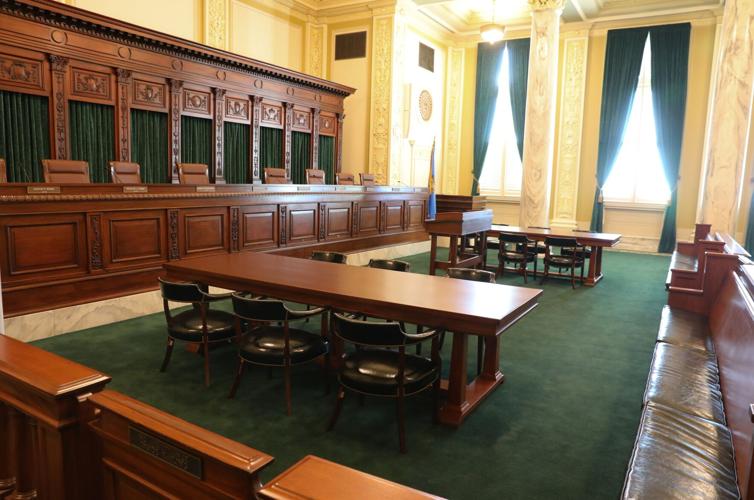 The Oklahoma Legislature is considering Senate Joint Resolution 43, which would ask voters to repeal constitutional reforms put into place after a 1967 judicial scandal that gained national attention.

If the Legislature gets its way, it would significantly alter our present judicial system and regulation of lawyers. It’s transparent that the legislative leaders want to return to a time when political influence controlled how judges attained their positions and reinvent the entire court system to their liking. This includes setting attorney qualifications and overseeing discipline of the legal profession.

It is important to know the history of our current system.

At statehood, Oklahoma judges were selected by partisan elections. Fundraising activities directly contributed to scandals in the mid-1960s. The results were criminal convictions of two Oklahoma Supreme Court justices for bribery and income tax evasion and the removal by impeachment of a third justice for similar malfeasance.

As adopted in 1967, the Oklahoma Constitutional amendments created the Judicial Nominating Commission, charged with interviewing applicants for the state’s appellate courts. The JNC vets candidates and submits three nominees to the governor when vacancies occur outside the normal, nonpartisan election process.

The JNC has a diverse mix of professionals and geography. Membership consists of 15 commissioners: six are non-lawyers appointed by the governor, and one non-lawyer commissioner each is selected by the Senate president pro tempore, the House speaker and JNC members. The Oklahoma Bar Association elects six lawyer commissioners from the congressional districts existing in 1967.

After the final interview, commissioners vote by secret ballot, and the top three candidates are submitted to the governor for appointment.

The JNC’s value lies not only in the comprehensiveness of its vetting process but also in its neutrality to present the best-qualified nominees.

Also, the 1967 constitutional amendments ban political activities for judges. They also vested judicial power within certain designated courts within the Judicial Department; created new appellate and judicial court systems by abolishing the previous courts; required nonpartisan elections of district court judges and retention ballots for appellate judges; and provided for general administrative authority by Oklahoma’s Supreme Court over all courts within the state.

The current legislative proposal would undo these time-proven controls against political interference.

If enacted, a new constitutional article would reverse the 1967 reforms and replace them with these changes:

Abolishment of the JNC in favor of political appointments by the governor, with the advice and consent of the Senate;

Abolishment of the present district court system in favor of undefined courts “the Legislature may from time to time ordain and establish”;

Removal of all existing judges and justices upon expiration of their current term of office subject to reappointment and confirmation;

Authorization for the Legislature to enact term limits on appellate judges and justices;

Provision for statutory changes to the number of Supreme Court justices, judges of the Court of Criminal Appeals and all other judges; and

Regulation by the Legislature for discipline and admission to the practice of law without stated licensing requirements for those attorneys who do not appear before the Oklahoma courts.

Limitation of Oklahoma Supreme Court jurisdiction to the admission and discipline of attorneys “to address acts or omissions committed in the context of a case or controversy before the Oklahoma courts.”

Collectively, these provisions are intended to reassemble — piecemeal and illogically — the entire court system.

Inherent in the government is the notion of the co-equal status of the executive, legislative and judicial branches. Oklahoma’s Legislature is seemingly intent on disrupting this centuries-old tenet by subsuming the judicial branch to its own political whims and those of the governor.

Despite what some would believe, neither our judicial system nor the way we select judges is broken. Currently, judges operate on the rule of law and remain independent of political influences.

However, the judicial branch is under constant criticism from elected officials without much experience or understanding of the purpose of this government branch. This, perhaps, is why the criticisms are so vehement and their foundations so fragile.

The latest diatribe against the judiciary is designed primarily for constituent fundraising activities, not to fix a system about which few in the Legislature are able to identify meaningful, concrete problems. As a result, our elected representatives are intent on manufacturing a problem where none exists, thereby enabling this farce.

The proposed constitutional changes are not only short-sighted in their immediate effect on the daily operation of Oklahoma’s judicial system, but they would increase the risk for political chicanery.

Consistency and neutrality of the state’s courts are predicates for the public’s confidence in the judiciary as arbiter for all, with equal footing and without partisan bias, whether real or apparent.

While this Legislature seeks to tear down the existing system, there is no guarantee the proposed system would be better for the state’s citizenry. Oklahoma’s judiciary, however partisan it may have been prior to 1967, exists and should continue to exist outside the realm of political influence.

William R. Grimm, a Tulsa attorney for nearly 50 years, has served as president of the Oklahoma Bar Association and Tulsa County Bar Association with honors including a commendation from Gov. Mary Fallin and several service and leadership awards. He is a current member of the Judicial Nominating Commission.

Gallery: Abortion legislation in Oklahoma through the years

"Our other job as English teachers is to guide our students to cultivate critical thinking skills. This is where HB 1775 makes things messy." says Claire Robertson.

Column: Give help to the helpers

"Almost one-third of our firefighters, law enforcements officers and emergency medical workers will experience a diagnosable disorder or form of mental illness during their tenure of service." says Matt Lay.

Ginnie Graham: Starting to experience the little things at age 50

Editorials Editor Ginnie Graham talks about the list of 50 things she wants to do during her 50th year.

Does religion make us more ethical? | The Ethical Life podcast

🎧 The hosts debate whether we are interpreting the Bible correctly, the existence of an afterlife and the effectiveness of prayer.

"Our society is changing. That makes some people uneasy. But schools are not the problem," says Rep. John Waldron.

"If public officials are making trades based on nonpublic information they’ve learned while in office, some might question whether their votes are based on profit rather than the public good." says editorial writer Bob Doucette.

"At Oklahoma State University, we want to promote an open dialogue about concerns regarding the teacher pipeline and our efforts to recruit, retain and engage teachers across the state." says Jon Pedersen and Shelbie Witte.

With the January 6th Committee on a short summer pause, it will look to carry the momentum of the most recent hearings into the fall. One of t…

A legislative proposal would overhaul the state’s entire court system, injecting politics into the selection of district judges and giving the governor and Legislature more power in choosing Oklahoma’s appellate court justices. 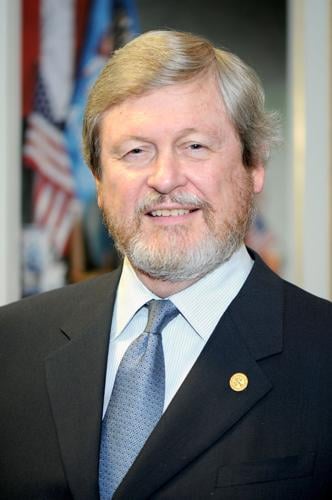