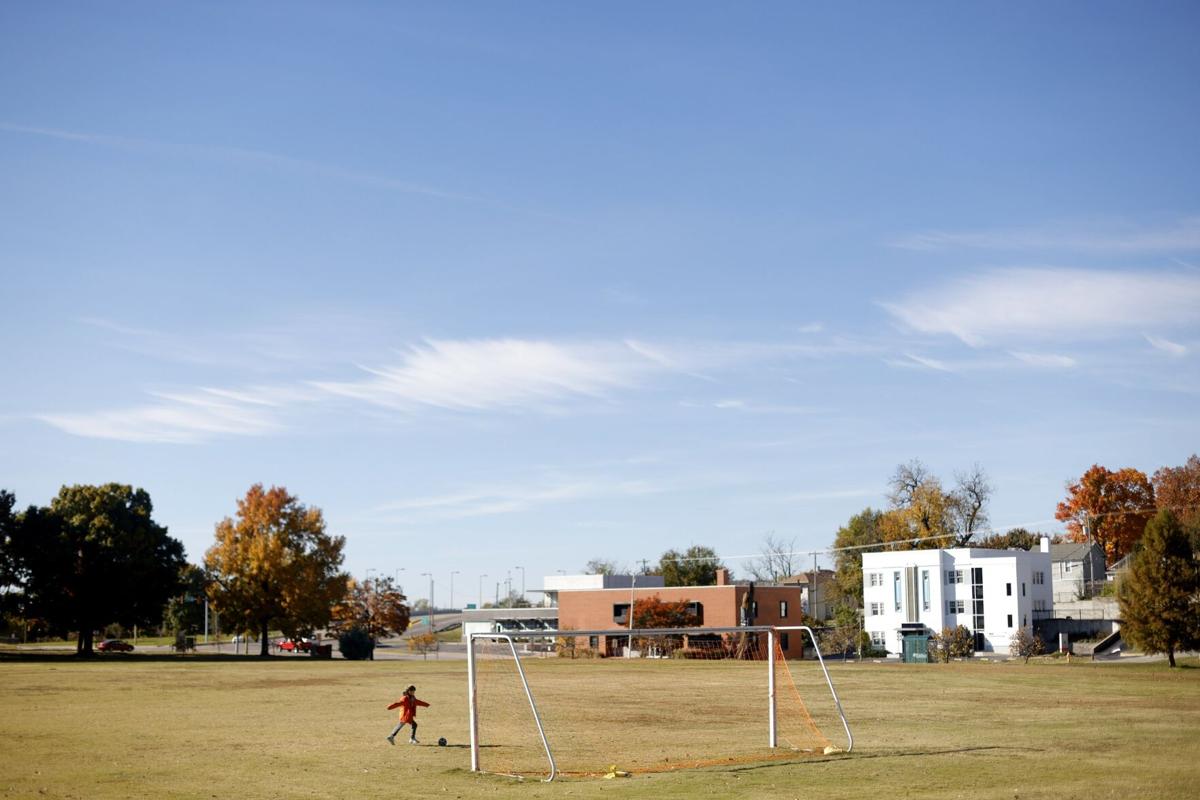 A child plays soccer at Dream Keepers Park in Tulsa before a dedication for the park near 21st Street and Boulder Avenue on Nov. 13. The park was formerly named Veterans Park. 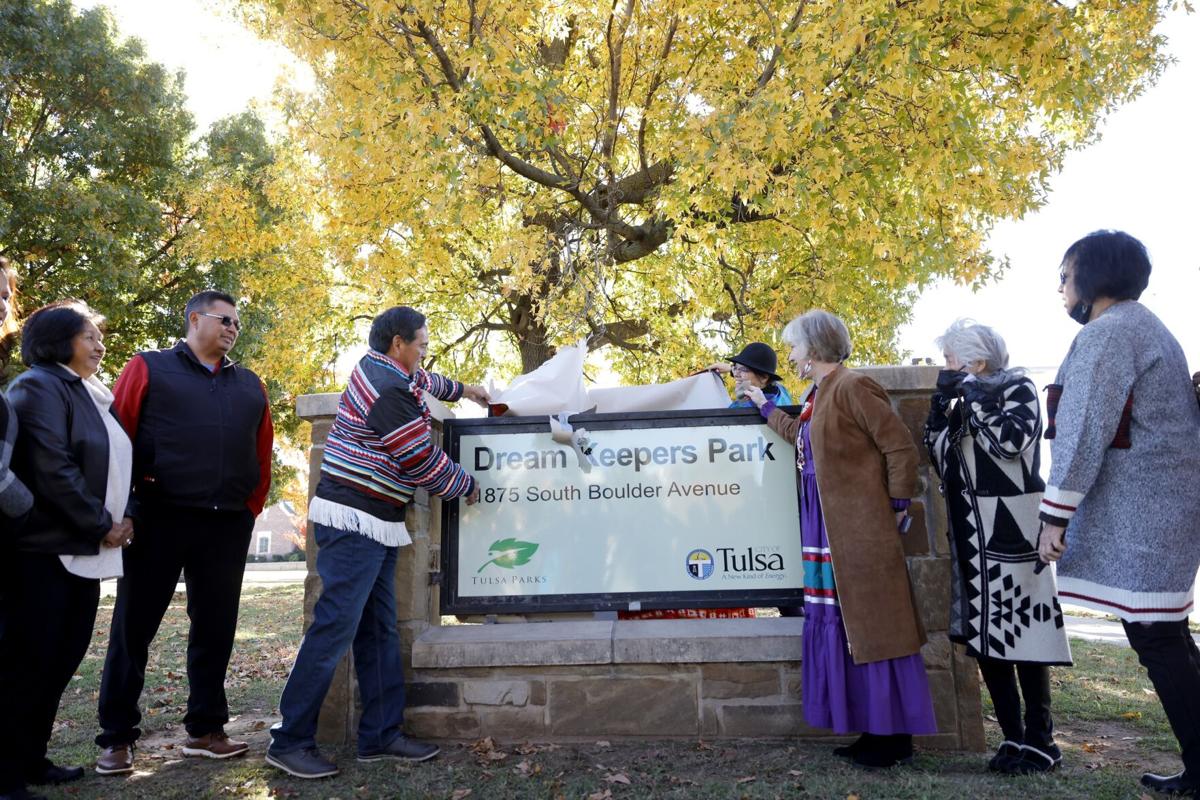 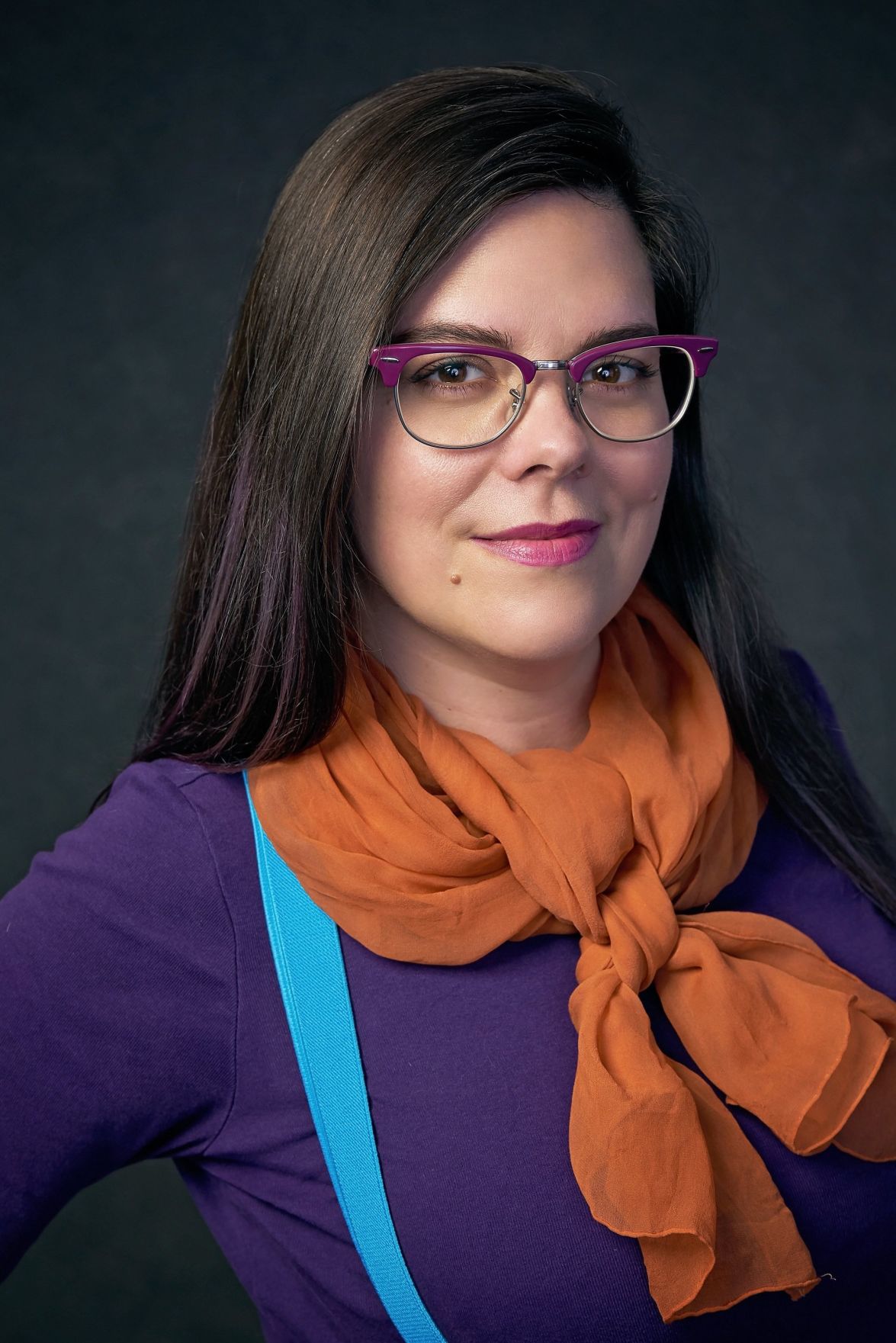 In 1836, a group of Muscogee Indians arrived in Indian Territory after being forced from their ancestral homes in the Southeast.

Thousands had died on the journey, but those who survived carried the ashes from their former council fires. They placed these around a large oak tree near the Arkansas River and started a new council fire at this reborn town, which they called Talasi.

The city we now know as Tulsa is a descendant of that community. From this first arrival of refugees with hopes of a better future, Tulsa has been the destination for many diverse peoples.

However, the influence of our founders is still with us. We see it not only in the name of our city, but in the contributions of Native American government and business leaders, artists, health care professionals, and more that continue to this day.

In fact, our city sits at the intersection of three modern tribal nations, the Muscogee Nation, Osage Nation and Cherokee Nation. Each of these tribes has a unique history, culture, government and economic focus, but they share a commitment to advancing their people and being good partners to their neighbors throughout Tulsa and northeast Oklahoma.

For the city of Tulsa, partnering with tribes can create big opportunities. Native American cultural heritage has made Tulsa a center of creativity and arts, from traditional craftspeople to the U.S. Poet Laureate Joy Harjo to award-winning movies and television like Sterlin Harjo’s “Reservation Dogs.”

Tribal businesses have proven to be successful job creators and responsible employers. Tribes have unique access to federal dollars for health care, education, and development of our whole region.

Unfortunately, we still have work to do to achieve a smooth relationship between the city and the tribes that share this land. We must overcome cultural misunderstandings, lack of knowledge about tribal governments and mistrust of city officials that is very understandable, considering the historical injustices that tribes have experienced.

That’s why I worked with my colleagues on City Council to create a new Tribal Relations Committee. We had our first meeting this month and plan to schedule regular meetings going forward. The committee will be a way for Tulsa City Councilors to meet directly with tribal leaders and work on our shared concerns.

Excellent work is already being done by the Greater Tulsa Area Indian Affairs Commission (GTAIAC), which is appointed by the mayor. The Council’s Tribal Relations Committee is intended to add to, not replace, the mayor’s commission. We will be inviting members of GTAIAC to attend our Tribal Relations Committee meetings, and our meetings are open to the public as well.

Last year the U.S. Supreme Court ruled that tribal reservations in northeast Oklahoma, including all of Tulsa, are still in effect, even though the state of Oklahoma had ignored them for more than 100 years. Now we are correcting that injustice.

Of course, living up to our promises after so much time ignoring them brings challenges, but I believe Tulsa and the tribal nations are up to the challenge.

Even before the Supreme Court ruling, Tulsa had much to gain from working effectively with tribal nations. I am optimistic that in the end, the McGirt ruling will lead to better understanding and a better working relationship between the city and tribes.

With diplomacy and collaboration, we can do what it takes to protect public safety, respect tribal sovereignty and make Tulsa a truly exceptional international city.

The city of Tulsa recently renamed the park near the Council Oak tree as Dream Keepers Park. I am grateful for the dream of those first Muscogee founders of Tulsa, and for the resilience they showed to keep that dream alive.

Today we can all dream of a thriving Tulsa, working together with the thriving Osage Nation, Muscogee Nation and Cherokee Nation.

Kara Joy McKee has represented District 4 on the Tulsa City Council since 2018.

Kara Joy McKee has represented District 4 on the Tulsa City Council since 2018.

A child plays soccer at Dream Keepers Park in Tulsa before a dedication for the park near 21st Street and Boulder Avenue on Nov. 13. The park was formerly named Veterans Park.