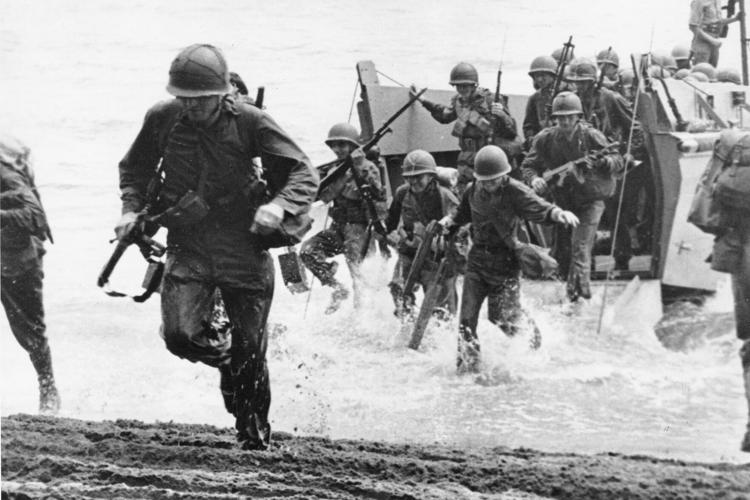 FILE—U.S. Marines, with full battle kits, charge ashore on Guadalcanal Island from a landing barge during the early phase of the U.S. offensive in the Solomon Islands in Aug. 1942, during World War II. (AP Photo, File) 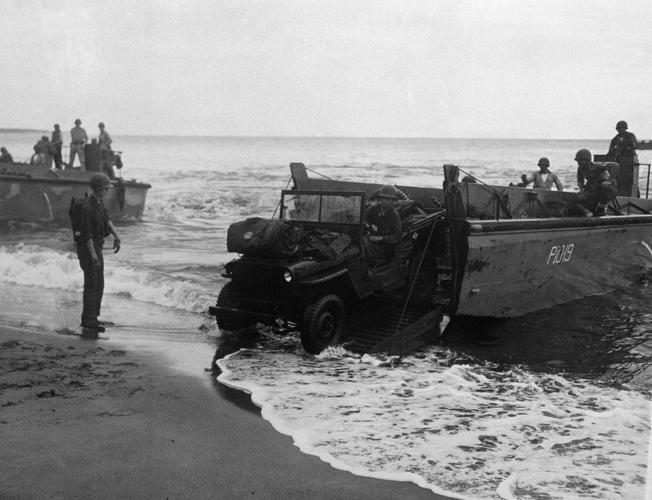 U.S. Marines land a jeep from a new-type landing barge during their offensive against the Japanese on Guadalcanal island in the Solomons, Aug. 30, 1942. (AP Photo/Acme Wartime Pool/Sherman Montrose) 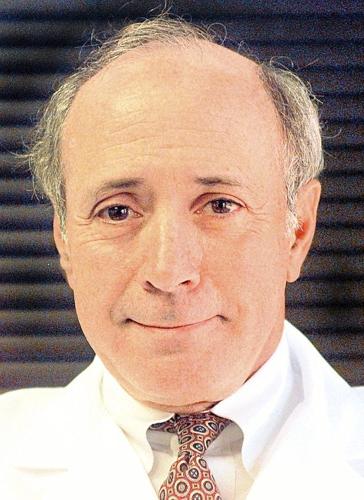 On Aug. 7, we will remember and honor the 80th anniversary of our U.S. Marines who landed on Guadalcanal early in World War II.

Before that battle, almost no one in America had heard of Guadalcanal, a small island in the South Pacific, but in 1942 it became the most important island to protect Australia and defeat Japan. Now, here is how my story unfolded 28 years later.

I completed my residency at Washington University’s Medical School in St. Louis. Navy doctors were needed for the Vietnam War, and I enlisted. I volunteered to be certain that I would be assigned to a neurological post.

In 1970, shortly after I arrived at the U.S. Naval Hospital at Great Lakes, Illinois, just north of Chicago, I met the commanding officer, Adm. William H. Turville Jr.

I don’t remember what I said to him, but he sensed that I had an interest in U.S. Navy history during WWII. He told me about his father, Capt. William H. Turville Sr. Both were physicians who made the Navy a career.

My commanding officer loaned me a book that his father had written about his WWII experience.

In 1942, Turville Sr. was then a young captain, stationed in Los Angeles where he was assigned to assemble and teach a command of doctors and nurses to construct and establish a mobile hospital unit that could rapidly become operational. His unit was assembled on a troop ship and went west from Los Angeles into the vast Pacific, destination unknown.

The second day at sea, Capt. Turville opened his sealed orders which read, “Proceed to Cactus.” He hurried to the radio room where he consulted the code books. “Cactus” was the code name for Guadalcanal.

Eighty years ago, on Aug. 7, 1942, U.S. Marines waded ashore onto Guadalcanal. The name Guadalcanal immediately came to embody the hopes and prayers of the American people to repulse a cruel and treacherous enemy. The Marine foothold on Guadalcanal was our first land offensive in the Pacific, and all America watched spellbound, because everyone knew that a victory at Guadalcanal would be the key to controlling the South Pacific.

The Marines struggled against a larger force of determined Japanese troops who would fight to the death.

Conditions on “The Canal” were unbearable in the scorching 120-degree heat and a terrifying jungle filled with typhus-spreading rats, dysentery and swarms of biting, stinging insects. The folks at home had no concept of the unbelievable hell their loved ones were in.

It was the incredible courage of those young men in the suffocating and terrifying jungle that carried them through.

Those brave young Marines prevailed, and Guadalcanal was declared secure on Feb. 9, 1943, six months after the initial landing. Capt. Turville put his men to work constructing the Naval Hospital. He kept a journal and took many photos, all of which he published in his book.

I marveled at the photos of those young Navy doctors, shirtless and wearing only their skivvies. Those doctors dug post holes, poured cement casings for the walls of the hospital — those skilled physicians worked alongside the enlisted men. The faster and better the medical care was provided to the wounded and sick Marines.

Capt. Turville reported that the hospital admitted 23,000 patients — 70% of those were Marines — and only 51 patients died. That low death rate is incredible, considering the primitive state of knowledge and available treatment for combat wounds and massive trauma and infectious jungle diseases.

Those physicians in WWII gave it their all, and they did whatever it took.

Harvey Blumenthal, M.D., is a retired Tulsa physician who spent 40 years at Saint Francis Health System and served as the vice chair of the neurology department at the University of Oklahoma College of Medicine.

"Our other job as English teachers is to guide our students to cultivate critical thinking skills. This is where HB 1775 makes things messy." says Claire Robertson.

Column: Give help to the helpers

"Almost one-third of our firefighters, law enforcements officers and emergency medical workers will experience a diagnosable disorder or form of mental illness during their tenure of service." says Matt Lay.

Bob Doucette: Four questions about the FBI's search of Mar-a-Lago

A lot can happen in an hour or two. Monday night sure proved it.

Ginnie Graham: Starting to experience the little things at age 50

Editorials Editor Ginnie Graham talks about the list of 50 things she wants to do during her 50th year.

Does religion make us more ethical? | The Ethical Life podcast

🎧 The hosts debate whether we are interpreting the Bible correctly, the existence of an afterlife and the effectiveness of prayer.

"If public officials are making trades based on nonpublic information they’ve learned while in office, some might question whether their votes are based on profit rather than the public good." says editorial writer Bob Doucette.

"Our society is changing. That makes some people uneasy. But schools are not the problem," says Rep. John Waldron.

"At Oklahoma State University, we want to promote an open dialogue about concerns regarding the teacher pipeline and our efforts to recruit, retain and engage teachers across the state." says Jon Pedersen and Shelbie Witte.

FILE—U.S. Marines, with full battle kits, charge ashore on Guadalcanal Island from a landing barge during the early phase of the U.S. offensive in the Solomon Islands in Aug. 1942, during World War II. (AP Photo, File)

U.S. Marines land a jeep from a new-type landing barge during their offensive against the Japanese on Guadalcanal island in the Solomons, Aug. 30, 1942. (AP Photo/Acme Wartime Pool/Sherman Montrose)