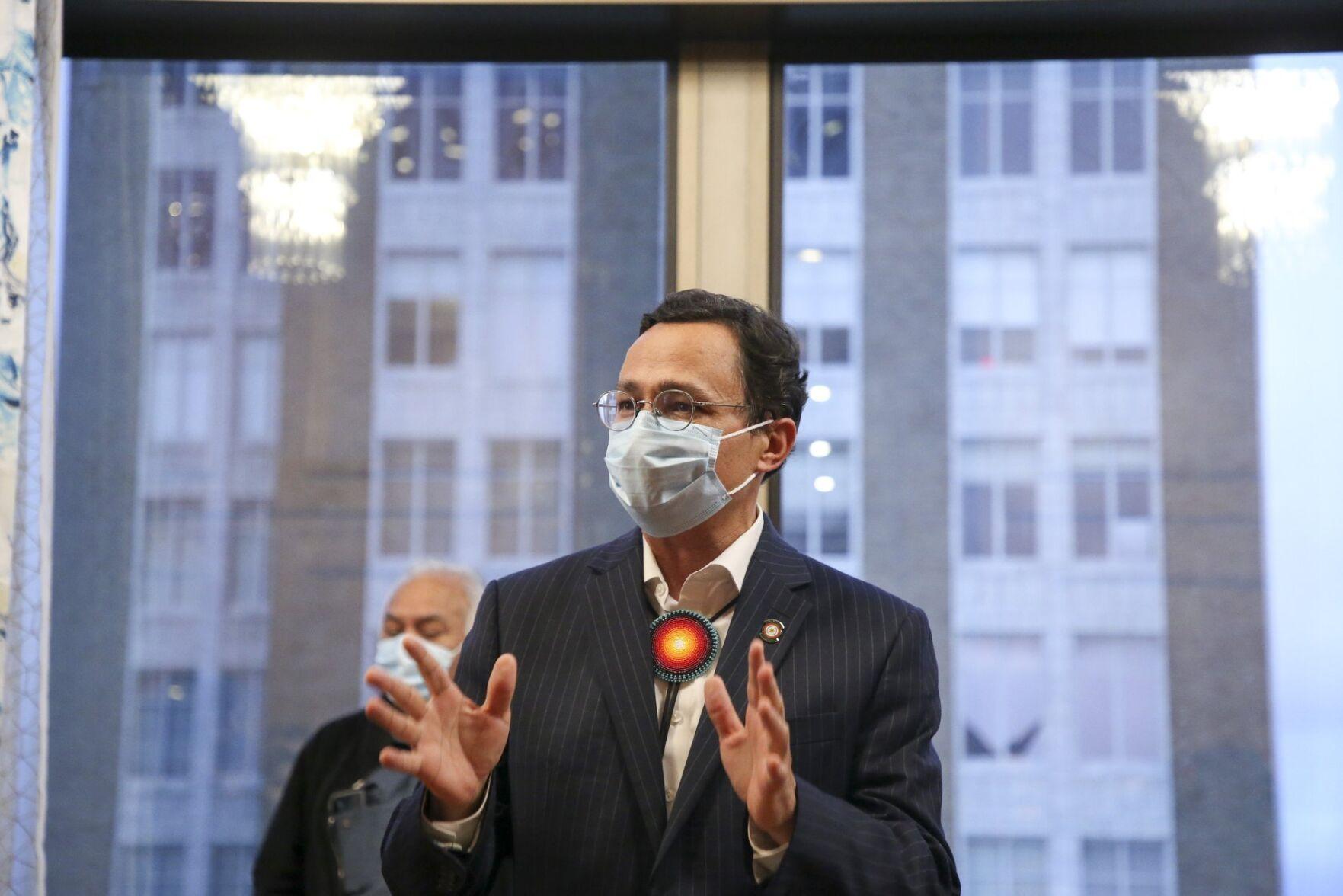 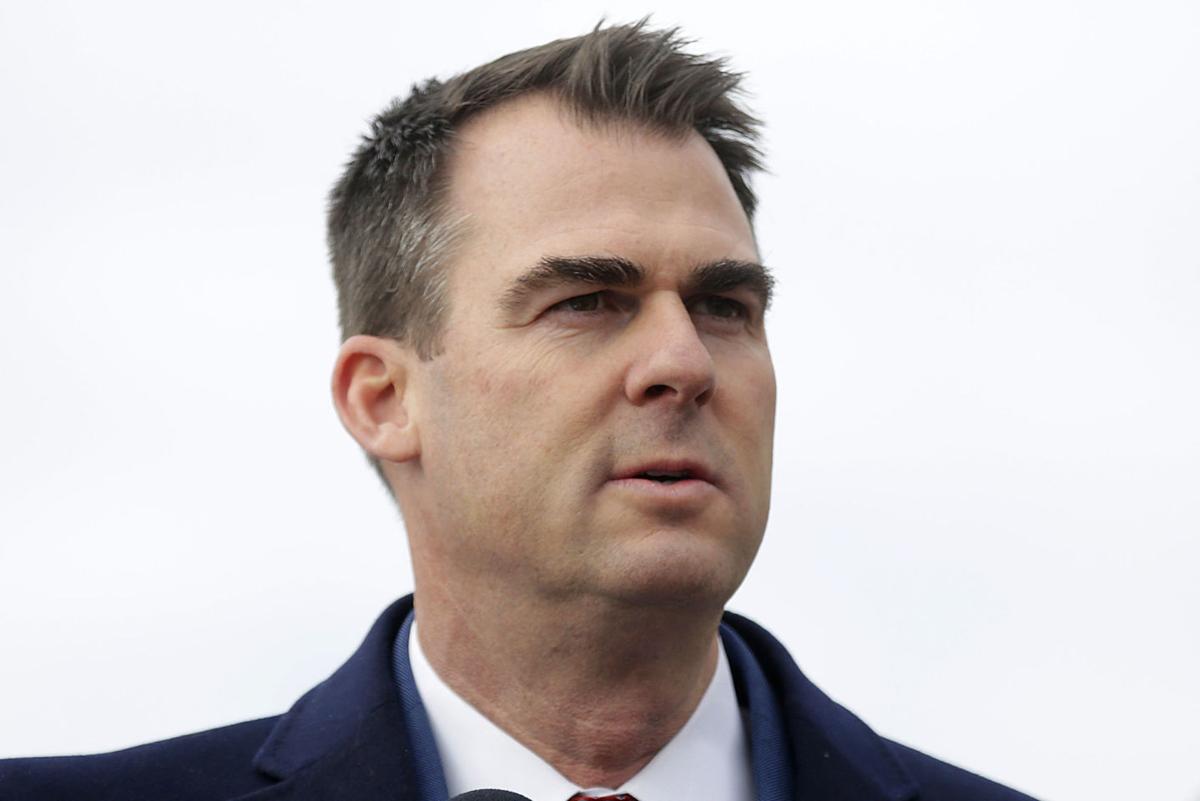 It’s no secret that relations between Oklahoma’s Native American tribes and the Governor’s Office are as chilly as we’ve seen in recent memory.

And now there may be signs that tribal leaders are increasingly willing to publicly address more general political controversies rather than sticking to matters directly affecting tribal sovereignty.

“A year ago this soldier was a profile in courage advocating for masks, a sure fire way to fight #COVID and to irritate some politicians,” he tweeted on Nov. 12. “Lately he’s been following military orders on #vaccines. He was fired yesterday (by) Gov. Stitt, deepening the state leadership void on COVID.

“The effort by state leaders to actively undermine a public health response to the (worst) public health crisis in living memory is breathtaking.”

His tweets linked to a video of Thompson advocating mask use in November 2020, and a story about Thompson’s removal by Gov. Kevin Stitt. (Thompson, who had backed the Pentagon’s COVID-19 vaccine mandate for the armed forces, was replaced by Thomas Mancino, who enacted a policy more in line with the governor’s stance on resisting federal vaccine mandates.)

I’m not surprised that Hoskin would have a strongly worded message about the governor, given the state of affairs between Stitt and the tribes.

Stitt’s attempt to force renegotiations of the state’s gaming compacts got his administration off to a rocky start with the tribes, and his all-in approach to overturning the U.S. Supreme Court’s landmark McGirt decision has further inflamed those tensions.

But it’s worth noting that Hoskin, a high-profile leader of the state’s largest tribe, commented about a controversy like Thompson’s dismissal. It leaves me wondering if this is a sign of things to come.

In past elections cycles, the tribes have behaved like a lot of big political contributors: They give money to major candidates of both parties, and do it quietly. Compared to other major donors, like unions, trade groups and the like, the tribes tend to be involved in the political process in a more low-key way.

So, what to make of Hoskin’s tweets?

It’s fair to say you don’t want to judge current events based on what’s said on Twitter. At the same time, it’s not nothing. It’s evidence of how bad things are between the tribes and Stitt, and Democrats have noticed.

State Superintendent Joy Hofmeister, who switched parties to challenge Stitt in 2022, had this to say on Oct. 6:

“We need to respect and listen to the input, the perspective and the priorities of the tribal governments within Oklahoma. From the beginning, I have worked to understand that, to listen and to be a collaborator toward the common good of all Oklahomans,” she said. “I will not betray the trust that I have personally established with our tribal nations.”

Hofmeister has touted the State Education Department’s cooperation with tribes in American Indian education. Gaining the support of the tribes would be a major win for Hofmeister, who faces a tough task to unseat Stitt should she win the Democratic Party’s nomination for governor.

On a national level, Democrats have also championed Indigenous causes. President Joe Biden quickly undid Donald Trump’s shrinking of the Bears Ears and Grand Staircase-Escalante national monuments in Utah, and is now advocating for an oil and gas drilling moratorium around the Chaco Canyon region of New Mexico.

Both areas have cultural significance to tribes that live in those two states. The tribal vote in Arizona was also seen as a key reason why Biden won there in 2020.

“We have to continue to stand up for the dignity and sovereignty of tribal nations,” Biden said on Monday while announcing redoubled efforts to combat human trafficking and other crimes on Native American lands.

The strategy seems clear, but it would be a mistake to believe Oklahoma’s tribal vote is monolithic. Plenty of card-carrying tribal members have and will continue to vote for Republican candidates, including Stitt – himself a member of the Cherokee Nation.

Still, siphoning voters away from an incumbent candidate is what election upsets are made of, and it’s hard to think of a time when Oklahoma’s tribes might be more willing to throw their weight behind a state-level campaign.

Given the growth of tribal businesses and institutions over the past few decades, that weight is significant. Should the tribes decide to lean on you, you’ll feel it.

Proof of a more active role in in the 2022 election cycle is still forthcoming. It’s one thing to tweet, but another to, quite literally, put your money where your mouth is. Will we see Hoskin’s face or hear his voice on campaign ads next year? What about other tribal leaders?

In the coming months, it will be interesting to look at campaign finance reports to see who the tribes, their leaders, and their members back.