Vanished without a trace: Tips sought in case of young woman's disappearance from Stillwater
0 comments
Share this
{{featured_button_text}}
1 of 6 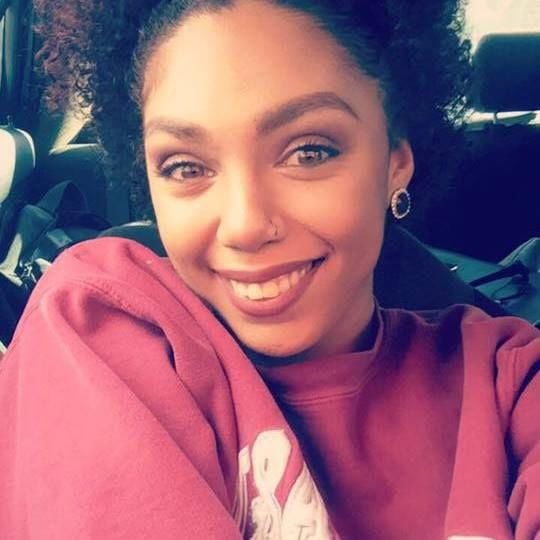 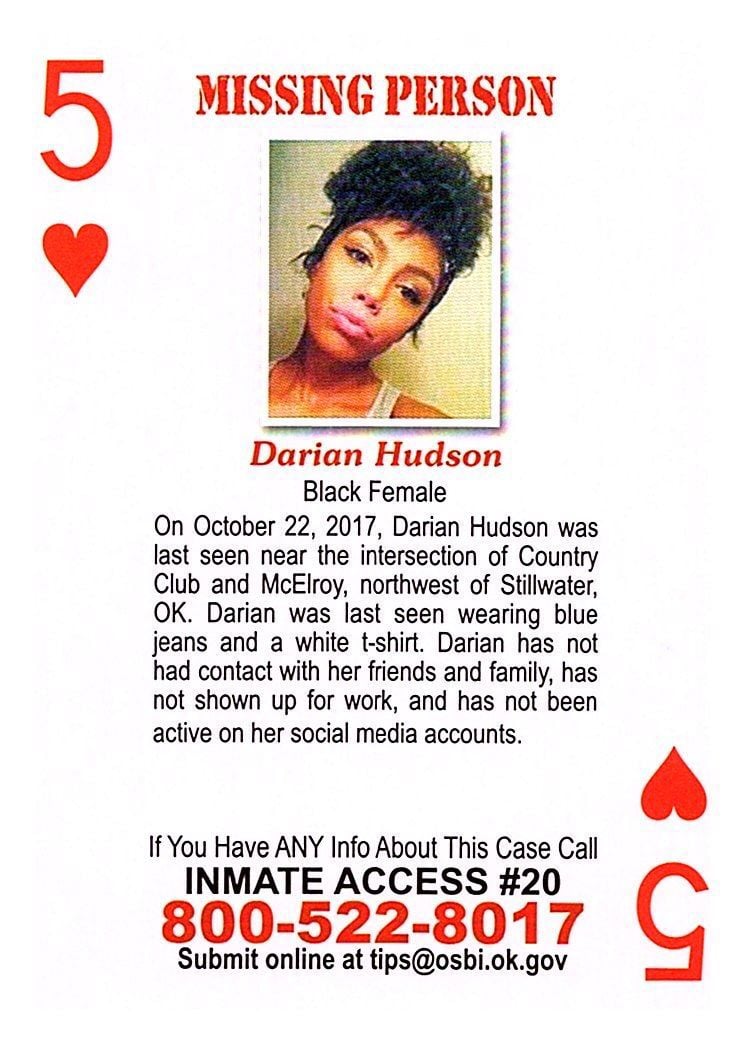 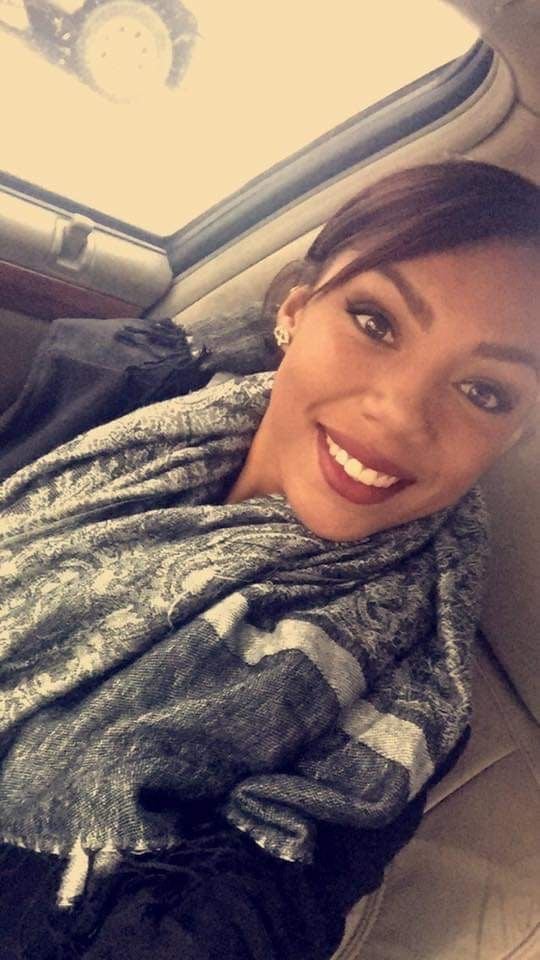 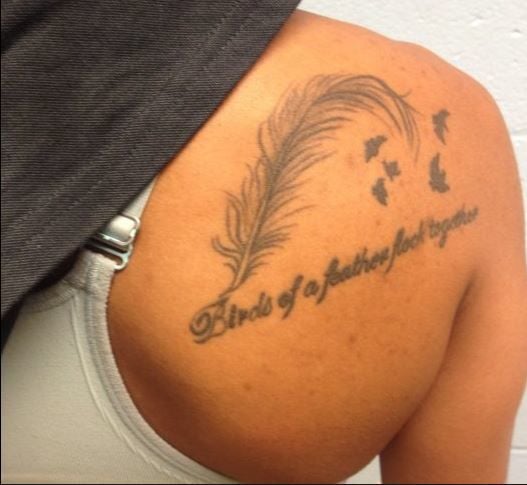 Darian Hudson has a tattoo on her back right shoulder that reads “Birds of a feather flock together.” Courtesy Stephanie Hudson.

A screen capture of a Twitter conversation between Darian Hudson and a friend. 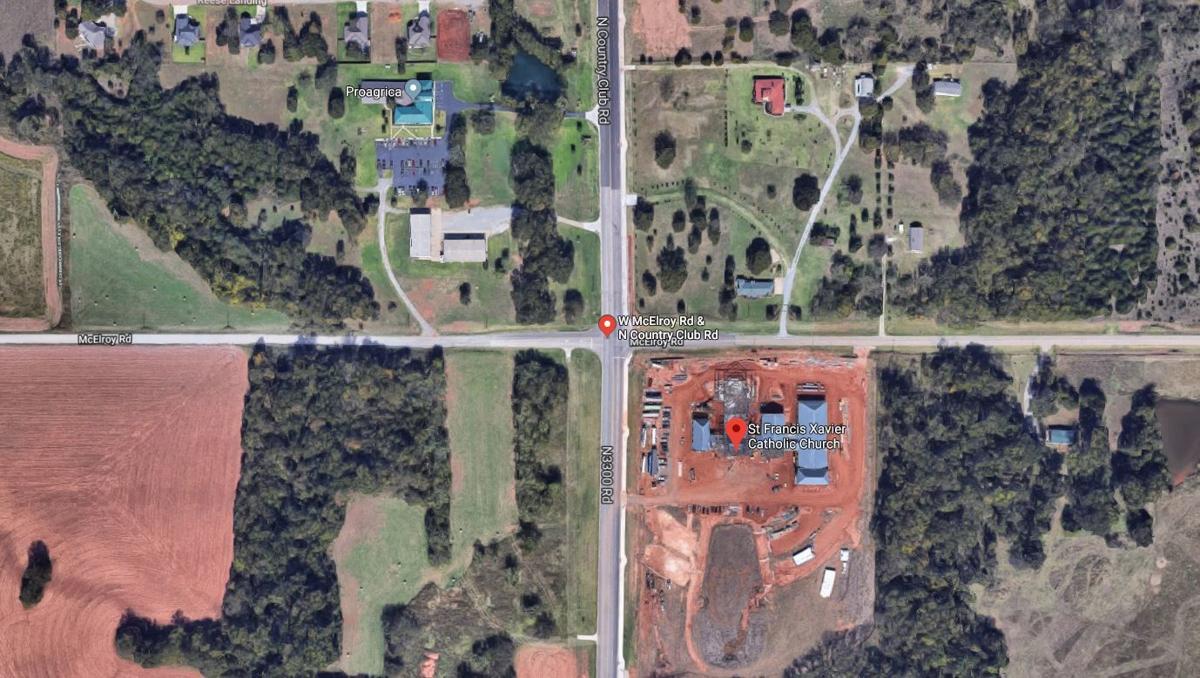 The last time anyone saw Darian Hudson, she was sitting atop construction equipment at a corner outside Stillwater, looking like she was waiting for someone to pick her up.

In the two years since then, detectives say, there has been no hint of her existence. No sightings, no contact with family or friends and no activity on her social media accounts.

Although all explanations of the then 23-year-old’s disappearance remain possible, including that she vanished of her own accord, the circumstances are suspect.

She disappeared the week of Oct. 22, 2017, and Stephanie Hudson, Darian’s mother, said she last contacted her family on Oct. 21, 2017, when she said she wanted to move back home to Wichita, Kansas.

Hudson and her husband drove to Stillwater the next day and went straight to the Police Department. They couldn’t file a police report because it hadn’t yet been 48 hours since they knew of her disappearance, so they found themselves canvassing her neighborhood and taking in the eerie normalcy of her home.

The door was open, a light was on and dishes were in the sink, Hudson said, but there was no crime scene to be found. They filed a missing person report with the Police Department on Oct. 28, 2017, and the investigation began.

It began with few leads, but about a month in, detectives were alerted to an attempted use of Hudson’s credit card at a hotel in Oklahoma City, Watts said.

Officers traced the attempt to a man who told them he took the card from a purse he stole from a construction site in Stillwater. At the time, St. Francis Xavier Catholic Church was under construction at McElroy Road and Country Club Road, northwest of Stillwater.

The man told police Hudson’s purse was hanging on a drainage pipe as he and his co-workers drove from the site, so they took it.

Detectives visited the site and interviewed numerous workers, two of whom remembered seeing a woman matching Hudson’s description on Oct. 26. One said she was sitting on the ground in a wooded area south of the church and that when he went to check on her, she only stared blankly.

They alerted their boss, and a group of them went to check on her again, but she would not engage with them, Watts said.

A man who lives east of the church told police he saw Hudson later that day talking with his grandchildren after she came out of the woods.

The only other information police have is from another nearby resident, who said he saw a woman matching Hudson’s description sitting on construction equipment at the site late in the evening, looking like she was waiting for a ride.

“After that, nothing,” Watts said.

Watts said police interviewed as many workers at the construction site as they could, but reaching all of them was virtually impossible with the numerous contractors and subcontractors and poor records of who was actually there.

In early December 2017, after the credit card tip led them to the wooded area, police brought in dogs and drones to search for Hudson, but they found only some of her belongings.

She remains the department’s only outstanding missing person case.

Most missing person cases are eventually resolved or lead off with a witness seeing a person walking in a certain direction or getting into a car, Watts said, but in Hudson’s case, it appears she simply ceased to exist.

“You always want to find the person alive,” Watts said. “At this point, we just don’t know. Anything is possible. It just seems to me that if she had run away, by now something would have surfaced somehow, someway. None of this makes sense. Somebody knows something.”

Watts said Detective Mary Kellison collaborated with the Oklahoma State Bureau of Investigation’s Cold Case Unit to feature Hudson on a Cold Case Playing Card in the hopes of generating a new lead.

The cards depict cold cases of homicide victims, unidentified victims or missing persons, and they are distributed to area jails and prisons in the hopes that an inmate has heard something while incarcerated. As Watts said, “They talk.”

Detectives remain committed to following up on any information that may surface.

“We know this family needs closure,” Watts said. “We really want to be able to provide them with that.”

A former softball player at Langston University, Hudson was going through a rough time while working as a waitress at Chili’s in Stillwater, her mother said. She had broken up with her boyfriend, had a miscarriage and lost her beloved dog, Zig.

“Even though we would talk every day … and she would say that she was OK, I don’t believe she was,” Stephanie Hudson said.

Darian’s younger siblings, a 23-year-old brother and 19-year-old sister, are the only things keeping her going, her mother said, because she wants to be strong for them.

“I believe that she’s still out there, and I’m going to continue to believe that until someone tells me otherwise,” she said.

Hudson said she hopes anyone who knows of Darian Hudson’s whereabouts will do the right thing and come forward.

Hudson is described as a 5-foot-3, 120-pound light-skinned black woman with black hair, brown eyes and a tattoo of a feather and five birds with the words “Birds of a feather flock together” on the back of her right shoulder.

Anyone with information about her whereabouts or who saw anything unusual at the intersection around the time she disappeared is asked to contact Detective Mary Kellison at 405-742-8357 or the OSBI at 800-522-8017 or tips@osbi.ok.gov.

Stacey Abrams on voting rights, her next move

The Treasury Department said this week the $1,400 payments should begin showing up in bank accounts and, eventually, mail boxes.

Michael Overall: Downtown Tulsa's shopping mall failed in the '80s, but would it succeed now?

"This is a cause of even greater significance," said Rep. Jim Olsen, R-Sallisaw, in presenting Senate Bill 612, by Sen. Nathan Dahm, R-Broken Arrow, to the House Public Health Committee on Wednesday.

Kayse Shrum to be Oklahoma State University's next president

After about 14 hours in executive session, the regents met in open session and voted unanimously for Shrum's appointment as successor to OSU’s current president, Burns Hargis.

Some businesses near the Hotel to Housing at 41st Street and Garnett Avenue say panhandling, loitering and vandalism have increased since the facility opened in early March.

Woman with world's longest nails cuts them after nearly 30 years

The Texan who had the world's longest nails grown by a woman can finally open a door without fear after cutting them.

Darian Hudson has a tattoo on her back right shoulder that reads “Birds of a feather flock together.” Courtesy Stephanie Hudson.

A screen capture of a Twitter conversation between Darian Hudson and a friend.