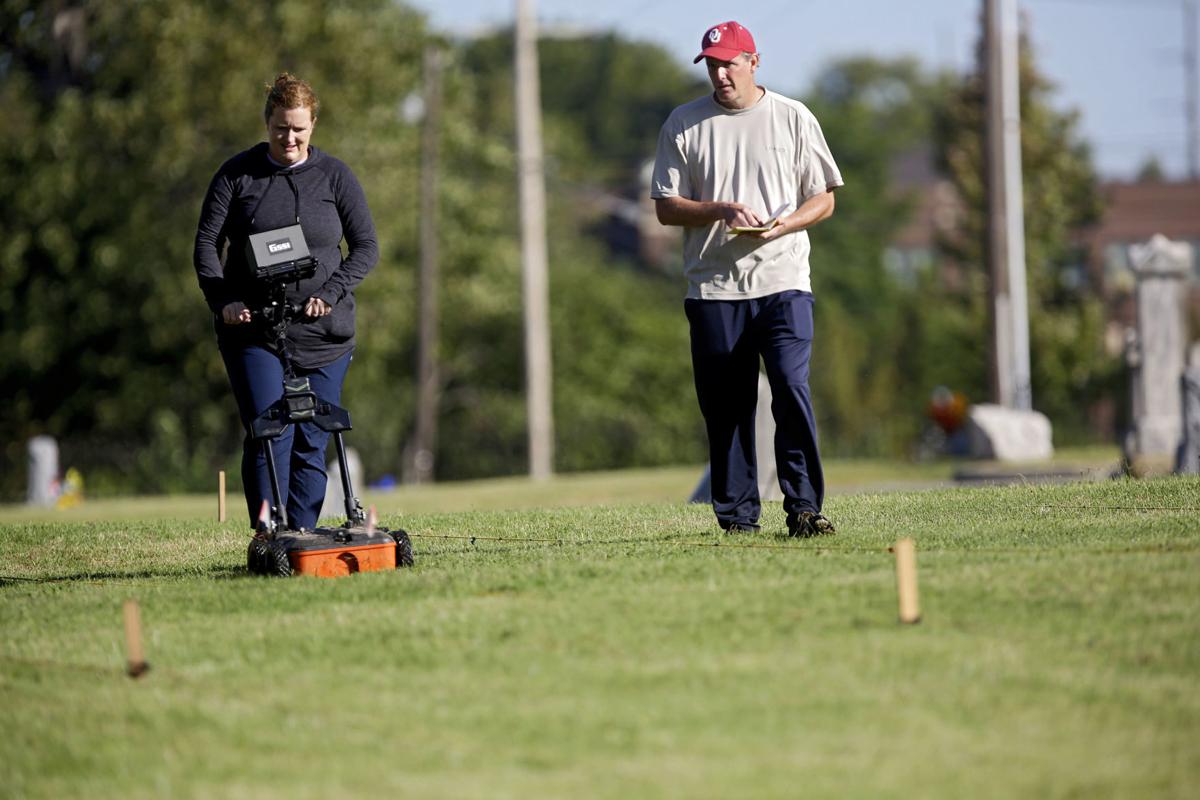 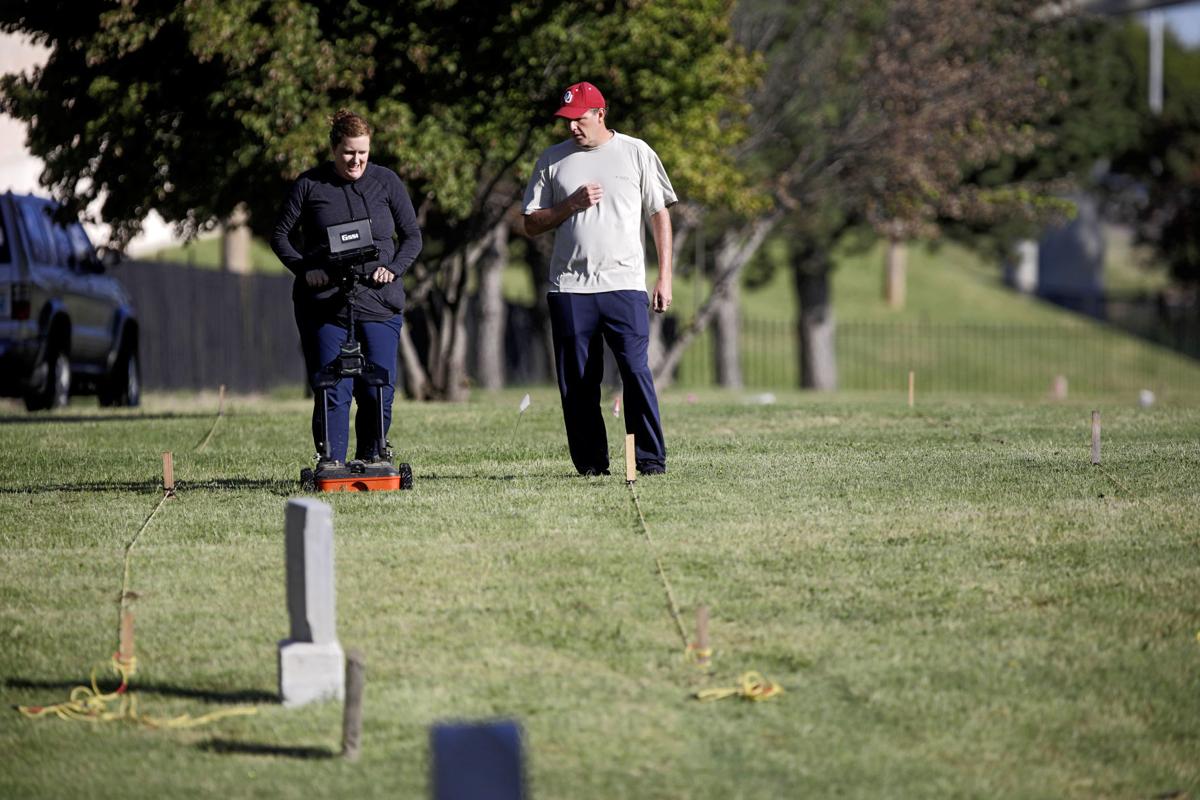 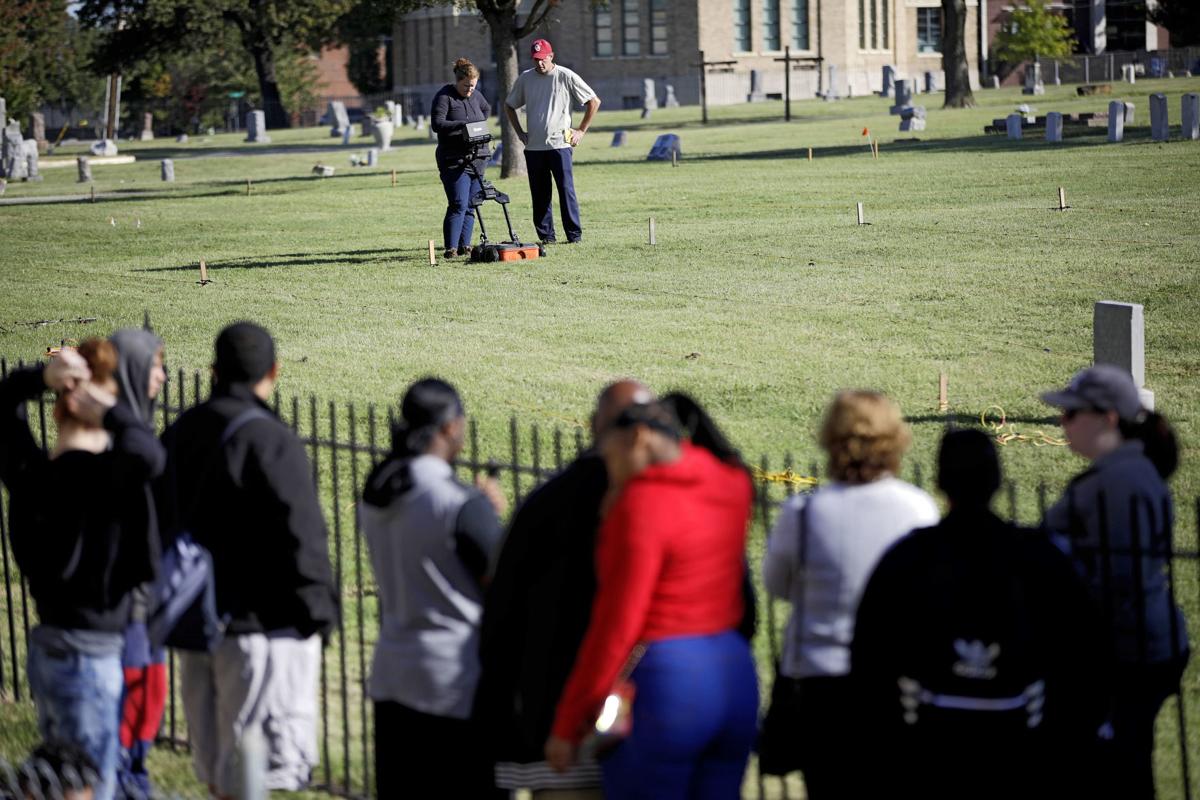 After a restart and a bit of retooling, scientists enjoyed an uneventful and productive day surveying areas of Oaklawn Cemetery for unmarked burial sites from the 1921 Tulsa Race Massacre.

The Oklahoma Archeological Survey team had to retrace its efforts from Monday because data gathered with subsurface scanning equipment was corrupted by interference from spectators’ electronics and Blue Tooth devices and from traffic on the adjacent highway.

The team still had to make some adjustments to its equipment on Tuesday, mostly because of the highway traffic.

The area surveyed Tuesday is near the southwest edge of the cemetery. The area has few markers, and officials said former cemetery employees had identified it as a place they believed massacre victims were buried.

Yellow tape marked off a large section of the cemetery on Tuesday, and a guard and a city employee met visitors at the gate. Unlike Monday, when a large number of spectators, including reporters and photographers, came to watch proceedings, few people except the workers were in evidence.

Mayor G.T. Bynum’s office has insisted that the Oklahoma Archeological Survey crew’s work be as open to the public as possible, but after Monday’s disruption, it issued a notice that cellphones and cameras are to be turned off if within 300 feet of the scanning equipment and that photography will be allowed only from a distance.

The notice also warns against loud noise, including talking.

It is unclear when the headstones were placed or if they mark the two men’s actual burial sites. It is thought if two massacre victims are buried there, others might be nearby.

The team plans to scan at least two other sites at Oaklawn over the next three days. Scanning in and around Newblock Park, 1414 W. Charles Page Boulevard, and at Rolling Oaks Cemetery, 4300 E. 91st St., is also planned.

What is now Newblock Park was the city dump at the time of the massacre, and several oral histories have marked it as a place where bodies may have been taken. A nearby location, now a tent encampment by the Arkansas River, has also been identified as a place to search.

Rolling Oaks Cemetery was once known as Booker T. Washington Cemetery and was formerly reserved for African Americans. At least two other black cemeteries are in the immediate vicinity.