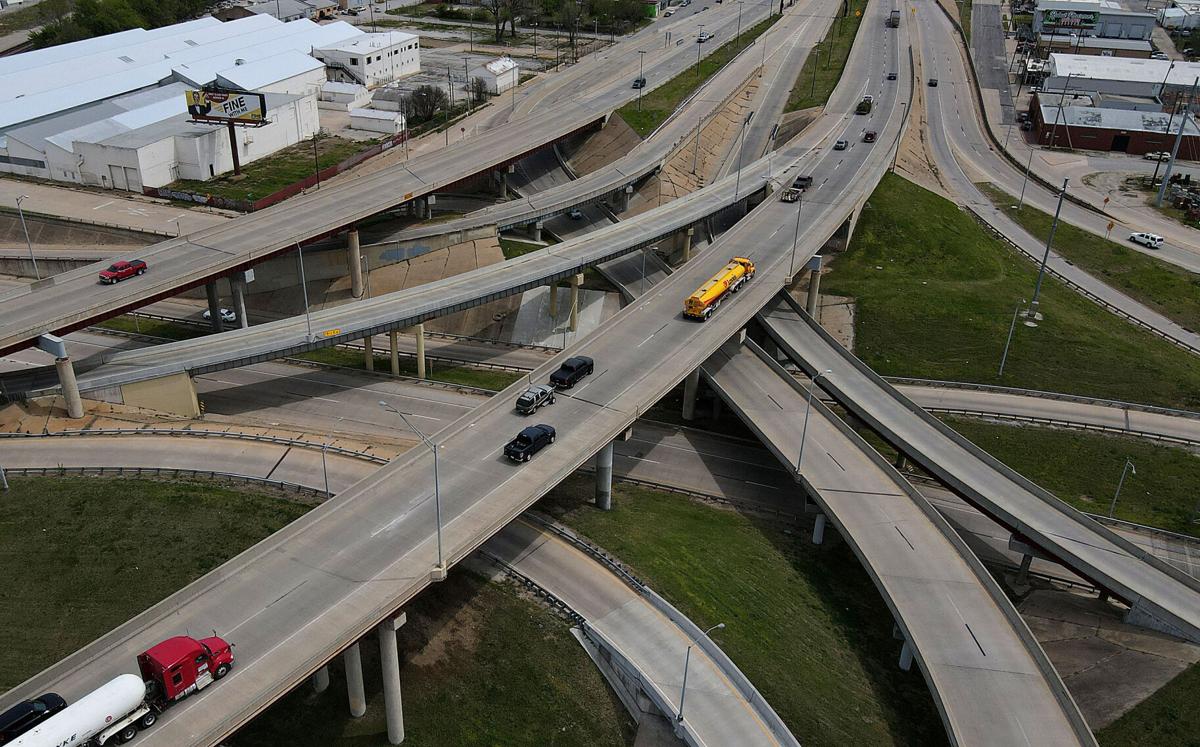 Traffic travels Monday on bridges on the Inner Dispersal Loop on the north side of downtown Tulsa. The state has 2,326 bridges and over 1,004 miles of highway in poor condition, according a breakdown of infrastructure needs released by the White House. 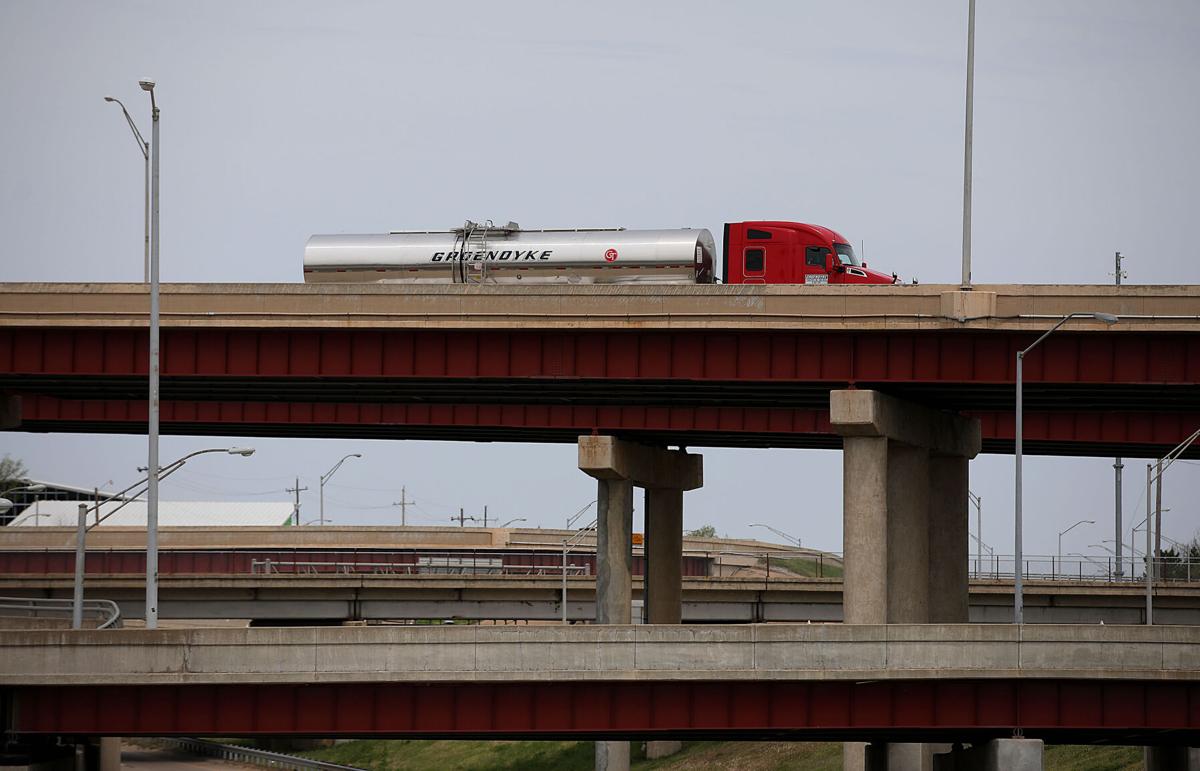 Traffic drives on bridges on the Inner Dispersal Loop on the north side of downtown on Monday. 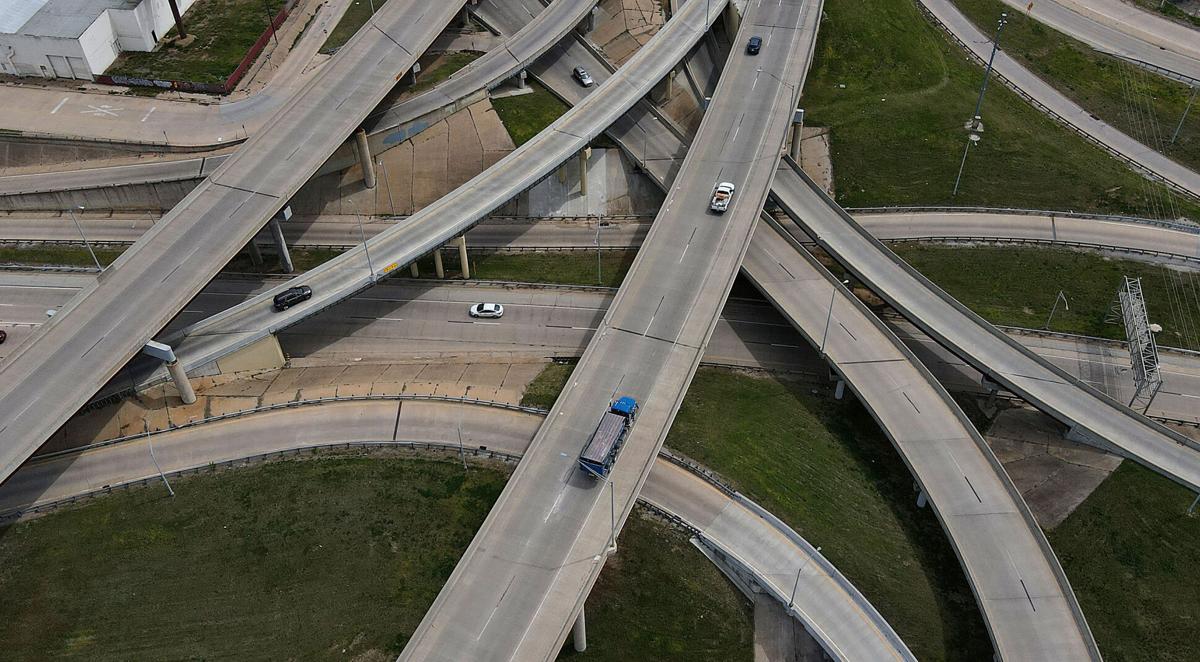 Motorists drive on bridges on the Inner Dispersal Loop on the north side of downtown on Monday.

Oklahoma’s infrastructure needs are outlined in a dozen areas in a state-by-state breakdown of President Joe Biden’s $2.3 trillion plan to improve them.

Among areas outlined in the breakdown:

In Oklahoma there are 2,326 bridges and over 1,004 miles of highway in poor condition. Since 2011, commute times have increased by 7.7% in Oklahoma and on average, each driver pays $394 per year in costs due to driving on roads in need of repair.

Over the next 20 years, Oklahoma’s drinking water infrastructure will require $6.9 billion in additional funding.

Twenty-four percent of Oklahomans live in areas where, by one definition, there is no broadband infrastructure that provides minimally acceptable speeds. And 55.5% of Oklahomans live in areas where there is only one such internet provider. Even where infrastructure is available, broadband may be too expensive to be within reach. Sixteen percent of Oklahoma households do not have an internet subscription.

In Oklahoma, there is an estimated $624 million gap in what schools need to do for maintenance and make improvements, and 55% of residents live in a childcare desert.

The state-by-state breakdown, which did not identify specific projects, was released by the White House on Monday. Unlike most states, Oklahoma did not receive a letter grade for its infrastructure.

The highest grades went to Utah and Georgia, which each had a C-plus; the lowest went to Puerto Rico, which had a D-minus.

The figures in the state summaries paint a decidedly bleak outlook for the world’s largest economy after years of repairs being deferred and delayed, The Associated Press reported.

They suggest that too much infrastructure is unsafe for vehicles at any speed, while highlighting the costs of extreme weather events that have become more frequent with climate change as well as dead spots for broadband and a dearth of child care options.

“We don’t have a lot of work to do to persuade the American people that U.S. infrastructure needs major improvement,” Transportation Secretary Pete Buttigieg said on Fox News Channel’s “Fox News Sunday” ahead of the report’s release. “The American people already know it.”

Republican lawmakers have been quick to reject the infrastructure proposal from Biden. They say just a fraction of the spending goes to what they defiine as traditional infrastructure, as $400 billion would expand Medicaid support for caregivers and substantial portions would fund electric vehicle charging stations and address the racial injustice of highways that were built in ways that destroyed Black neighborhoods.

Republican lawmakers also object to funding the package by increasing the corporate tax rate from 21% to 28% and increasing the global minimum tax, among other tax changes including stepped-up IRS enforcement being proposed by the Biden administration.

“This is a massive social welfare spending program combined with a massive tax increase on small-business job creators,” Sen. Roger Wicker, R-Miss., said on ABC’s “This Week” on Sunday. “I can’t think of a worse thing to do.”

Sen. James Lankford, R-Okla., last week during a Zoom call with the Tulsa Regional Chamber, was asked his “top two or three” priorities for infrastructure.

“Let me give you some things that may surprise you,” Lankford replied. “I think our water infrastructure should be one of our top things. Not just the movements of our ports, which is extremely important, … but the movement of clean water and sewage water.

Roads, bridges and airports — things that for decades have essentially defined infrastructure — remain important, Lankford said, but already receive most of the attention and most of the money.

“Just drive anywhere in Tulsa,” he said. “There’s a road under construction.”

Last August, Gov. Kevin Stitt announced Oklahoma had reached a “top 10” status for the first time in bridge conditions after the state Department of Transportation launched a “massive effort” in 2005 to repair structurally deficient bridges.

The Associated Press contributed to this story.

Photos: See a bird’s-eye view of traffic and construction along the I-44

Traffic travels Monday on bridges on the Inner Dispersal Loop on the north side of downtown Tulsa. The state has 2,326 bridges and over 1,004 miles of highway in poor condition, according a breakdown of infrastructure needs released by the White House.

Traffic drives on bridges on the Inner Dispersal Loop on the north side of downtown on Monday.

Motorists drive on bridges on the Inner Dispersal Loop on the north side of downtown on Monday.