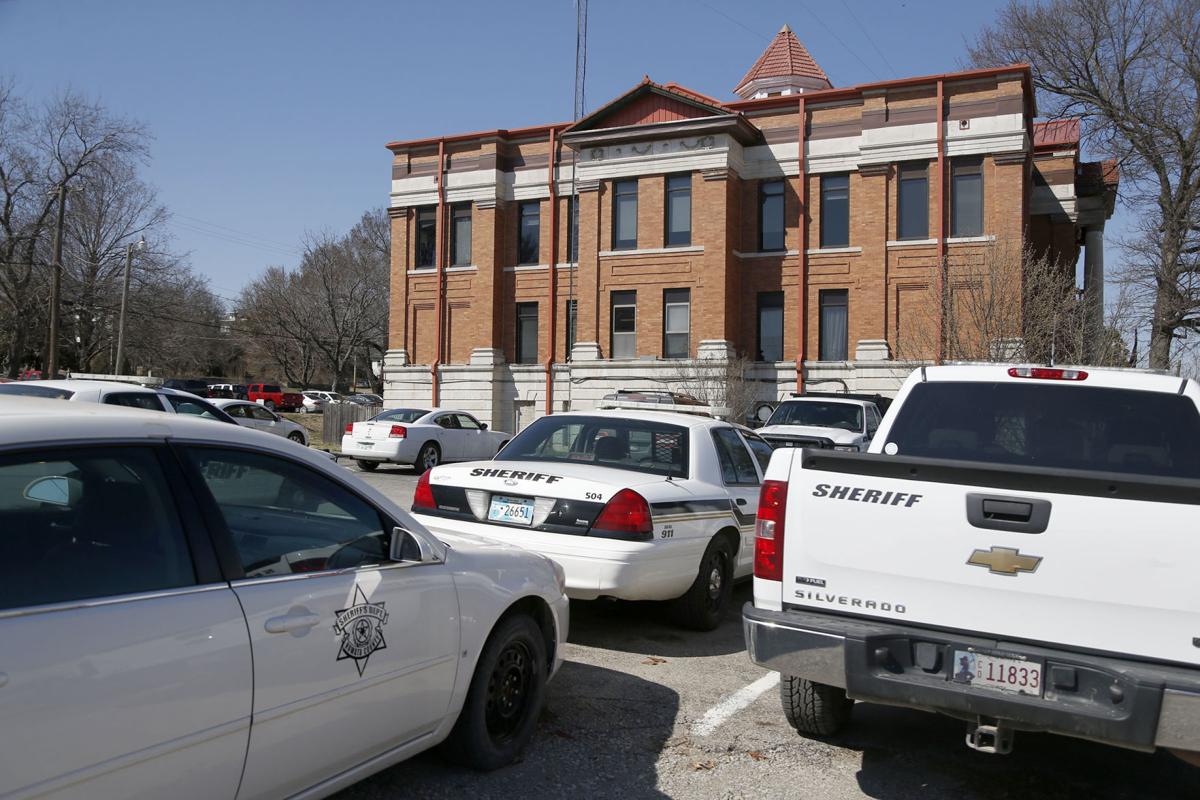 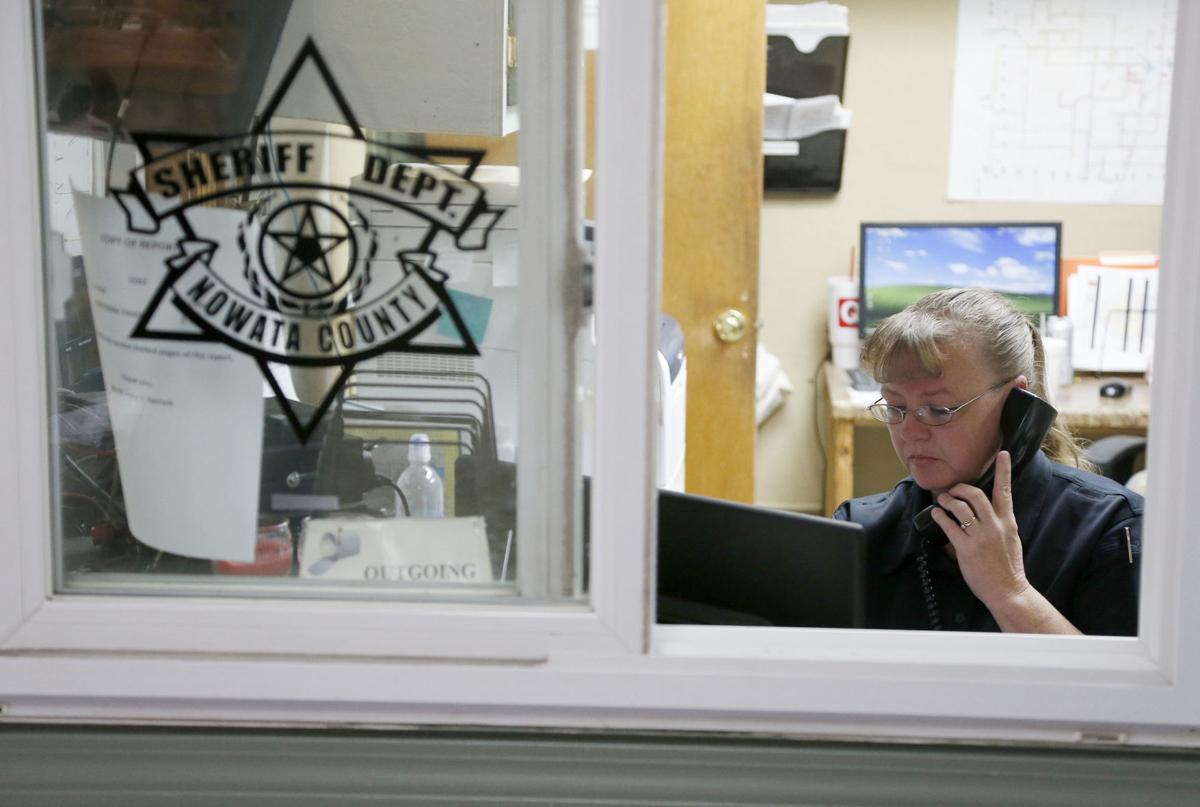 Dispatcher Dede Kerns answers the phones at the Nowata County Sheriff’s Office on Monday after the sheriff, undersheriff and deputies all resigned. STEPHEN PINGRY/Tulsa World 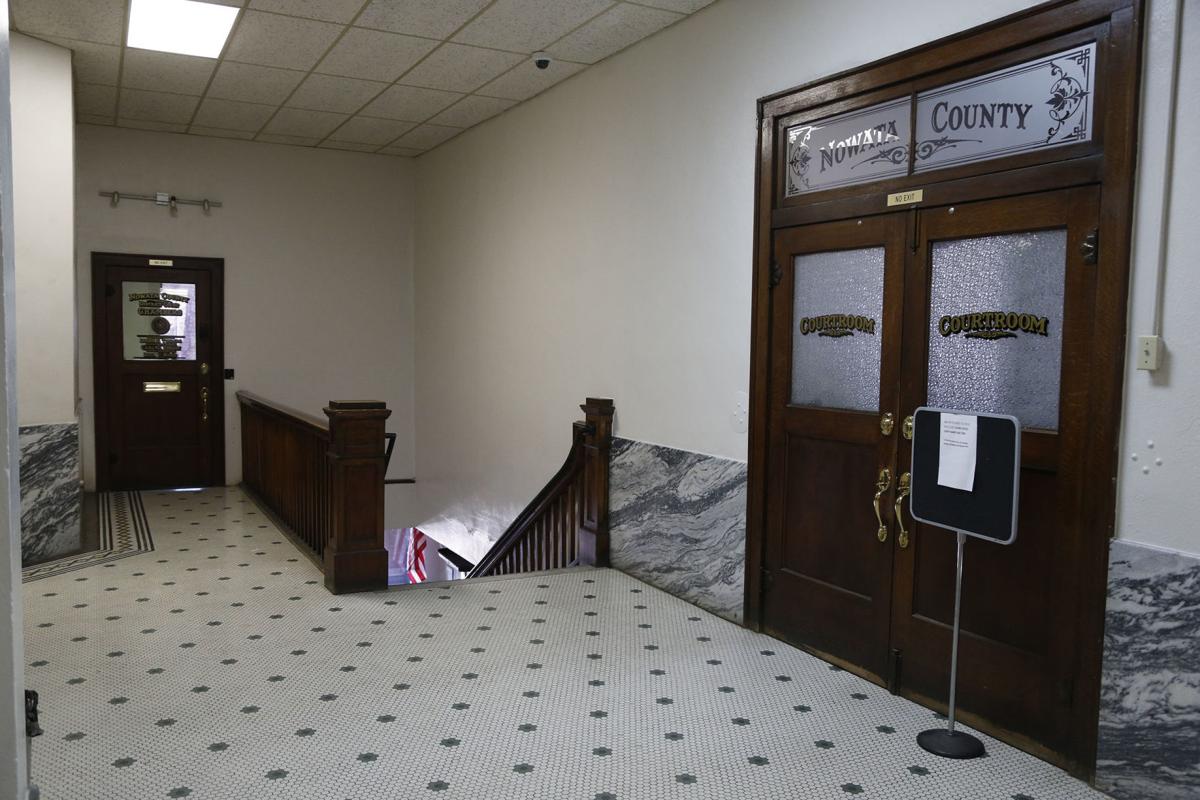 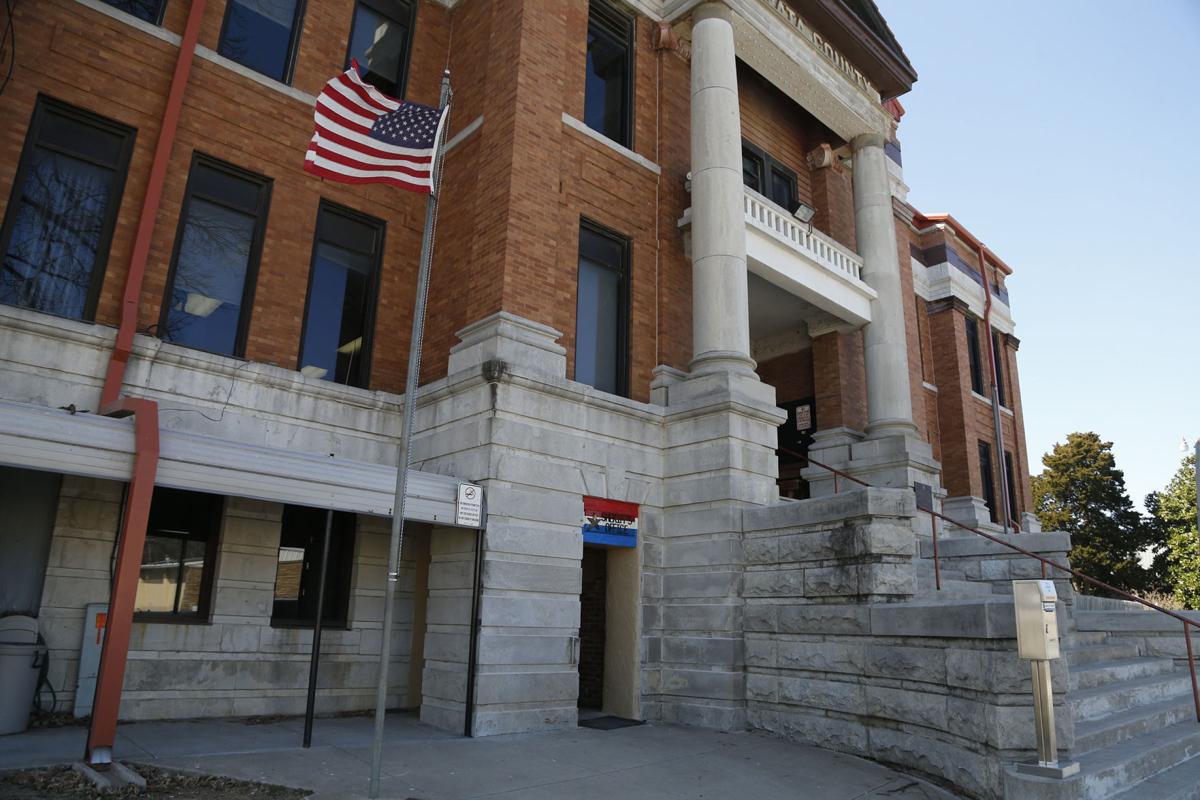 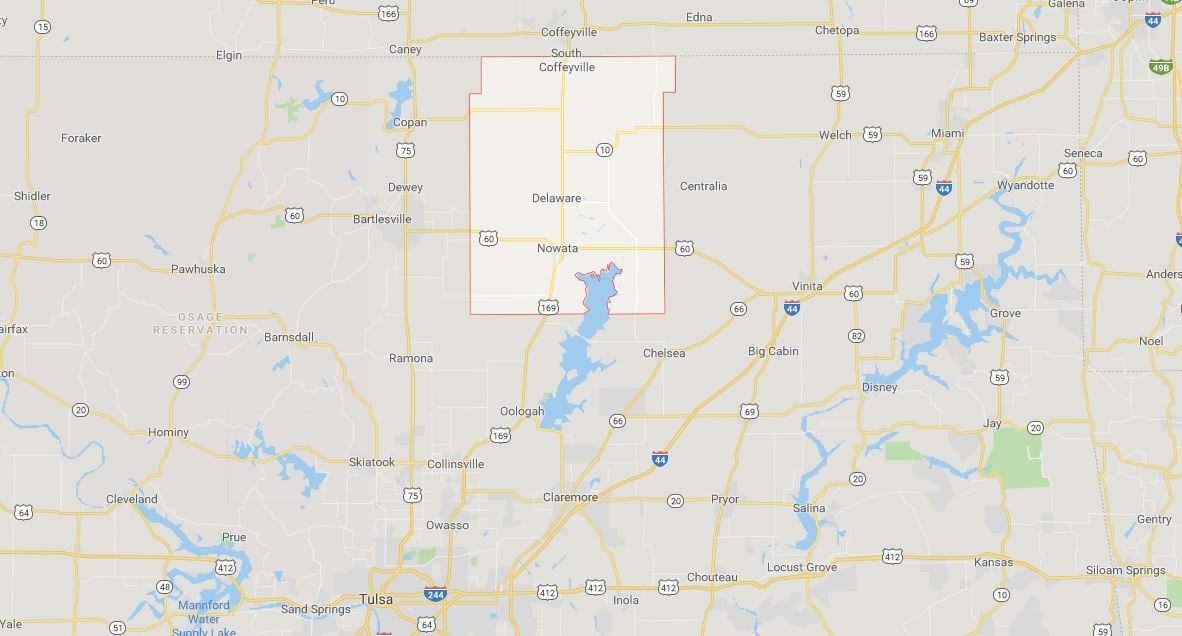 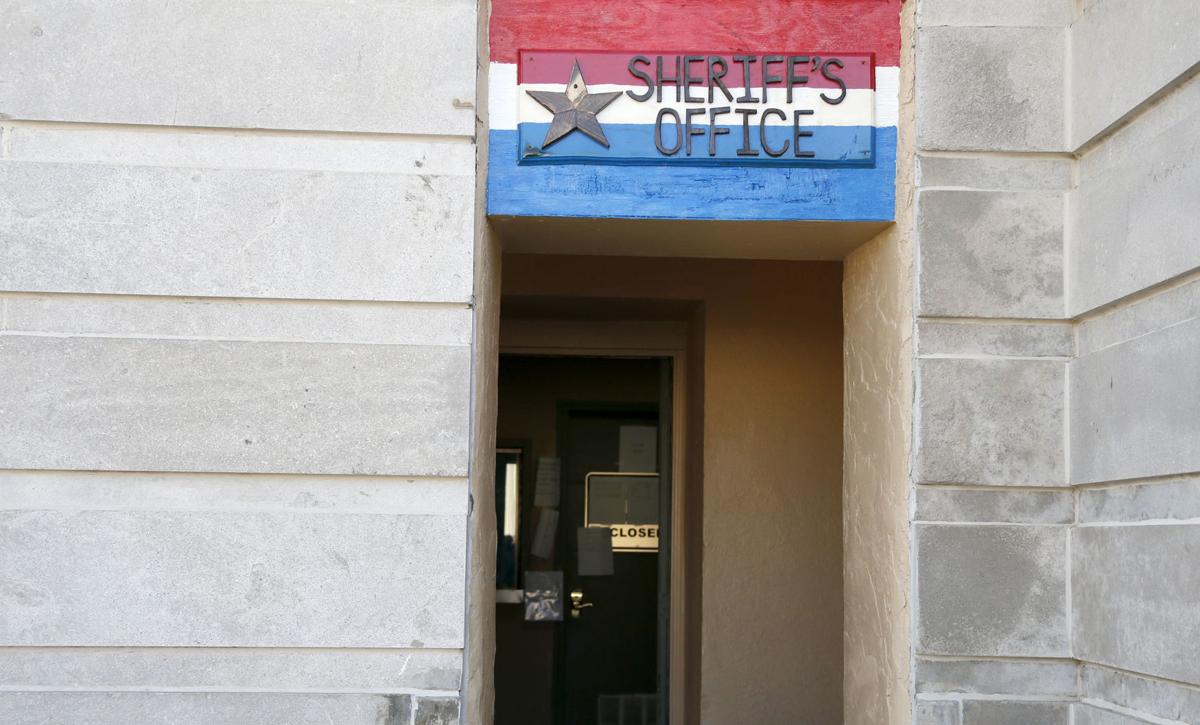 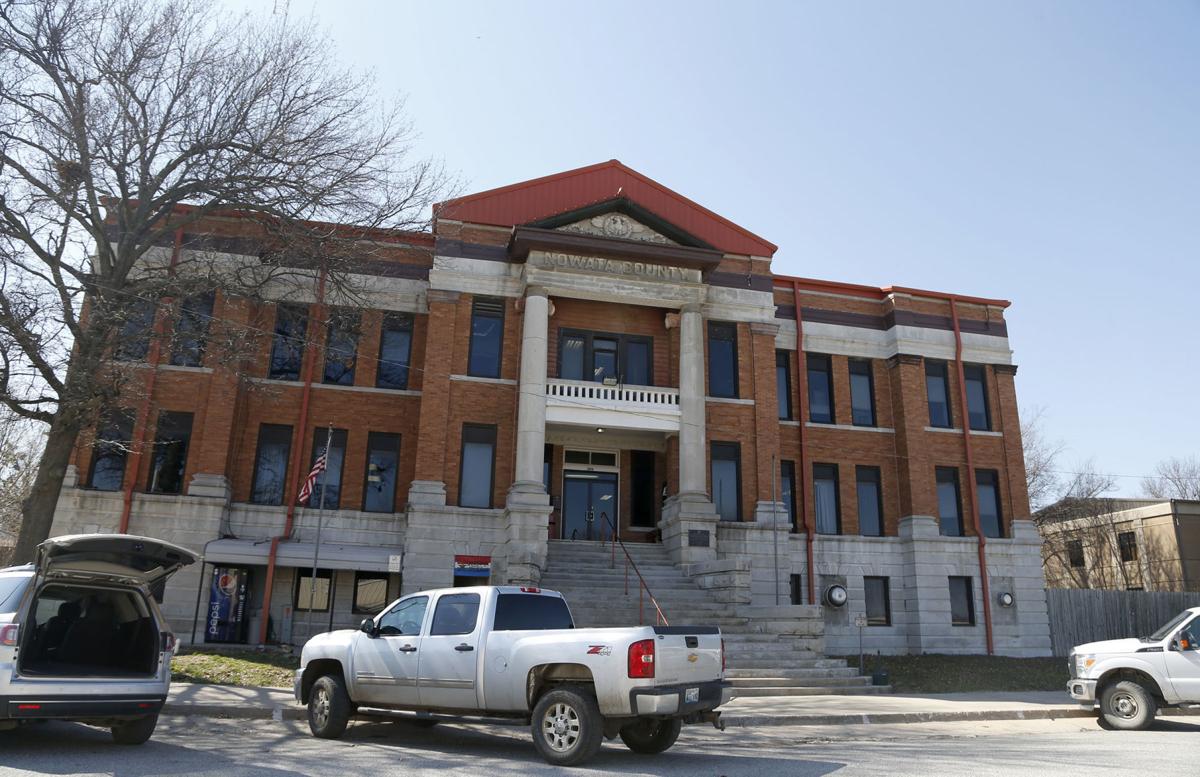 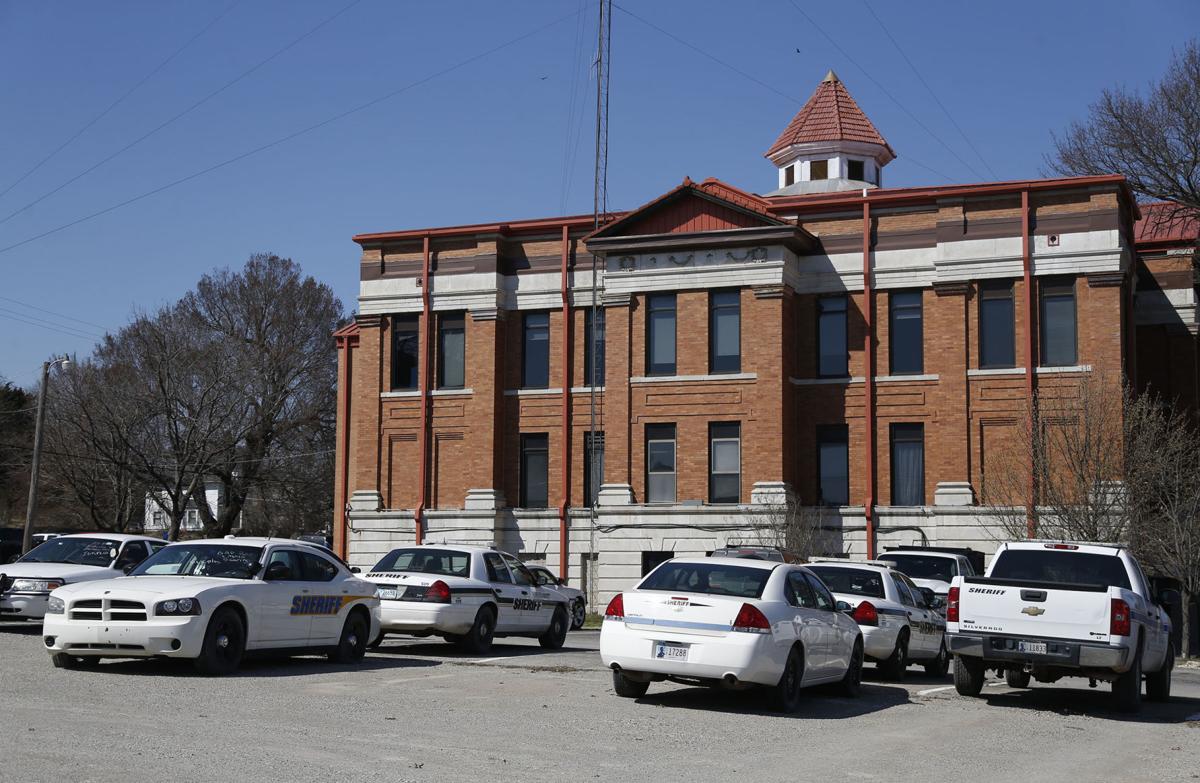 NOWATA — Nowata County is without a sheriff’s agency after Sheriff Terry Barnett resigned along with the undersheriff, the rest of the county’s deputies and most jail staff over safety issues related to the county jail.

During a news conference Wednesday, Barnett said multiple issues at the jail, including carbon monoxide leaks and electrical problems involving exposed wires, have not been fixed.

She said someone is answering phone calls to the Sheriff’s Office but that law enforcement calls would be directed to other agencies, such as the South Coffeyville Police Department or the Oklahoma Highway Patrol.

Nowata County inmates have been housed in the Washington County jail in Bartlesville because of safety concerns since major problems surfaced Feb. 28.

Barnett and Undersheriff Mark Kirschner said they both resigned because law enforcement was under pressure from Nowata County Associate District Judge Carl Gibson to keep the jail open despite the safety problems.

“I will not sweep these things under the carpet,” she said.

She alleged that Gibson told her he could raise her salary to $75,000 if inmates were returned to the jail.

“I do feel like he tried to bribe me last Thursday,” she said, adding that her salary as an elected official is set by statute.

“On Thursday, Judge Gibson asked to meet with me, and he felt that Nowata County was going to become a train wreck if we continued to house prisoners elsewhere,” she said.

“He stated to me, ‘Let’s say you go to Greece for two weeks, and when you come back, the jail is open and has passed all inspections and the prisoners are returned.’

“He also stated to me he felt like he could get my salary up to around $75,000 in order for me to increase the salaries of employees who work in the Sheriff’s Office. I advised the judge at that time my salary is dictated by statute. He also stated he could put paperwork in place for me that would protect me from all personal liability involving the jail, which I know he cannot do.

“I looked straight at the judge and asked him, ‘Are you compromising my integrity?’ The judge never responded. I continued to visit with the judge a little bit and informed him under no circumstances will I shove anything under the carpet concerning Nowata County. I also stated directly to him I feel that Nowata County is an extremely corrupt county.

“When I was elected, I said I would do the right thing. I was hopeful to see change in Nowata County. But now I see without support it is only continuing to create a dangerous situation. Instead of looking for solutions, many would prefer to hope and pray that nothing will happen. Today, as I leave this office officially at 11, I, too, hope and pray nothing happens, that our prisoners remain safe wherever they are and our employees remain safe. But I will not sweep these things under the carpet.”

“I will continue to support Nowata County, but under this environment it is impossible for me to continue.”

“I came in here, was ordered up here by the judge, and he basically said if I don’t get prisoners back over here I would be in contempt and go to jail, and this job is not worth me going to jail. I have a family to take care of,” he said.

Kirschner said the judge feels like outsourcing is “breaking the bank” of the county, but he said it’s cheaper to outsource than to try to keep the jail open.

Barnett also cited the following issues with the jail:

• It does not comply with constitutional standards.

• The fire alarm system as mandated by the fire marshal is not in place.

• The cause of the carbon monoxide issue, which required four employees to go to the emergency room, has not been determined.

• The wiring is exposed in shower areas and throughout the jail; inmates have been shocked.

• There is mold throughout the jail.

• A snake fell on a prisoner’s head after a jail door was opened.

“I have been informed by Judge Gibson that he is going to mandate me to bring prisoners back to the county jail today or be held in contempt of court. I cannot do so in good conscience,” Barnett said.

A message left with Gibson’s office was not returned. Officials at the Nowata County Courthouse said Gibson was not in his office Monday afternoon and issued a statement saying he would not comment on the allegations.

Doug Sonenberg, Nowata County District 2 commissioner, declined to comment at the courthouse Monday, saying he was still trying to figure out what was going on.

District 3 Commissioner Troy Friddle, reached by phone, said the Sheriff’s Office payroll last month was about $27,000. This month, it was more than $30,000.

“I question this because we have no prisoners,” he said.

Friddle said all county offices need to work together to fix the issues at the jail, “because we’re gonna struggle.”

The county has about three months of operating revenue left for the Sheriff’s Office, Friddle said.

“I don’t want to be the bad guy, but someone has to say something,” he said.

She said the office dispatches not only law enforcement but fire and ambulance, as well.

“If we all leave, all of those emergency services go away, and the community suffers.”

Cody Lowen, one of the detention officers who decided to stay, said he has a wife and 4-year-old son to support.

He said the jail can be fixed if the community can come together and work on it.

Kelsy Schlotthauer contributed to this story.

Nowata County commissioners appointed a new sheriff Wednesday after most of the office resigned at the start of the week amid turmoil about the shuttered jail.

Dispatcher Dede Kerns answers the phones at the Nowata County Sheriff’s Office on Monday after the sheriff, undersheriff and deputies all resigned. STEPHEN PINGRY/Tulsa World