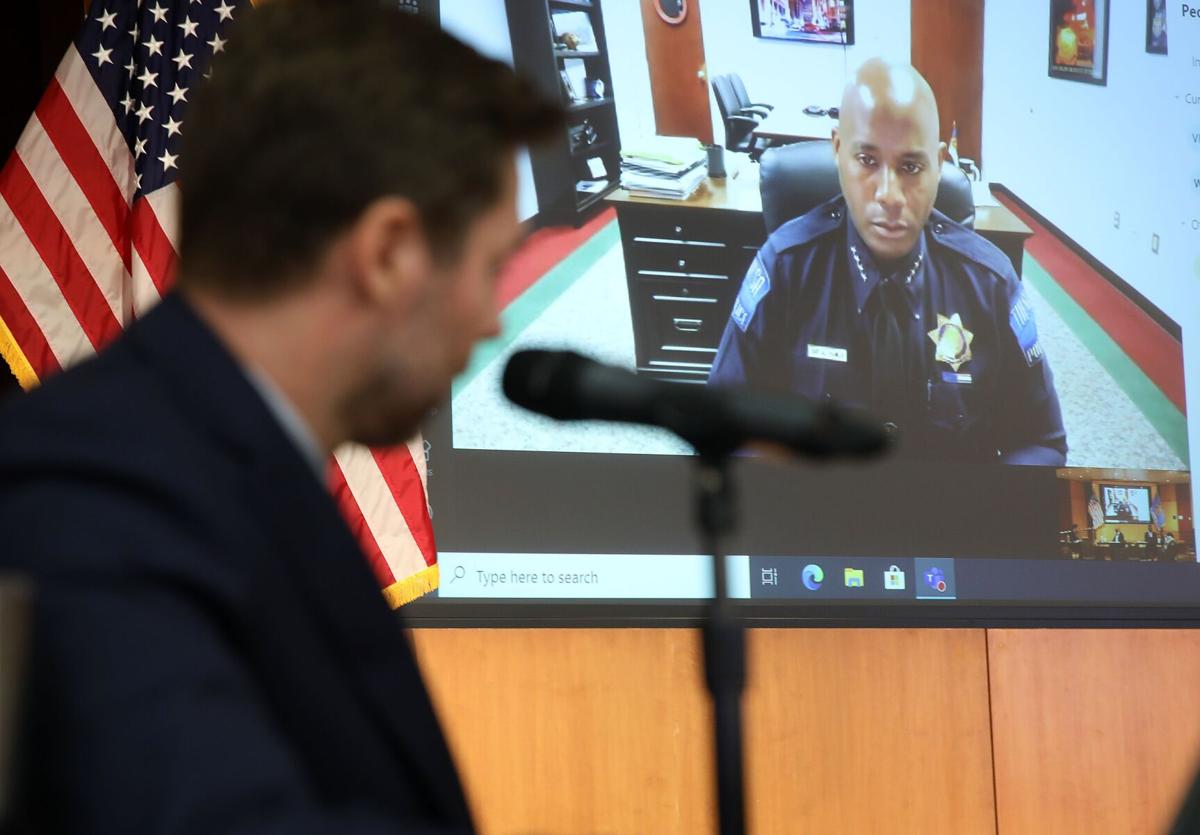 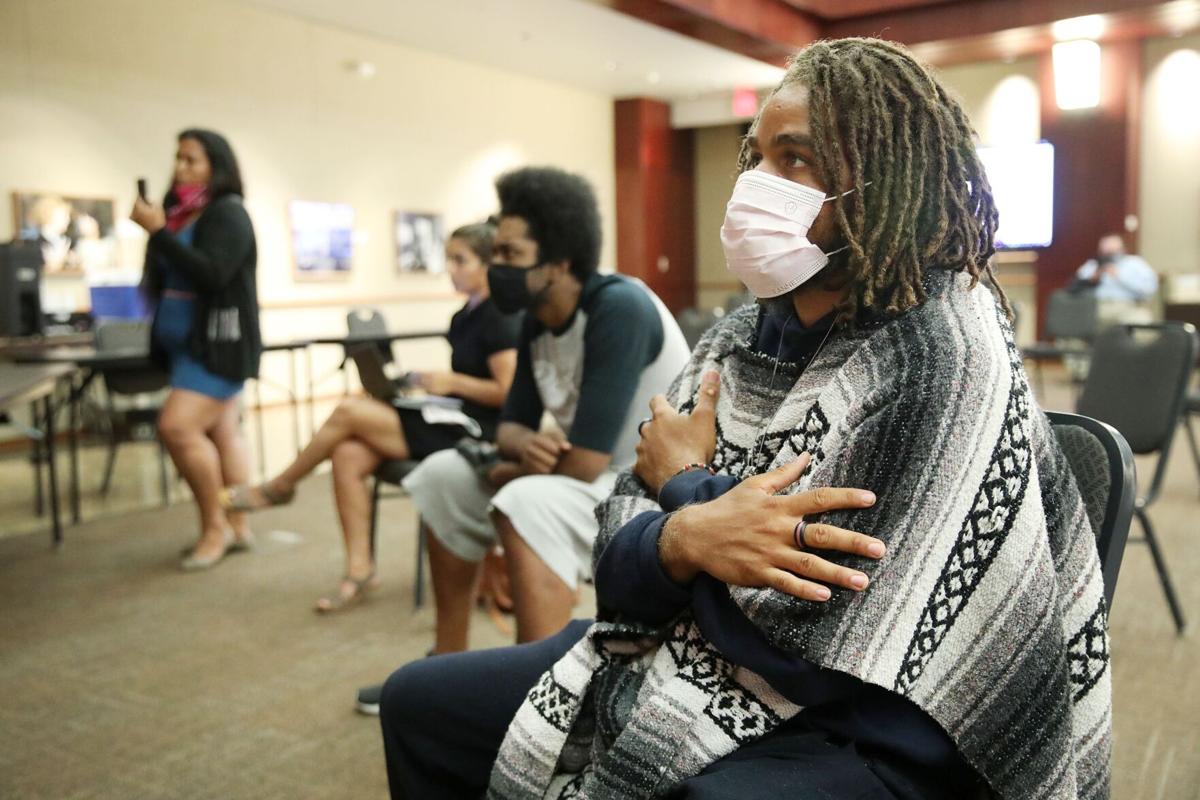 Jahaven Brandison (right) listens to Tulsa Police Chief Wendell Franklin's presentation during a bipartisan study of race relations in Oklahoma at the Oklahoma History Center in Oklahoma City on Thursday. 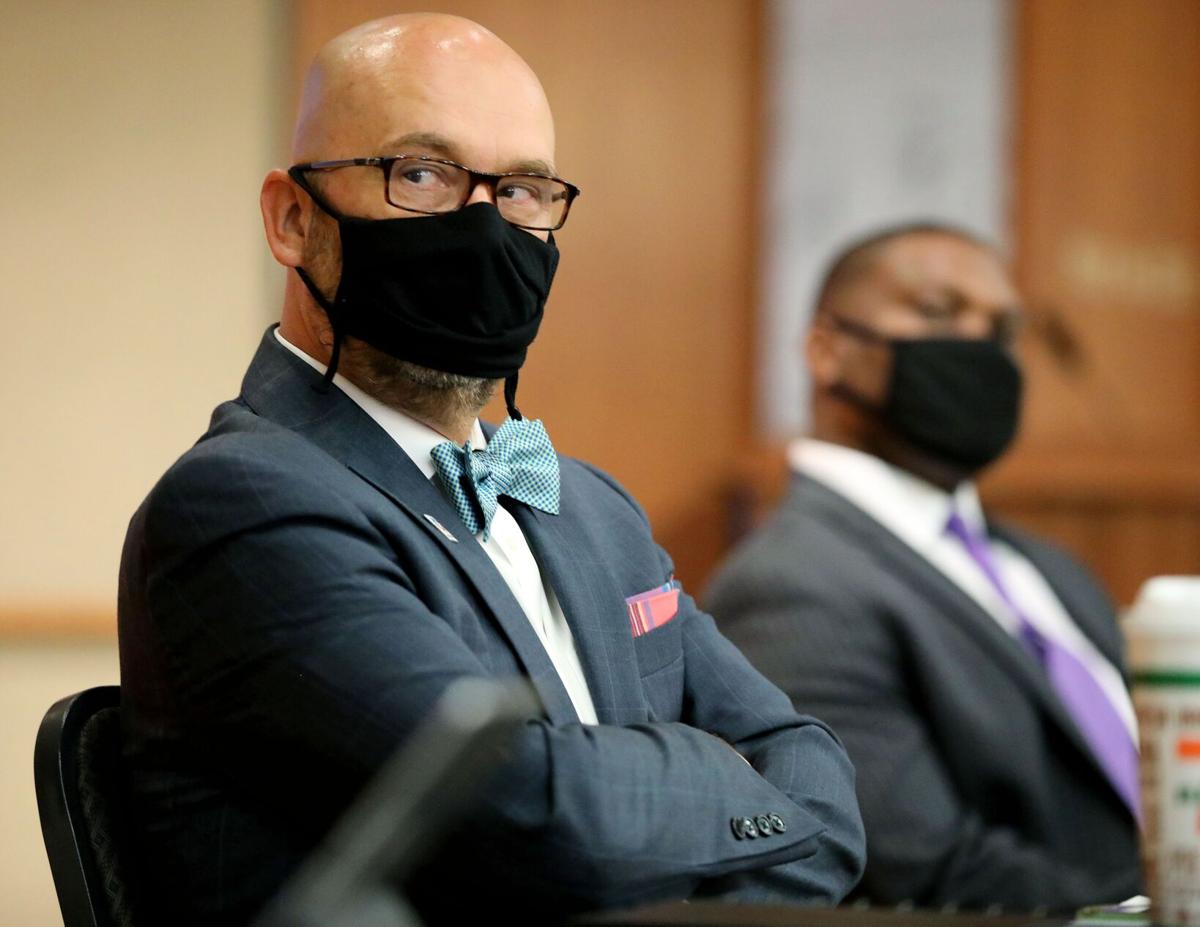 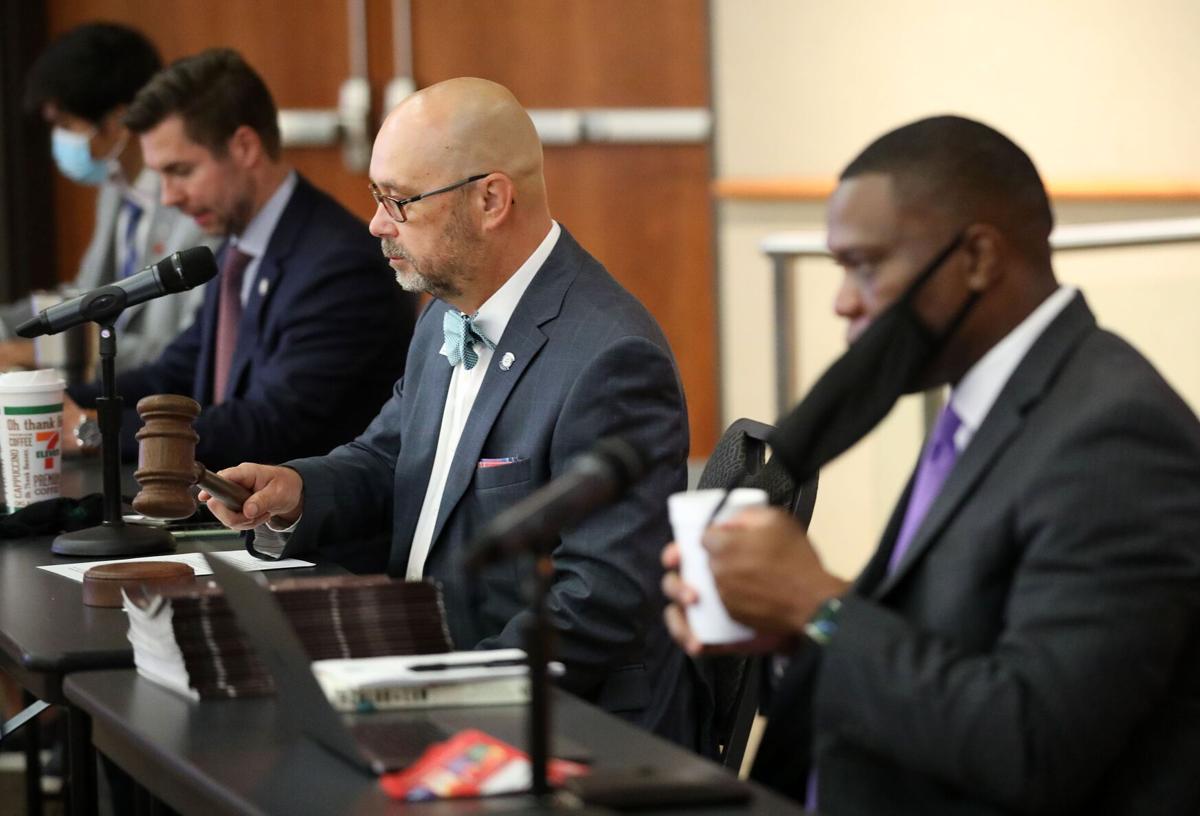 Rep. Mike Osburn, R-Edmond, gavels in a meeting as part of a bipartisan study of race relations in Oklahoma at the Oklahoma History Center in Oklahoma City on Thursday.

OKLAHOMA CITY — Oklahoma lawmakers are interested enough in police and criminal justice reform to have studied the matter at length this fall.

Whether that interest can be translated into action in next year’s legislative session is another matter.

“Hearing how many other states are doing stuff and doing it in a bipartisan way tells me Oklahoma can do something,” said Rep. Monroe Nichols, D-Tulsa, after hearing more than seven hours of testimony at a legislative hearing Tuesday.

At the outset, Osburn noted that the foursome consisted of two white suburban men and two black urban men “with very different perspectives and experiences.”

“Our worlds are very different, and that’s OK,” said Osburn. “That’s the whole point. It’s about everybody understanding each other better.”

The study was titled “A Bipartisan Study of Race Relations in Oklahoma” and was moved from one of the cramped Capitol meeting rooms to a larger space across the street in the Oklahoma History Center in anticipation of a large crowd.

The extra space, in the age of COVID, was needed, though spectators were relatively few. That expedited moving through a long list of speakers on potentially contentious issues.

One idea that might have pricked up a few ears was Tulsa Police Chief Wendell Franklin’s remark that he and Tulsa County Sheriff Vic Regalado are discussing some sort of joint unit to investigate officer-involved shootings.

Public pressure has been mounting for some time for the Tulsa Police Department to turn such investigations over to an independent body.

Nichols tried to get Franklin to commit to working on citizen oversight legislation that would be acceptable to law enforcement, but the chief wouldn’t quite go there.

“I’m certainly open to having someone sitting in the room, seeing what we do, and they’re welcome to reporting out and saying, ‘Yes, our police force is doing incredible work,’” said Franklin.

The study began with a discussion of reform efforts in other states, and particularly Iowa, where the Legislature managed to pass a justice reform measure in a matter of a few days earlier this year.

While somewhat limited in scope, it does provide for a statewide database aimed at preventing law officers from bouncing from job to job after being fired for misconduct.

It also gave the state attorney general new authority to investigate and prosecute potential misuse of force and misconduct.

The most obvious consensus target for Oklahoma legislators, judging from this fall’s interim studies, seems to be training.

According to one estimate, the state has roughly 550 law enforcement agencies, each with its own policies and training requirements. Large police forces, including Tulsa’s, have their own academies, but the majority of communities rely on the Council on Law Enforcement Education and Training, or CLEET, whose state funding has steadily deteriorated over the past decade.

While all of that sounds difficult enough, Nichols hopes it starts even tougher discussions.

“By putting this issue front and center, my hope is we can have similar discussions about education, about health, and about jobs and the economy,” he said.

Warren Hamilton, the Republican candidate running for the Oklahoma District 7 state Senate seat, said he disagreed with the newspaper requiring masks to follow a city ordinance and to help slow community spread of COVID-19.

Amid the swirling mayhem of 2020, Republican incumbent Kevin Hern and Democratic challenger Kojo Asamoa-Caesar have quietly gone about the business of trying to beat each other in the 1st Congressional District.

Tulsa County Election Board Secretary Gwen Freeman has added dozens of works to handle the crush of absentee ballots, which by mid-morning Thursday had reached 25,500. She expects to get 100,000 or more by the time voting ends at 7 p.m. on Nov. 3.

The state plans to pay two contracted companies to manage care for most Oklahoma Medicaid recipients. The set payments drive managed care companies to drive down costs so they can earn profits.

The state plans to pay two contracted companies to manage care for most Oklahoma Medicaid recipients. The set payments drive managed care companies to drive down costs so they can earn profits.

SQ 805 is a proposed state constitutional amendment that would ban what are known as sentence enhancements for certain crimes and would allow those serving enhanced sentences to apply for reductions.

Oklahoma is ready to resume death-row executions with the same three-drug protocol in use when lethal injections were suspended in 2015, officials said Wednesday.

Jahaven Brandison (right) listens to Tulsa Police Chief Wendell Franklin's presentation during a bipartisan study of race relations in Oklahoma at the Oklahoma History Center in Oklahoma City on Thursday.

Rep. Mike Osburn, R-Edmond, gavels in a meeting as part of a bipartisan study of race relations in Oklahoma at the Oklahoma History Center in Oklahoma City on Thursday.