Cherokee Nation officials on Friday assailed the state of Oklahoma’s attempts to overturn the U.S. Supreme Court’s landmark McGirt ruling and defended the tribe’s handling of hundreds of cases that have resulted from the decision.

Cherokee Nation Attorney General Sara Hill said the state of Oklahoma has attempted in its pleadings to paint a “false picture of Oklahoma in chaos” in its efforts to persuade the U.S. Supreme Court to overturn its own decision.

“Overturning McGirt has been the governor’s top priority, by his own declaration, for over a year now, basically since the decision came out,” Hill said in remarks to the media Friday over Zoom.

Oklahoma officials have asked the nation’s highest court to review nearly three dozen state appellate court rulings that have developed since the Supreme Court in 2020 and subsequent state court rulings determined that the state of Oklahoma did not have criminal jurisdiction in cases that involved American Indians when the crime occurred on one of six recently acknowledged as still intact tribal reservations in eastern Oklahoma.

Hill said that while the Cherokee Nation has been working with federal and local officials to implement the McGirt ruling, the state has instead been “working to undermine this cooperation.”

The Cherokee Nation filed a friend of the court brief Friday in one of those contested McGirt cases, urging the high court to reject the state’s request that it review the lower court ruling with the goal of overturning it.

The Oklahoma Court of Criminal Appeals had overturned the child neglect conviction and 35-year prison sentence of the defendant in the case, Victor Manuel Castro-Huerta, based on its meeting the criteria under the McGirt ruling.

In its amicus brief in the state’s Castro-Huerta appeal, the Cherokee Nation said the state of Oklahoma doesn’t cite a valid legal reason to overturn the ruling or permit the state to have joint jurisdiction in cases involving non-American Indian suspects and American Indian victims.

“Instead, it repeats arguments from McGirt that the court has already heard and rejected,” Hill said. “And it attempts to paint a false picture of Oklahoma in chaos.”

The Cherokee Nation, in its brief, gave the following response to claims by the city of Tulsa that no police officer has been subpoenaed to testify despite hundreds of cases being referred to tribal officials since McGirt was decided.

“Subpoenas are only necessary when testimony must be presented at trial (there are no grand juries or preliminary hearings in the Nation’s criminal courts), and approximately 90-95% of criminal cases plead out,” the Nation wrote in its filing.

The Cherokee Nation said it has filed charges in 261 of 395 cases referred to it by the Tulsa County District Attorney’s Office since the Oklahoma Court of Criminal Appeals determined in March that based on the McGirt ruling, the Cherokee Nation’s reservation was still intact, too.

Of the remaining cases, 49 are still under review and 85 were declined, “in part because some do not involve crimes on the Cherokee Reservation or Indian offenders, or have been taken by federal prosecutors” the tribe said.

City of Tulsa officials, in their own friend of the court brief filed last week with the city of Owasso, claimed that it had referred more than 1,100 cases to the Muscogee and Cherokee nations for prosecution and yet its officers had yet to be subpoenaed to testify in any of those cases.

“Gov. Stitt could have spent the months since the McGirt decision working with tribes and local partners to keep Oklahomans safe. Instead, he has not only refused to accept the Supreme Court’s ruling but has prioritized overturning the decision over solutions that would actually protect public safety.

“Our brief today demonstrates that the governor’s attacks on tribal sovereignty are inconsistent with the law and factually baseless. We hope the court will see through this blatantly political effort, reject the state’s petition, and put an end to the dangerous uncertainty and instability created by the state’s refusal to work with tribes.”

Asked about the claims that McGirt had created a prosecution gap among non-Indians committing minor crimes against Indians on reservations, Hill said:

“To the extent that there is no prosecution of those people, that can provide issues. Those are the sorts of things that the city of Tulsa should probably be talking with the Northern District of Oklahoma (U.S. Attorney’s Office) and the Cherokee Nation about.”

The acting U.S. Attorney for the Northern District of Oklahoma said last week that his office is prioritizing cases involving major criminal cases.

The U.S. Attorney’s Office for the Northern District of Oklahoma has reviewed almost 3,000 cases since the McGirt v. Oklahoma decision, Acting U.S. Attorney Clint Johnson said last week. “My office has opened over 900 of those cases — 450 of which have been indicted thus far — and referred 1,900 cases to the Cherokee or Muscogee Nations.

“Further, this office will continue to prosecute assaults on law enforcement officers acting in a federal capacity where we have jurisdiction.”

A spokeswoman for Gov. Kevin Stitt said “the state’s response will be directed to the Supreme Court at the appropriate time.”

Feb. 7, 2022: Gov. Stitt says ‘That’s not fair' regarding McGirt-related case at State of the State

Jan. 9, 2022: Most released due to McGirt have been charged either federally or tribally, Tulsa World analysis finds

Photos: Transgender rights protesters gather at Oklahoma Capitol ahead of State of the State

Lawmakers have filed bills that would block children and some adults from receiving gender-affirming care that includes puberty blockers, cros…

The $655.7 million in tax cuts includes eliminating the 4.5% state sales tax (but not local taxes) on groceries, a 0.76-percentage point reduc…

Lori Murphy worked at the agency for 8½ years. The new state superintendent changed the status of her employment to one that doesn't allow her…

Stitt outlined his legislative agenda for 2023, focusing on driving excellence in education, making Oklahoma the most business-friendly state …

UAE farmers use technology to grow crops in the desert

UAE farmers use technology to grow crops in the desert

Chinese tourists can now travel to up 20 countries

Chinese tourists can now travel to up 20 countries 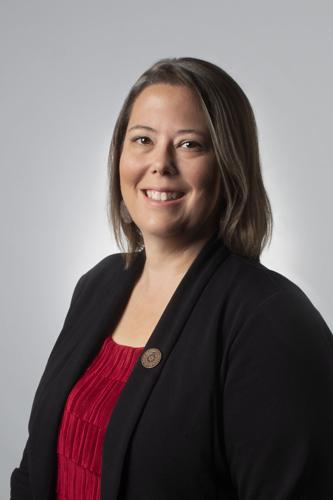 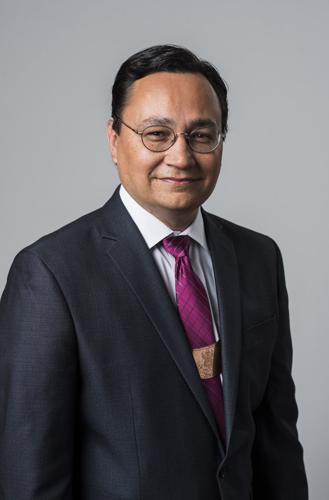