Click here for all the local coronavirus coverage at tulsaworld.com. 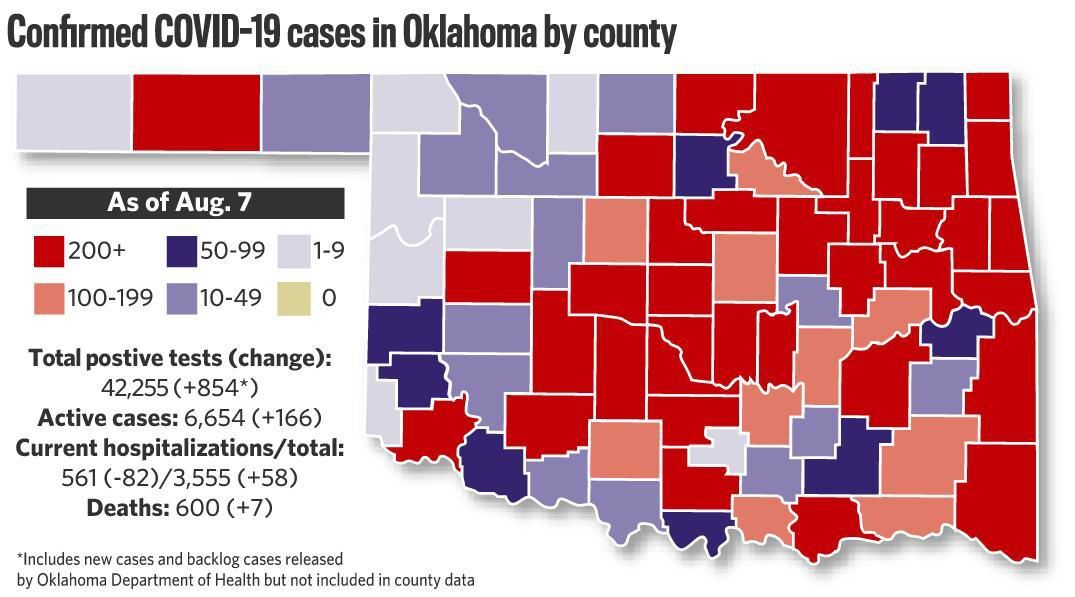 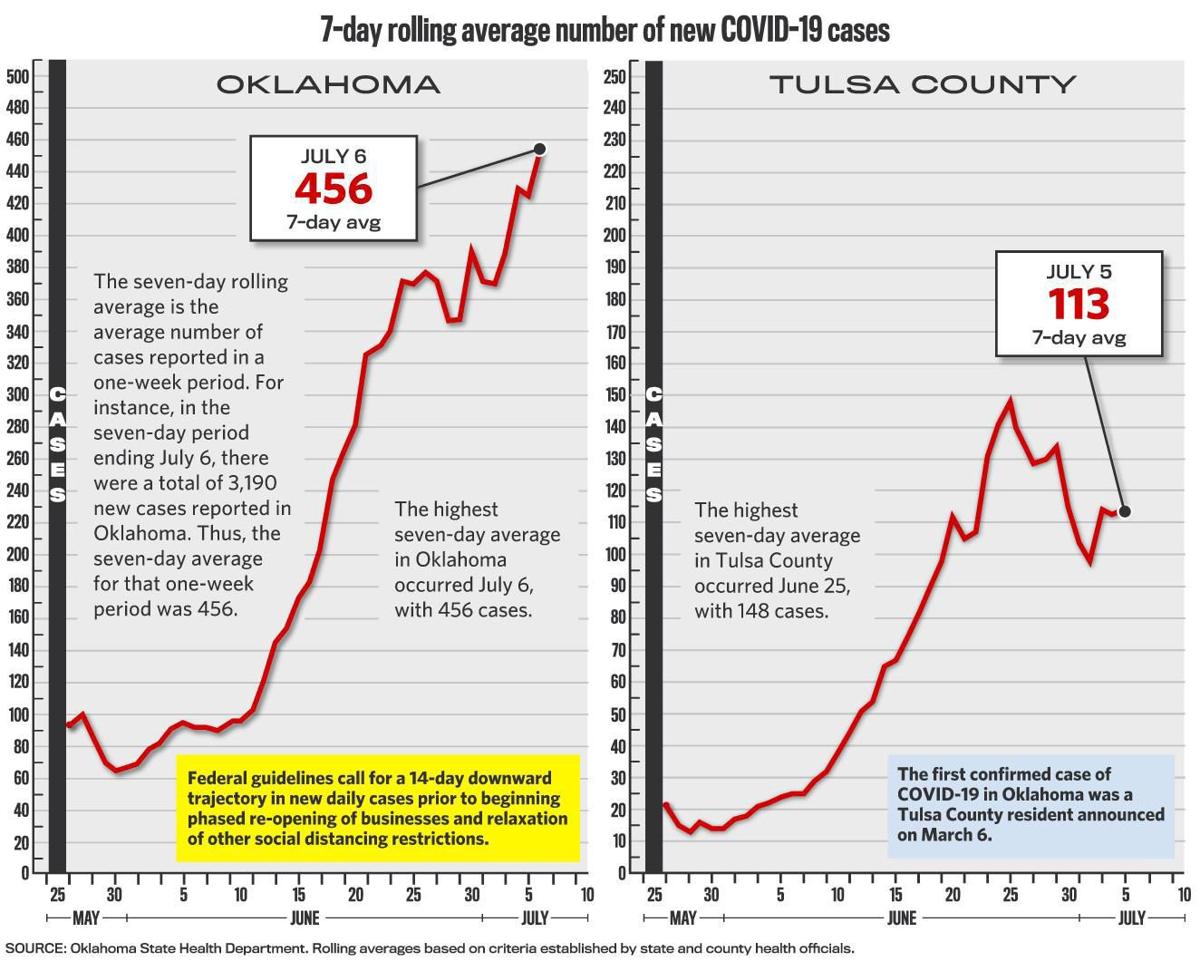 Click here for all the local coronavirus coverage at tulsaworld.com.

Two patients from Tulsa County are among recently reported COVID-19 fatalities, according to Oklahoma State Department of Health data Monday showing 434 new cases of the virus.

State records show 16,362 people have tested positive for the novel coronavirus since the pandemic reached Oklahoma in March. The deaths, reported in daily updates from the holiday weekend, were among people 65 and older, including a woman in each of McCurtain and Noble counties and two men in Tulsa County.

The Oklahoma State Department of Health says the deaths occurred between July 3 and 5, though none were within the past 24 hours. There are 399 deaths overall in Oklahoma related to COVID-19.

The 16,362 positive tests are about a 20% increase from the numbers the OSDH released June 29 and nearly twice the number recorded on June 15.

Tulsa County reported its first case on March 6 and has had 72 deaths tied to the coronavirus. There have been a cumulative 4,104 cases in the county, 3,114 of whom are classified as “recovered.”

The OSDH uses “recovered” to mean those who have not been hospitalized or died within two weeks of their positive tests.

Tulsa County has the highest number of cumulative cases on record, beating out Oklahoma County, which has logged 3,607 cases and 70 deaths. Tulsa County also has four of the top five ZIP codes statewide for patients with positive tests.

ZIP code 74136 in south Tulsa reports 421 cases overall, coming in second place to ZIP code 73942 in Guymon and narrowly edging out the 412 cases in ZIP code 74037, which covers Jenks and Glenpool.

Guymon, located in the Oklahoma Panhandle, has recorded 822 positive coronavirus tests and six deaths overall after an outbreak at a pork processing facility. The OSDH says 812 of those patients are listed as “recovered.”

ZIP code 74006 in Bartlesville has counted 29 fatalities due to COVID-19, the highest in a single ZIP code.

Meanwhile, Tulsa Health Department Director Dr. Bruce Dart has said officials could see cases this week associated with President Donald Trump’s June 20 rally at the BOK Center. Thousands of rallygoers spent several hours indoors for the event with no requirement to wear masks or practice social distancing, though masks and hand sanitizer were made available.

At least two reporters from outside of Tulsa County who covered Trump’s appearance have since tested positive for the virus, as have numerous members of Trump’s campaign staff. Two of those staff members were in attendance at the rally.