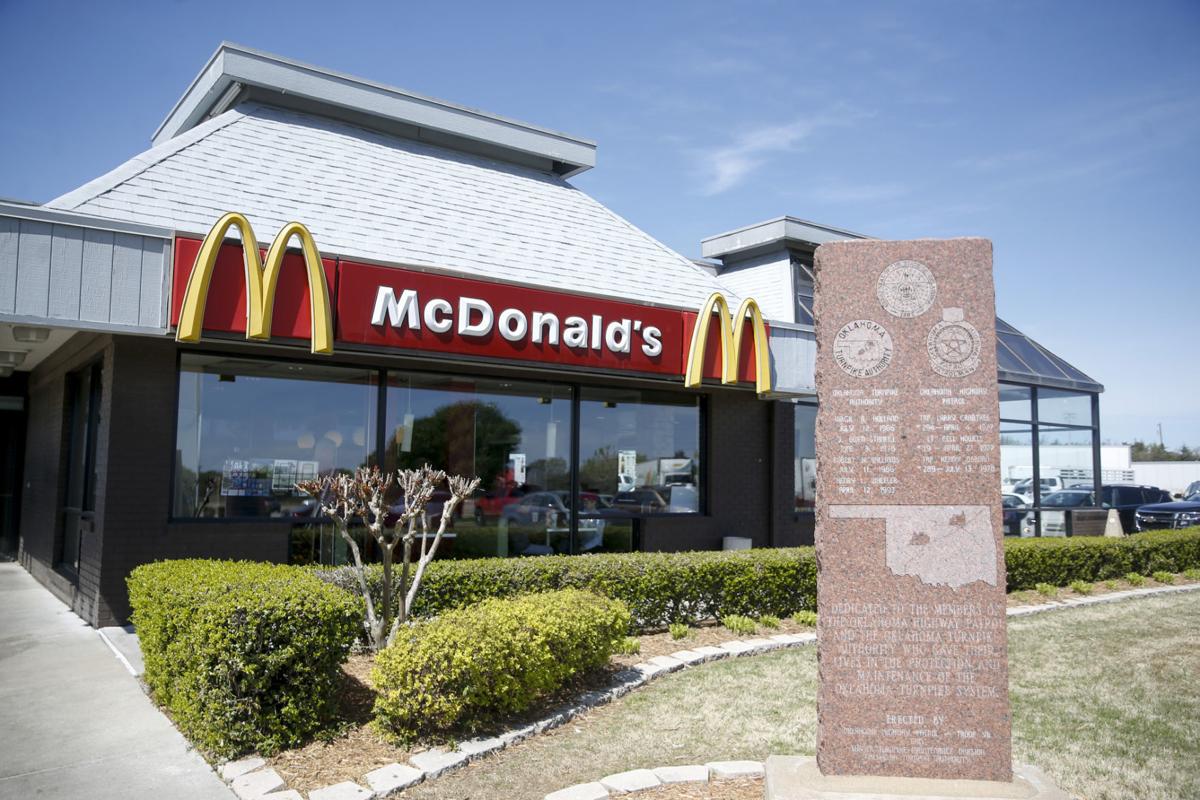 The McDonald’s and travel stop off Interstate 44 in Stroud has become an unofficial halfway spot between Oklahoma City and Tulsa for motorists. IAN MAULE/Tulsa World 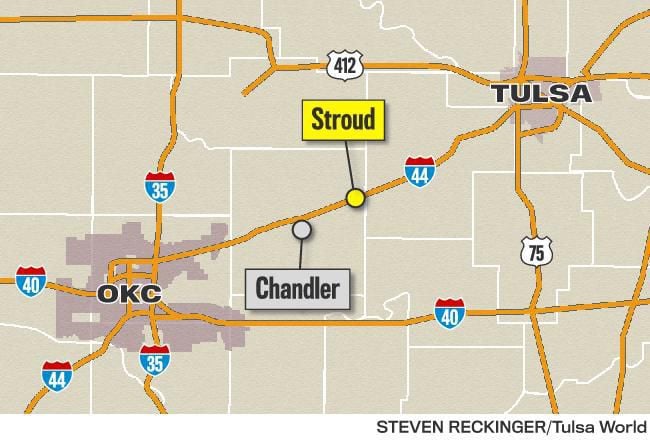 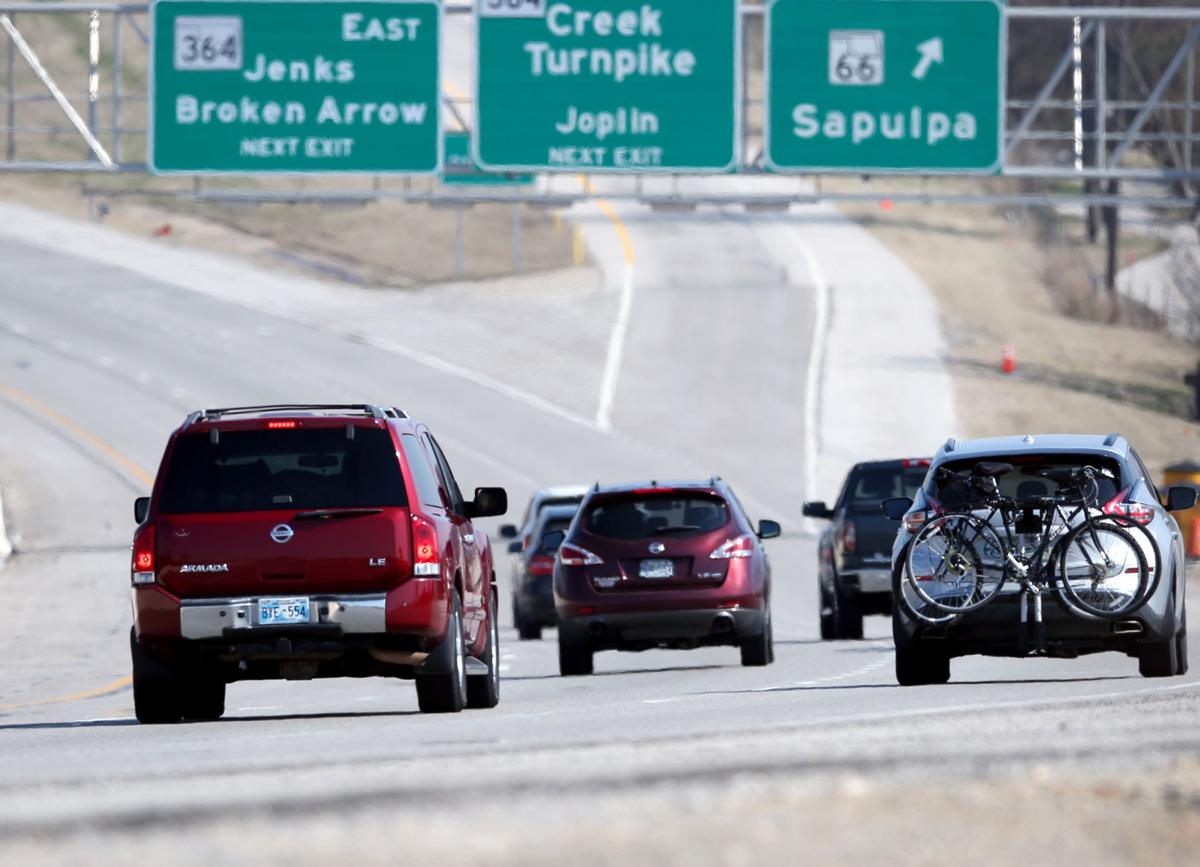 Traffic travels east on Interstate 44 near Sapulpa. Traffic counts on the Turner Turnpike are rising, forcing officials to make changes that will include closing down the existing Stroud travel plaza and replacing it with two new, one-way travel stops. JOHN CLANTON/Tulsa World 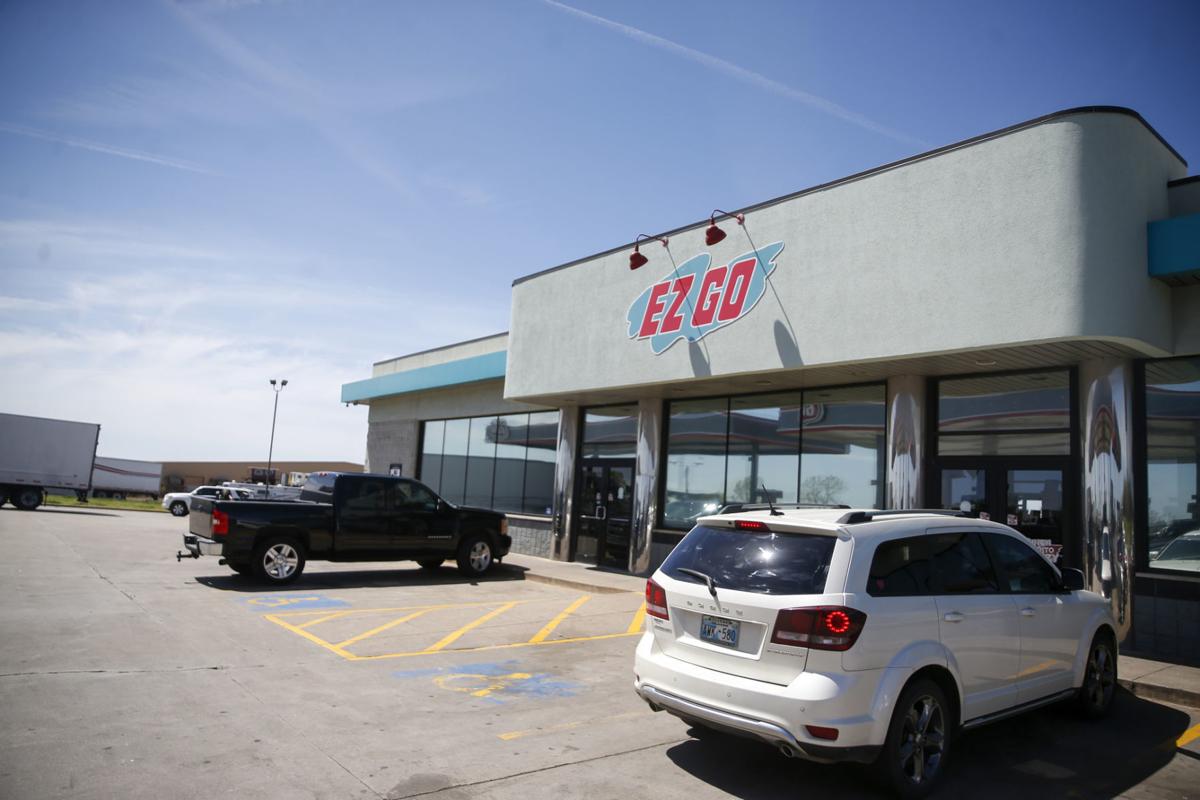 The EZ GO gas station off of highway 44W in Stroud, Okla., on Friday, April 12, 2019 The gas station and McDonalds across the parking lot have become an unofficial halfway spot between Oklahoma City and Tulsa. IAN MAULE/Tulsa World

Related: Changes are coming to the Turner Turnpike McDonald's. We answer your questions and tell you why it could save you money.

A turnpike service area between Tulsa and Oklahoma City that provides a meeting point for people exchanging kids, pets and valuables is going away as a halfway stop serving both directions.

The Stroud service area on the Turner Turnpike will undergo major renovations and become a westbound-only stop in the next two or three years.

“That service area, as it is now, is going away,” he said. “Parents who exchange kids will have to find a new location to meet up, probably the (other) McDonald’s (just east on Oklahoma 99) in Stroud.”

“You have high-speed traffic merging with low speed traffic in the left lane(s)” when traffic from the service area merges onto the turnpike, he said. “That curve is dangerous.”

The service area was designed when the speed limit was 55 mph, not 75 mph, he said. A bill signed by Gov. Kevin Stitt last week would allow the OTA to raise the speed limit to 80 mph.

Plans call for the OTA to straighten the highway on the south side of the current service area, as well as construction of a new building that will house both a McDonald’s restaurant and an EZ-Go convenience store, Damrill said.

Currently, the two are in separate buildings.

Only traffic heading toward Oklahoma City will have access to the new service area, he said.

Another, new service area for eastbound traffic heading toward Tulsa is being constructed about 4 miles east of the Chandler exit, he said.

That service area will also have a McDonald’s and EZ-Go, he said.

In addition, both new service areas will have about 125 semi-truck parking spaces.

The current service area in Stroud has about 75 semi parking spaces for both directions of traffic. The new spaces will more than triple the current truck parking available at the Stroud service area.

Damrill said he was driving west to Oklahoma City on the turnpike on a recent late night and went through the Stroud service area.

The OTA approved the projects last year. They are part of its capital plan, Damrill said.

An exact timetable of when the changes will take effect has not yet been set, but work on the new service area in Chandler has already begun.

The new Chandler service area will cost about $9.5 million (not including the vendor’s cost for the building and adjacent parking), and the new Stroud area’s preliminary cost is about $6.5 million (with plans at 50%), he said. Funding is coming from tolls.

The current McDonald’s on the Turner Turnpike — Interstate 44 — was completed in 1987. Before that, the site had a Howard Johnson restaurant and a gas station, he said.

Damrill said plans call for the current McDonald’s and EZ-Go to remain open as long as possible while the highway is being realigned and until the new building housing both can open.

Damrill said he realizes parents and others who have been meeting halfway between Tulsa and Oklahoma City at the Stroud turnpike service area to exchange kids and other reasons will be disappointed that the site will be changing.

“We have to take safety into consideration,” he said. “Traffic for us is growing. Safety is always our No. 1 concern.”

The Turner Turnpike has about 14,300 vehicles passing each direction through Stroud each day, according to 2017 OTA traffic counts, the most recent available.

Have a story about meeting at the McDonald's on the Turner Turnpike? Email yours to the author: michael.dekker@tulsaworld.com. Your story could be included in a future news story or column about the McDonald's.

First Congressional District must shrink by 18,000

Exactly whose those people are and into which district they will go won't be determined until after final 2020 Census data becomes available in mid-August, the legislative staffers charged with redrawing the maps said during a public hearing Thursday night at Tulsa Technology Center's Riverside Campus.

The Osage Nation has filed a brief with the Oklahoma Court of Criminal Appeals, arguing that only Congress has the authority to disestablish a reservation and that therefore Osage County should be recognized as the Osage Nation's reservation.

A Pryor man was killed Thursday afternoon when his motorcycle collided with a tractor-trailer rig, the Oklahoma Highway Patrol reported.

The last time Oklahoma saw the few number of first-time claims was the week ending Dec. 26.

Oklahoma's Tobacco Settlement Endowment Trust is a tiny state agency with a lot of money and a lot of independence.

The McDonald’s and travel stop off Interstate 44 in Stroud has become an unofficial halfway spot between Oklahoma City and Tulsa for motorists. IAN MAULE/Tulsa World

Traffic travels east on Interstate 44 near Sapulpa. Traffic counts on the Turner Turnpike are rising, forcing officials to make changes that will include closing down the existing Stroud travel plaza and replacing it with two new, one-way travel stops. JOHN CLANTON/Tulsa World

The EZ GO gas station off of highway 44W in Stroud, Okla., on Friday, April 12, 2019 The gas station and McDonalds across the parking lot have become an unofficial halfway spot between Oklahoma City and Tulsa. IAN MAULE/Tulsa World