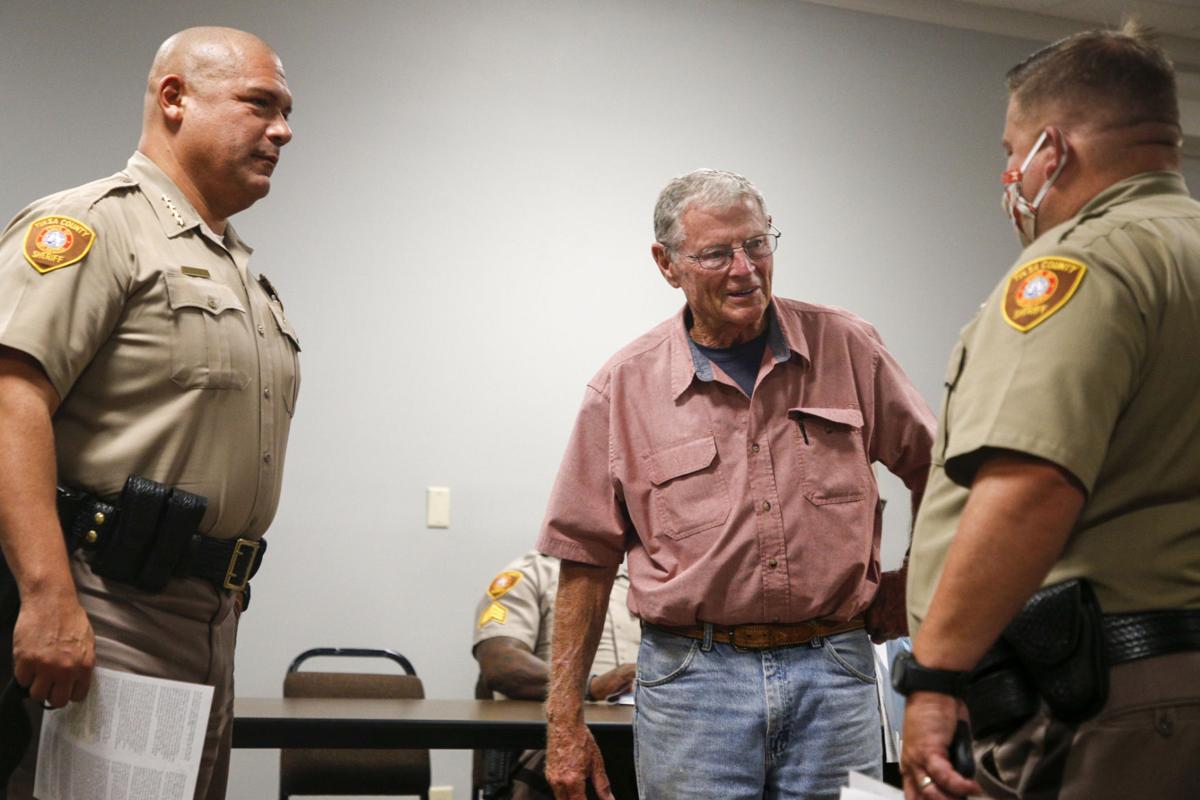 U.S. Sen. Jim Inhofe (center) visits with Tulsa County Sheriff Vic Regalado (left) and some of his deputies during an August tour of the state collecting stories about the “good things” Oklahoma officers do so he can take them back to Washington. 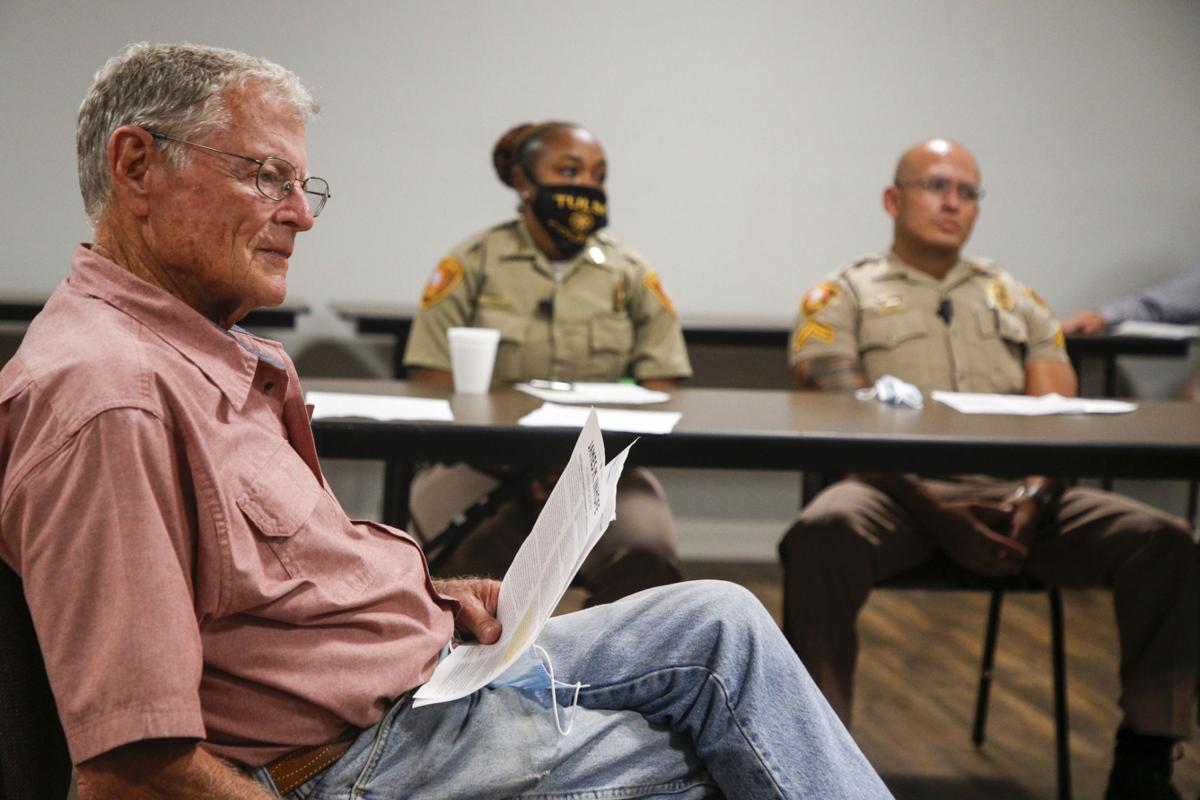 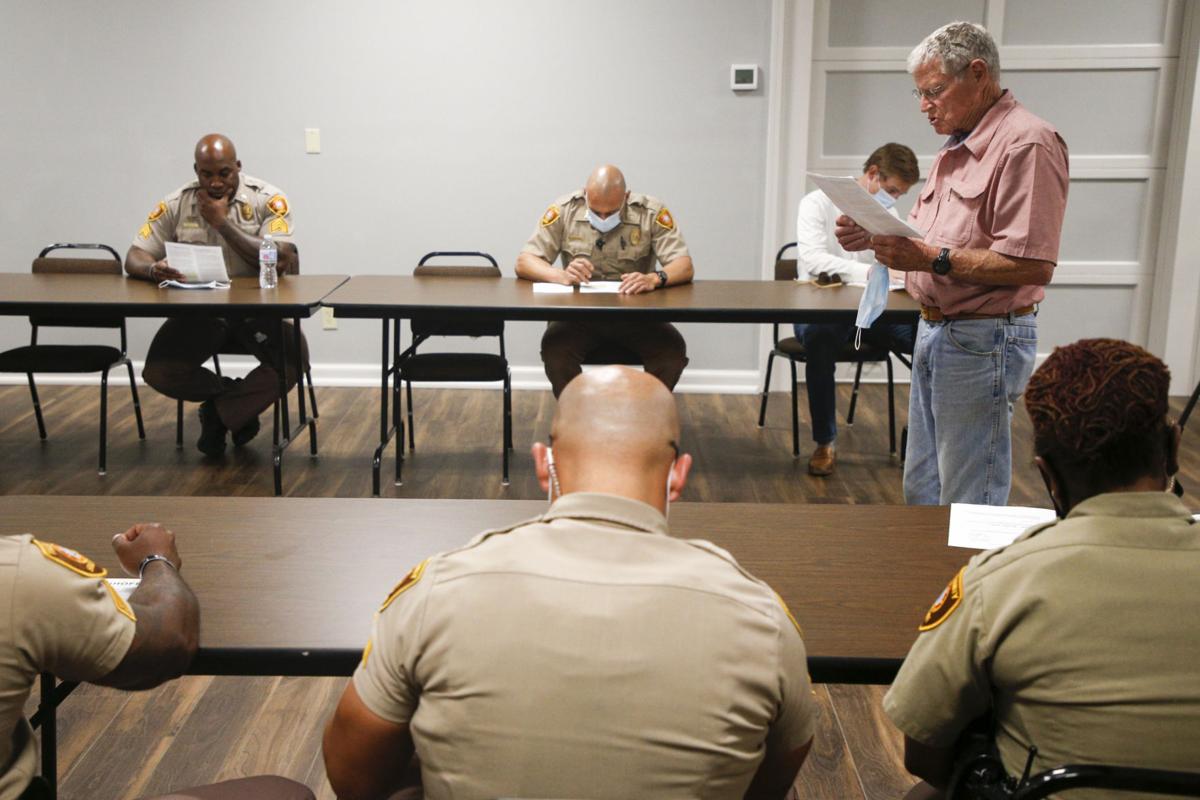 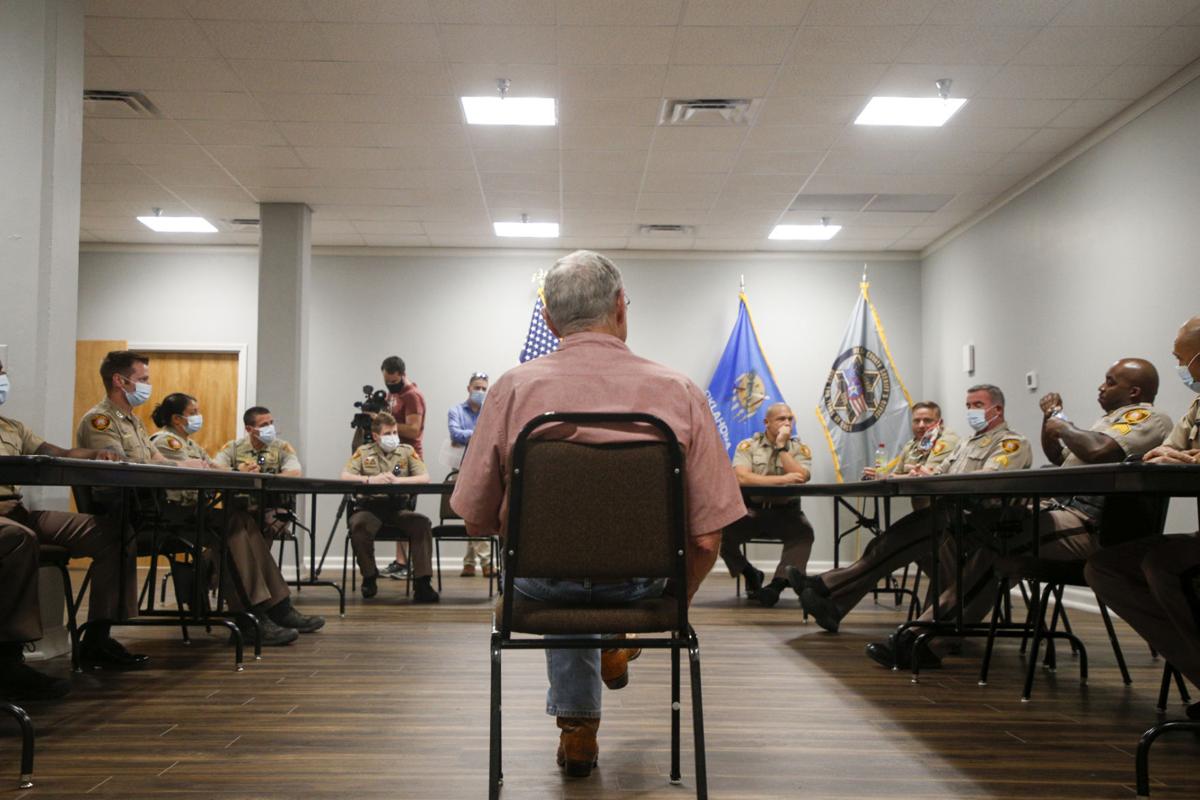 U.S. Sen. Jim Inhofe is very upset about what’s been going on in Portland, Oregon, where law officers and protesters have clashed on a regular basis for months.

So Inhofe is going around the state collecting stories about the “good things” Oklahoma officers do, and taking them back to Washington.

“We have pictures where people have written on the sidewalks, ‘We love our police,’ ” Inhofe said before a Wednesday afternoon meeting with Tulsa County Sheriff Vic Regalado and several of his deputies. “Let people know, there are two different states, Oregon and Oklahoma.”

Of course, not everyone in Oklahoma is quite as enamored of law enforcement as all that. The Tulsa and Oklahoma City police departments are the subject of intense scrutiny over their use of force, and Tulsa has seen a string of law enforcement-related deaths that have led to lawsuits, protests and pressure for reform.

There also have been complaints about other police and sheriff’s departments.

Inhofe said he isn’t very familiar with the various issues related to the Tulsa Police Department — “That’s what mayors are for,” he said — but he’s convinced law officers are getting a raw deal.

Wednesday, he listened eagerly to stories about TCSO deputies coaching T-ball, handing out candy to children and taking care of abused animals.

If it sounds a little mundane, it may also be effective. Cpl. Latiff Whitsett, supervisor of a unit that patrols Tulsa Housing Authority properties, said he’s seen a big change in residents’ attitude toward him and the other deputies in the past few years.

“With all the protesting, we thought those communities might turn against us, but we’ve seen just the opposite of that,” said Whitsett. “When we make arrests, when we were first there, we’d have the mass crowds with the phone cameras out. Now here we are, two years later, people are more apt to see a criminal and come see us.

“To see everything on the news, then go into those neighborhoods and not be treated badly or any different than we were before” has been “eye-opening,” Whitsett said.

Inhofe returned several times to the situation in Portland. Last week he went to the trouble of giving a floor speech on the issue — which essentially pitted the state and local government against the Trump administration — and Wednesday he reiterated his belief that at least some of the demonstrators are “terrorists.”

“They’re setting buildings on fire and throwing bricks,” he said.

Inhofe said the demonstrators are “still killing” people in Portland, although all reports from the Oregon city indicate there have been no deaths connected to the protests. Several people, including law officers, have been injured, a few seriously.

Several buildings, including the federal courthouse, have been damaged by fireworks, thrown debris, fires and graffiti.

“I can only come to the conclusion they’re living in fear of the people back home,” Inhofe said.

On Tuesday, Inhofe’s Democratic opponent in the Nov. 3 general election, Abby Broyles, issued a news release criticizing Inhofe’s “rambling on and on ... about Portland, Oregon” and said he should be tending to issues closer to home.

The three murder victims of death row inmate Shaun Michael Bosse were members of the tribe.

The drugs have a street value of nearly $2 million. Five people have been arrested in connection with the case.

District 7 incumbent files lawsuit against opponent, accusing him of fraud

U.S. Sen. Jim Inhofe (center) visits with Tulsa County Sheriff Vic Regalado (left) and some of his deputies during an August tour of the state collecting stories about the “good things” Oklahoma officers do so he can take them back to Washington.