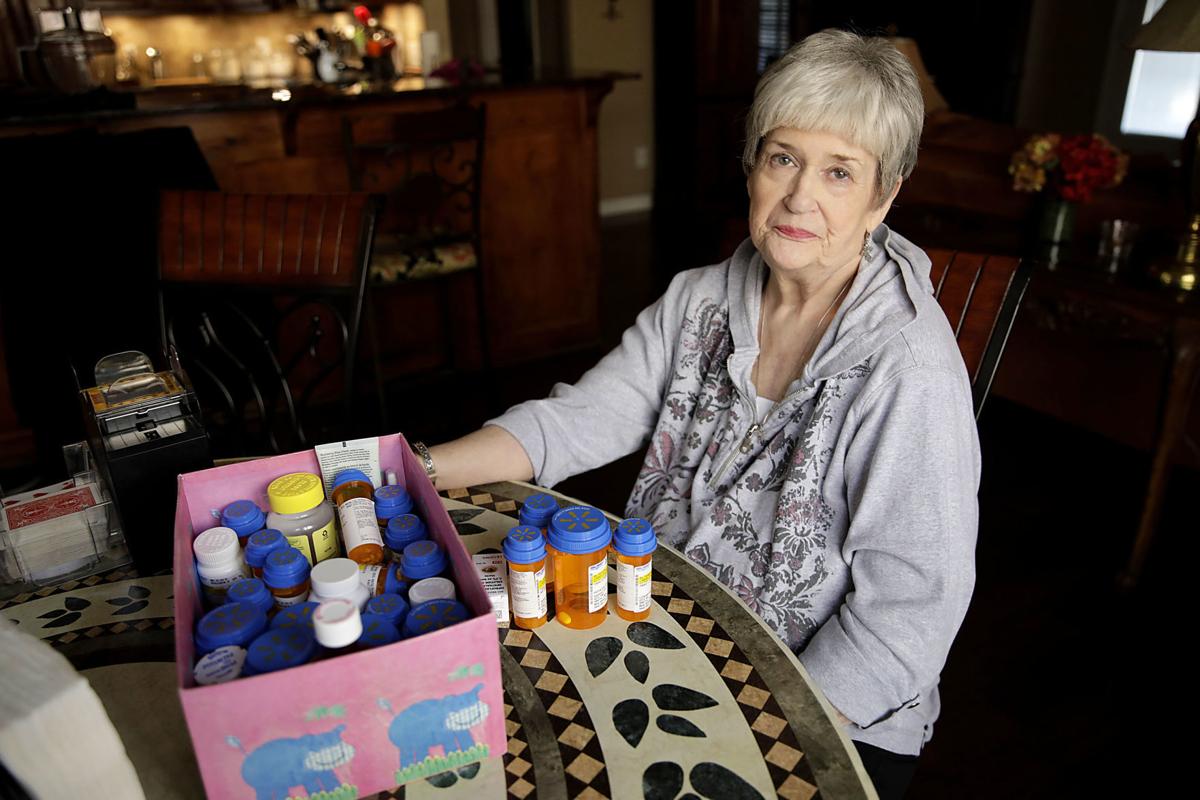 Susan Carruth holds her daily prescriptions, many of which she cannot afford to refill, in her Tulsa home on Nov. 13, 2019. MIKE SIMONS/Tulsa World 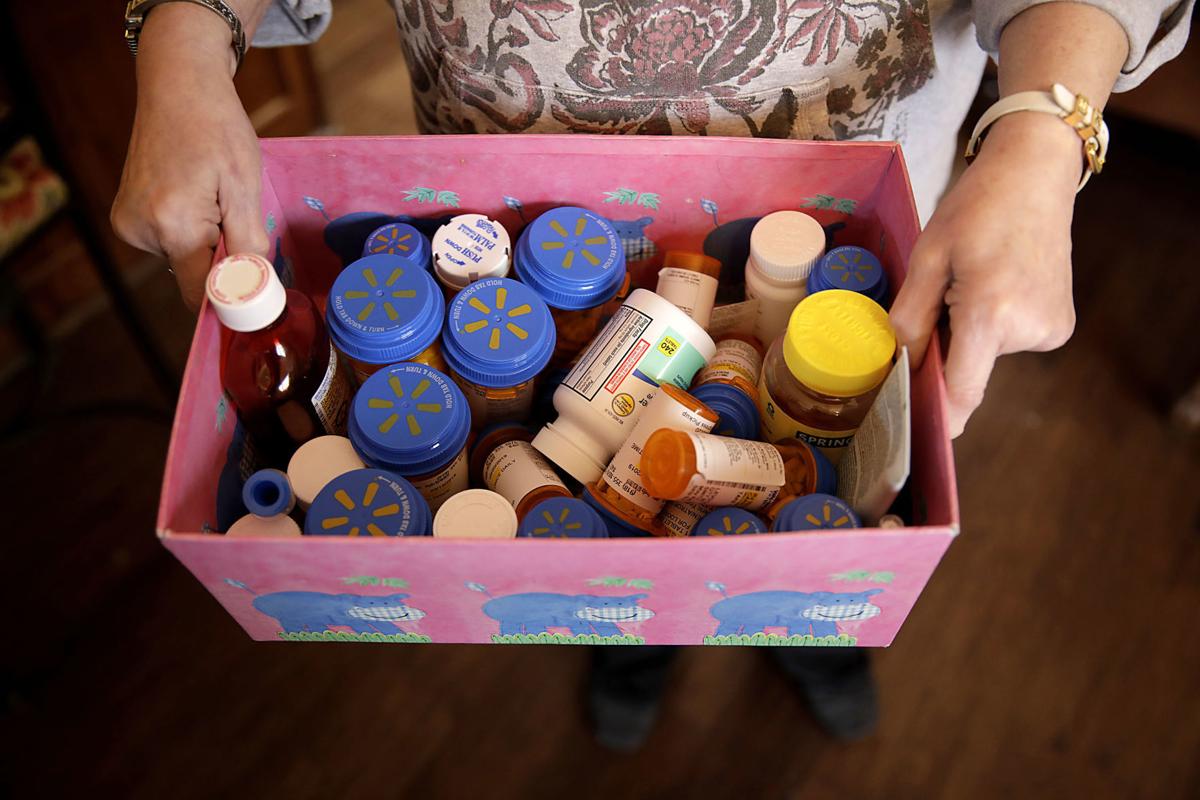 Susan Carruth holds her daily prescriptions, many of which she cannot afford to refill, in in her Tulsa home on Nov. 13, 2019. 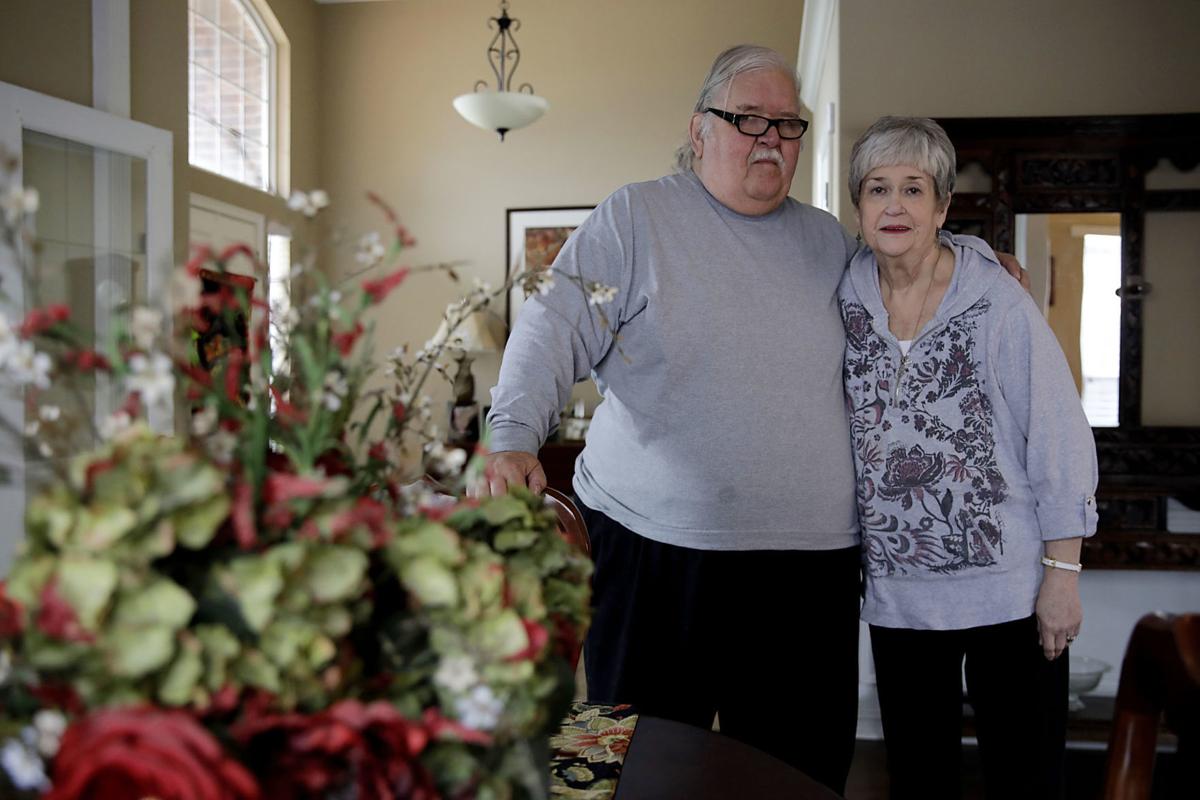 The friendly voice at the other end of the line.

For the callers who were connected to Susan Carruth, it was how she wanted them to think of her.

But a few weeks ago, that voice was effectively silenced.

“I said, ‘well, it would happen to me.’ I don’t feel very lucky,’ ” said Susan, who supports herself and husband David through her job at a Tulsa call center.

During surgery in September for a blocked carotid artery — which followed a quadruple heart bypass a month earlier — a nerve to Susan’s vocal chords was accidentally damaged.

It left her unable to talk except in a raspy whisper, about the worst possible scenario for somebody whose job depends on the phone.

Since then, things have only gotten tougher for the Tulsa couple, both of whom have their share of health concerns.

“Everything has swarmed on us,” David said. “It’s been a rough go.”

The couple, both 72 years old, are struggling financially, with Susan having missed work for multiple surgeries.

The problems, spurred by the cost of medicine and other out-of-pocket expenses, came to a head recently when their gas was cut off, followed by their water a few days later.

A city of Tulsa employee told them then about the Salvation Army family assistance fund.

“That was the first time I’ve ever heard about it,” Susan said. “We are so thankful.”

David can’t help remembering how he always contributed to the Salvation Army kettle drive, dropping in money as he was leaving stores.

At the time, he said, “I was helping a lot of people I didn’t know.”

“I never thought we’d be in this position.”

Thankfully, Susan was recently able to return to work. However, her voice isn’t strong enough for her to resume her old job.

She’s undergone a couple more surgeries to try to correct the problem with her voice.

If it doesn’t return soon, she said, she will have to have an implant. She hopes it doesn’t come to that.

David had retired previously from his career as a wholesale food broker. He’s been looking for something he can do to help out, but has health issues of his own that complicate things.

“This is the perfect example of bad things happening to good people,” he said.

Susan is no stranger to bad turns in her life. She’s endured personal tragedy, losing her first husband to a brain tumor after 33 years of marriage. And she’s had serious health issues over two decades. A survivor of breast cancer and bladder cancer, she’s up to 28 surgeries now, she said. It’s included four hip replacements and five back operations.

But while she doesn’t “feel very lucky,” Susan is thankful for the good in her life.

That includes her employer, who’s been especially accommodating while she recovers, and her church, Destiny in Broken Arrow.

Most of all, the Carruths are thankful that they have each other.

The couple have been married for almost three years since connecting through a dating website.

David, from Stillwater, asked Susan to choose her favorite restaurant in Tulsa for their first place to meet.

“I fell in love with her at the Lone Star Steakhouse,” he said. “She’s a wonderful woman.”

Project Santa: Amid their own struggles, Tulsa couple, six children, look for ways to give back

It was hard for Derringer Gray — “it’s a humbling position as a man to accept help,” he said. But he’s hopeful that ultimately the experience will allow him to better serve others.

Susan Carruth holds her daily prescriptions, many of which she cannot afford to refill, in her Tulsa home on Nov. 13, 2019. MIKE SIMONS/Tulsa World

Susan Carruth holds her daily prescriptions, many of which she cannot afford to refill, in in her Tulsa home on Nov. 13, 2019.