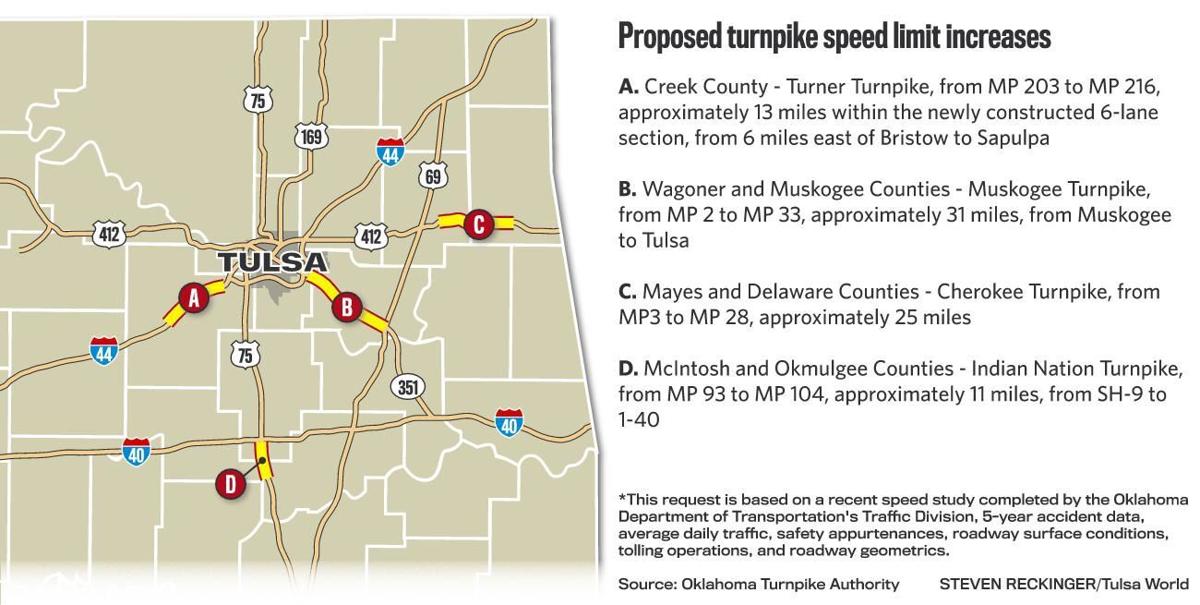 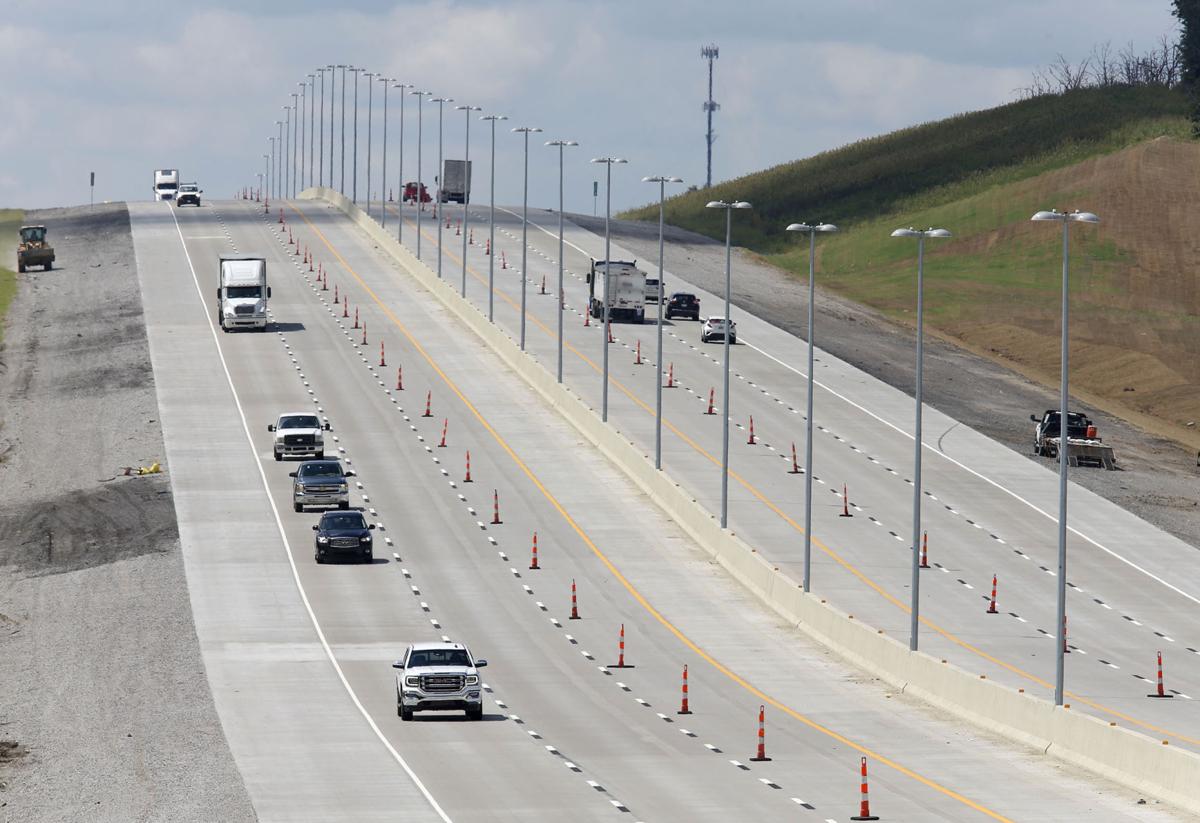 The Turner Turnpike’s lighted six-lane expansion, seen here in 2018 looking west from the 209th West Avenue bridge in Creek County, is one of the segments of Oklahoma turnpikes that will have 80 mph speed limits.

OKLAHOMA CITY — The Oklahoma Turnpike Authority on Tuesday raised speeds from to 80 mph from 75 mph on rural segments of five existing turnpikes.

The panel also voted to establish an 80 mph maximum speed limit on the Kickapoo Turnpike, which is scheduled to open later this year in eastern Oklahoma County.

The sections of roadway with raised speed limits total 104 miles and include:

• The Cherokee Turnpike from mile marker 3 to mile marker 28, Locust Grove to near Oklahoma 10, 25 miles.

• The Indian Nation Turnpike from mile marker 93 to mile marker 104, between Oklahoma 9 and Interstate 40, 11 miles.

• The Kickapoo Turnpike from mile marker 130 to mile marker 149, between Interstate 40 and the Turner Turnpike, 19 miles.

Existing speed limits on rural turnpikes such as the Will Rogers Turnpike, the main segment of the H.E. Bailey Turnpike, the Cimarron Turnpike and the Chickasaw Turnpike will not be changed.

The increased speeds will not become effective until new speed limit signs are posted, which could take several months.

Transportation Secretary Tim Gatz said the new speeds are considered maximums for ideal conditions. If the agency sees unfavorable results, it could ask the OTA to make adjustments downward.

The Oklahoma Transportation Commission will consider recommendations at its Monday meeting for maximum speed limit increases on segments of rural interstate highways maintained by the Oklahoma Department of Transportation.

House Bill 1071 set the stage for a study on speed limit increases of 75 mph on rural interstates and 80 mph on rural turnpikes.

Gallery: What to know before getting a Real ID

What to know before getting a Real ID

Where can Tulsans get Real ID?

How long does the process take?

What paperwork will I need?

How much does it cost?

What if I already have a passport or military ID?

Do I have to get a Real ID?

Buckingham Palace has released the broad outlines of Saturday's funeral program for Prince Philip, including plans for princes William and Harry.

Third dose of COVID-19 vaccine being tested to fend off variants. Plus, today's virus updates.

Dozens of Americans are rolling up their sleeves for a third dose of COVID-19 vaccine — this time, shots tweaked to guard against a worrisome mutated version of the virus.

The Turner Turnpike’s lighted six-lane expansion, seen here in 2018 looking west from the 209th West Avenue bridge in Creek County, is one of the segments of Oklahoma turnpikes that will have 80 mph speed limits.