OU football: When was the last time the Sooners lost back-to-back games in regular season?
Share this
{{featured_button_text}}
1 of 2 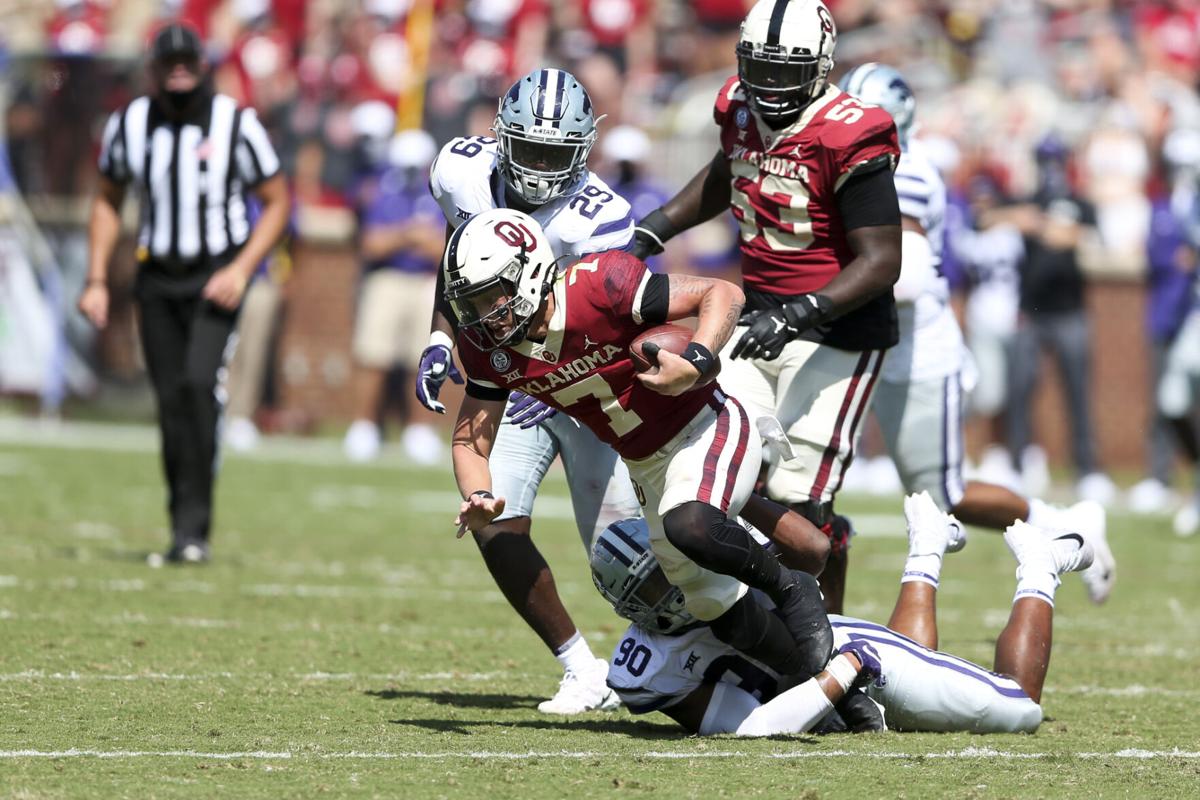 Quarterback Spencer Rattler and the Oklahoma Sooners will look to avoid a two-game losing streak Saturday when they take on Iowa State. 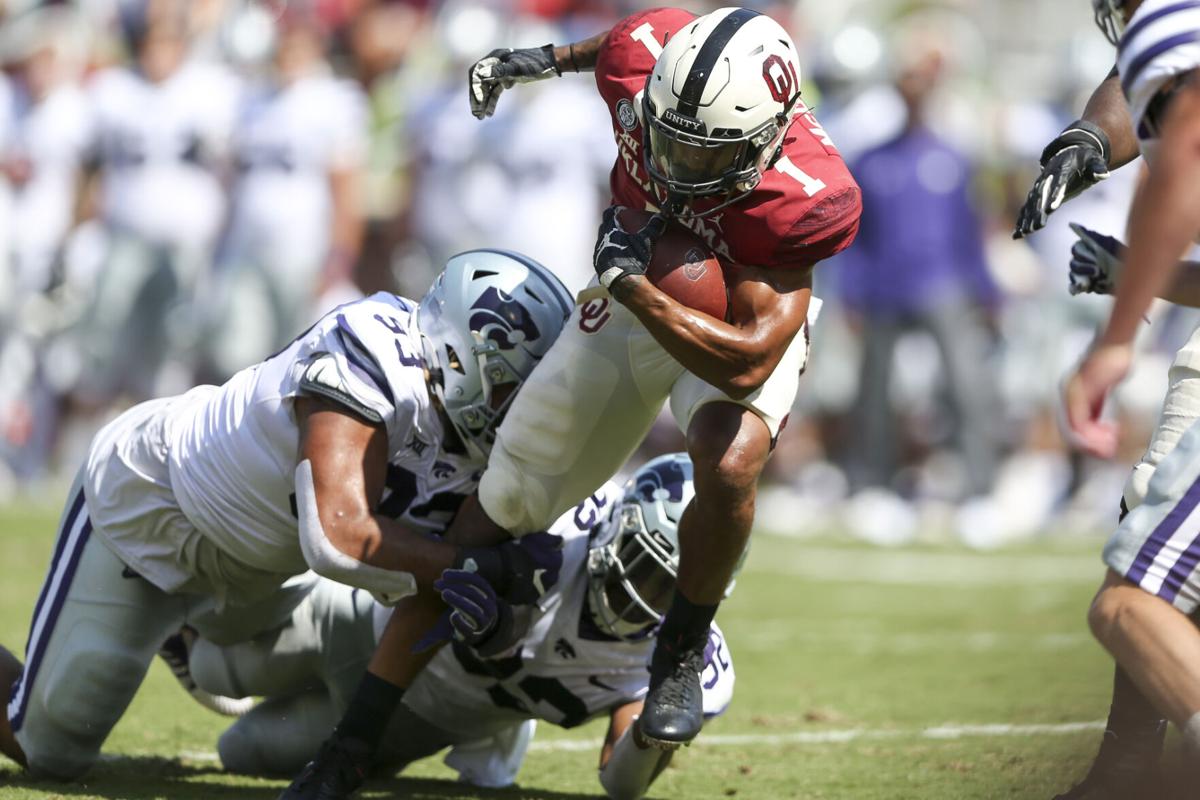 Oklahoma running back Seth McGowan carries the ball for a touchdown Saturday against Kansas State. The Sooners lost 38-35 to the Wildcats.

The streak goes back to Bob Stoops’ inaugural year as the Sooners head coach. In 1999, Oklahoma lost games to Notre Dame and Texas in consecutive contests.

On Saturday, OU will try to avoid seeing that 21-year streak snapped when it plays at Iowa State. Kickoff for the Big 12 game is 6:30 p.m. in Ames.

OU is coming off a disappointing 38-35 loss to visiting Kansas State last weekend. Add a second defeat and the program’s very slim current hopes of another College Football Playoff appearance will dissipate.

The long-range goals have been replaced by a week-to-week goal, starting with the Iowa State game.

“We take pride in the tradition here. To us, it’s very important,” OU defensive lineman Isaiah Thomas said. “Losing regardless is unacceptable. And to lose back-to-back here is unheard of.

“For us to take this, we have to have a chip on our shoulder. We take a great deal of pride in having that sense of urgency of how we have to finish the game and not just come out strong in the game. We take a lot of pride in that.”

Jeremiah Hall understands that the Sooners will get everyone’s best shot each time they play.

“So with that being said, we can lose, we are vulnerable, we are not superheroes in any way. But like I previously said, we’ve got to go out there, we’ve got to execute better.”

Riley has also praised the way the team has responded to losses following regular-season losses while he’s been the head coach.

Last season, Oklahoma fell 48-41 at Kansas State and rebounded with a 42-41 home win over Iowa State.

Last weekend’s 38-35 loss to K-State was unsettling. A 21-point lead with three minutes remaining in the third quarter was lost, which will have to be treated as a tough learning lesson.

“That’s one thing about OU, man. That’s the standard here. The standard’s great. It takes you to great heights, but also when you have a down one, you can’t let it beat you up,” Riley said. “You got to be able to get back up and fight and get right back on track and play the way you should be and that’s going to be our challenge.

“And in that way, I don’t know that it feels any different than any of the losses that we’ve had. We haven’t had to experience it very much but the couple that we have had, I would say it doesn’t feel that much different from.”

View from the sidelines: OU hosts Kansas State in Big 12 opener for both teams

OU's streak by the numbers

9.2: Average margin of victory during regular-season wins following a loss

40: Consecutive regular-season wins after a loss

AMES, Iowa — White-knuckle games are becoming too common for Oklahoma.

Quarterback Spencer Rattler and the Oklahoma Sooners will look to avoid a two-game losing streak Saturday when they take on Iowa State.

Oklahoma running back Seth McGowan carries the ball for a touchdown Saturday against Kansas State. The Sooners lost 38-35 to the Wildcats.