WASHINGTON (AP) — Two members of Congress are facing condemnation and questions following their surprise visit to Afghanistan this week, which diverted resources from the U.S.'s chaotic withdrawal, enraged military leaders and led House Speaker Nancy Pelosi to declare it not "a good idea."

Rep. Seth Moulton, D-Mass., and Rep. Peter Meijer, R-Mich., flew in on a charter aircraft and were on the ground at the Kabul airport for several hours Tuesday before flying out on a military plane.

They billed their "secret" visit as an effort to conduct congressional oversight of the Biden administration's handling of a rapidly deteriorating situation after the Taliban's lightning fast takeover of the country.

But it stunned State Department and U.S. military personnel. They said the resources needed to protect the congressmen detracted from the evacuation effort and raised the possibility that the lawmakers' flight out could have deprived seats to other Americans or Afghans looking to flee the country before President Joe Biden's Aug. 31 deadline for withdrawal.

"We are obviously not encouraging VIP visits to a very tense, dangerous and dynamic situation at that airport and inside Kabul generally," Pentagon spokesman John Kirby said Wednesday, adding, "they certainly took time away from what we had been planning to do that day."

The congressmen now face criticism for showboating as politicians — which they vehemently deny — while adding needless confusion to a dire situation. But they also tapped into a frustration of those who feel that standing by and doing nothing is also not an option.

Both are military veterans, with backgrounds in the region. Moulton, a Marine who has been an outspoken critic of the Iraq War, served multiple tours in Iraq. Meijer was deployed as part of the Army Reserves and later worked in Afghanistan at a nongovernmental organization providing aid. Moulton serves on the House Armed Services Committee and Meijer is on the House Foreign Affairs Committee.

Their offices did not respond to requests for comment Wednesday. But in a joint statement issued Tuesday night, Moulton and Meijer said they took seats that were already empty on their flight out and disputed suggestions they made the trip to "grandstand."

"We came into this visit wanting, like most veterans, to push the president to extend the August 31st deadline," their statement read "After talking with commanders on the ground and seeing the situation firsthand, it is obvious that because we started the evacuation so late, no matter what we do, we won't get everyone out on time."

Back home, however, their effort received a chilly reception.

"This is deadly serious. We do not want members to go," Pelosi said Wednesday, while warning other lawmakers against following suit. "It was not, in my view, a good idea."

Striking a rare note of agreement, House Minority Leader Kevin McCarthy echoed Pelosi, saying his message to other lawmakers who want to visit Afghanistan is "not to go."

Members of Congress who want to take such a trip are required to receive permission from committee chairmen. Moulton did not consult in advance of his trip with the House Armed Services Committee, according to an aide familiar with the situation and granted anonymity to discuss it. McCarthy said Meijer also did not seek permission to go.

Rep. Mike McCaul of Texas, the ranking Republican on the Foreign Affairs Committee, called the trip a distraction, and advised others against making a visit.

"But I understand the frustration," he said.

Three officials familiar with the trip said State Department, Defense Department and White House officials were furious because it was done without coordination with diplomats or military commanders directing the evacuation.

The U.S. military found out about the visit as the legislators' aircraft was en route to Kabul, according to the officials. The officials spoke on condition of anonymity to discuss ongoing military operations.

One senior U.S. official said the administration saw the visit as manifestly unhelpful, and several other officials said it was viewed as a distraction for troops and commanders at the airport who are waging a race against time to evacuate thousands of Americans, at-risk Afghans and others.

The Pentagon has repeatedly expressed concerns about security threats in Kabul, including by the Islamic State group. When members of Congress have routinely gone to war zones over the past two decades, their visits are typically long planned and coordinated with officials on the ground in order to ensure their safety.

"The secretary, I think, would have appreciated the opportunity to have had a conversation before the visit took place," said Kirby, the Pentagon spokesman.

Photos: See heroic efforts by US troops amid chaotic evacuations in Afghanistan

How to gerrymander a political map

See how cracking a political party’s voters into more districts or packing party voters into fewer districts can assure more wins. Plus, get an update on political mapmaking across the U.S., and why it matters.

Where does Donald Trump stand now?

A little over one year since the 2020 election, despite a defeat, Donald Trump occupies a position in American life that no other former president has ever occupied before. What does this mean for his political ambitions in 2024 and will his party stand with him?

In her statement blasting Boebert on Monday, Omar said Boebert had "a clear pattern for Islamophobic hate speech."

HARRISBURG, Pa. (AP) — Dr. Mehmet Oz, the celebrity heart surgeon best known as the host of TV’s "Dr. Oz Show" after rocketing to fame on Oprah Winfrey's show, announced Tuesday that he is running for Pennsylvania’s open U.S. Senate seat as a Republican.

Fauci fires back at Cruz over COVID claims about Chinese lab

WASHINGTON (AP) — Dr. Anthony Fauci, the government’s top infectious diseases expert, blasted Sen. Ted Cruz for suggesting that Fauci be investigated for statements he made about COVID-19 and said the criticism by the Texas Republican was an attack on science.

WASHINGTON (AP) — Both sides are telling the Supreme Court there's no middle ground in Wednesday's showdown over abortion. The justices can either reaffirm the constitutional right to an abortion or wipe it away altogether.

DENVER (AP) — Democratic Rep. Ilhan Omar of Minnesota called Friday for House leaders to take “appropriate action" against Colorado Republican Rep. Lauren Boebert for using anti-Muslim language in describing a recent encounter she had with Omar at the U.S. Capitol.

WASHINGTON (AP) — The Supreme Court’s conservative majority on Wednesday signaled it would uphold Mississippi's 15-week ban on abortion and may go much further to overturn the nationwide right to abortion that has existed for nearly 50 years. 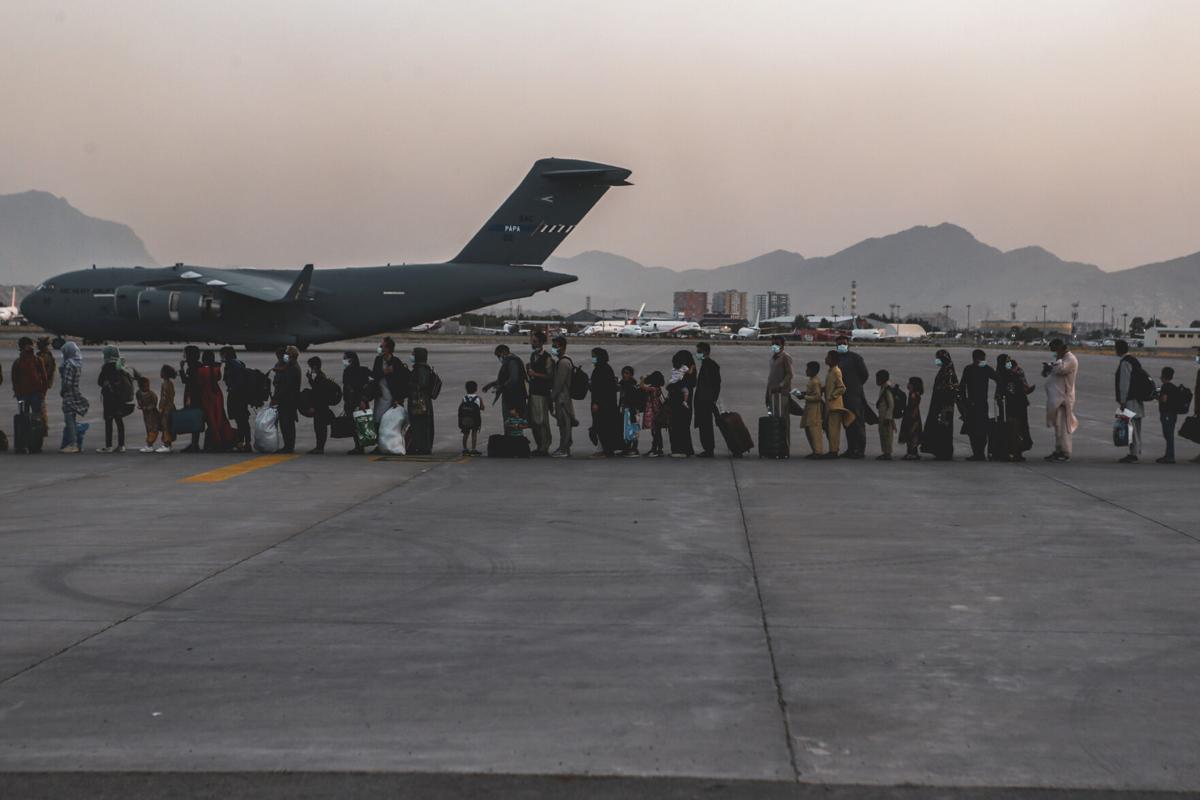 In this image provided by the U.S. Marine Corps, evacuees wait to board a Boeing C-17 Globemaster III at Hamid Karzai International Airport in Kabul, Afghanistan, on Monday. 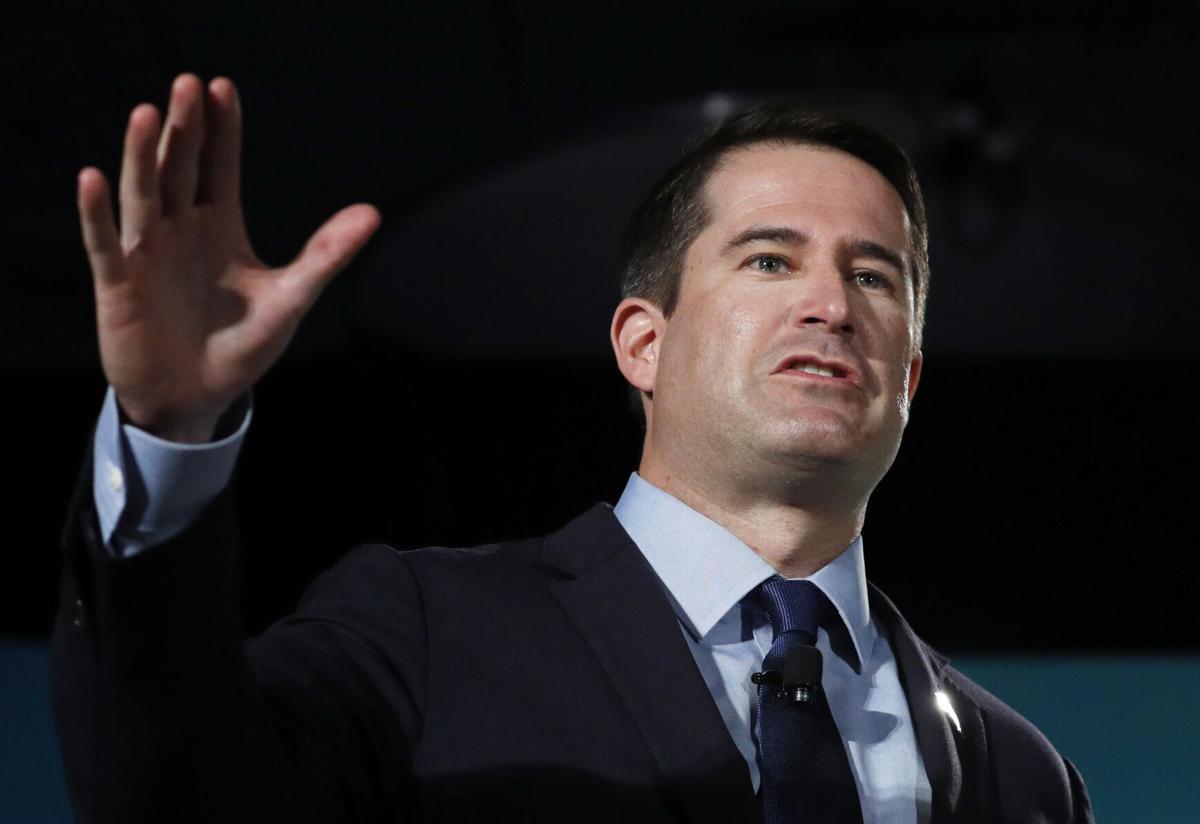 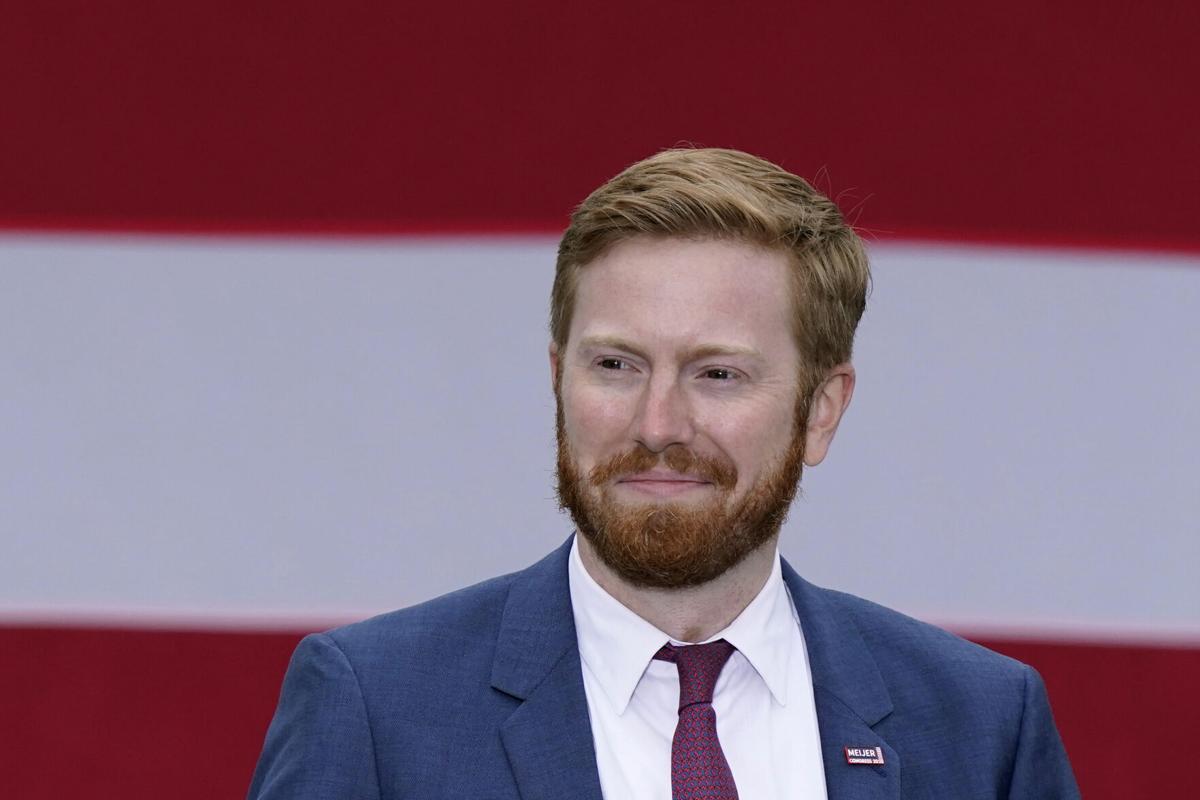