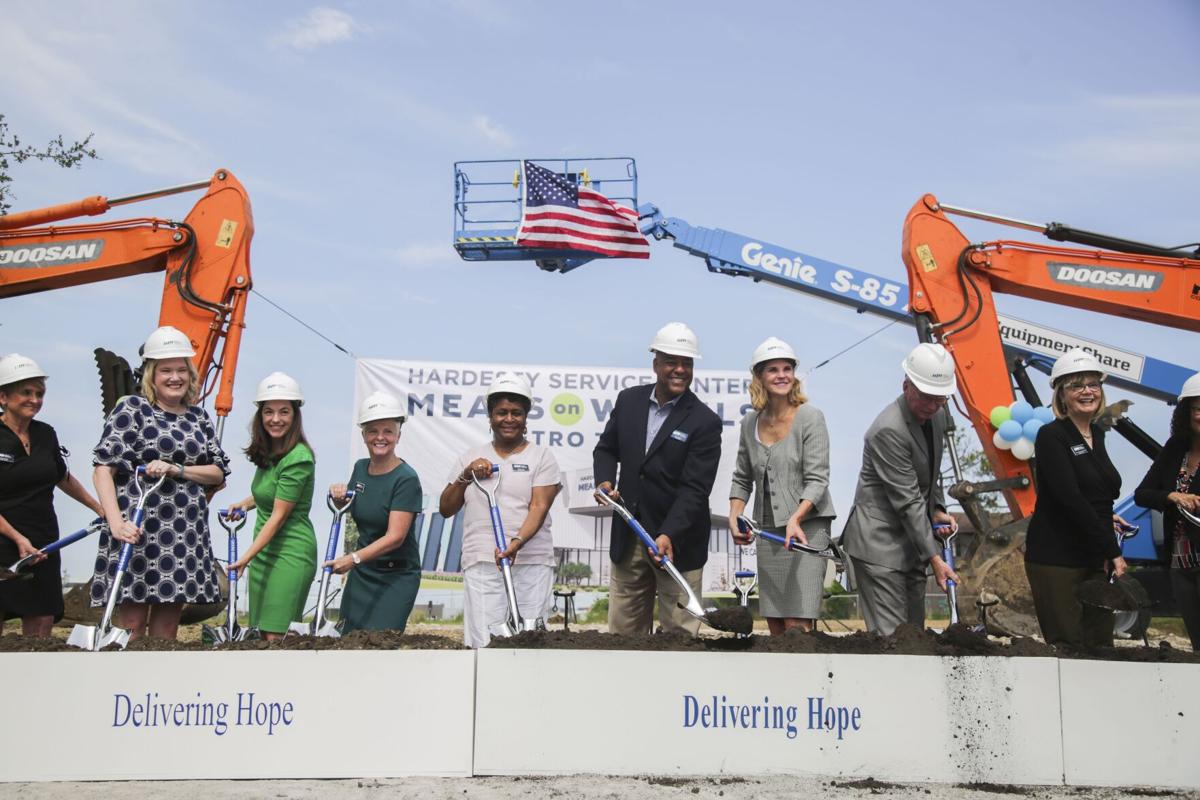 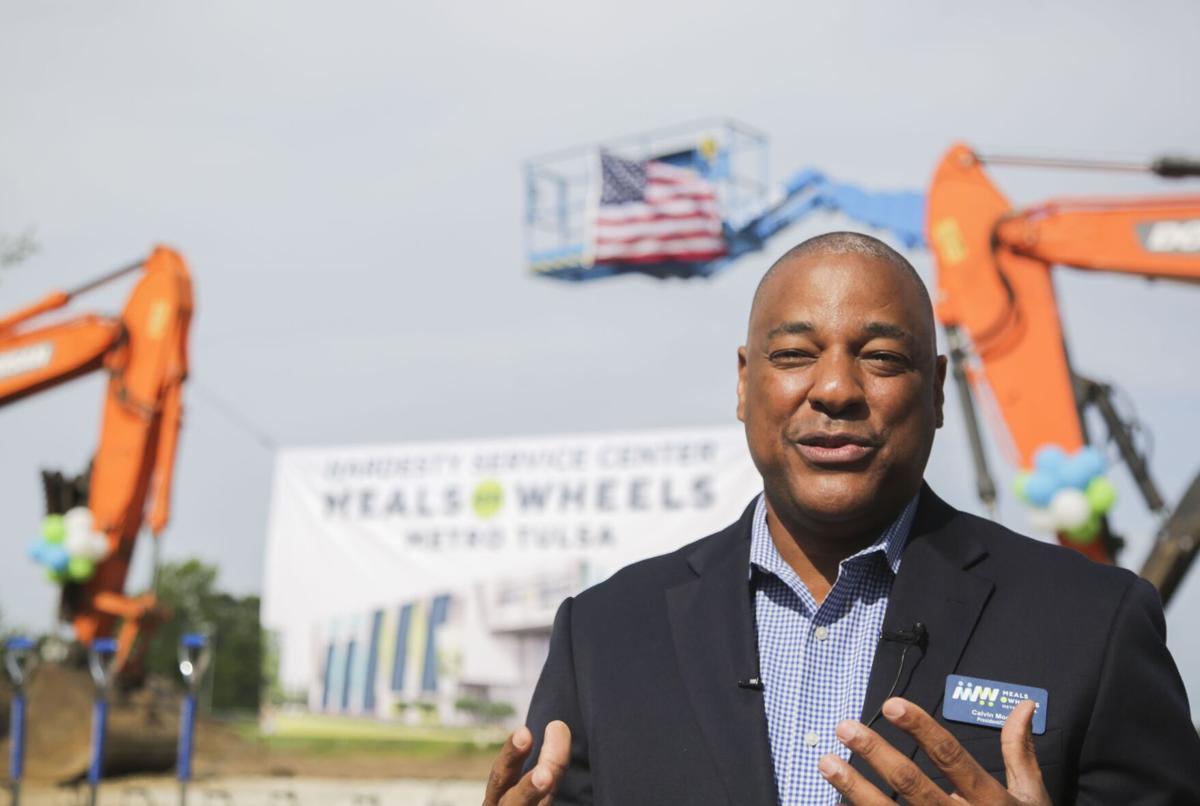 Calvin Moore, president and CEO of Meals on Wheels of Metro Tulsa, says at the groundbreaking for the agency’s new headquarters that the new building will allow the agency to expand to delivering 1 million meals a year. 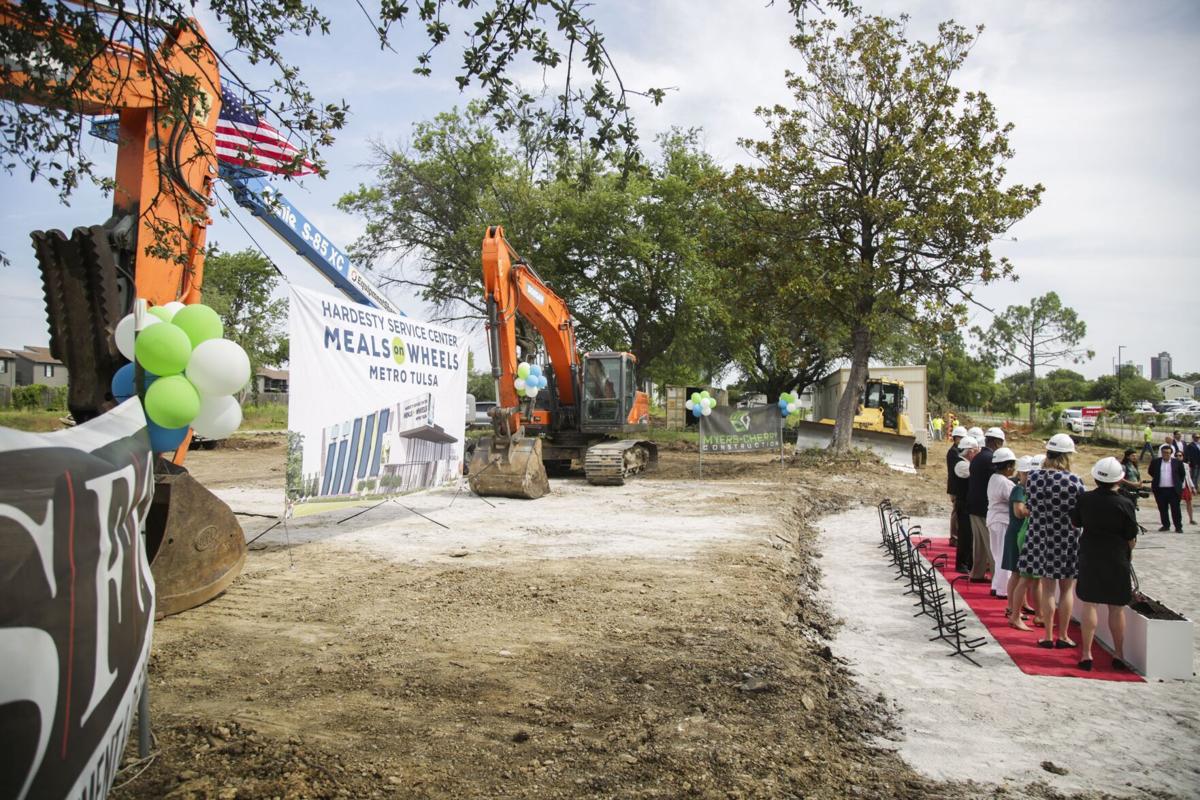 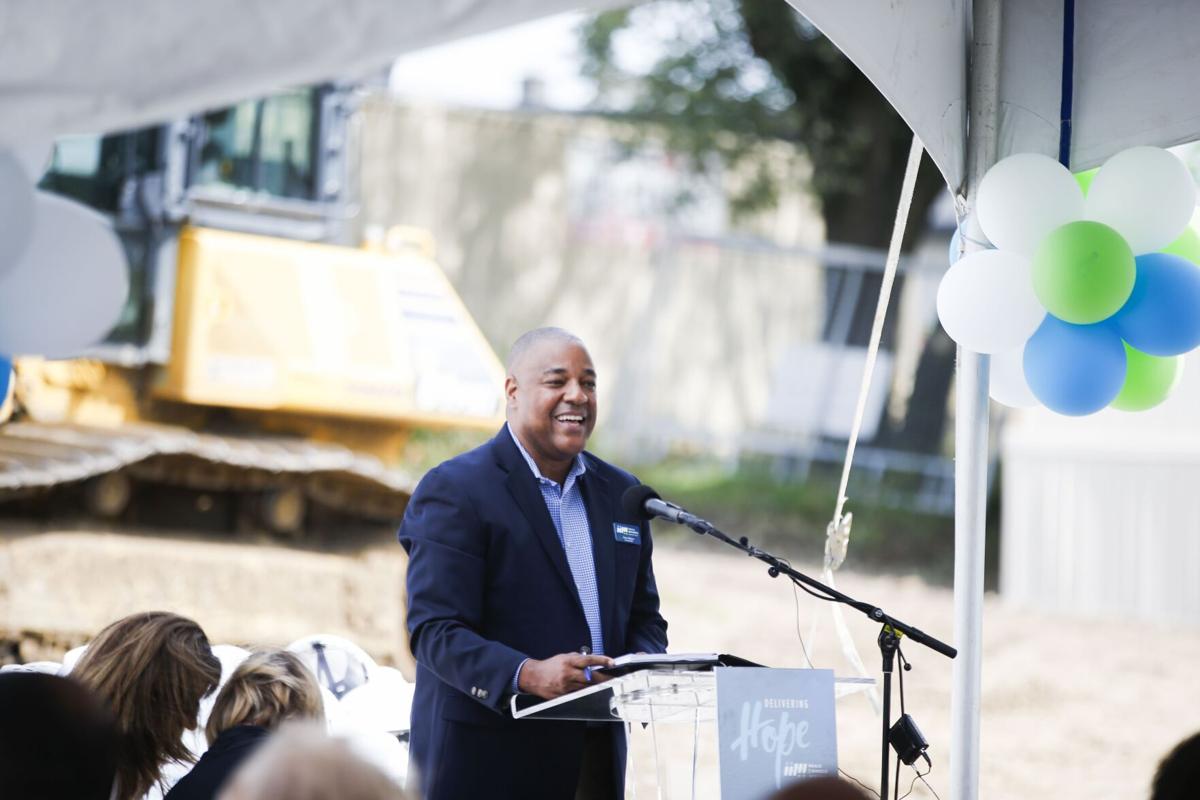 Calvin Moore, president and CEO of Meals on Wheels of Metro Tulsa, smiles Thursday at the groundbreaking of the agency's Hardesty Service Center. 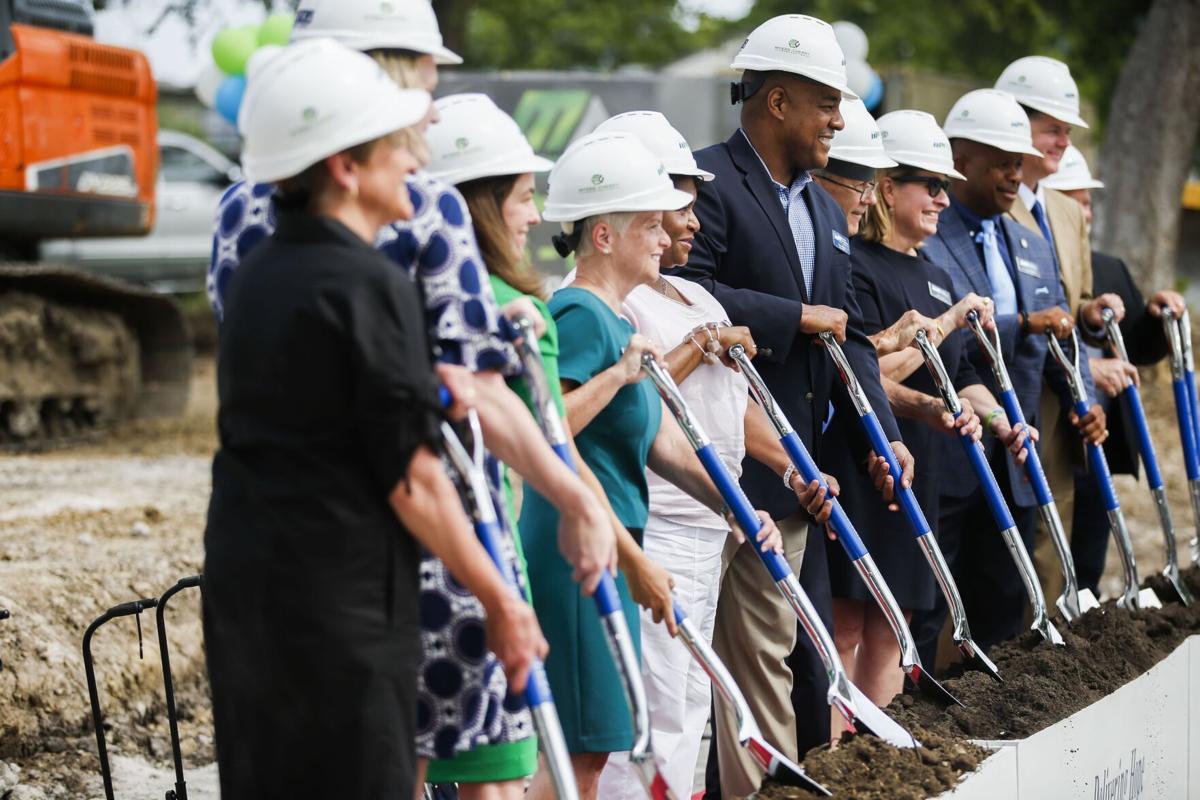 After agreeing to help lead a fundraising campaign for a new building, attorney Betsy Jackson went to meet the CEO of Meals on Wheels at the group’s old headquarters in east Tulsa. But she got lost.

“I didn’t see it. I drove right past it,” Jackson said Thursday morning as Meals on Wheels broke ground on a new $10.75 million facility in south Tulsa.

“That is something that is not going to happen at this building,” Jackson said.

Both the location and the architecture will give Meals on Wheels a lot more visibility in the city, she said. The new 24,000-square-foot building will sit on a 3-acre lot near the busy intersection of 51st Street and Yale Avenue and across from LaFortune Park, where the glass front and colorful exterior panels will be hard to miss.

The organization started 50 years ago by delivering half a dozen meals to a handful of shut-in seniors, officials said. It has delivered about 15 million meals since then and has become the largest not-for-profit home delivery program in Oklahoma, officials said.

Yet it has sometimes been overshadowed by other organizations, said Sara Hansel, director at the Hall Estill law firm and chairwoman of the Meals on Wheels of Metro Tulsa advisory board.

“It has been Tulsa’s best-kept secret in the not-for-profit world,” Hansel said. “But I don’t like secrets.”

The organization has gained a higher profile in recent years, and the new facility, to be named the Hardesty Service Center, will help continue that trend, she said. Funding came partly from the Hardesty Family Foundation and the Anne and Henry Zarrow Foundation.

The larger building will help the group go from delivering 300,000 meals per year to more than 1 million per year, officials said.

But the group does more than just deliver food, CEO Calvin Moore emphasized. It fights loneliness and isolation while addressing safety hazards and checking on the well-being of people who often have no one else to visit them.

Two men were killed in a two-vehicle crash in Mayes County on Saturday night, the Oklahoma Highway Patrol said.

Calvin Moore, president and CEO of Meals on Wheels of Metro Tulsa, says at the groundbreaking for the agency’s new headquarters that the new building will allow the agency to expand to delivering 1 million meals a year.

Calvin Moore, president and CEO of Meals on Wheels of Metro Tulsa, smiles Thursday at the groundbreaking of the agency's Hardesty Service Center.