Here's how we got to 1 million global coronavirus deaths, with the US leading the world

Watch Now: Protesters gassed at 71st and Memorial: Timeline of Tuesday's demonstrations in the Tulsa area spurred by death of George Floyd
Share this
{{featured_button_text}}
1 of 2 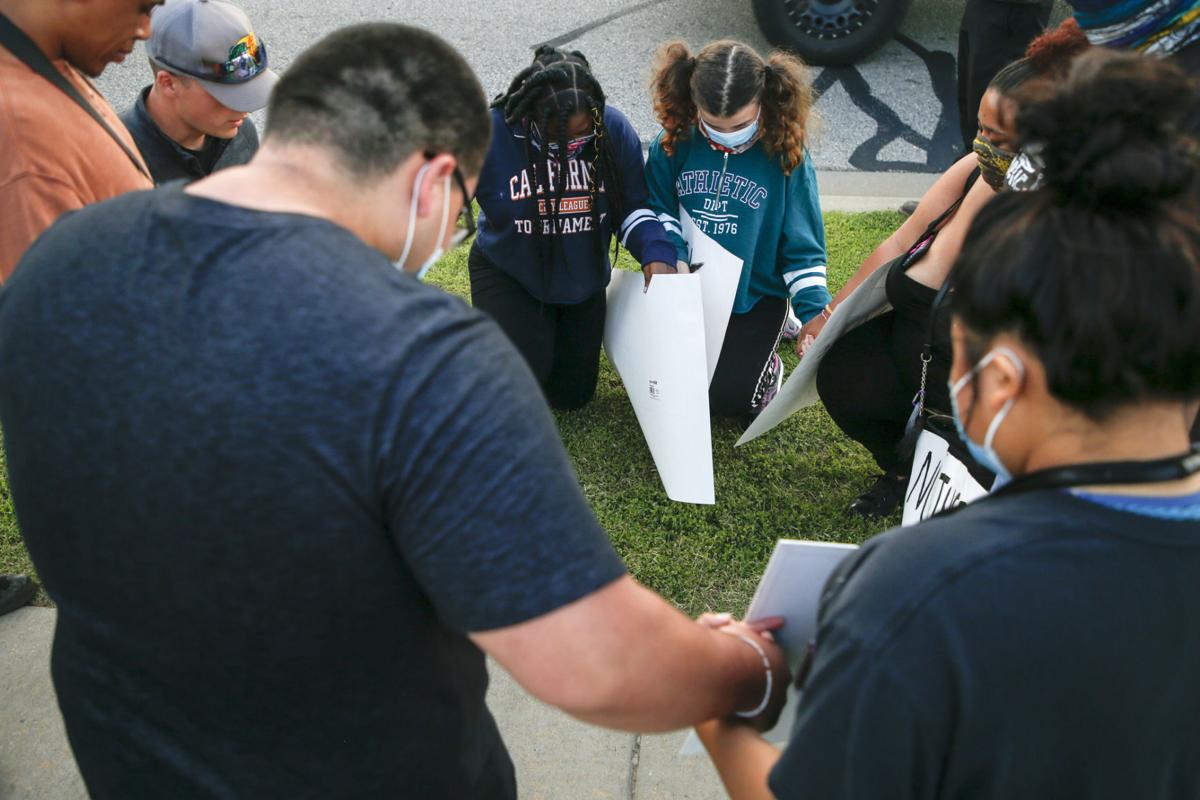 Participants kneel while praying during a protest at the Tulsa Hills shopping center on Tuesday. The group, spurred by the death of George Floyd in Minneapolis last week, is protesting racial inequity. IAN MAULE/Tulsa World 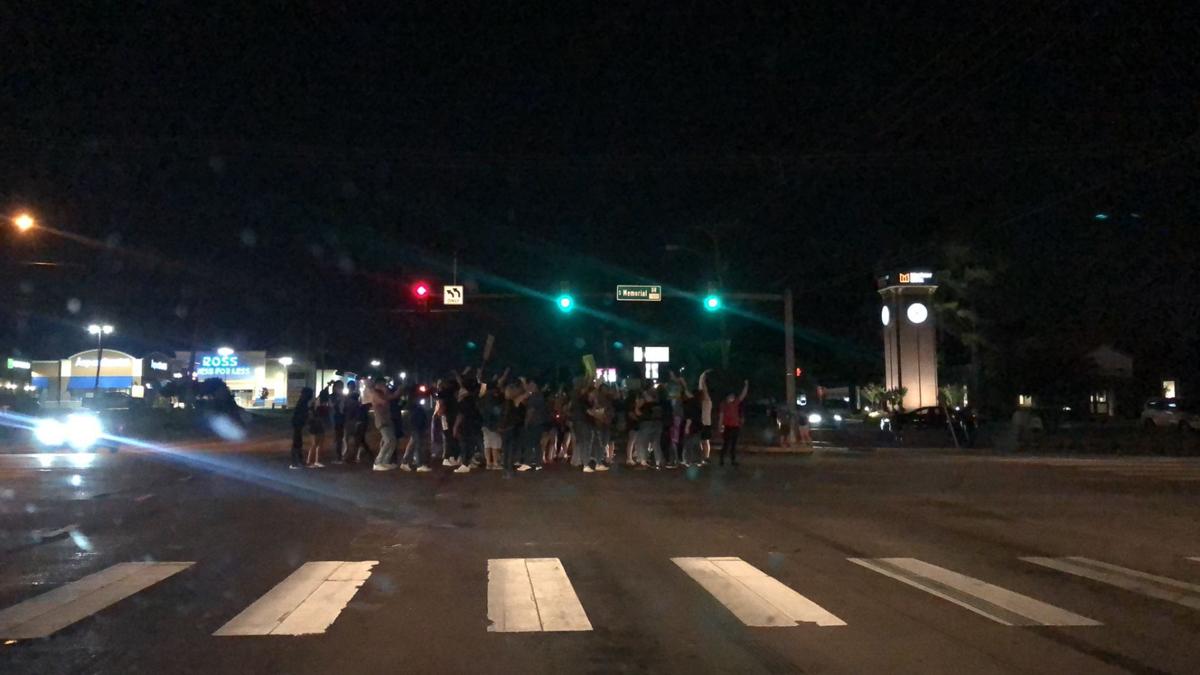 Young protesters stand in the middle of the 71st Street and Memorial Drive intersection about midnight Tuesday night after moving to the Woodland Hills area from the Tulsa Hills shopping center, where they peacefully protested racism in policing and the killing of George Floyd by police in Minneapolis. KELSY SCHLOTTHAUER/Tulsa World

Police deployed multiple rounds of teargas to disperse the protesters who had gathered in the middle of the intersection at 71st Street and Memorial Drive. The protesters had remained in the street despite repeated orders issued by the police to move out of the street.

The gathering at Tulsa Hills has dwindled, with about 50 of the protesters moving to the Woodland Hills Mall area. They are standing in the middle of the 71st Street and Memorial Drive intersection.

The number of protesters in the Tulsa Hills shopping center remained over 50 as the crowd traveled north from Town Center Drive toward 71st Street and walked east in a bid to get more exposure from passersby. Participants could be seen kneeling on the grass and sidewalk while a vehicle stopped in the far right lane on Olympia Avenue, apparently for protection.

As protesters walked toward Lowe's, a Tulsa World reporter observed "a bit of tense back and forth" among protesters over keeping their distance from police who were stationed nearby. They could be heard chanting "peaceful protest" as they walked east toward and past Tulsa Hills Drive.

No arrests have been reported in connection with the gathering, nor have officers used chemical irritants as of 11:15 p.m.

About 50 people, many of whom participated in a protest in south Tulsa on Monday, gathered Tuesday evening in the Tulsa Hills business district to speak out against racism and the deaths of black people by police.

The crowd spread out in the area of Town Center Drive and Olympia Avenue, chanting "black lives matter" at motorists as they passed through the intersection.

Though the demonstration has so far been peaceful, multiple businesses, including Target, opted to close early and board up windows in anticipation of possible property damage similar to what occurred near 71st Street and Memorial Drive on Monday night.

Police and members of the Oklahoma National Guard are in the Tulsa Hills area but did not have many interactions with protesters until around 9:30 p.m., when they issued warnings for protesters to stay off the street. Tulsa does not have a special curfew in effect.

The group of protesters, largely young people, have said the event was part of the #PeaceMovement. They declined requests to speak with media Tuesday, with one protester saying, "George (Floyd) didn't have a voice" last week when then-Minneapolis Police Officer Derek Chauvin and other officers ignored Floyd's pleas for air.

At least 200 people took to the streets in downtown Claremore on Tuesday evening after a 14-year-old girl issued a call online for a demonstration to protest in support of the Black Lives Matter movement.

The protest began around 6 p.m. and eventually moved to the Rogers County Courthouse and Ne-Mar Shopping Center before the final few dozen participants began walking around the area's Main Street. Facebook Live video of the event shows Kai Cook, the protest organizer, leading a chant of "Keep the peace" in the courthouse parking lot.

"I did this so y'all can talk," she said. "This isn't about me being some social justice hero. I want to be the future, and the future is now, baby."

Cook then pointed out how peaceful the gathering was and said she believed it made a difference because "more than zero" people decided to stand up for black people by protesting.

A video from Destiny Life Church in Claremore showed the crowd at Ne-Mar shopping center chanting phrases such as "No justice, no peace, no racist police" and "Hands up, don't shoot." The church's leadership thanked Cook for coming up with the idea to start a conversation about racial issues in Claremore.

The Tulsa World observed multiple people watching protesters walk by them chanting Floyd's name in downtown Claremore from outside what appeared to be their businesses. Multiple motorists could be heard honking their horns in support of the protesters.

Participants kneel while praying during a protest at the Tulsa Hills shopping center on Tuesday. The group, spurred by the death of George Floyd in Minneapolis last week, is protesting racial inequity. IAN MAULE/Tulsa World

Young protesters stand in the middle of the 71st Street and Memorial Drive intersection about midnight Tuesday night after moving to the Woodland Hills area from the Tulsa Hills shopping center, where they peacefully protested racism in policing and the killing of George Floyd by police in Minneapolis. KELSY SCHLOTTHAUER/Tulsa World