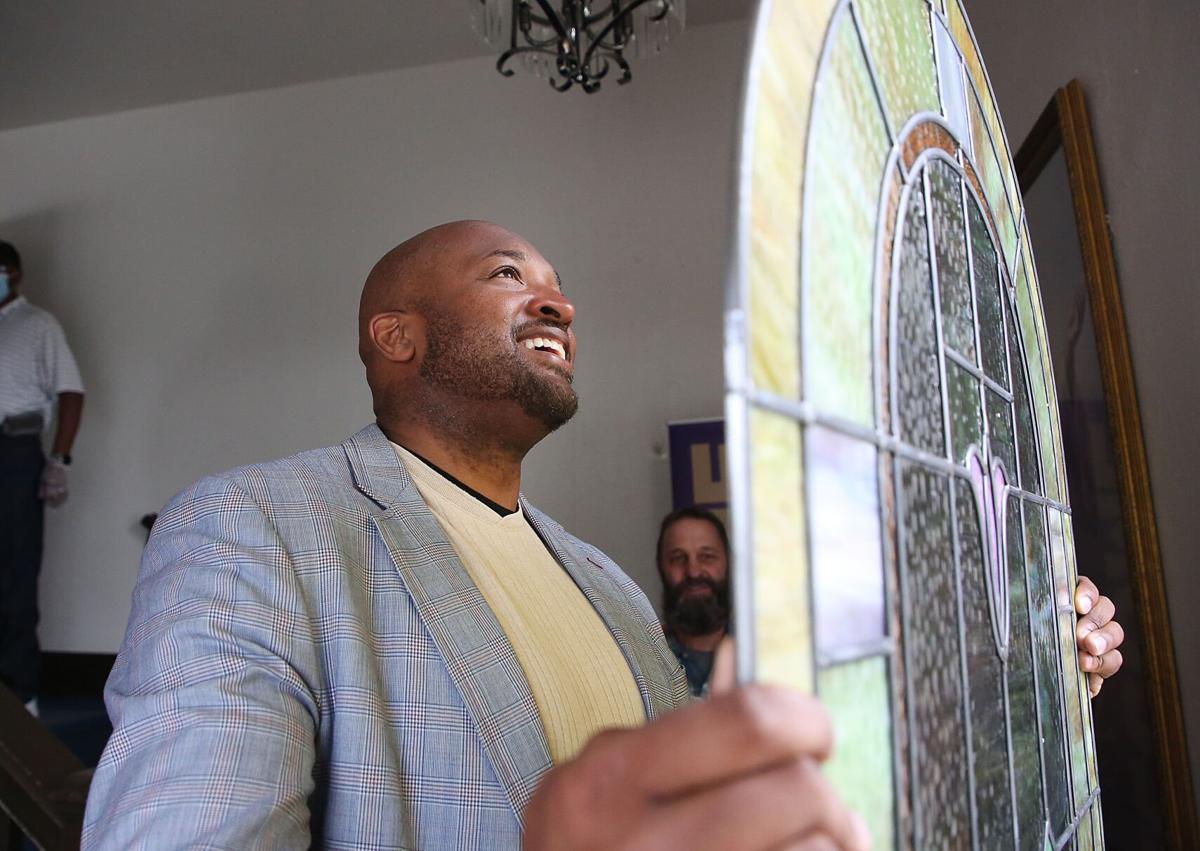 Rev. Robert Turner views a stained glass window upon its arrival at Vernon AME Church in May. The church’s windows were refurbished after years of wear caused by traffic on nearby Interstate 244. 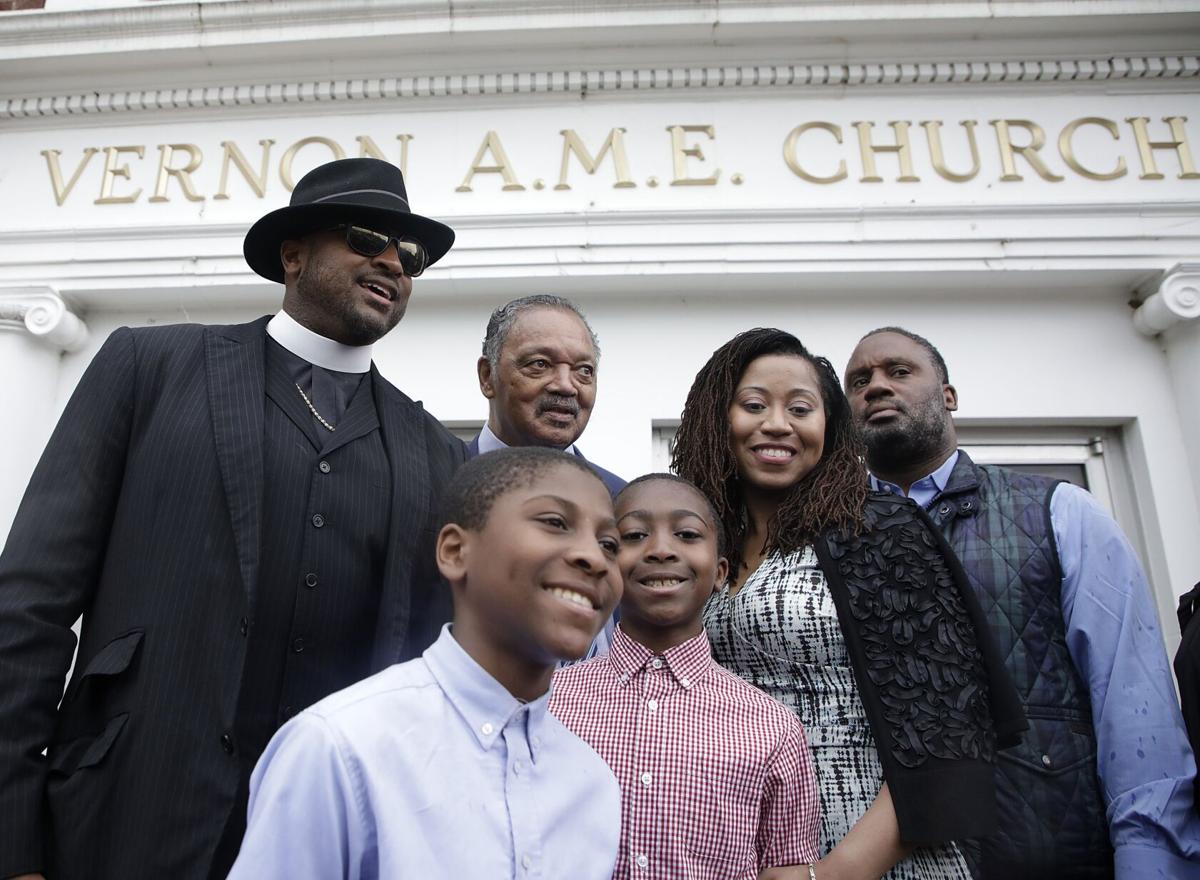 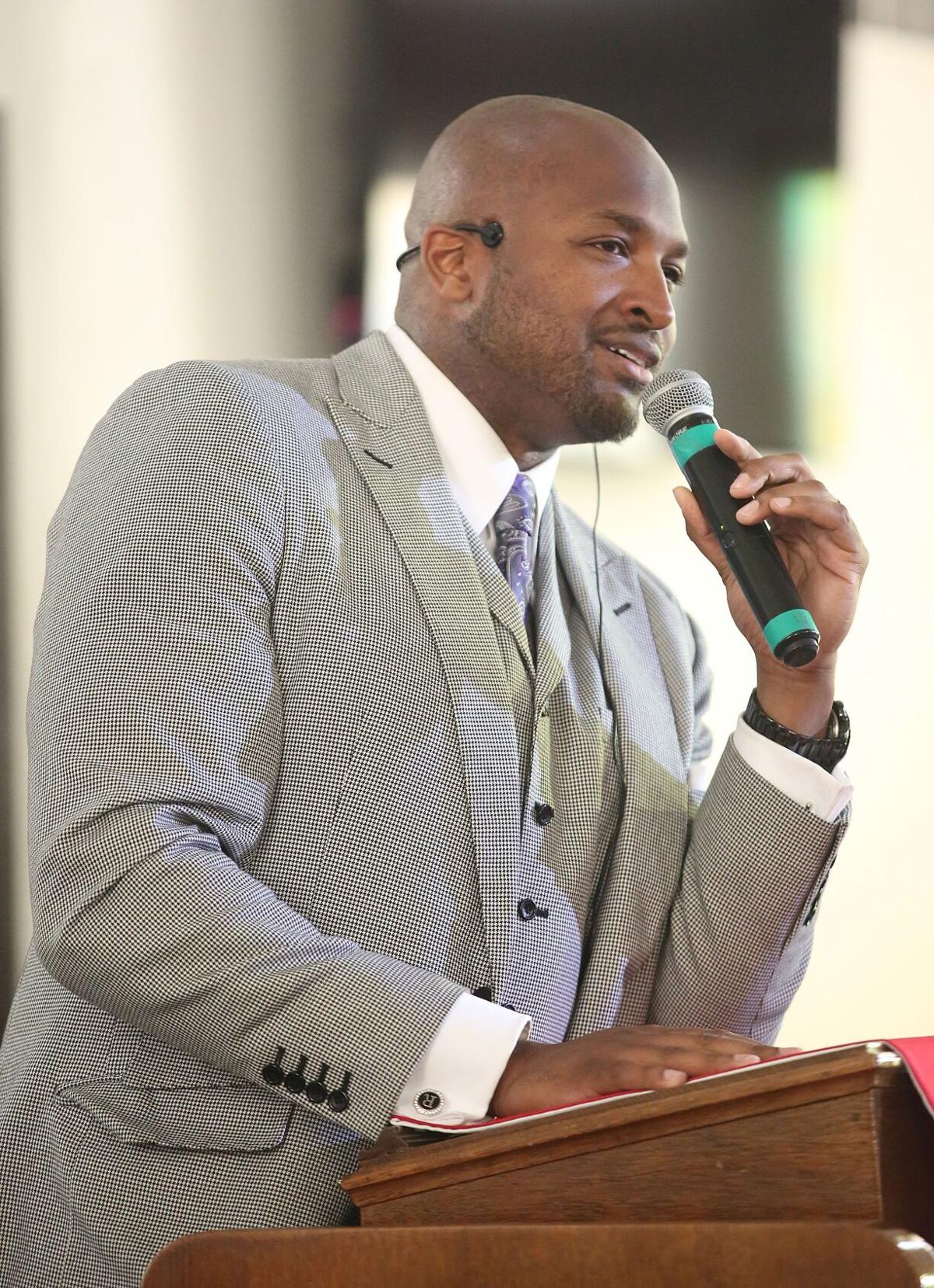 Rev. Robert Turner speaks during a dedication ceremony for the restored stained glass windows at Vernon AME Church in May. 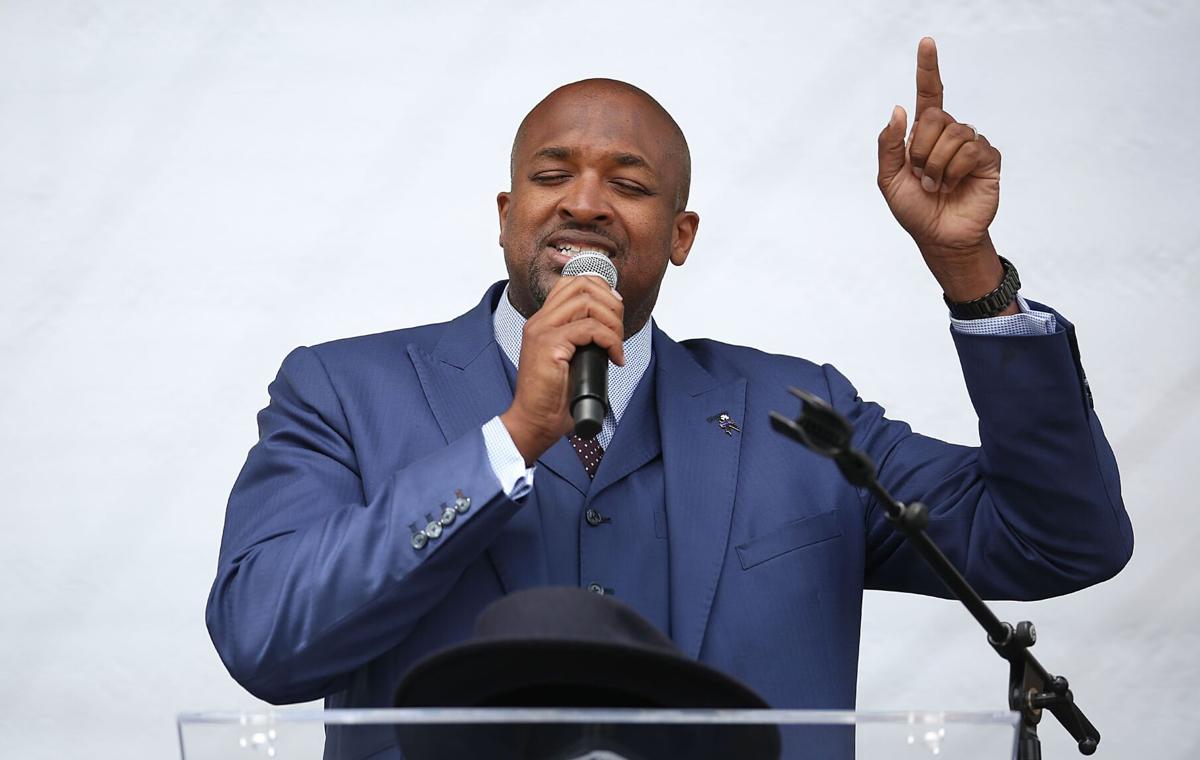 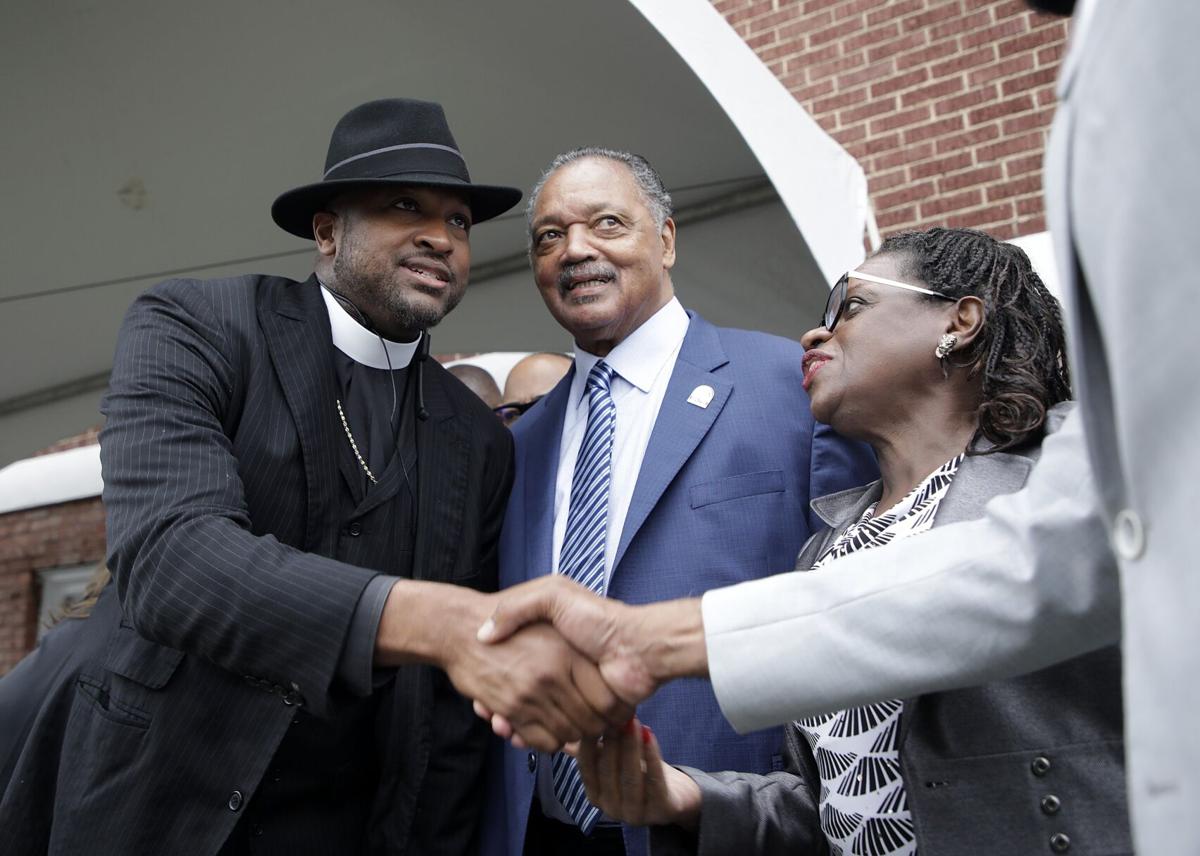 Rev. Robert Turner(left) and Rev. Jesse Jackson greet attendees at the dedication of the Prayer Wall for Racial Healing at Vernon AME Church Monday, May 31, 2021 in Tulsa, Okla.

The Rev. Robert Turner dreamed one night that he was preaching a Sunday morning sermon at Empowerment Temple, a megachurch in Baltimore, Maryland, where the Tulsa pastor had visited several years ago.

The very next day, the head of the Baltimore congregation asked Turner to become the church’s new pastor, a job he had not sought.

After four years at Tulsa’s historic Vernon AME Church, where he shepherded the congregation though the centennial of the 1921 Race Massacre, Turner will leave Friday to take the job in Maryland, where he will preach his first sermon Sunday morning.

“It came out of the blue,” Turner said Thursday. “But God spoke to me, so I have to go.”

An iconic landmark in the heart of the Greenwood District, Vernon AME had been under construction when 35 square blocks of north Tulsa burned during the violence of June 1, 1921. Only the basement survived, but the congregation began construction again. And the finished church became a symbol of Greenwood’s resilience.

A century later, Vernon AME became a focal point for centennial observances, with Pastor Turner gaining attention from national media with coverage from “60 Minutes,” CBS News, CNN, MSNBC, the New York Times, the LA Times and Washington Post, to name only a few.

The church wouldn’t have seemed a likely candidate for such attention when Turner arrived in 2017.

“Vernon’s membership had dipped to below 100 for the first time since the early 1900s.” Turner said. “And the historic windows were in dire need of being restored, along with other needed enhancements. We began a building campaign and invited the greater Tulsa community to assist.”

With help from local foundations, the congregation recently finished roughly $1 million worth of restoration, including a complete refurbishment of the stained-glass, Turner said. And membership has grown.

“I will always love and keep Tulsa and Vernon close to my heart,” said Turner, 39.

In Baltimore, he will lead a congregation that is much bigger but also much less historic, with Empowerment Temple dating back only 21 years.

The previous pastor was ousted in August after Empowerment leaders said he had been late filing audit reports required by its mortgage lender, costing the church tens of thousands of dollars in fees.

Guest speakers will lead services at Vernon until the congregation names a new pastor, Turner said.

Rev. Robert Turner views a stained glass window upon its arrival at Vernon AME Church in May. The church’s windows were refurbished after years of wear caused by traffic on nearby Interstate 244.

Rev. Robert Turner speaks during a dedication ceremony for the restored stained glass windows at Vernon AME Church in May.

Rev. Robert Turner(left) and Rev. Jesse Jackson greet attendees at the dedication of the Prayer Wall for Racial Healing at Vernon AME Church Monday, May 31, 2021 in Tulsa, Okla.