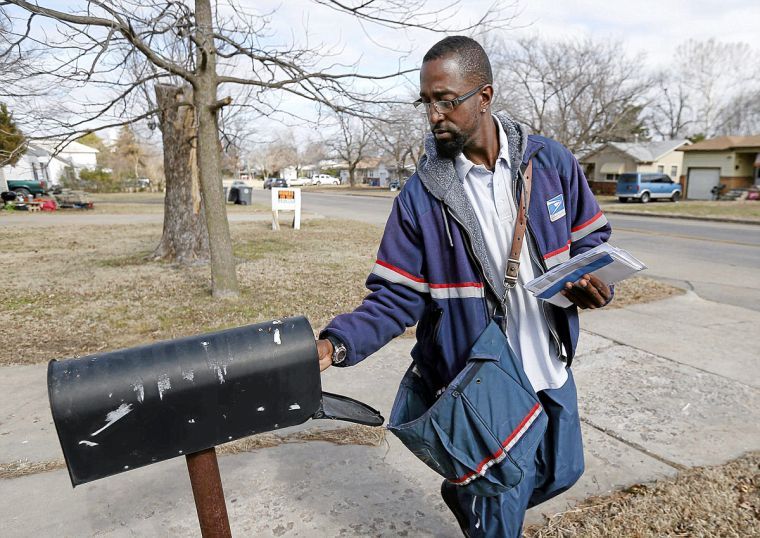 Mail carrier Jeremi O'Neal delivers letters along his Tulsa route on Thursday. O'Neal has been honored for helping an injured woman he came across while on the job. MATT BARNARD/Tulsa World 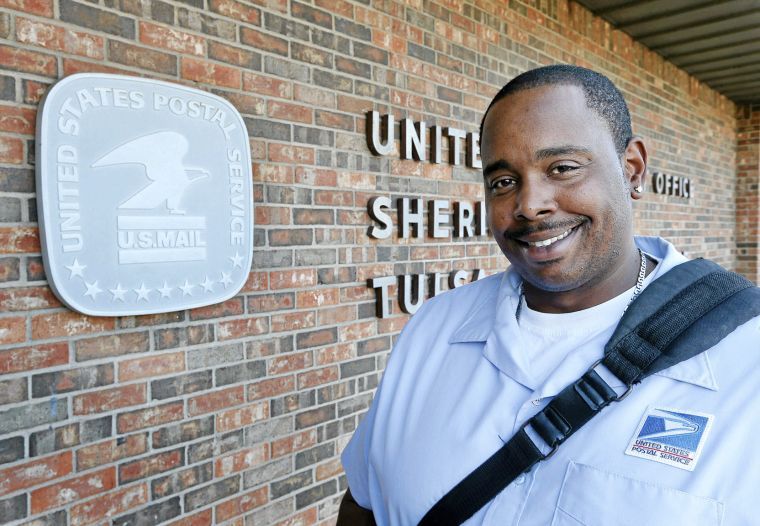 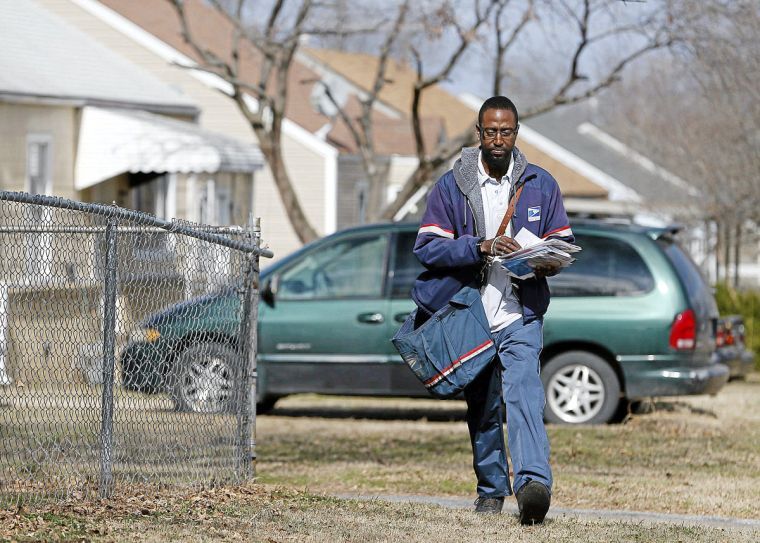 Mail carrier Jeremi O'Neal delivers letters along his Tulsa route on Thursday. He was recently honored for helping an injured woman while on the job. MATT BARNARD/Tulsa World 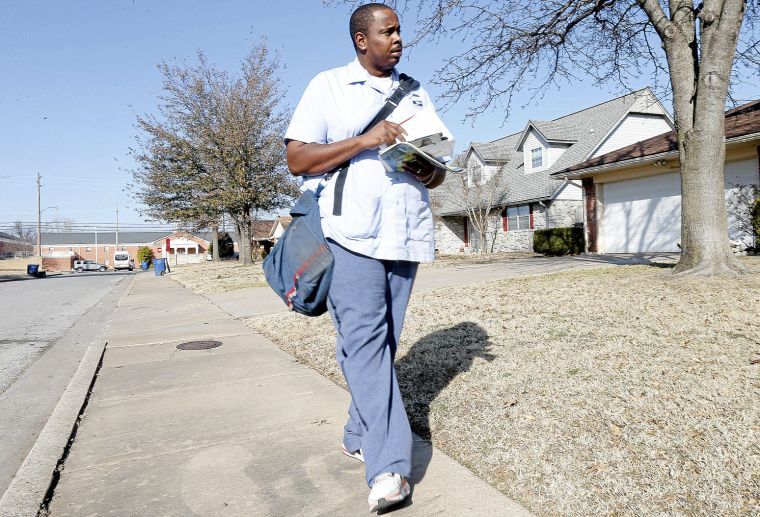 The impact broke the Tulsan’s nose and cracked her cheekbones.

“I was just sitting there bleeding to death,” she said. “I lost about 3 pints. It was pouring.”

The first person to tend to her was a U.S. Postal Service worker near the end of his shift, Jeremi O’Neal, who fetched a towel to address the bleeding and comforted O’Banion until an ambulance arrived.

O’Neal and Merlie Bell, another Tulsa letter carrier who helped a woman during a medical emergency, were recognized nationally for their efforts. Each received the Postmaster General’s Hero Award in September.

For O’Banion, the most touching part was how O’Neal followed up.

“He checked on me every day after that,” she said. “He would tap on the door and say, ‘I’m just checking.’ He was so sweet.”

Bell was working July 26 when he came upon a residence having a garage sale. He was directed to a vehicle in which an unresponsive woman was sitting.

Bell rapped on the window and then opened the door to find that she was having a seizure. The postal worker reclined her seat, turned her on her side and followed the instructions of a 911 dispatcher who had summoned paramedics.

“To me, you never panic,” said Bell, who served eight years in the U.S. Navy. “You make sure they’re breathing. You assess the situation. It’s the same stuff we learned in survivor courses.

“Don’t make it worse than it is. She was just in that seizure stage that she kept coming in and out of.”

Efforts to reach the woman, whose name wasn’t released by the USPS, were unsuccessful.

For the record, both O’Neal and Bell finished their routes after the traumatic events.

“I’m very appreciative,” O’Neal, 37, said of his award. “But at the same time, it’s common sense. I don’t think common sense is a form of heroism.

“She was in trouble. So I just spoke to her. The best thing you can do is talk to someone, keep them calm.”

Tuesday's high will be 82, but temperatures will return to the mid-90s by Thursday, the weather service said.

Mail carrier Jeremi O'Neal delivers letters along his Tulsa route on Thursday. O'Neal has been honored for helping an injured woman he came across while on the job. MATT BARNARD/Tulsa World

Mail carrier Jeremi O'Neal delivers letters along his Tulsa route on Thursday. He was recently honored for helping an injured woman while on the job. MATT BARNARD/Tulsa World