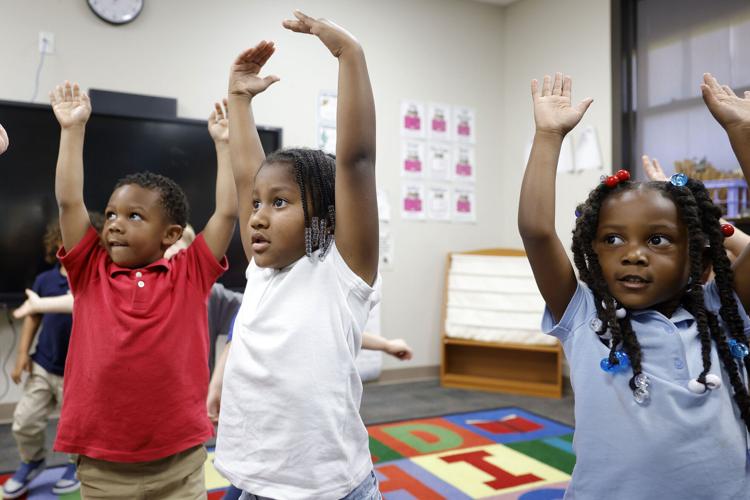 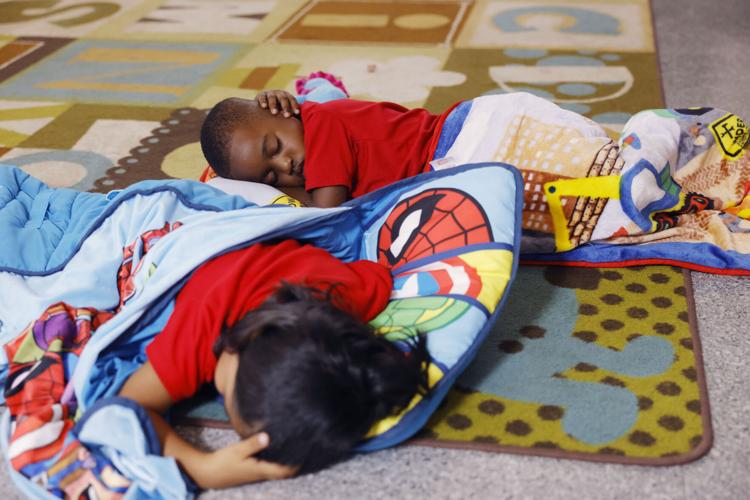 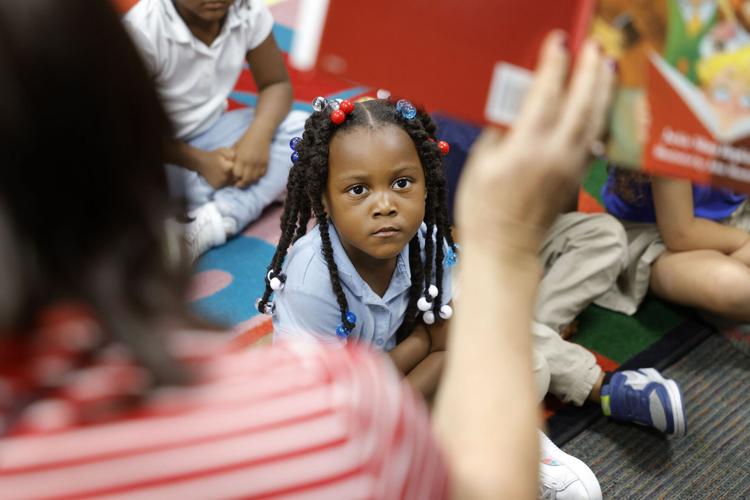 Dreyah Taylor listens to a story in a pre-K class at Mayo Demonstration School. 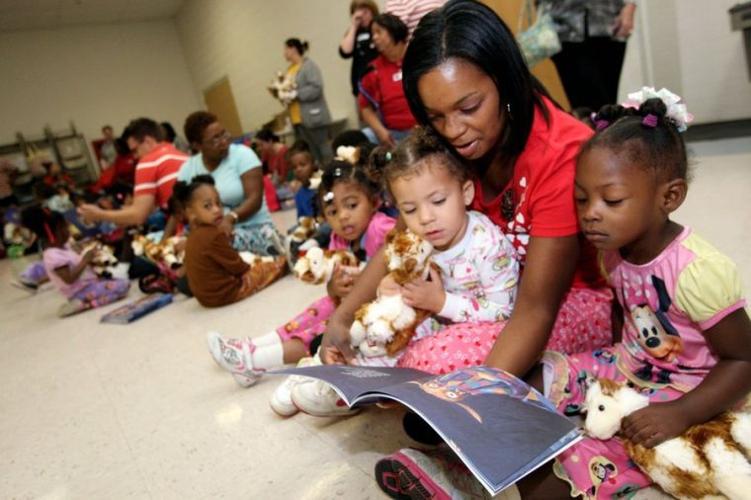 Tulsa's Head Start program has been part of a two-decade research project by Georgetown University faculty, who found many short- and long-term gains. Pictured in 2011 is Head Start teacher Alison Maxwell, reading to students at the Frost Elementary Head Start center.

Through the decades, the Center for Research on Children in the United States at Georgetown has followed different cohorts of children in the pre-K program of Tulsa Public Schools and Tulsa Head Start. It has often found gains along the way, particularly for low-income, Black and Hispanic students.

“If you care about children, then when you think of Tulsa, you should also think about universal pre-K because Tulsa has been an undisputed leader in this area,” said Bill Gormley, co-director of the center and professor of public policy and government. “Universal pre-K is a hot topic and deservedly so. It focuses on young children, many of whom desperately need a helping hand and most of whom can benefit from a strong preschool education. At its best, universal pre-K is a gift that keeps on giving.”

Oklahoma was among the first states to implement universal pre-K, programs for 4-year-olds offered by public schools. Only eight states fund pre-K for all children.

In addition, Tulsa also has targeted early childhood education programs for low-income students that provide programs to parents as poverty interventions. Some of those resources are job training, education or social needs.

“The Tulsa pre-K program is noteworthy is several respects,” Gormley said. “First, it’s a relatively old program, having been established by the (Legislature) in 1998. Second, it’s a relatively high-quality program. Third, it’s a program that serves a diverse cross-section of students. Fourth, it relies on two key service delivery mechanisms: school-based pre-K and Head Start.

“All of these features together have made Tulsa a very attractive site for us as researchers. It’s been our great privilege to study this program and its effects over the past two decades.”

Researchers say the idea of “fade out” — a reference to gains made in early education fading — is more a convergence, where non-preschool students are catching up to those who went to pre-K.

The new data, research and working papers released Tuesday include:

Third graders who have attended preschool have stronger cognitive and self-regulation skills than other children. Self-regulation refers to behavior, such as being able to follow directions from a teacher or communicate well with classmates. It is the first study to document the effects from preschool on self-regulation, and the lead author is Georgetown associate psychology professor Anna Johnson.

This paper comes from the Tulsa School Experiences and Early Development study, known as SEED, with researchers from the University of Oklahoma-Tulsa listed as co-writers.

Alumni of Tulsa’s pre-K program do better on several high school indicators, and researchers found a positive link to on-time graduation. Lead author Sara Amadon, senior research scientist at Child Trends, found students who went through pre-K were more likely to take an Advanced Placement or International Baccalaureate class, less likely to fail a class and more unlikely to be held back a grade.

The study did not find effects in test scores and GPA but saw preschool alumni had less absenteeism.

Tulsa pre-K students are more likely to pursue higher education, according to a study led by Gormley of 4,033 students who were Tulsa kindergarteners in fall 2006. They estimate the likelihood of enrolling in college to be 12 percentage points higher for TPS pre-K students than for those who attended neither TPS pre-K nor Head Start.

“Tulsa’s early childhood education programs significantly changed children’s lives for the better in the long run by increasing the likelihood that they will enroll in college,” Gormley said.

Students who attended a Tulsa pre-K are more likely to become registered voters and show up at the polls. The data came from the Tulsa group of preschool students from 2005-2006 who are now college-aged. Lead author Karin Kitchens, assistant political science professor at Virginia Tech, looked at the voter data of the students against their peers. The increased civic participation is credited to the increased academic skills and self-regulation.

The benefits of Tulsa’s pre-K program exceeds its costs in the long term, according to a team led by senior economist Tim Bartik of the Michigan-based Upjohn Institute. In one estimate, each dollar spent per pre-K participant is shown to yield an earnings effect of $2.65. A less conservative estimate shows a benefit-cost ratio could be as high as 4.08.

“We have to see what happens to college graduates and get some earnings data,” Bartik said.

How can 22-year-old Miss Oklahoma know what it's like to be a senior citizen?

Although she’s about 60 years younger than the average resident, the current Miss Oklahoma, Megan Gold, is living at Covenant Living at Inverness, a sprawling retirement community on West 71st Street.

A nationwide effort by Trump supporters to undermine trust in the election process appears to have escalated, and officials think an event held last month in in Springfield, Missouri, could be to blame.

The Tulsa County Election Board is down 350 to 400 precinct workers from what it will need for the November elections, and it is looking to local municipalities for help.

Michael Jerome Jager, 51, was not wearing a seat belt and was ejected in the single-car crash, the Oklahoma Highway Patrol reported.

A woman was killed and another woman and three children were involved in a crash Monday afternoon involving a city of Tulsa truck in north Tulsa.

State Question 820 will now appear on a special statewide election in 2023 or go before voters in 2024, depending on what Gov. Kevin Stitt or his successor decides.

Dreyah Taylor listens to a story in a pre-K class at Mayo Demonstration School.

Tulsa's Head Start program has been part of a two-decade research project by Georgetown University faculty, who found many short- and long-term gains. Pictured in 2011 is Head Start teacher Alison Maxwell, reading to students at the Frost Elementary Head Start center.