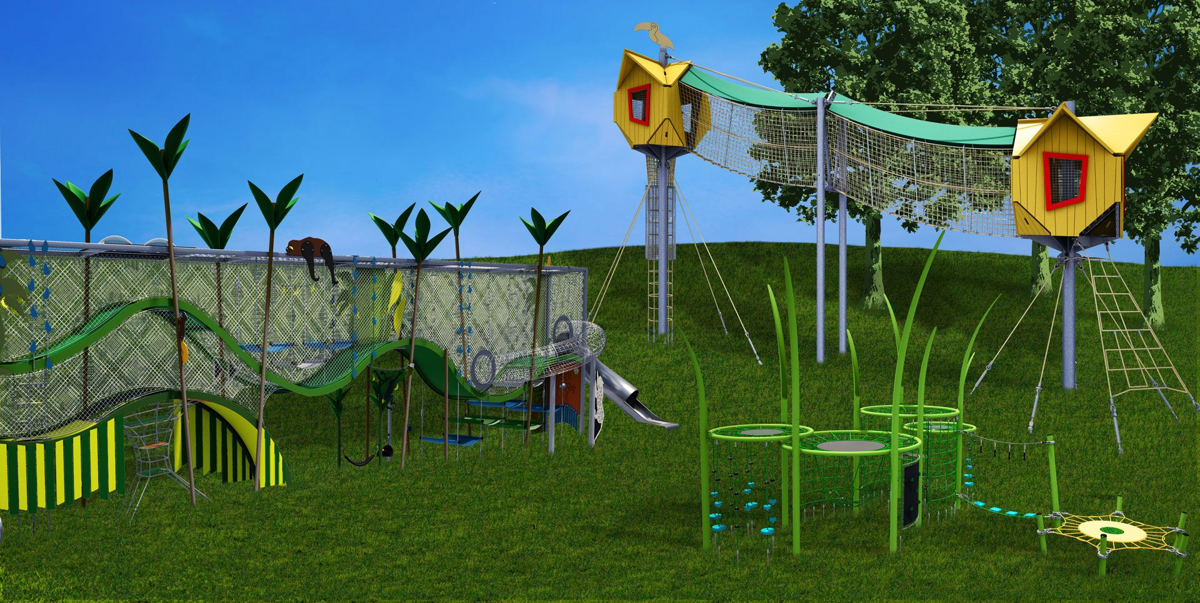 A digital rendition shows the Helmerich “Behaving Like Animals” Playground. 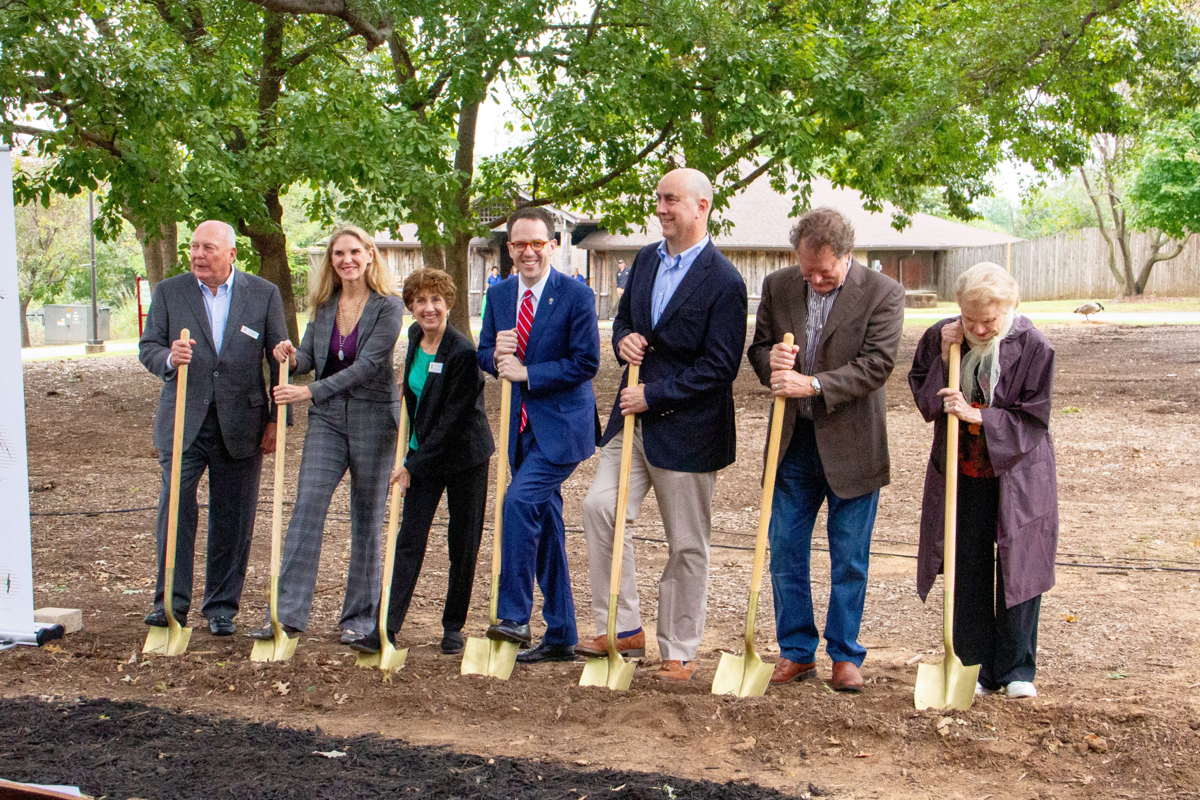 The Tulsa Zoo broke ground Thursday morning on a play area intended to encourage children to embody the animals they see on display.

A private ceremony was held at 10 a.m. for the Helmerich “Behaving Like Animals” Playground, which has been designed with different ages and capabilities in mind.

Ellen Averill, a spokeswoman for the zoo, said the $3 million playground will boast age-specific play areas for toddlers to parents and sensory aspects. The designs are intended to allow children to mimic behaviors and movements of animals, Averill said.

The playground is the first project of the second phase of the zoo’s master plan to rebuild, Averill said, and a small one at that.

The $26 million worth of improvements brought to the more than 90-year-old zoo in the first phase — the Mary K. Chapman Rhino Reserve, St. John Family Den, the Osage Casino & Hotel Giraffe Barn and Lost Kingdom exhibit complex — serve to illustrate the direction officials are taking.

Beyond the playground, Averill said the $62 million second phase of the master plan will include efforts to improve habitats for Asian elephants and African species and the reshaping of the zoo’s entry.

The playground is expected to open in the spring.

Sometimes overshadowed by its Art Deco cousin on Boston Avenue, Cherry Street's Catholic parish will get some well-deserved attention this week.

The Comic Empire of Tulsa opened in 1976. Mike McCormick bought the store in 1984 and spent 36 years behind the counter. He decided to sell one of the nation's oldest comic shops and become a "house husband."

The girl, whose identity wasn't released, was pronounced dead at scene, and at least four other people who had been in the car with her were taken to a hospital.

A digital rendition shows the Helmerich “Behaving Like Animals” Playground.