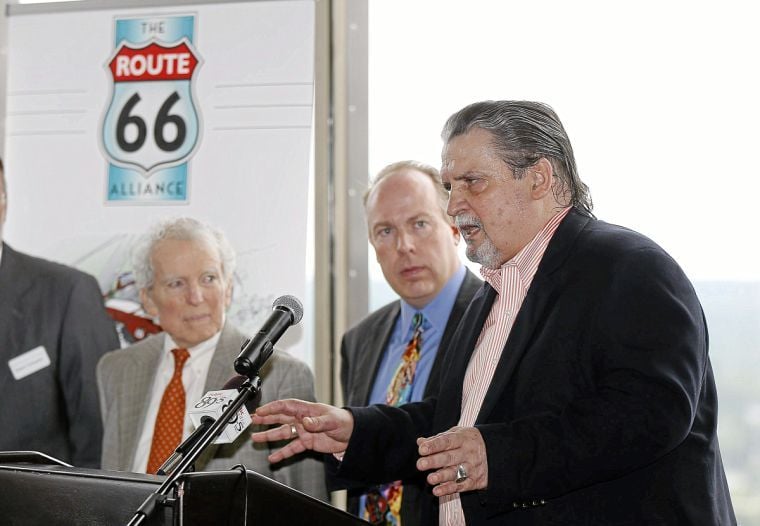 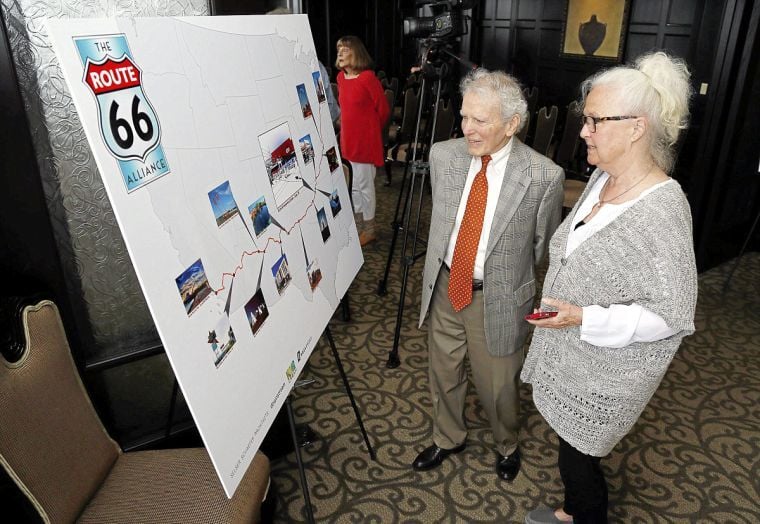 Cyrus Stevens Avery ll (left) and Suzanne Wallis look at a rendering of an interactive map that may be in the Route 66 Experience that was announced at a press conference on Wednesday. STEPHEN PINGRY/Tulsa World 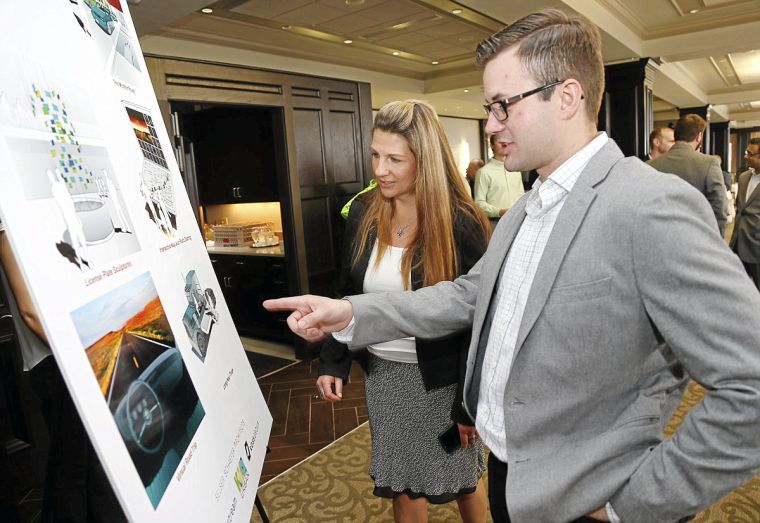 Melody Hespelt (left) and Steven Watts look at a rendering of interactive activities that may be in the Route 66 Experience that was announced at a press conference. The $19.5 million Route 66 Experience will be built along the Arkansas River just outside of downtown. STEPHEN PINGRY/Tulsa World

The mayor was saying how popular Tulsa’s new Route 66 attraction is going to be, but he had to pause to find the right word to describe it.

During a press conference Wednesday morning, officials made a rather large point of not calling it a “museum” as they announced plans to build a $19.5 million Route 66 Experience along the Arkansas River just outside of downtown. That dollar figure includes $4 million worth of interactive exhibits — imagine, for example, a virtual car ride through the Arizona dessert or a giant map letting visitors share their own photos from along the highway.

The idea is to “keep people on the road,” not just explain the history of America’s most famous highway, said Michael Wallis, a historian from Tulsa who gets a lot of credit for reviving interest in the highway with his 1990 book, “Route 66: The Mother Road.”

“We don’t need another museum,” said Wallis, who is also known as the voice of the sheriff in the Pixar movie “Cars.” “The best museum is to get out there on the road.”

And tens of thousands of tourists a year drive it, with an increasing number of them coming from overseas. Tulsa hopes to slow them down just long enough to spend some money on restaurants, shopping and hotels.

When the facility opens in 2019, Tulsa “becomes the premier destination on Route 66,” said Cyrus Avery II, part of Wallis’ nonprofit Route 66 Alliance, which is raising funds for the project.

Avery’s grandfather and namesake was a Tulsa County Commissioner who first conceived the idea of a national “Main Street” crossing the heartland. As part of a federal board that designed the U.S. highway system, he brought Route 66 through Tulsa to take advantage of a bridge that had already been built across the Arkansas River.

That bridge, now closed to traffic, leads to the Cyrus Avery Plaza at 12th Street and Riverside Drive, where construction will start next year on the Route 66 Experience. Along with sweeping views of the river and the downtown skyline, the development will include restaurants, retail space, an event center and an authentic soda fountain. The top level of the parking garage will even double as a drive-in theater with a massive outdoor video screen.

A feasibility study predicted more than 41,000 visitors a year.

“My grandfather would be very impressed with the bold design,” Avery said.

Stretching from 12th Street and crossing over Riverside Drive, creating a pedestrian link to RiverParks, the design features sharp angles and a bight red color scheme.

While the bulk of funding will come from private donors or corporate sponsors, the city of Tulsa will contribute $6.5 million from a combination of Third-Penny Sales Tax and Vision 2025 money, approved by voters in 2003.

Part of the Vision 2025 funding was always designated for Route 66 development. Taxpayer money, however, will be contingent on developers securing enough private donations first, officials said.

If completed, the project will hopefully spark revitalization and development along the entire stretch of Route 66 through Tulsa, running along 11th Street and Southwest Boulevard, Bartlett said. The building’s location, on city-owned property near the waterfront but also just a few minutes from the BOK Center, will also help connect Tulsa’s revitalized downtown with the river, where the city hopes to see more development in the future.

“This is one of those red-letter Okie days,” Bartlett said, “a day we will look back on and remember because something big was started.”

The state health commissioner calls for "working together" to improve health outcomes, though the Tulsa Health Department's executive director says recent history showed the state's reluctance to do just that.

Cyrus Stevens Avery ll (left) and Suzanne Wallis look at a rendering of an interactive map that may be in the Route 66 Experience that was announced at a press conference on Wednesday. STEPHEN PINGRY/Tulsa World

Melody Hespelt (left) and Steven Watts look at a rendering of interactive activities that may be in the Route 66 Experience that was announced at a press conference. The $19.5 million Route 66 Experience will be built along the Arkansas River just outside of downtown. STEPHEN PINGRY/Tulsa World