Subscribe
Read Today's E-Edition
Share This
Tulsa’s Isaiah Jarvis gets hit in head by pitch, then hugs distraught pitcher who did it in touching display of sportsmanship
0 Comments
Share this
1 of 7 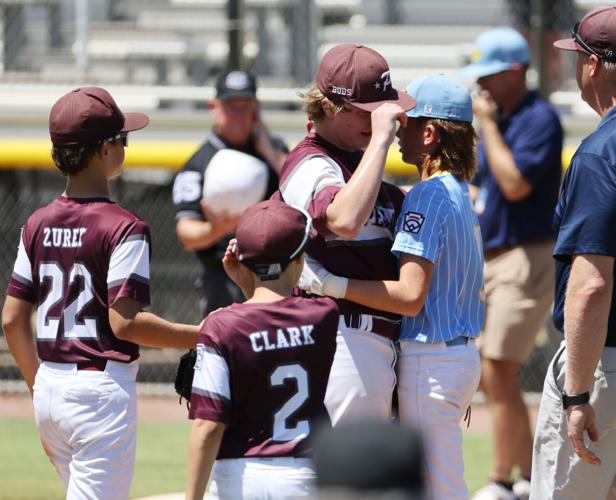 Tulsa Nationals’ Isaiah Jarvis (right) consoles Pearland pitcher Kaiden Shelton after getting hit in the helmet by a pitch Tuesday during the first inning of the Southwest Regional Little League baseball championship game in Waco, Texas. 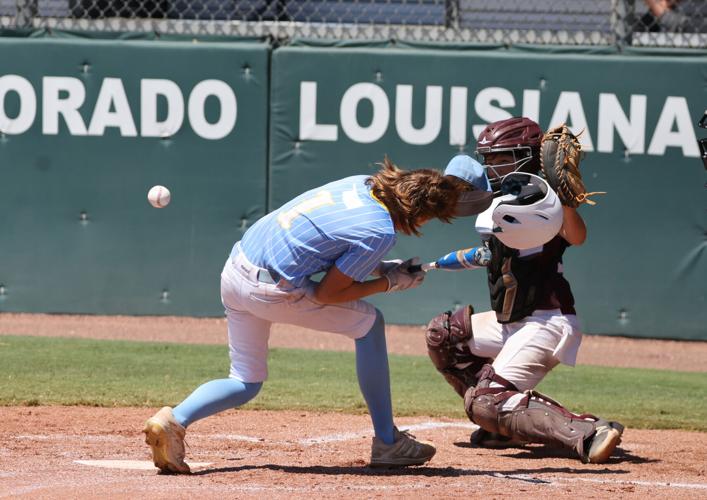 Tulsa Nationals’ Isaiah Jarvis’ batting helmet flies off as he gets hit in the head by a pitch in the first inning of the Southwest Regional Little League baseball championship game Tuesday. 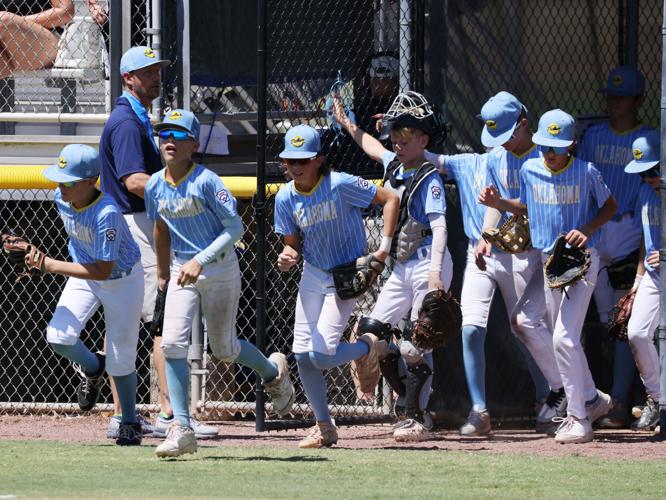 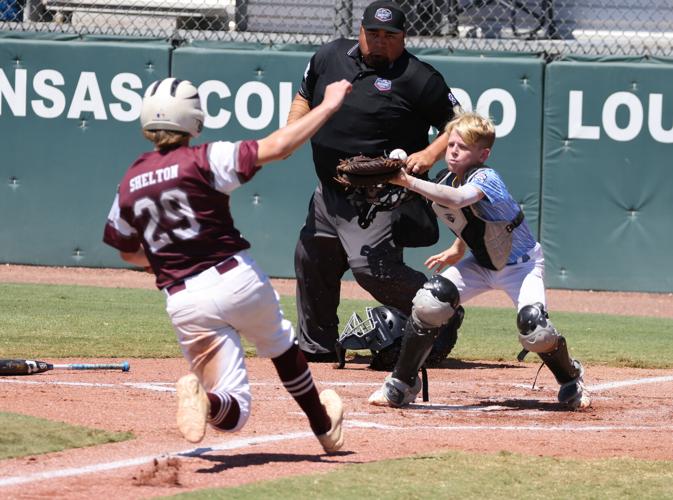 Tulsa catcher Cohen Sanford can't hold on for the relay throw to the plate in the first inning, allowing Pearland's Kaiden Shelton to score in the Southwest Regional Little League baseball championship game in Waco, Texas, on Tuesday. 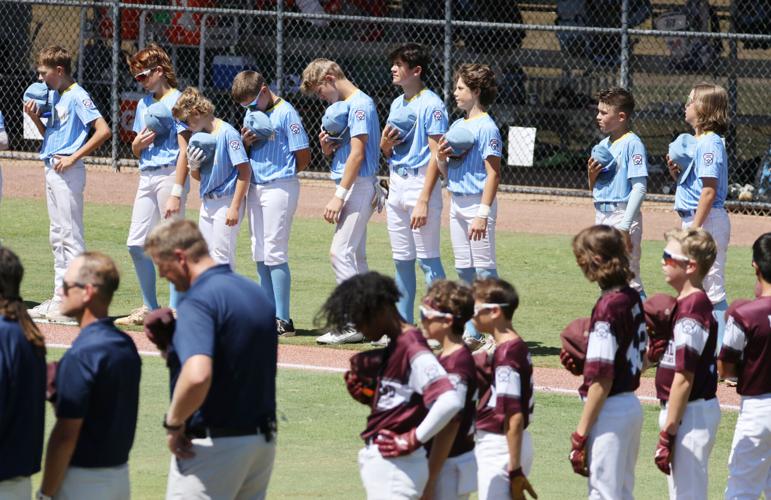 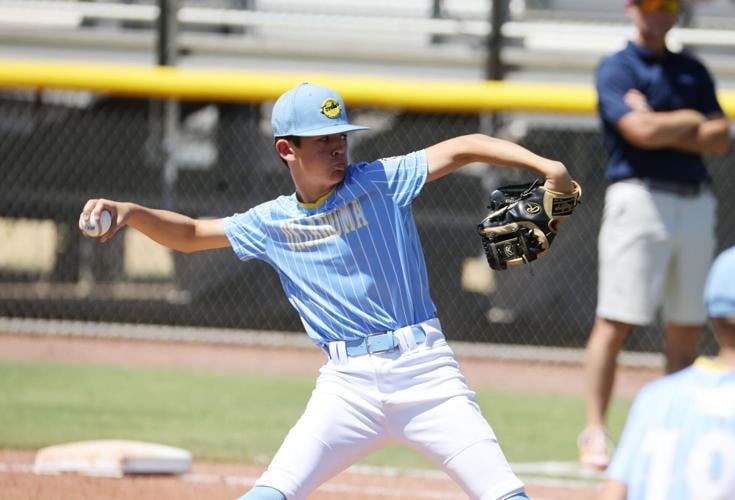 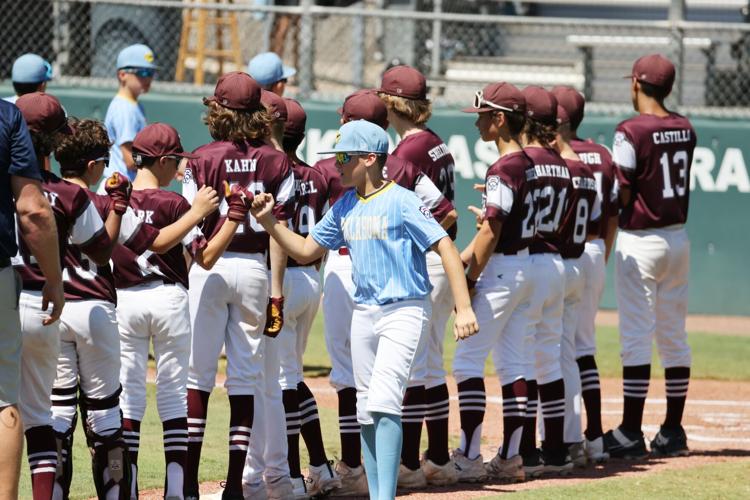 They didn’t win on the scoreboard, but, boy, did they win a lot of hearts.

The Tulsa Nationals Little League squad, competing as Team Oklahoma in the Little League World Series Southwest Regional tournament in Waco, Texas, fell 9-4 to the Texas East team from Pearland, Texas, on Tuesday, but the moment everyone was talking about wasn’t a big hit or an error, but rather a display of sportsmanship.

With Tulsa trailing 3-2 in the bottom of the first inning, Pearland pitcher Kaiden Shelton hit Tulsa’s Isaiah Jarvis in the side of the head with a pitch. It was shocking to see Jarvis go down as his helmet flew off, and as Jarvis was being attended to Shelton appeared to be upset.

By the time Jarvis got back to his feet and made it to first base, Shelton was crying and having a difficult time keeping his composure, so Jarvis ended up walking over to Shelton and hugging him as an audience watched nationwide on ESPN. And while talking to him, he even gave him a bit of a pep talk, reminding him that he was a good pitcher.

“Obviously he felt bad if he was crying like that, and I wanted to make sure he was OK and he knew that he was a dude on the mound; he threw hard; he was doing good,” Jarvis said in a phone interview with the Tulsa World after the game.

“If I was in that position and just hit a kid in the head and almost gave him a concussion, I would be (crying), too. So I was just going over to make sure that he knows I’m OK and he doesn’t need to be crying because I’m just fine.”

“(Shelton) just lost control of the ball, so, we call him Zay, when Zay went out there and gave him a hug on the mound, I’ll be honest, I was crying like a baby,” Kouplen told the World after the game. “It was one of the greatest things I’ve ever seen.

“It just really shook him up, so Isaiah just felt compassion for him, and on his own — none of us said a word to him — went out there and gave him a hug. But our boys had been doing that all week long. That’s the most viral example, but they are amazing, I just couldn’t be more proud of them.”

Even Tulsa Mayor G.T. Bynum took notice and praised Jarvis and the team, posting on Facebook and tweeting, “So proud of the way these players are representing our city and our state! #OklahomaStandard.”

The two teams had mingled at the hotel, and Jarvis and Shelton had become friends. So his gesture was borne from a genuine concern for a new buddy who was upset at thinking he had injured him.

“I went to his room and we hung out, played a little bit last night and stuff,” Jarvis said of Shelton. “We’re pretty good friends.”

The Tulsa kids had been making friends with players from other teams throughout the tournament, Kouplen said.

“They’d been hanging out and playing together and being buddies all week long,” he said. “And really, both teams. We had many friends on that team, and they loved our guys, as well.

“There were certain teams here that were very stand-offish and were very competitive and didn’t really want to mix, but that was not what we encouraged our boys to do. We told them, ‘You can be best of friends and still compete on the baseball diamond,’ and so we have had a number of amazing moments.”

And although it looked bad, Jarvis was OK and continued in the game before coming out in the third inning for a pinch-hitter. He batted .286 and had an on-base percentage of .500 through the six games of the tournament.

“It hurt pretty bad at the moment. It gave me a little headache for a short amount of time, but after a little bit, I was just fine,” Jarvis said. “I took some Tylenol, and I was good.”

Ultimately, despite Jarvis’ encouragement, Shelton couldn’t continue, and he was replaced on the mound by Austin Cummings. Jarvis’ getting hit loaded the bases, and the next batter for Tulsa, Tyler Klugh, drilled a line drive to center field, scoring two runs and giving the Nationals a 4-3 lead.

But Cummings shut down Tulsa after that. Pearland tied it 4-4 in the second, scored three more in the third to go up 7-4, and made it 9-4 in the fourth inning.

So there was disappointment at not winning the game that would have sent them to the famed Little League World Series in Williamsport, Pennsylvania, but for Kouplen, the team’s sportsmanship transcended wins and losses.

“It was one of the most amazing experiences of my life,” Kouplen said. “We told the boys that they represent the state of Oklahoma, and we wanted them to play hard and do their best, which they did. They went farther than anybody thought possible.

“We also told them we wanted them to represent the state in the right way in how they acted, and that exceeded everyone’s expectations. There were so many examples this week where they practiced phenomenal sportsmanship and friendship.

“You think about our world and how divisive things tend to become. Here are teams that they all desperately want to go to Williamsport; they are all representing their state; they are competing at the highest level, but they put their friendship and caring for each other above that every time. It is just so refreshing and so inspiring.”

Tulsa Nationals’ Isaiah Jarvis (right) consoles Pearland pitcher Kaiden Shelton after getting hit in the helmet by a pitch Tuesday during the first inning of the Southwest Regional Little League baseball championship game in Waco, Texas.

Tulsa Nationals’ Isaiah Jarvis’ batting helmet flies off as he gets hit in the head by a pitch in the first inning of the Southwest Regional Little League baseball championship game Tuesday.

Tulsa catcher Cohen Sanford can't hold on for the relay throw to the plate in the first inning, allowing Pearland's Kaiden Shelton to score in the Southwest Regional Little League baseball championship game in Waco, Texas, on Tuesday.