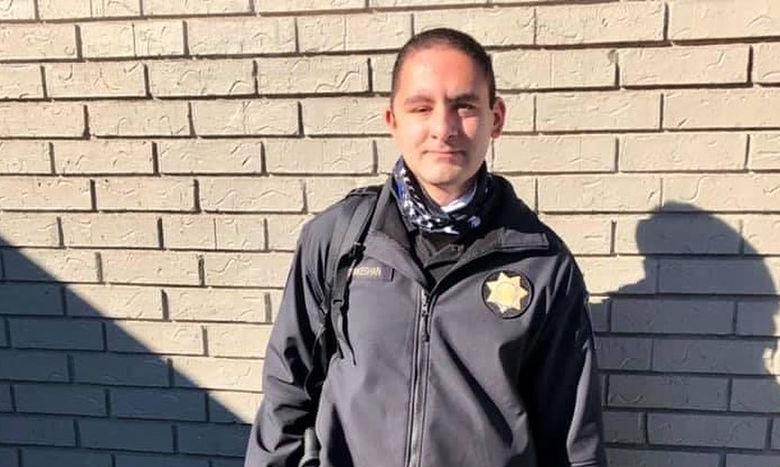 In this photo shared to the Tulsa Police Department's official Facebook page, Officer Aurash Zarkeshan is seen returning to work for the first time since being shot while on duty June 29. 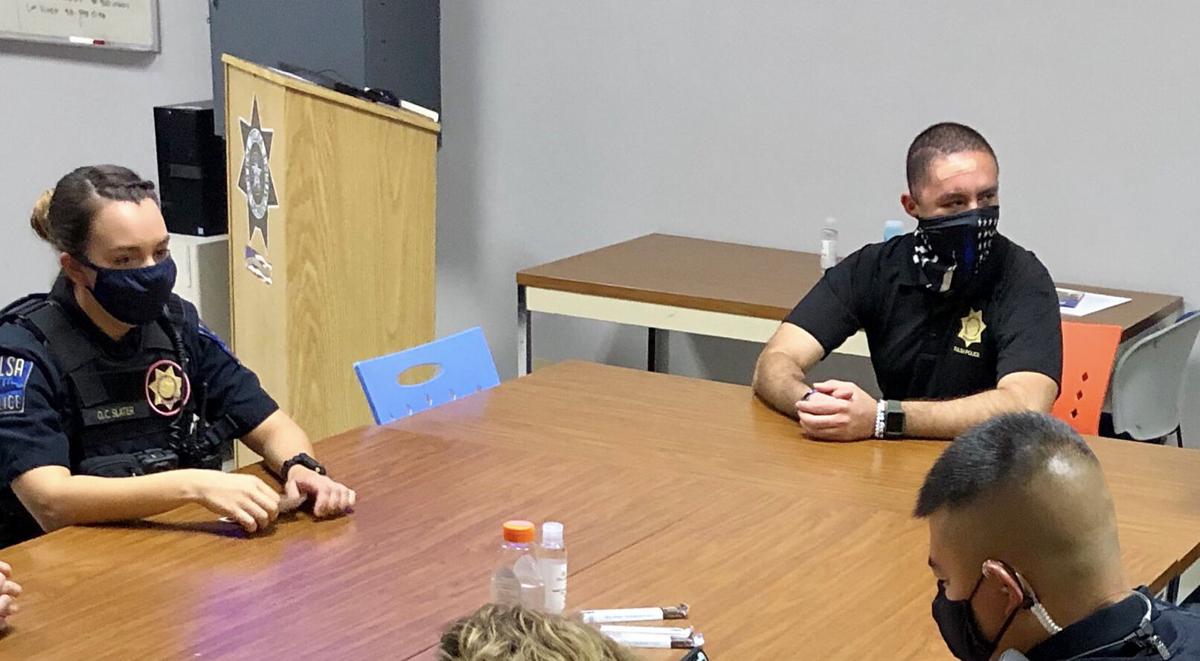 Officer Aurash Zarkeshan sits with other Tulsa police officers on Thursday at his first Mingo Valley Divison squad meeting since he was shot June 29. 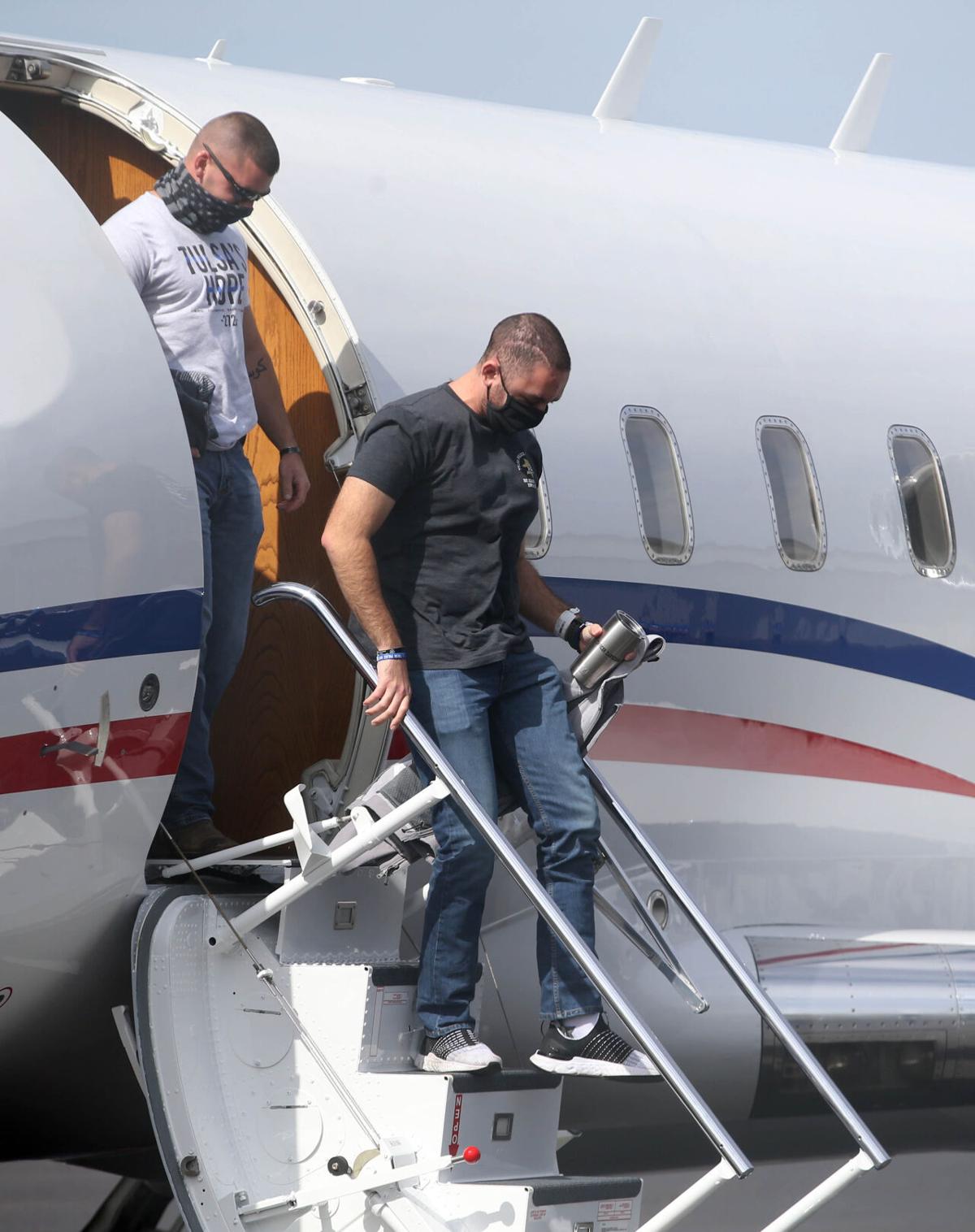 The Tulsa Police Department announced Monday that Officer Aurash Zarkeshan is working again 2 1/2 weeks after returning from rehabilitation to recover from being shot in June.

In a social media post at 4:40 p.m. Monday, the department said, "Officer Zarkeshan was back to work today on light duty! We were excited to see him. #tulsashope #tpd."

The first hashtag is a reference to Zarkeshan being described as "Tulsa's Hope," initially by Tulsa Police Chief Wendell Franklin.

The phrase is now commonly used in the city, notably by Mayor G.T. Bynum when he announced Oct. 15 — the day Zarkeshan returned — would be named in Zarkeshan's honor.

In a photo accompanying the post, Zarkeshan is seen wearing a Tulsa Police Department-issued jacket while standing outside carrying a backpack and lunch box. He is also wearing a neck gaiter with a visible Thin Blue Line flag pattern.

Zarkeshan spent about 3 1/2 months at a rehabilitation facility in Colorado following the June 29 shooting that killed his supervisor, Sgt. Craig Johnson. He graduated from the Tulsa Police Academy last year, while Johnson was a 15-year veteran of the department. Both were assigned to the Mingo Valley Division in east Tulsa.

The Mingo Valley Division awarded Zarkeshan its "Sgt. Craig Johnson Officer of the Month" award for September when Zarkeshan attended a squad meeting before officially returning to work. Maj. Mark Wollmershauser said on Twitter that the award was for the rookie officer's "strength and perseverance through his recovery."

Also Monday, a jury trial was set for June for the man accused of shooting both officers, David Anthony Ware. Prosecutors are seeking the death penalty for Ware.

In this photo shared to the Tulsa Police Department's official Facebook page, Officer Aurash Zarkeshan is seen returning to work for the first time since being shot while on duty June 29.

Officer Aurash Zarkeshan sits with other Tulsa police officers on Thursday at his first Mingo Valley Divison squad meeting since he was shot June 29.