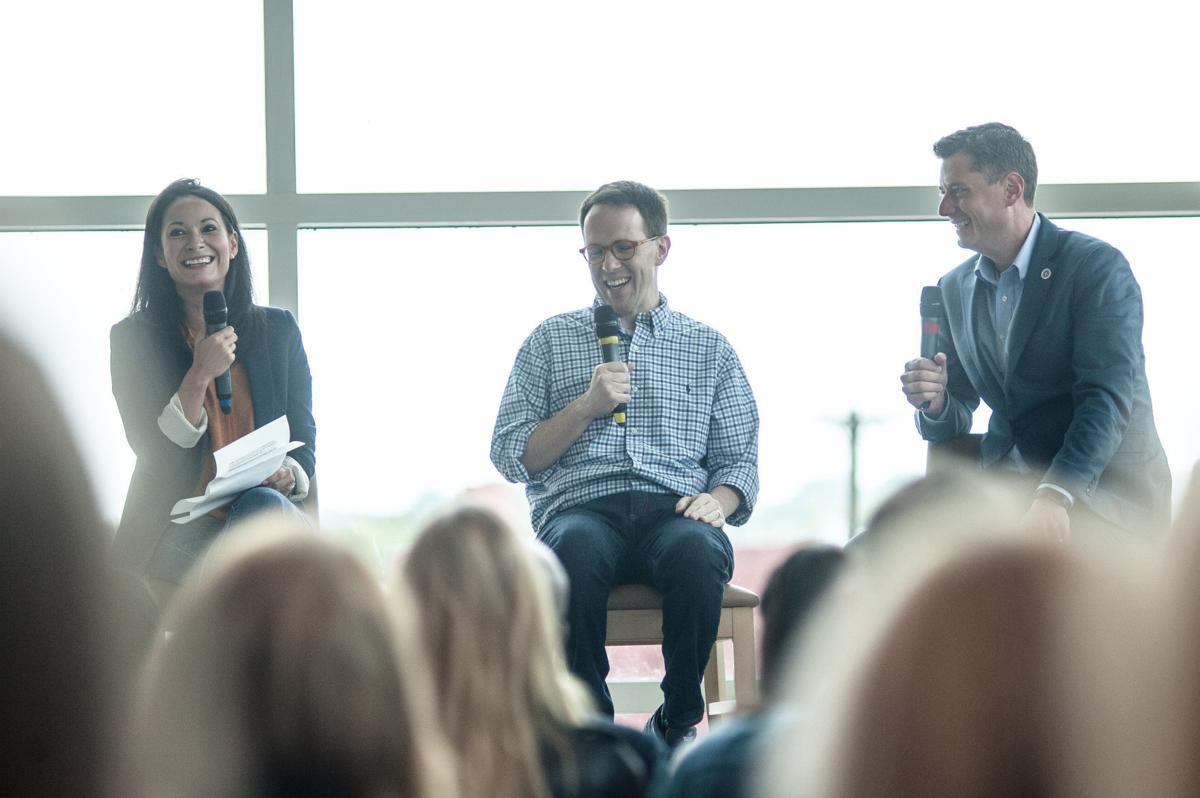 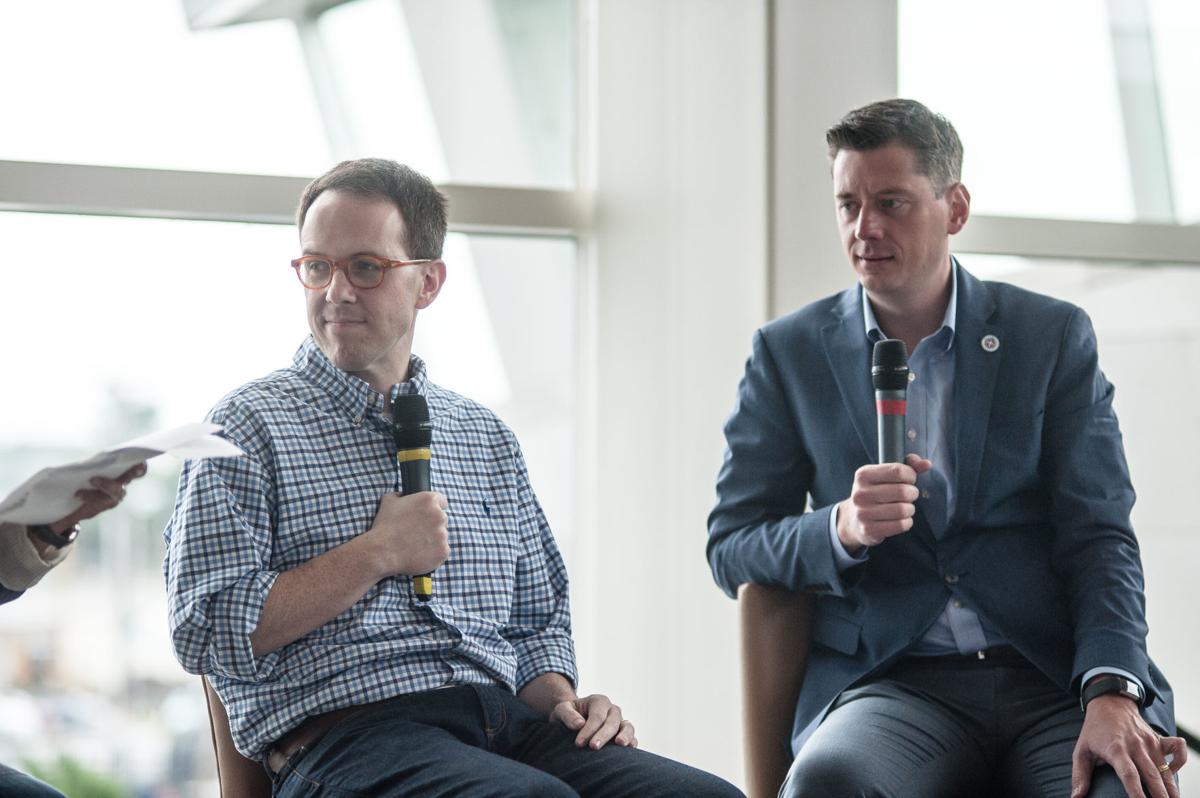 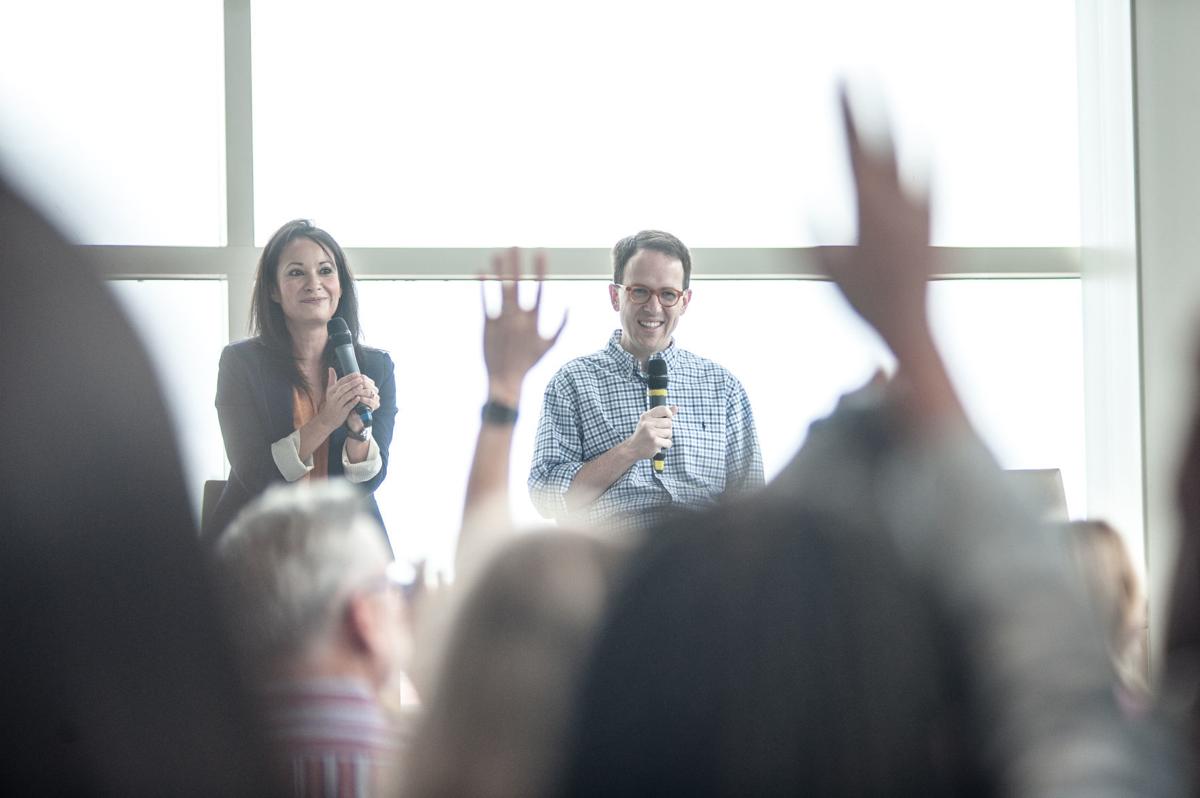 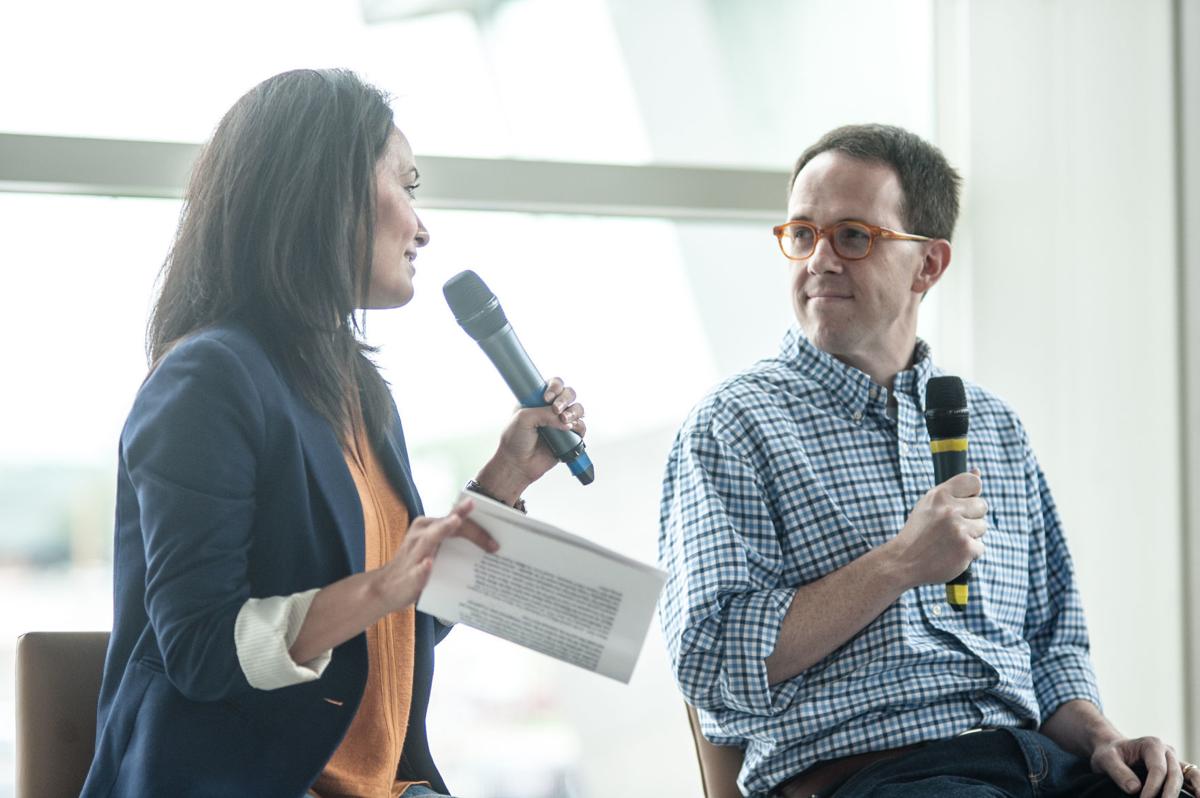 The mayors of Oklahoma’s two largest cities joined together Sunday to discuss the economic impact of entrepreneurship on the past and future of their communities.

Tulsa Mayor G.T. Bynum and Oklahoma City Mayor David Holt answered questions about entrepreneurial innovation during a forum filled with local business startup founders at the BOK Center. The event occurred just a couple of hours before the Oklahoma City Thunder’s preseason game against the Atlanta Hawks tipped off at the arena.

Those in attendance were part of the first batch of Oklahoma entrepreneurs to participate in the Thunder Launchpad business accelerator program, which is designed to help technology-driven startups succeed. The program is a partnership between the Thunder and StitchCrew, an Oklahoma City-based organization that connects investors and startups.

StitchCrew cofounder Erika Lucas moderated Sunday’s forum, asking the mayors questions about the role of entrepreneurs in the growth and development of their cities.

When asked how important entrepreneurship is to his agenda, Bynum said it’s why he brought on former Mayor Kathy Taylor as chief of economic development after being elected. Attracting entrepreneurs is also why Vision Tulsa features projects like the Gilcrease Museum expansion and adding rapid-transit bus routes.

“All these types of things, these are great for Tulsans, but that’s not what it’s about,” Bynum said. “They’re about creating the best possible place for the people who are growing the next businesses to be able to attract and retain a great workforce.”

He said some of the city’s best corporate leaders began their successful careers as young entrepreneurs.

The first QuikTrip store, which opened in Brookside in 1958, nearly failed. But cofounder Chester Cadieux continued expanding and eventually created a juggernaut.

Williams Cos. started out as a pipeline construction business until John H. Williams transformed it into one of the nation’s leading energy companies. The looming skyscraper that resulted from Williams’ success helped rejuvenate Tulsa’s declining downtown in the 1970s.

“It’s not only good from a job-growth standpoint and an economic-development standpoint,” Bynum said, “but it’s good from just an overall community standpoint to be fostering the entrepreneurs that are going to be growing businesses and giving back to their community in the long run.”

Oklahoma City suffered a crisis more than two decades ago where residents accepted there wasn’t a lot to do and “it was really lame to live there,” Holt said with a laugh.

So the city proceeded to invest in quality-of-life measures that, on their face, had nothing to do with entrepreneurship, according to the Oklahoma City mayor. The idea, he said, was to create a city where young people wanted to live and create the next big enterprise.

“It’s great to try and recruit more American Airlines facilities or more Amazon facilities or all those things, but really you want to be the city where the next Michael Dell decides to just live and create his company. Or the next Bill Gates or whoever.”

The mayors also recognized the entrepreneurial collaboration happening between Tulsa and Oklahoma City and the multitude of economic benefits the cities reap from their partnership.

For instance, Bynum said Tulsa benefits from the Thunder team, while Oklahoma City benefits from Gathering Place. Although both are vying to become the first retail market in the state to receive an IKEA, its arrival in either city would be an asset to the other, he said.

“I think we have to get over this old mindset that we’re our nearest competitors and recognize that Oklahoma City and Tulsa can really, by pulling together, help lift this state and bring it forward to make it a much more competitive state around the country and around the world,” Bynum said.

Nick Salis, cofounder and CEO of the phone app Utown, which shows local events and deals happening in real time, said his startup was the only Tulsa-based company to take part in the first round of the Thunder Launchpad accelerator program.

For 12 weeks, he and founders of nine other startups from throughout the state were provided with resources, mentors and working space to help develop their business models. At the end of the program, they were given the opportunity to pitch the ventures to local and national investors.

Salis said the program helped fast-forward the process of getting his app to the next level. Currently, Utown works only in Tulsa, but its creators are working to expand its service to other cities.

“Without this opportunity, who knows where we’d be? But now we’re on the fast track to success,” Salis said.

Lucas, the forum moderator, said the accelerator program will host two batches of startup founders each year. The second batch already has been selected, while applications for the third batch will be available at thunderlaunchpad.com.