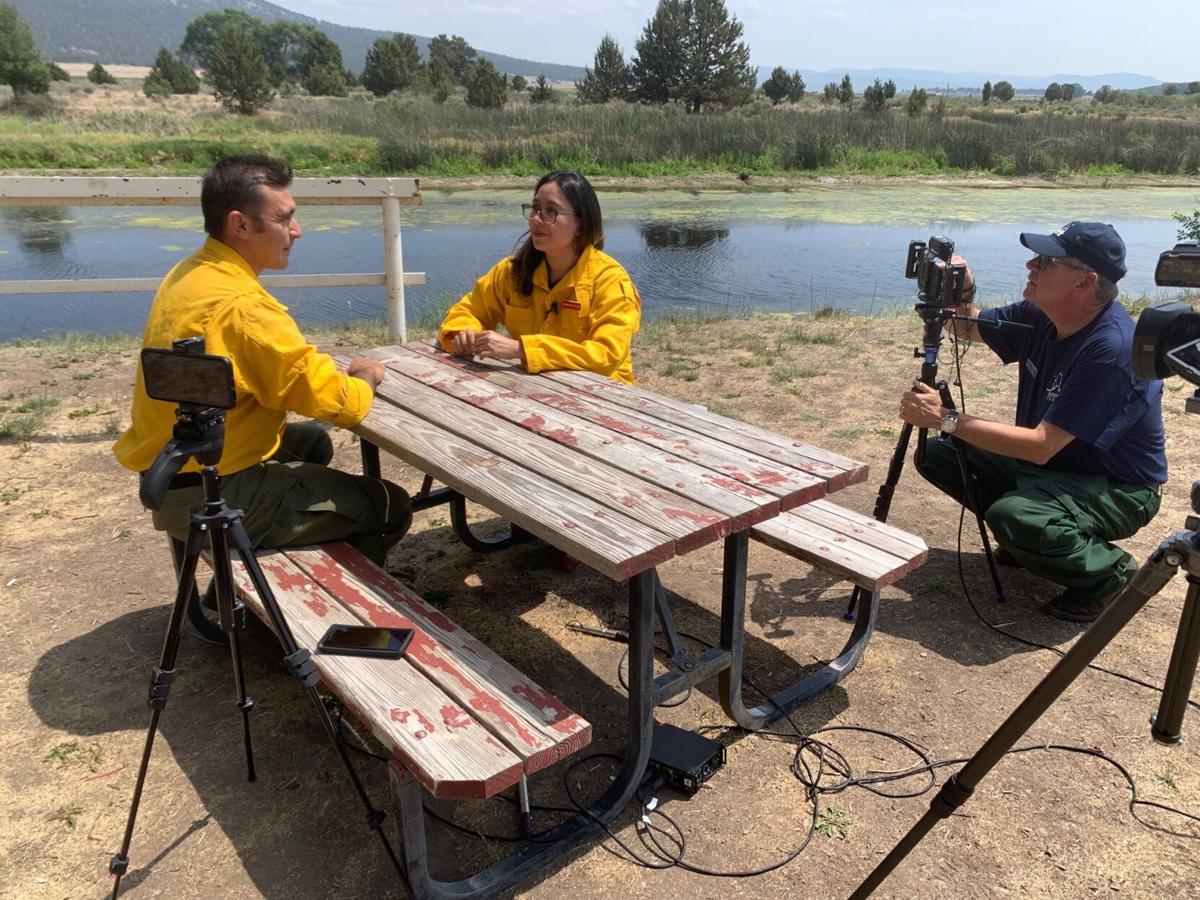 Nelson Ojeda, left, gives an interview while working as a bilingual public information officer in the Bootleg Fire command post after his 14-day deployment as a fireline medic ended. 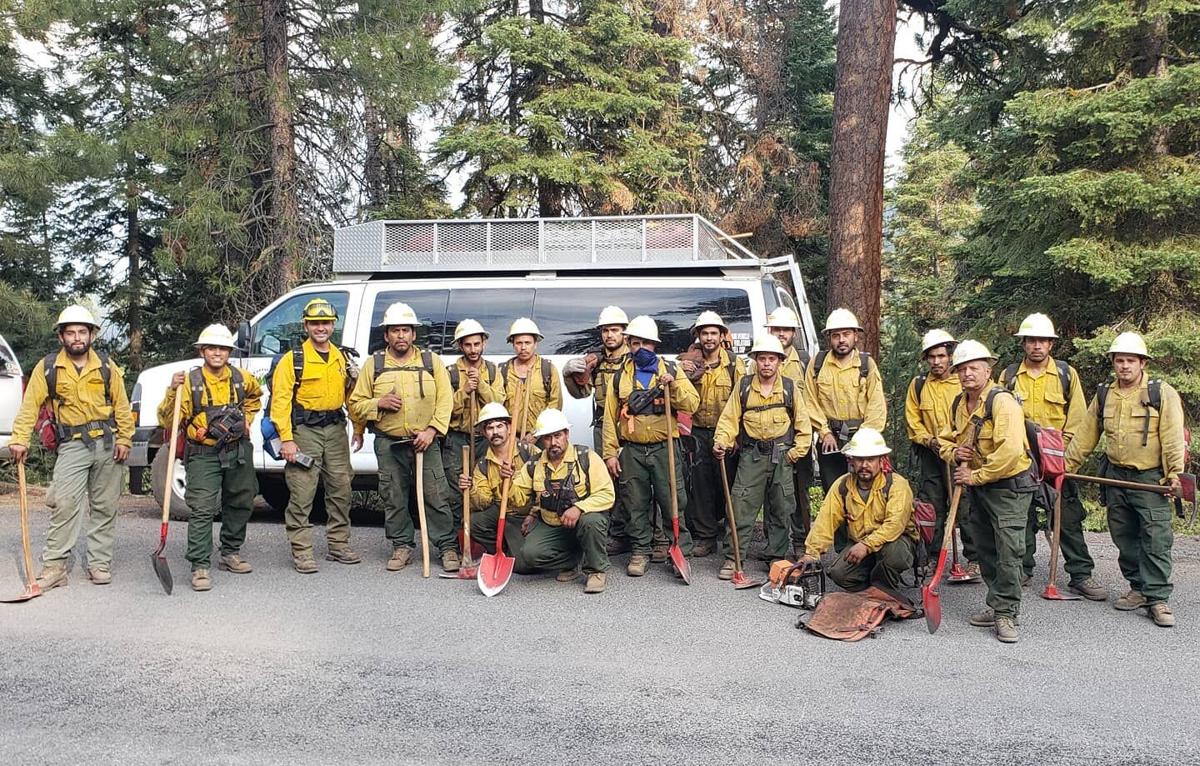 Nelson Ojeda (third from left) worked with a crew of Latino immigrants to fight against the Bootleg Fire.

A Tulsa firefighter said he is proud of his experience assisting in the fight against one of the largest fires in American history.

Nelson Ojeda worked over the past two weeks as a fireline medic with the U.S. Forest Service in the efforts to contain the Bootleg Fire in south-central Oregon, the largest fire in the U.S. so far this year. The blaze has consumed over 400,000 acres of land, and more than 2,000 people have assisted to contain it.

A fireline medic, as Ojeda is employed, works on the frontlines of fires, providing immediate care to firefighters who get injured. Ojeda trained through the Oklahoma Department of Forestry and is working through them at the Bootleg Fire.

Ojeda, a Chilean immigrant, was a firefighter in Chile before moving to Tulsa 15 years ago. He said while some of the fires he fought in Chile were in similar conditions as the Bootleg Fire, none were as large or extreme.

“There can be a stigma that immigrants work in construction or lower paying jobs,” Ojeda said. “But, I was very impressed and proud when I learned a large percentage of the firefighters here are Latinos because, one, they are fighting one of the largest fires in American history and two, they are making a big impact on assisting the federal and local agencies fighting the fire.”

While working the fire, Ojeda learned many fellow firefighters on the frontlines of the battle were also Latino immigrants like himself, and he was proud to see so many immigrants helping protect Americans.

Many of the Latinos working the fire are brought in from private companies to assist in fires like this, Ojeda said. Many of them, like Ojeda himself, were firefighters before coming to the U.S.

When Ojeda met the brigade of firefighters from Mexico, Honduras and Guatemala, he helped relay information and instructions to them in Spanish. And once his frontline deployment finished, he worked in the fire’s command post as a bilingual public information officer.

Ojeda said it was very inspiring to work with so many different people from all over the country as well.

“My division supervisor was from Georgia, and the task force leader was from Kansas,” Ojeda said. “I was a paramedic from Oklahoma, and we had the crew with immigrants from Mexico, Honduras and Guatemala. It was very diverse and everybody works for the same purpose. It was very gratifying to see.”

Ojeda said while the fire is extreme, they have not seen major injuries or fatalities fires of this magnitude can produce.

Ojeda ended his 14-day deployment to the Bootleg Fire Wednesday and came back to Tulsa Friday.

National Wildlife Coordinating Group estimates the Bootleg Fire, which started July 6 from a lightning strike, will be fully contained by October 1. Officials said it is currently about 53 percent subdued.

Nelson Ojeda, left, gives an interview while working as a bilingual public information officer in the Bootleg Fire command post after his 14-day deployment as a fireline medic ended.

Nelson Ojeda (third from left) worked with a crew of Latino immigrants to fight against the Bootleg Fire.