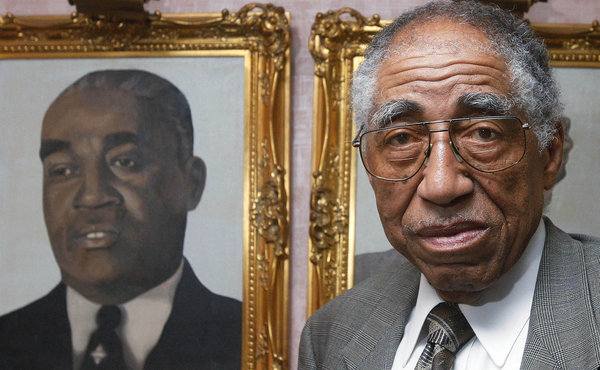 Maurice Jackson stands next to a painting of his father, S.M. Jackson, the brother of Michael Jackson's grandfather, which makes Maurice a first cousin once removed to Michael Jackson. SHERRY BROWN/Tulsa World 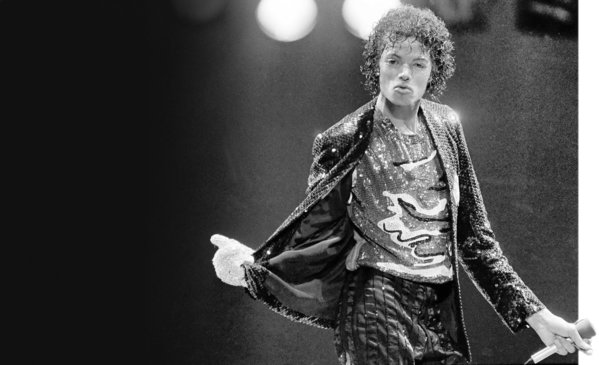 By age 5, Charles Harring II had studied Michael Jackson's dance moves as much as he had studied the alphabet.

Harring often guest-starred in the famous attire that helped propel the 13-time Grammy award-winning Jackson to superstar heights during the early '80s.

The glittery glove fit tightly on Harring's hand, reinforced by the name brand pair of Jackson socks that enabled him to slightly moon walk across the floor.

Harring, 28, of Tulsa was one of millions of die-hard fans who mourned the death of Jackson on Friday.

Jackson, 50, died Thursday afternoon after collapsing at his home near Los Angeles.

Before performing in his living room as a child, Harring had to choose between wearing either the red or black leather jacket — he owned both — which were among Jackson's trademarks.

Harring would then sing and dance to several songs from Jackson's "Off the Wall" album, which sold 20 million copies, for his small home audience.

While Jackson was the King of Pop, Harring considered himself the prince.

"I thought he would never die," Harring said Friday. "When I was growing up, if you knew nothing else, you knew Michael Jackson."

Jackson's death caught fans across the globe off guard.

"Michael was a person who expressed a lot of love," said Maurice Jackson, 71. "He was about bringing people together."

Maurice, who hasn't seen Michael Jackson since he was young, said his father and Michael's grandfather were brothers. Maurice Jackson said he has tried calling and texting immediate family members, but hasn't reached anyone.

Many of Michael Jackson's fans grew up to his music and feel an emotional bond and kinship, said Maurice Jackson. He said a friend of his became so distraught early Friday that he had to leave work early.

Reports have surfaced of hundreds of fans across the country continuously playing Jackson's music and dedicating memorials.

Hours after learning of Jackson's death, Paul Yeakey, a Tulsa artist, spray-painted a mural of Jackson on a wall outside a liquor store at 9347 E. 11th St.

"Many Tulsa music fans loved Jackson and he will be missed," said Ramal Brown, a former disc jockey at KJAMZ 105.3 FM radio in Tulsa.

"His music always gives people something to hold onto,'' said Brown, 28.

People first knew Jackson as a member of the Jackson 5 with his brothers, but later, he evolved as an artist and broadened his audience, crossing all musical genres, he said.

He performed at the now-closed Tulsa Assembly Center in 1971 and 1972.

Maurice Jackson stands next to a painting of his father, S.M. Jackson, the brother of Michael Jackson's grandfather, which makes Maurice a first cousin once removed to Michael Jackson. SHERRY BROWN/Tulsa World