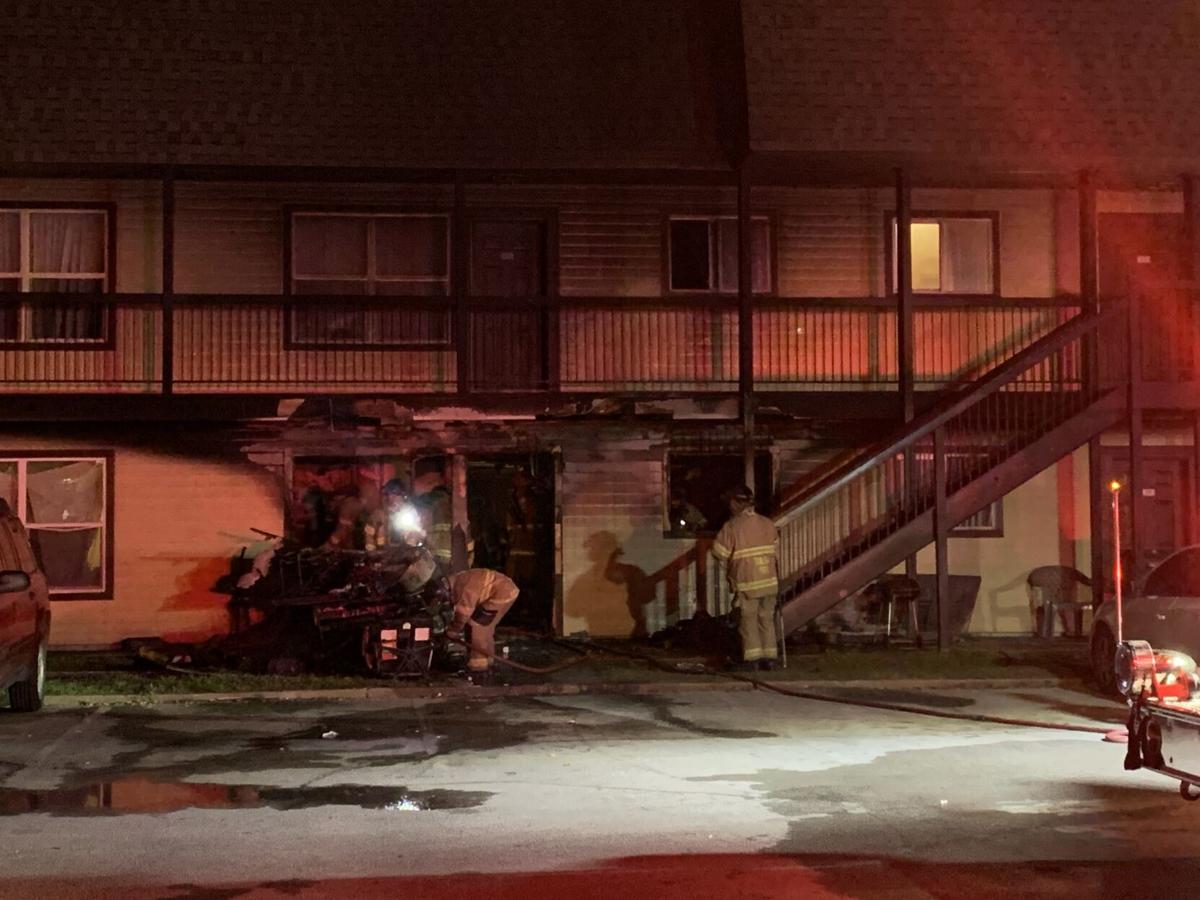 One unit at the Brightwater apartment complex was destroyed by fire Tuesday night. 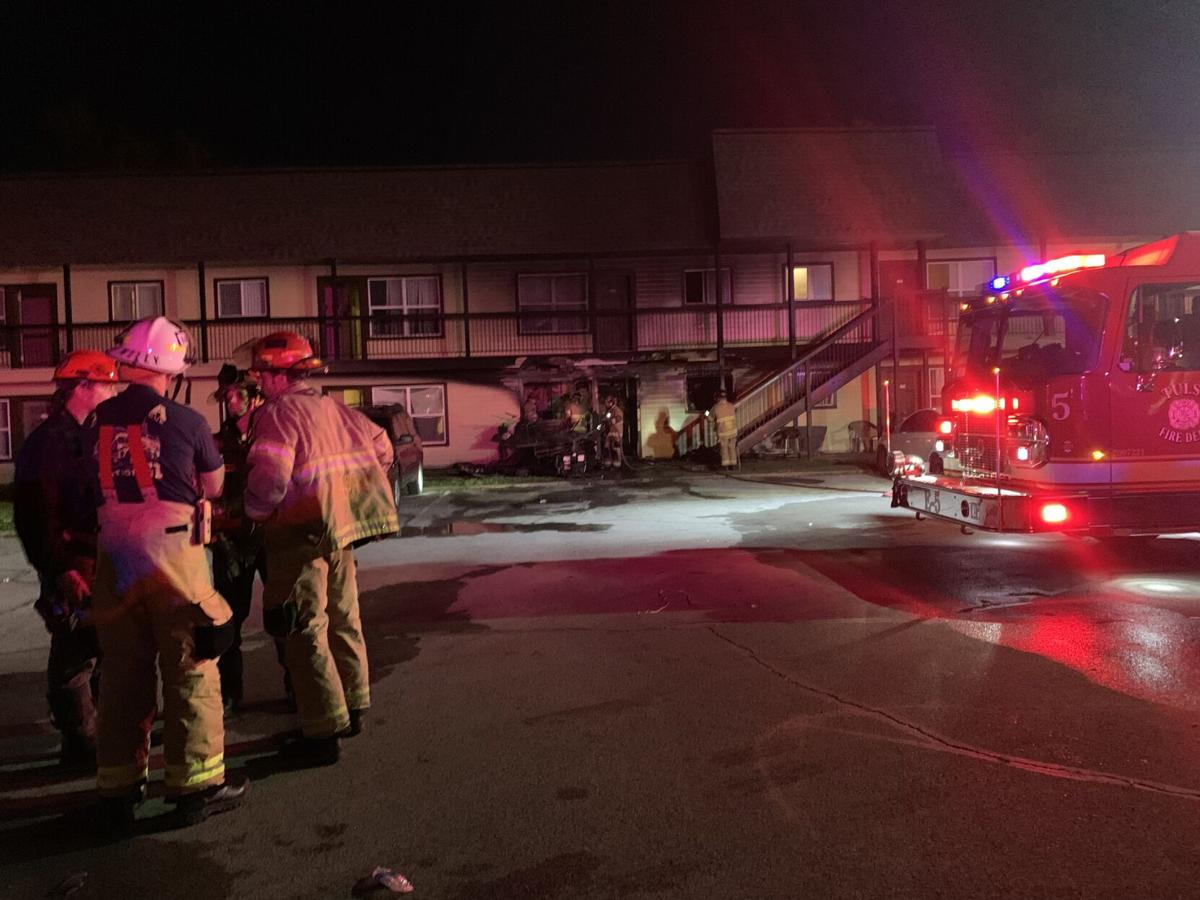 Firefighters talk after extinguishing a blaze that injured three people at the Brightwater apartment complex on Tuesday evening.

The fire in a downstairs unit at the Brightwater apartment complex in the 2100 block of South Olympia Avenue started after 7 p.m. with food that was cooking on a stove, the Tulsa Fire Department reported.

Two people were already outside when firefighters arrived, but firefighters brought the third person out of the burning building. All three were taken by ambulance to a hospital, with one in critical condition, firefighters said.

One of the people outside had tried to break a window to rescue the third person and "tore up their hands," a firefighter at the scene said. The other person, who lived in the apartment, was overcome with emotion at the situation.

The identities of the people and their ages were not immediately released.

The apartment was destroyed by the flames, and two neighboring units were smoke damaged, firefighters said.

"Very large hail to 2 inches in diameter or greater, damaging winds and tornadoes will be possible with discrete storms early in the event," the National Weather Service in Tulsa said.

They were reportedly traveling to a soccer game in Oklahoma City when their vehicle was struck head-on by a vehicle traveling east in the westbound lanes of the Interstate.

Unmasking an ordinance: Tulsa businesses weigh in on elimination of COVID-prompted mandate

"At the end of the day, we want to keep things to where we don't have to go through this again," says Eric Marshall, owner of Marshall Brewing Company.

One unit at the Brightwater apartment complex was destroyed by fire Tuesday night.

Firefighters talk after extinguishing a blaze that injured three people at the Brightwater apartment complex on Tuesday evening.