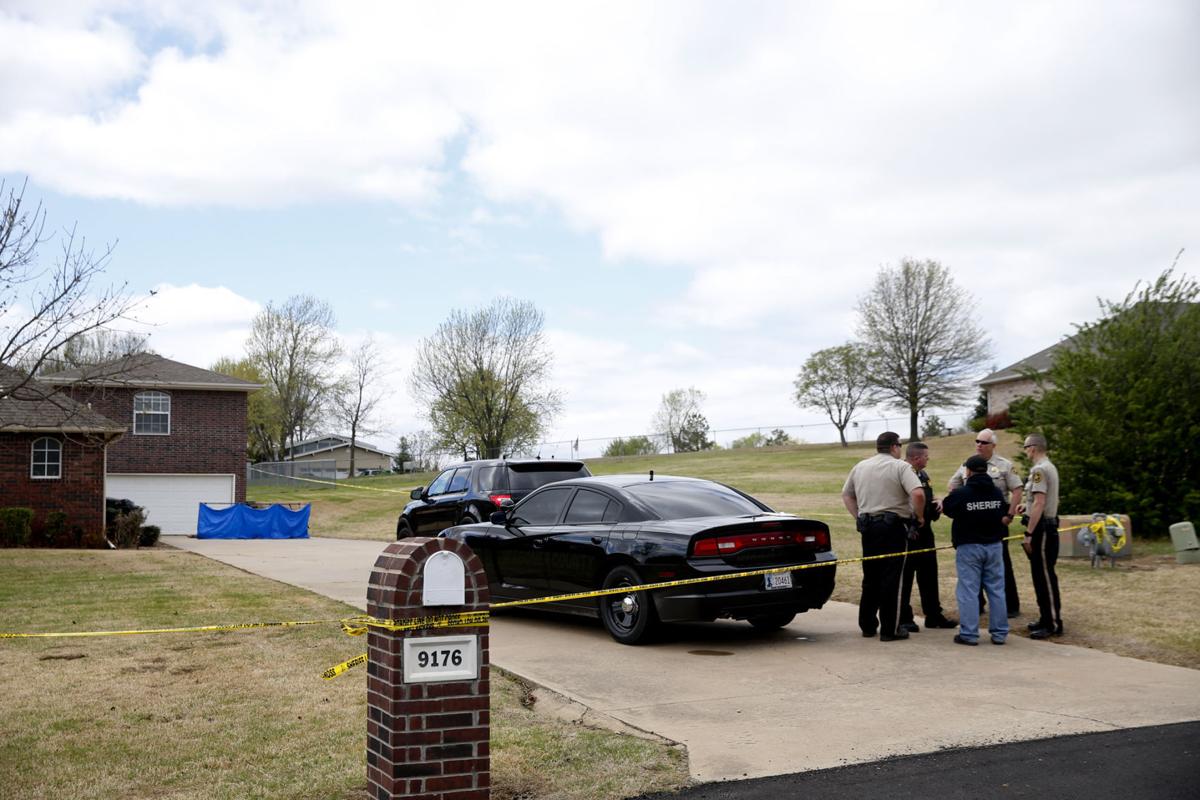 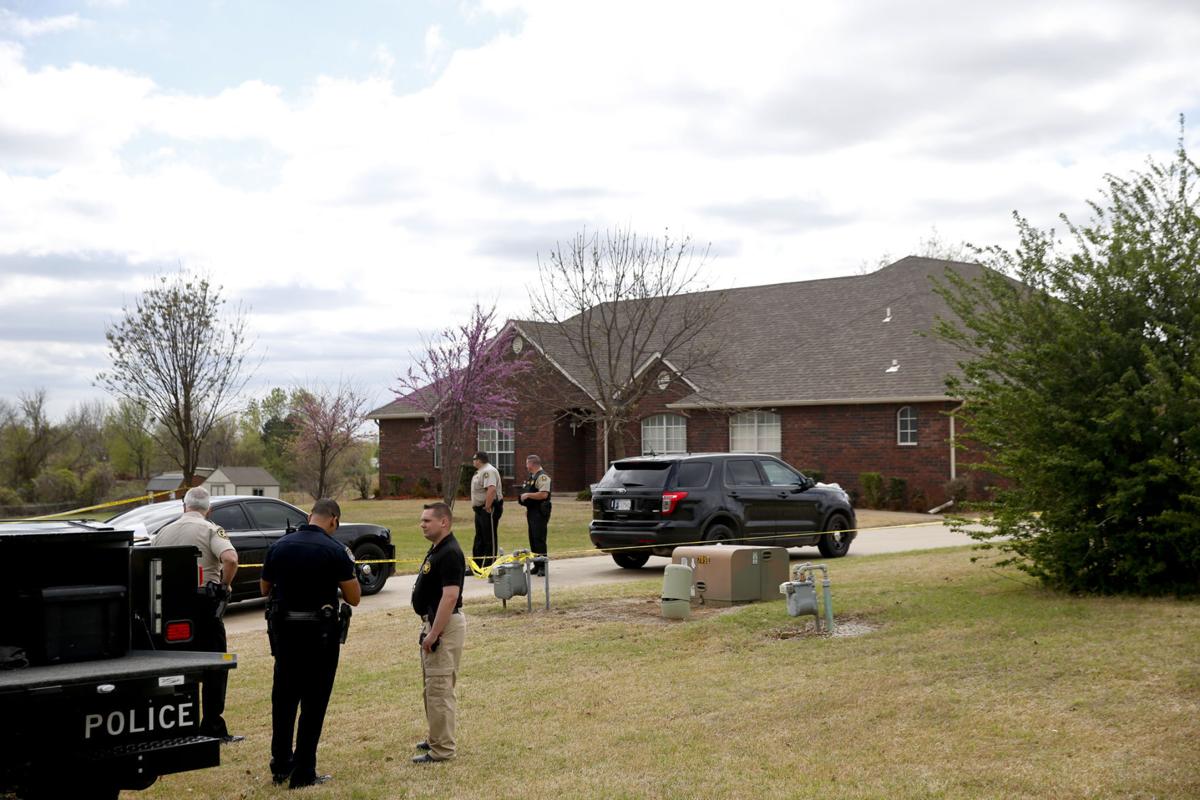 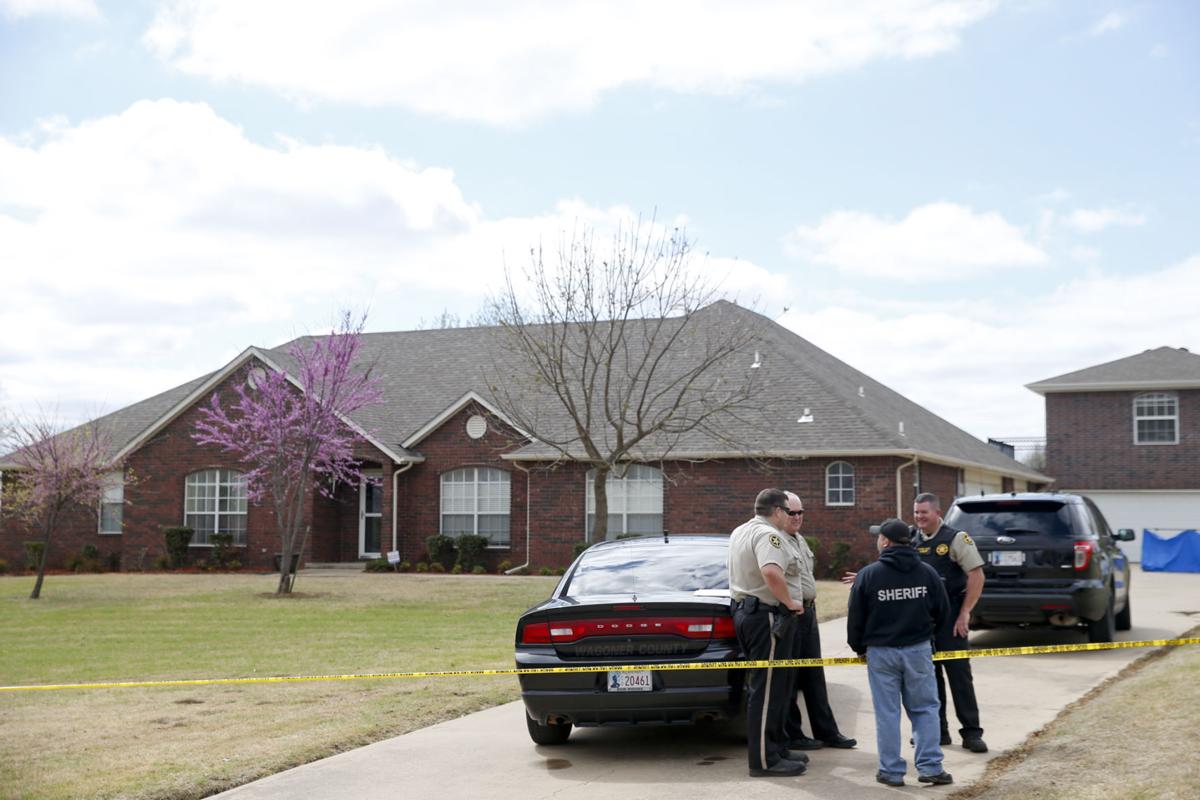 Crime-scene tape cordons off the property where three masked home-invaders were fatally shot by a resident Monday. IAN MAULE/Tulsa World 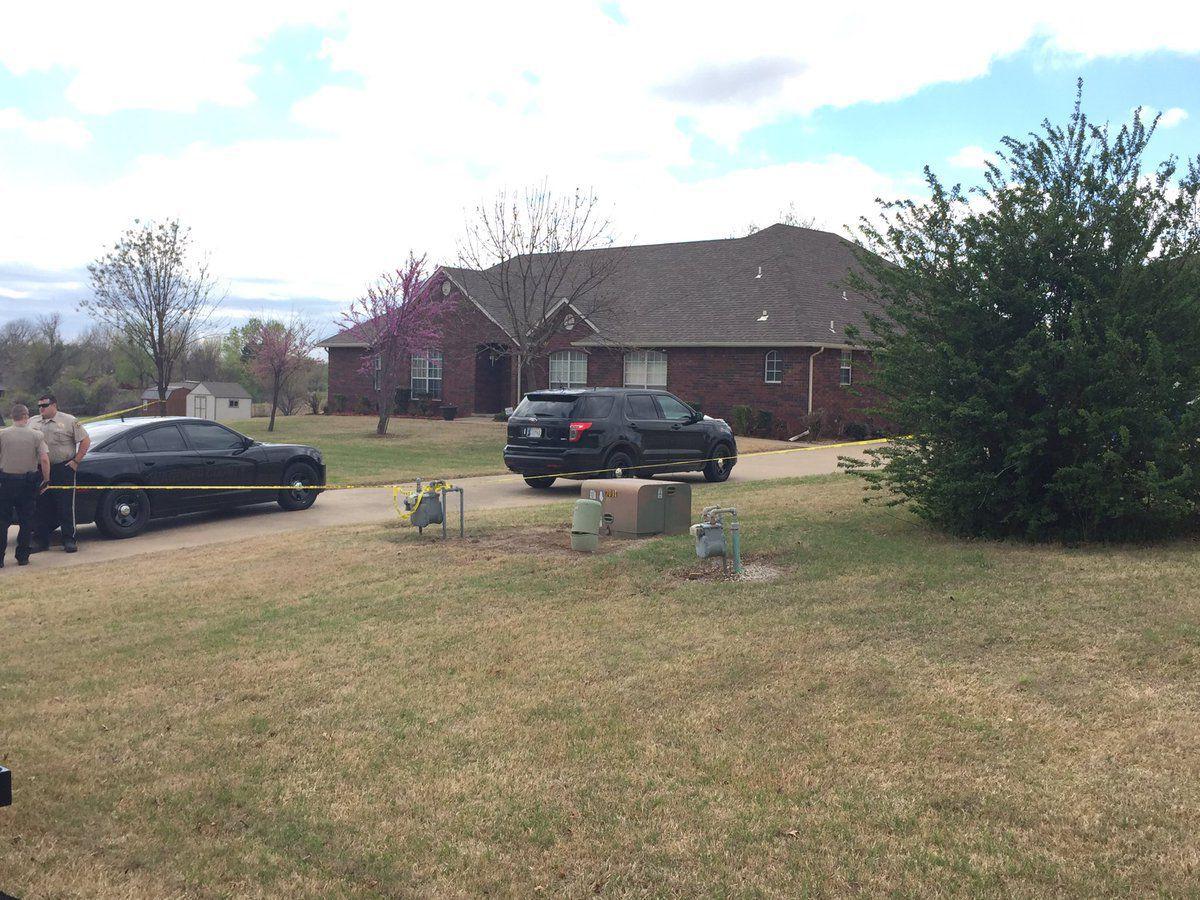 Crime-scene tape cordons off the property where three masked home-invaders were fatally shot by a resident Monday. KYLE HINCHEY/Tulsa World 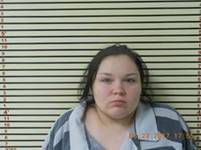 BROKEN ARROW — The son of a Broken Arrow-area homeowner fatally shot three masked intruders, two of whom were juveniles, during a home invasion Monday, authorities said.

The home invasion and shootings in the 9100 block of Clearview Drive were reported around 12:30 p.m. When Wagoner County sheriff’s deputies arrived, they found one person lying in the driveway and two others lying in the house. All three were dead.

Two of the deceased were 16 or 17 years old, and the third was 18 or 19, Deputy Nick Mahoney said. Their names had not been released by Monday evening.

Mahoney said the homeowner’s 23-year-old son shot the man and two boys with an AR-15 semi-automatic rifle after they broke into the house, which is about two-thirds of a mile east of the Broken Arrow city limits in Wagoner County. The property is just south of 91st Street and west of 241st East Avenue.

The three intruders were wearing all-black clothing, masks and gloves, Mahoney said. They forced their way into the home through a glass door in the back, he said.

The son, who lives at the residence, told deputies he was sleeping when he was awakened by “loud bangs” coming from the back door. He armed himself with the rifle and opened fire when the intruders came inside and he encountered them in the hallway, he told the deputies. Two of the intruders died in the kitchen, while the third made his way outside and succumbed to his injuries in the driveway.

Investigators found a knife on one of the deceased in the kitchen and brass knuckles on the other, Mahoney said.

Later that afternoon, 21-year-old Elizabeth Marie Rodriguez of Oologah turned herself in at the Broken Arrow Police Department after seeing media reports about the shootings, Mahoney said.

She reportedly indicated to police that she had driven the three burglars to the house and was supposed to have picked them up after the burglary.

She was booked into the Wagoner County Jail on three complaints each of first-degree murder and first-degree burglary. A person who is committing a felony when a death occurs can be charged with felony murder.

The homeowner and the son, who reportedly did not know the intruders, went to the Wagoner County Sheriff’s Office to submit formal statements. Mahoney said the shootings appear to have been in self-defense, but he clarified that the case will remain under investigation for some time.

The fatal shootings could be viewed by prosecutors as falling under Oklahoma’s “Make My Day” law, which says a resident has the right to use deadly force if an intruder has entered or is in the process of entering the resident’s home.

A neighbor who lives two houses down from the crime scene said she heard the shots from inside her home.

“The shots were so loud — loud enough that I ran to the window to see what had happened,” said the neighbor, who declined to give her name.

“Something in me knew it was gunshots, but I didn’t know what had happened until I went to leave my house and saw all the police officers.”

She said she didn’t remember seeing anything suspicious before the shooting.

However, a neighbor who lives across the street said she saw a suspicious black truck in the neighborhood, close to the house where the intruders were shot, in the hours leading up to the break-in. She said she would pass that information along to investigators.

“This is very, very unusual for us. It’s not something we’re used to,” he said.

“It’s not something we normally have.”

Nevertheless, he said the Sheriff’s Office investigators, who are working in conjunction with Broken Arrow police, are well trained.

“We have some of the best investigators in the state,” he said.

The tallest cliff in the Solar System is one steep drop

The tallest cliff in the Solar System is one steep drop

WH turns focus to getting under 30 vaccinated

WH turns focus to getting under 30 vaccinated

Psaki: The fight for voting rights 'is not over'

Psaki: The fight for voting rights 'is not over'

Crime-scene tape cordons off the property where three masked home-invaders were fatally shot by a resident Monday. IAN MAULE/Tulsa World

Crime-scene tape cordons off the property where three masked home-invaders were fatally shot by a resident Monday. KYLE HINCHEY/Tulsa World