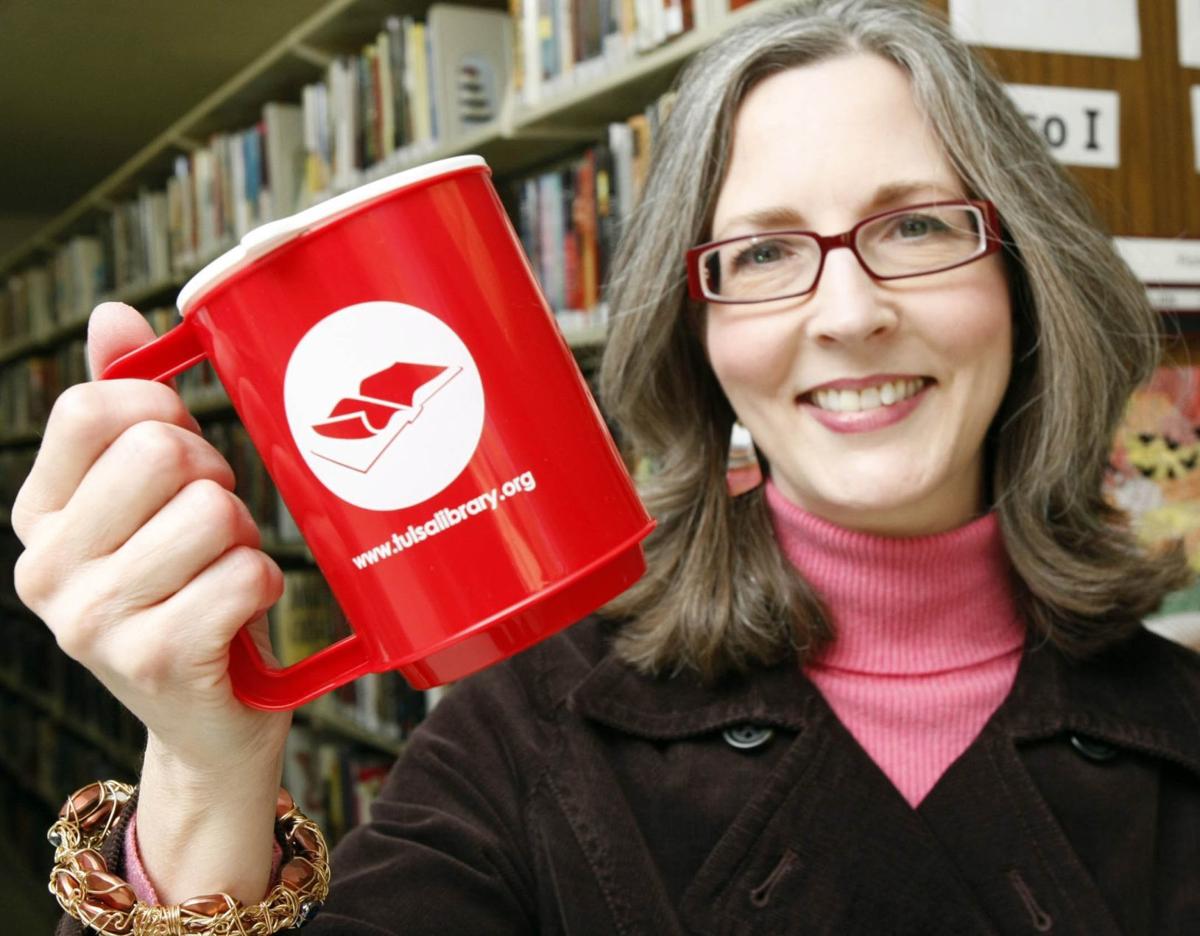 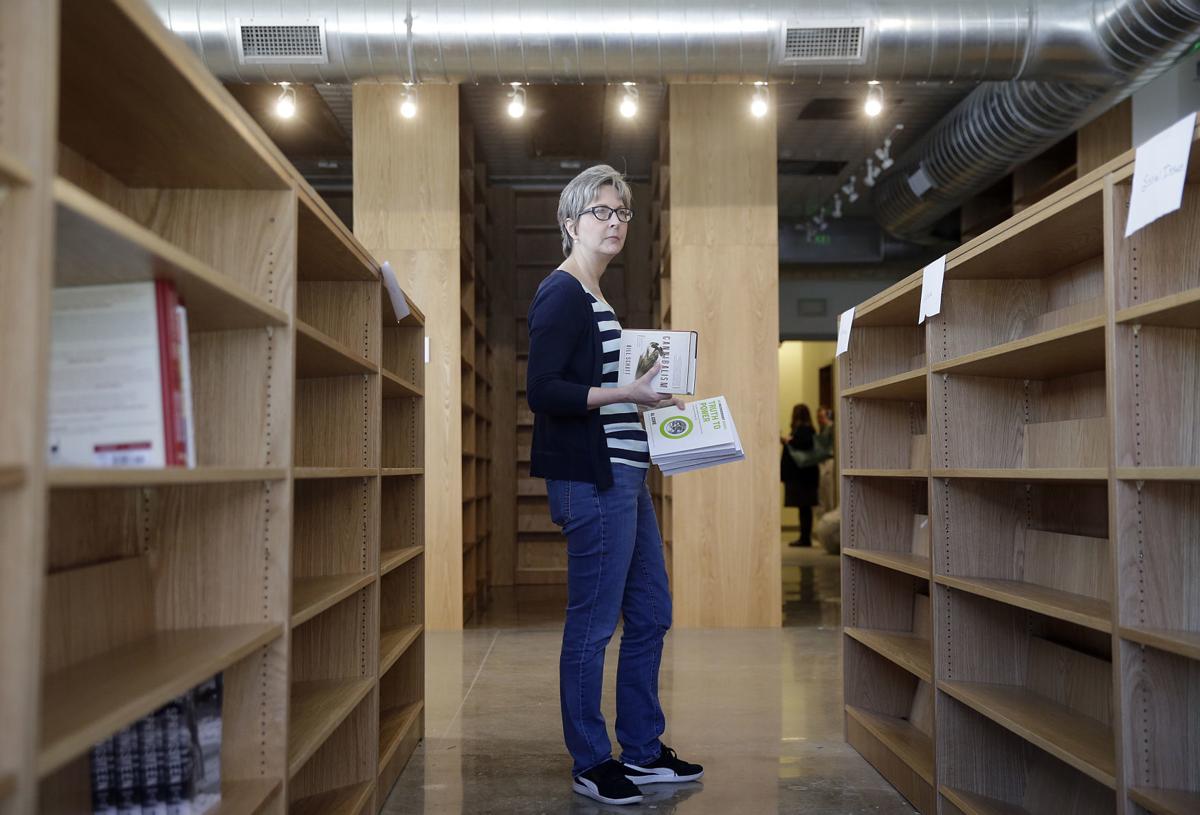 Cindy Hulsey, executive director of the Tulsa Literary Coalition, stocks the shelves prior to the opening of Magic City Books in 2017. MIKE SIMONS/Tulsa World file

Friends and colleagues of Cindy Hulsey, co-founder of the Tulsa Literary Coalition and Magic City Books, want to send her a message.

And appropriate to its recipient, it will be in writing.

Intending to honor and show appreciation for Hulsey, who was recently diagnosed with a terminal illness, friends have started a journal for her at the bookstore, 221 E. Archer St., and are inviting anyone interested to drop by and write in it.

“As you can imagine, this is a very difficult time for Cindy’s family, friends and our team,” said Jeff Martin, coalition president.

The journal, he added, is an effort to “pay a living tribute to this amazing woman for her life, her work and her dedication to impacting the entire community.”

A former Tulsa Library staff member who is now executive director of the literary coalition, Hulsey has devoted her life to promoting reading and literature, with an emphasis on how books can speak to contemporary concerns and build up communities, friends say.

Martin said, “Cindy has always believed that narrative and story and books could change people’s lives because they changed hers. ...

Hulsey and Martin had been discussing the idea for a combination coalition-bookstore for about three years, he said. Proceeds from Magic City Books go to fund the nonprofit Tulsa Literary Coalition, which in turn presents and hosts literary-related events throughout the city.

Hulsey became known to Tulsa’s reading community through the Tulsa City-County Library, where she was director of adult services, and before that she was manager of reader services at the Central branch and coordinated the library’s Winter Reading Program.

Hulsey is a recent honoree of the Association of Women in Communications’ Tulsa chapter, which recognized her with one of its Newsmaker Awards. She is a past recipient of the Oklahoma Humanities Council’s Community Leadership Award for a Tulsa Library program she helped create and implement that uses literature to explore current social issues.

When the bookstore held its grand opening, hundreds of people attended.

“Cindy told me later it was the best day of her whole life,” Martin said.

As a permanent tribute to Hulsey at the store, there will be a section called “Cindy’s Picks,” featuring some of her favorite reads. Undoubtedly, one of them will be the novel “The Hours,” the book that Hulsey credits with changing her life, Martin said.

It reads: “Your brains like reading. It lets us experience life. … I think it makes us better people.”

For more on efforts to honor Cindy Hulsey, visit Magic City Books on Facebook at facebook.com/tulsalitco or online at magiccitybooks.com.

Forty women from across Oklahoma will compete this week, with the finals set to begin at 7:30 p.m. Saturday at the River Spirit Casino Resort.

Cindy Hulsey, executive director of the Tulsa Literary Coalition, stocks the shelves prior to the opening of Magic City Books in 2017. MIKE SIMONS/Tulsa World file