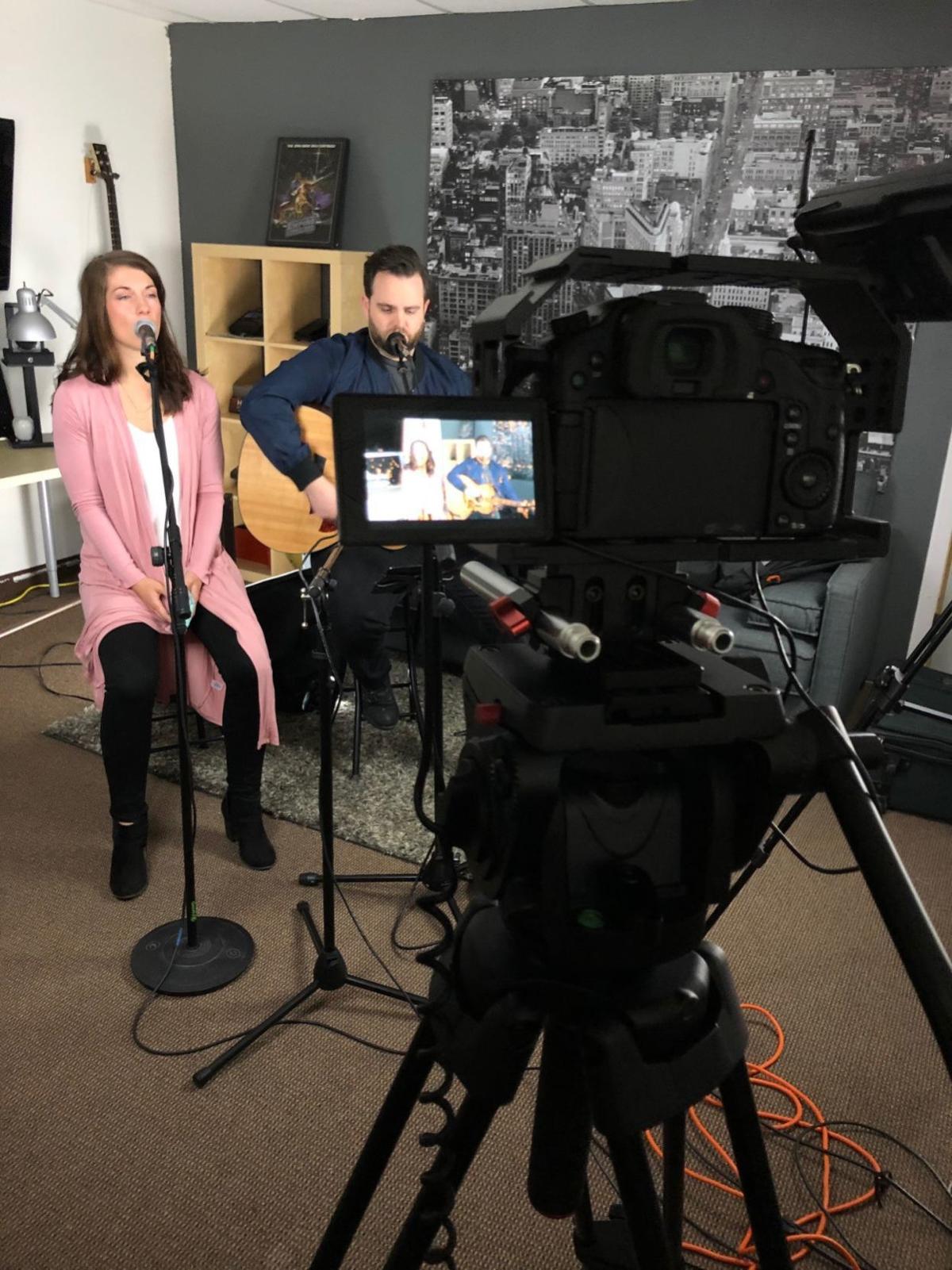 Hillside Christian Church of south Napa is one of several local congregations that has shifted to pre-recorded worship services since March, when the coronavirus pandemic led California to declare a shelter-at-home order eliminating public assemblies to slow the spread of the pathogen. 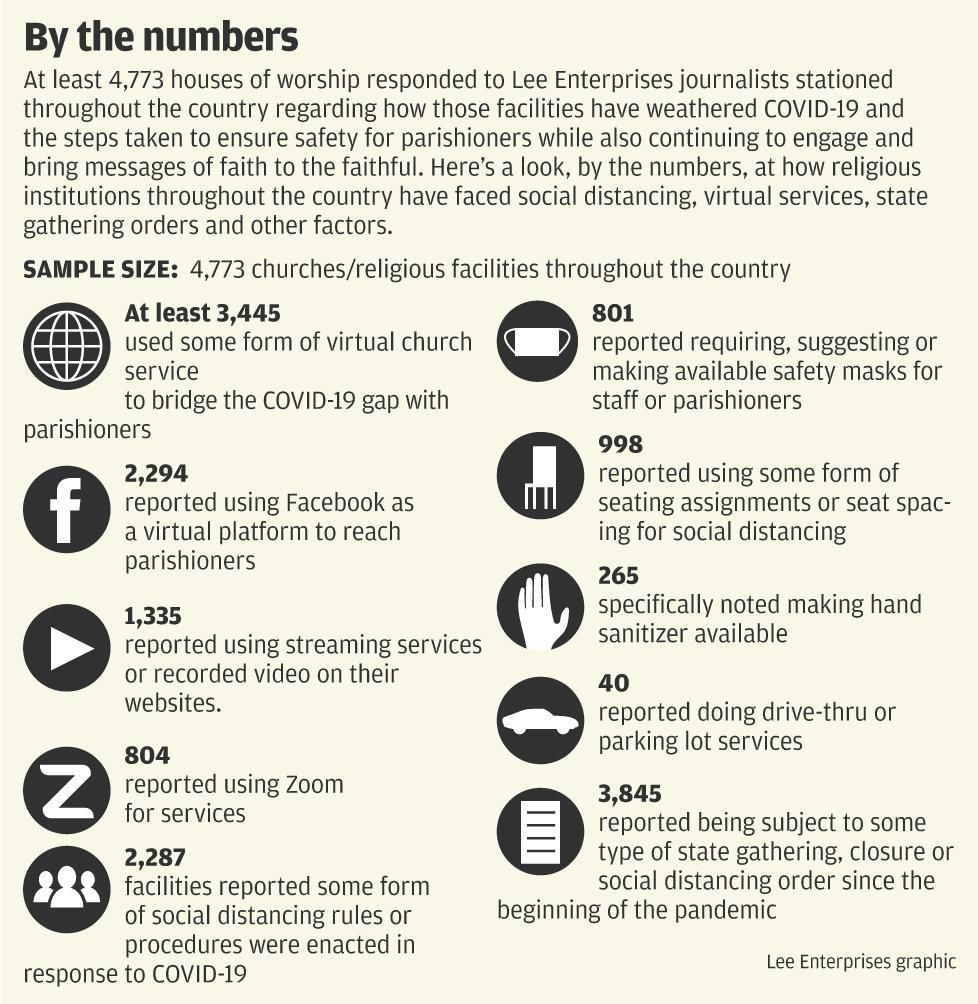 Pastor Bone, preaching from a small Missouri town an hour south of St. Louis, suddenly had 10,000 people listening to him from as far away as Maryland and California. Even a Bible school in Thailand began logging on.

“I felt like after this pandemic started,” Bone said, “that we were experiencing some type of revival. We felt a special energy.”

On Friday, President Donald Trump called on governors to allow churches in their states to reopen, despite the continuing health concerns around the spread of COVID-19.

“Today I’m identifying houses of worship — churches, synagogues and mosques — as essential places that provide essential services,” Trump said during a hastily arranged press conference. He said if governors don’t abide by his request, he will “override” them, though it’s unclear what authority he has to do so, CNN reported.

Nationwide, as most communities emerge from shelter-at-home orders, Sunday mornings won’t simply go back to the way they were in mid-March, before the pandemic. For one thing, health concerns still will require extraordinary precautions at large gatherings. But even if they could go back to the way things were, religious leaders don’t want to.

“One of the challenges for quite a while now has been that there is so much else to choose from on Sunday morning,” said Julie Polson, communication and media director for First Christian Church of Napa, California.

Online services have reached an entirely new audience as well as busy families that haven’t been coming to church as regularly as they used to, she said. And pastors aren’t going to abandon that audience.

Polson calls it “church on demand.”

“We were moving in that direction anyway,” she said, “But this put us in fast-forward.”

With no national mandate on when to reopen, congregations have to look at regulations in each state and local community. Even where allowed to meet in person, some congregations are choosing to remain online-only for the time being.

Ministers don’t want to rush people back into the pews before they’re absolutely sure it’s safe, said the Rev. Nathaniel McMillan, a pastoral coach and consultant at the South Carolina Baptist Convention.

“But they also are listening to the Lord,” McMillan said, suggesting that the coronavirus emergency has rekindled religious feelings in the United States.

“It is a major awakening,” he said. “It is really looking to the Lord for the next steps.”

Elsewhere, some churches are pushing back against restrictions.

A Baptist church in Winston-Salem, N.C., obtained a temporary restraining order from a federal court against the governor’s ban on indoor religious services.

And a group of Illinois-based pastors has promised to reopen their churches May 31 despite orders from the state government to remain closed indefinitely. Illinois Gov. J.B. Pritzker has insisted that gatherings of more than 50 people in the state will not be allowed until a coronavirus vaccine “or highly effective treatment” becomes “widely available.”

New York churches probably won’t meet again until late June at the earliest as part of the state’s fourth and final phase of its reopening process, officials said. Until then, religious gatherings will be limited to 10 people under guidelines announced last week by Gov. Andrew Cuomo.

“The news was met with a chorus of disapproval from religious leaders,” according to a report in the Buffalo News. And some congregations were considering ways to have multiple small meetings that would comply with the rules but still allow worship services to resume.

“We could do it at different times with all the precautions needed like social distancing and masks,” said Rabbi Laizer Labkovski, who serves an Orthodox congregation in Williamsville, N.Y., near Buffalo. “We believe health comes first, but to many, a person’s health is their spiritual health. It gives them the will to live. It’s a very touchy subject, because people have very strong feelings about it. And it shouldn’t be left for last, after restaurants and pleasure things.”

Even when a church has permission to reopen, services look very different.

Parishioners have to wear masks inside Immaculate Conception Catholic Church in Dardenne Prairie, Missouri, a suburb of St. Louis. Some pews remain blocked to force congregants to sit wide part from each other. And ushers enforce a 6-foot gap between people in line for Communion, which can be received only in the hand instead of directly on the tongue, which some Catholics consider to be less respectful.

“People view their church as their spiritual home,” Wojcicki said. “Many people were in tears of joy to be able to come back.”

Some worshipers, however, won’t hurry back.

The Rev. Deron Spoo will be preaching to a live audience for the first time in 10 weeks when First Baptist Church reopens May 31 in downtown Tulsa. Spoo expects the initial crowds to look small as some church members prefer to exercise caution and stay home to watch online.

But he’s not worried about church attendance in the long run.

“I think the human instinct is going to trump the virtual pull,” he said. “We are going to need other people.”

Hillside Christian Church of south Napa is one of several local congregations that has shifted to pre-recorded worship services since March, when the coronavirus pandemic led California to declare a shelter-at-home order eliminating public assemblies to slow the spread of the pathogen.