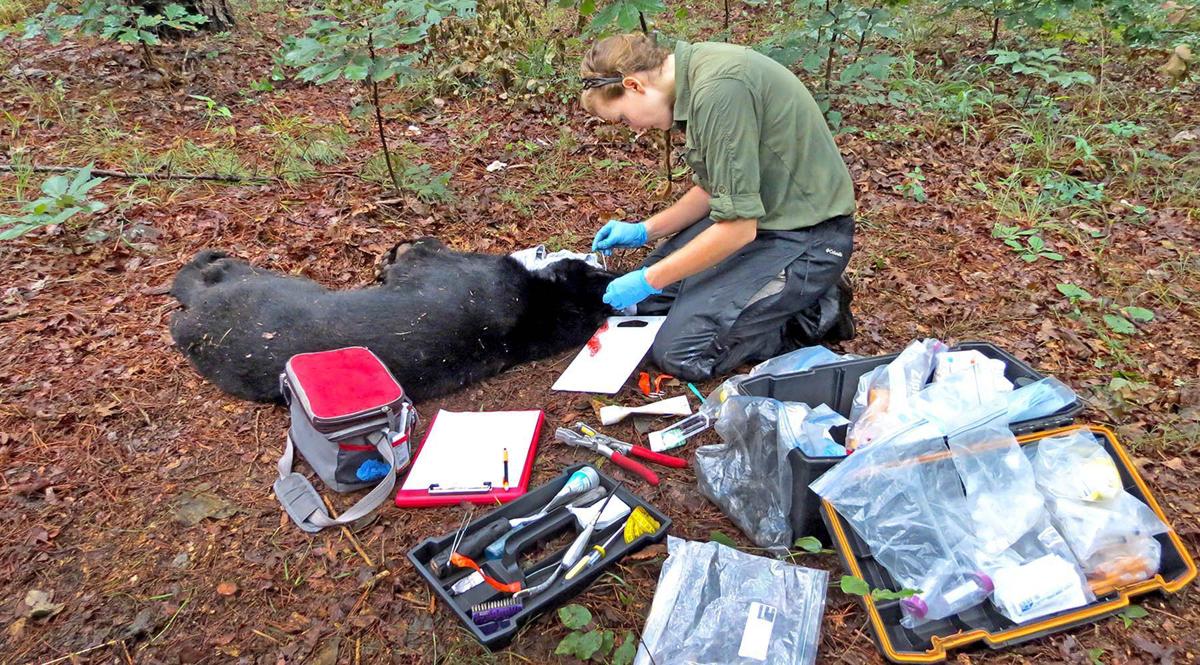 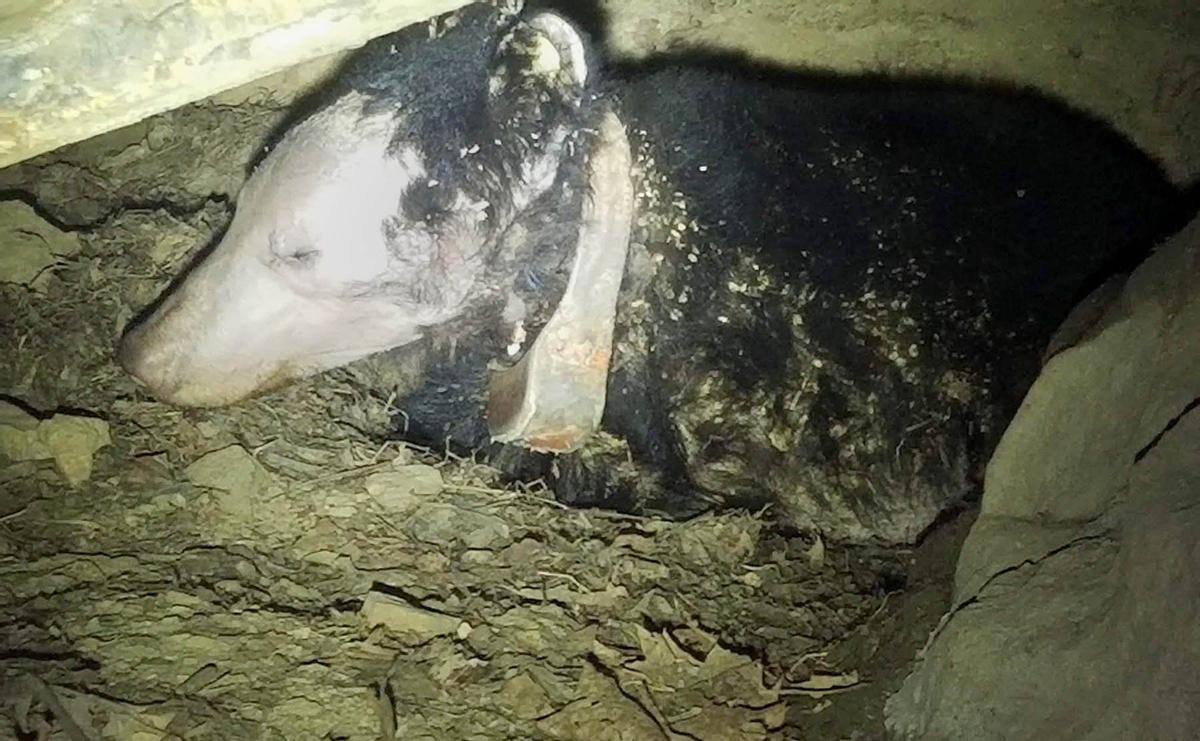 A collared black bear with mange in its den was part of an Arkansas Game and Fish Commission study. COURTESY/Will Childress/OSU 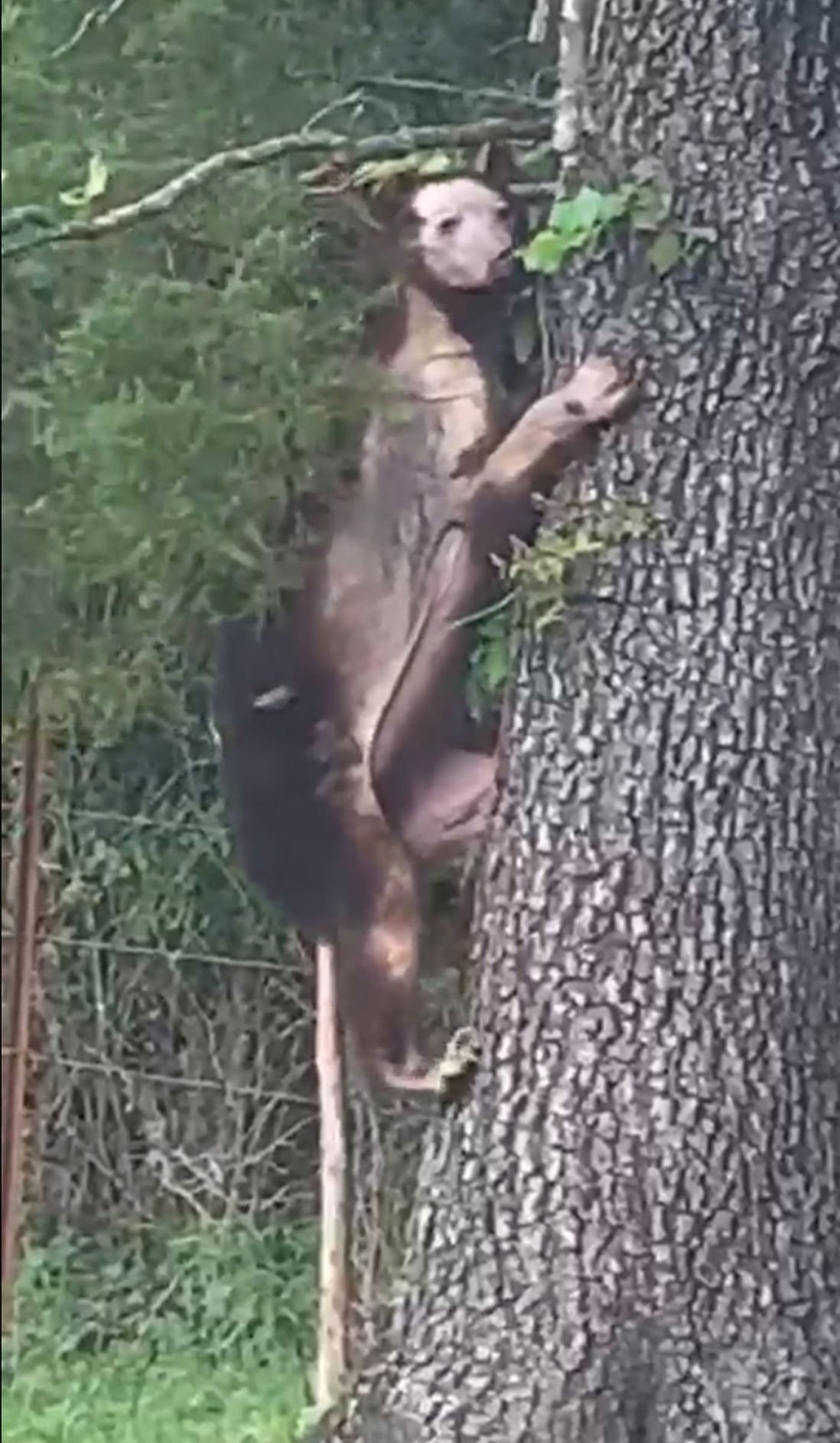 A collared black bear with mange in its den was part of an Arkansas Game and Fish Commission study. COURTESY/Will Childress/OSU

When Sallisaw resident Larry Jamison saw the first wild black bear of his life Tuesday, he was pretty excited. After all, it was right there in the 64-year-old’s own backyard.

“It looked like it hadn’t shed its winter coat,” he said. “It was brown and pretty rough looking. I could tell it was scared. It never got aggressive or anything.”

Jamison called police thinking the bear was pretty close to town so they should know about it. Maybe authorities would tranquilize it and move it away from town, he said.

When he learned a few days later that authorities killed it, he was pretty upset.

“I didn’t like the idea that my call ended up in that bear being killed,” he said.

But when Jamison learned a few days after that why a game warden shot the bear, he said he was “kind of relieved.”

His report likely saved the bear what would have been a torturous death due to Sarcoptic mange, an often-fatal condition caused by a skin mite, sometimes called scabies. The condition was rarely associated with black bears until recently.

The black bears of the Oklahoma and Arkansas Ozarks are increasingly turning up with mange and no one knows why. Until recently, nationwide Sacroptic mange was a relatively rare occurrence among black bears. Researchers want to figure out why it is suddenly more of a problem, why it hits only select populations so far, and what they might be able to do to help infected bears.

The Oklahoma Ozarks bears are the latest to join the national list with just a couple found in 2017 but more each year, according to Sara Lyda, an Oklahoma State University senior research specialist who has spent 20 years working with Oklahoma’s bears.

Just a few years earlier, it increased in prevalence in Pennsylvania and a few other mid-Atlantic states. Studies there were underway by 2018. News reports reflect up to 50 bears were being euthanized in that state due mange each year.

Pennsylvania’s bear population, almost 800 miles from the Ozarks, is the nearest infected population, despite much larger populations being present in the Ouachita Mountains of Southeast Oklahoma and Arkansas, and in Tennessee’s Great Smoky Mountains, said Curt Allen, wildlife biologist with the Oklahoma Department of Wildlife Conservation.

“That’s what makes it so weird,” he said. “We have a pretty low to moderate density population here compared to Tennessee ... We’re hoping OSU can dig further into the causes of it and find out if there is something related to contact around people, or some environmental thing going on, or what it might be. It’s pretty new so no one really knows at this point.”

The mange is often fatal for the infected bears and the recently expanding Ozarks bear population in Oklahoma of 110-140 bears has few females at this point, he said. The mite spreads from animal to animal, and during breeding season male and female bears will have several partners, and that makes it worrisome.

“We can’t afford to lose many females and it certainly has a good-sized mortality component to it,” he said. “It’s definitely something to be concerned about, especially looking forward to the eventuality of a rollout for opening a hunting season in this population. Could it delay that rollout?”

Allen said the Sallisaw bear’s skin was thickened from constant itching and infections and that its ribs and hips showed. The young male that should have weighed 100 pounds or more weighed less than 50.

The microscopic Sarcoptes scabiei might is well-known as an issue for canines, especially wild coyotes in Oklahoma.

Until recently, biologists thought the mites were species-specific and could not survive away from their host, OSU researcher Will Childress said. DNA tests showed mites collected from bears have come from foxes and coyotes. Other research has shown the mites can live up to two weeks away from a host animal.

Near as they are to each other, the Ozarks and Ouachita bears are considered separate populations and they don’t seem to intermingle, Lyda said. Still, she and Childress are taking blood and skin scraping samples “from every bear that we get our hands on,” Lyda said. “We hope to get funding to test that blood and see if there are underlying stressors common to the bears with mange.”

The public can help as well, with so many bears turning up on trail cameras in the woods these days, Allen said.

The biologist is urging anyone with photos of a bear that appears to have mange to report the sighting to him. That can help the department figure out how far the problem might be spreading. Reports and photos can be texted or emailed to Allen at 918-260-8959 or curt.allen@odwc.ok.gov.