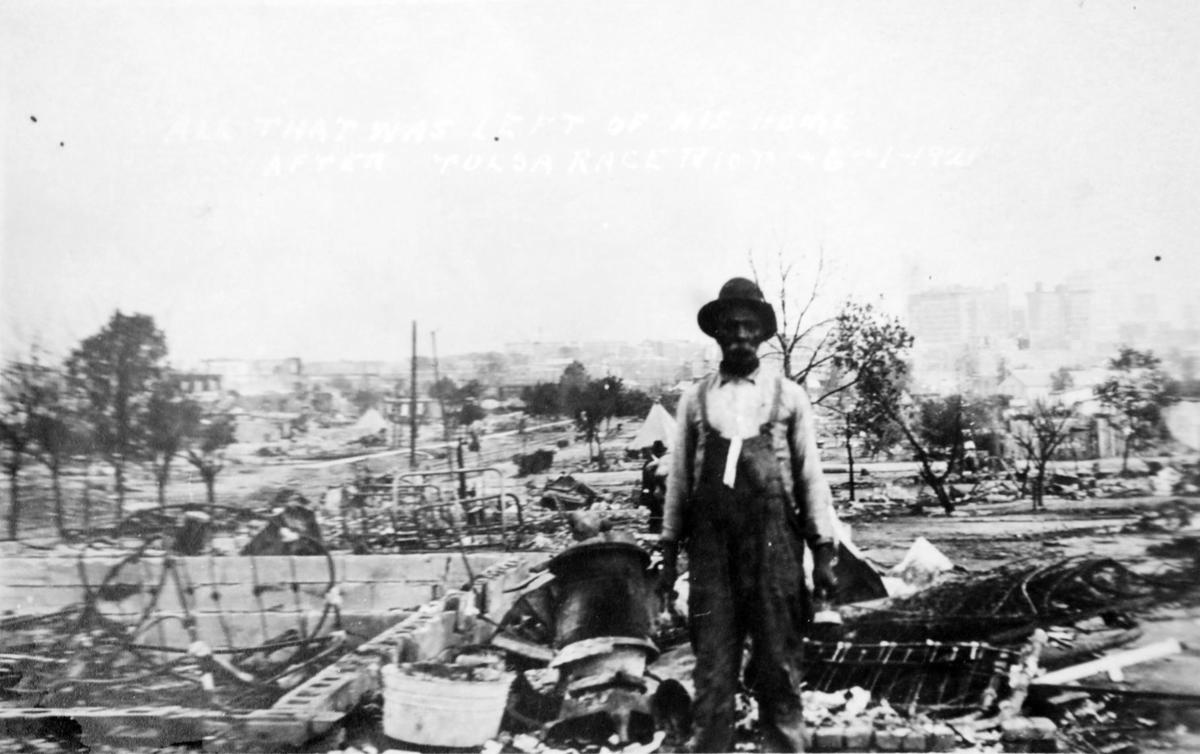 A man stands among the ruins after the 1921 Tulsa Race Massacre. 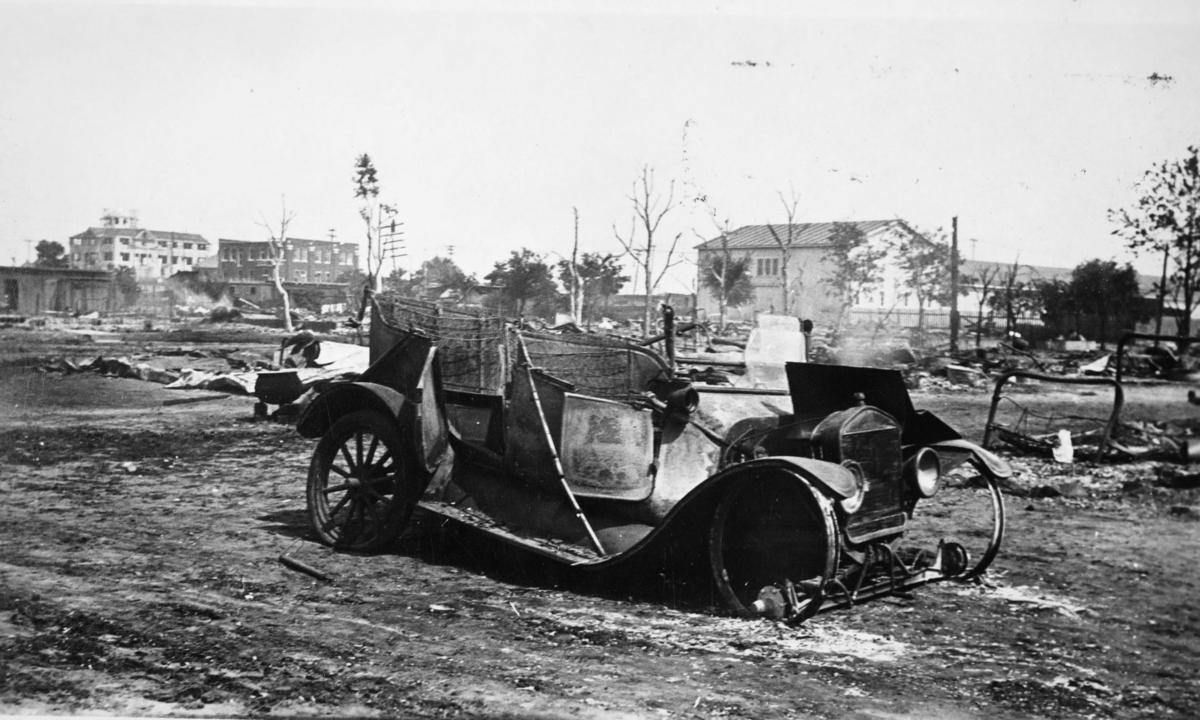 A charred car sits among smoldering ruins in Greenwood during the 1921 Tulsa Race Massacre. Photo courtesy of Department of Special Collections, McFarlin Library, The University of Tulsa

It isn’t that Tulsa did nothing for the victims of the race massacre. It’s that it didn’t do as much as it could have or, in the opinion of many, should have.

Disputes among the city’s white leadership hampered relief efforts. No one starved, but no one was made whole, either. Despite promises and threats, no one was prosecuted for the deaths resulting from the events of May 31-June 1, 1921.

Estimates of property damage vary widely, from $1.5 million to several times that amount. That translates to a minimum of $25 million today and perhaps twice that. Very few insurance claims were paid because most policies excluded riot damage from coverage.

Witnesses in a lawsuit brought by a white property owner, William Redfearn, testified that at least some law officers and many of the special officers commissioned by the Tulsa Police Department participated in the destruction of Greenwood. None, however, could say with certainty that the officers acted at the direction of local authorities.

As a result, the courts, including the Oklahoma Supreme Court, ruled against Redfearn and in favor of his insurance company. The decision effectively ended the hundreds of lawsuits and damage claims filed against insurance companies and the city of Tulsa.

In the days immediately following the massacre, a “public welfare committee” led by the Chamber of Commerce attempted to raise $100,000 but was thwarted by the City Commission and a group intent on acquiring the southern section of the Greenwood District for commercial development.

This group, it soon became apparent, did not have the financial or political backing to carry out its proposal.

This was spelled out in a July 13 editorial by the Tulsa World, which said the community “must take on itself the responsibility of deciding to make full reparation for the losses sustained by the property owners.”

As tracked by the Red Cross, a total of $130,000 in cash and goods was provided by Tulsa County, the city and private donations through the summer of 1921. That was not an insignificant sum at that time, but it hardly compared to the actual property losses in Greenwood.

It was also small compared to the millions raised in Tulsa during World War I and the millions Tulsans were about to spend to bring water from Spavinaw Creek.

Similarly, the criminal investigation into the massacre fizzled out. While a number of people were charged and even jailed on charges such as looting, possession of stolen property and arson, only a handful seem to have gone to trial. A few pleaded guilty to minor offenses.

With one or two exceptions, the African Americans who were jailed in the wake of the massacre were freed by the end of the summer.

Many prominent Black men were indicted for “inciting a riot,” charges that would not be dismissed until decades later.

The only trial of any note involved Police Chief John Gustafson, who was brought before Judge Redmond Cole on ouster proceedings.

A grand jury indicted Gustafson on five counts, including dereliction of duty during the massacre. The other charges involved corruption, including a car theft ring within the department and using his office to sign up clients for his private detective agency.

This trial revealed to Tulsans and the world some of the massacre’s most shocking details, including John Oliphant’s eyewitness account of Dr. A.C. Jackson’s murder and the role of law officers and Gustafson’s special deputies in the destruction of Greenwood.

Gustafson was convicted on two counts, including dereliction of duty, and removed from office. No criminal charges were brought against him and he resumed his occupation as a private detective.

Still smarting from the failure of the relocation scheme it favored, the Tulsa Tribune on Oct. 2 published a caustic report that nevertheless revealed brisk activity in Greenwood.

“Left to their own resources (Black Tulsans) have, with the assistance of white friends, practically rebuilt ‘Little Africa.’”

By the end of December, some 800 buildings had been completed in Greenwood with others in construction. In 1925, it was host to the National Negro Business League Convention, with keynote addresses by Gov. Martin Trapp and Mayor Herman Newblock.

So Greenwood rebuilt. Some would argue, though, that Tulsa never fully recovered. The grand jury investigating the massacre blamed it, in part, on lax enforcement of Jim Crow, and a lasting effect was to push Blacks and whites, north and south, further apart.

In 1965, when the Oklahoma Legislature was formally scrubbing segregation from state statutes, the lone vote against repeal of two such statutes was by Tulsa County Rep. Perry Butler.

Top Dems: We have framework to pay for $3.5T bill

Top Dems: We have framework to pay for $3.5T bill

A man stands among the ruins after the 1921 Tulsa Race Massacre.

A charred car sits among smoldering ruins in Greenwood during the 1921 Tulsa Race Massacre. Photo courtesy of Department of Special Collections, McFarlin Library, The University of Tulsa