‘Little stores and shanties are being opened up for business ... selling everything from fresh meat to ice cream cones.”

A sense of pride: Descendants reflect on the 1921 Tulsa Race Massacre

The embers had barely cooled before Black Tulsans began rebuilding Greenwood Avenue. Amid the rubble of their beloved Black Wall Street, they found ways to keep going, just as they always had.

Black Wall Street rose again — and fell again — and for more than half the past century has been trying to figure out its place in a world so much different than the one in which Greenwood flourished.

Dwain Midget, a son of Greenwood and Black north Tulsa, has for more than 30 years been one of the city’s top development officers. He says the Black Wall Street and Greenwood Avenue are not necessarily geographically intertwined.

“To me, you remember it, and then you make a new Black Wall Street,” he said.

Midget thinks the new Black Wall Street could be north of Pine Street on Peoria Avenue. An active business area is becoming more entrenched, he said, and housing is improving, especially in the Lacy Park neighborhood.

All of that, Midget said, began with planning 30 years ago.

“Things are happening,” he said. “They’re too incremental, but that’s because ... of systemic, institutionalized racism that has to be overcome. It can still be done, and it’s being done, just not fast enough.”

As segments in a timeline, the 10 decades since 1921 roughly mark stages in the life of a place and maybe even a dream.

Greenwood, says Tulsa historian, author and lecturer Hannibal Johnson, is a mindset as much or more as it is a place.

Defying efforts to keep them from rebuilding, Black Tulsans erected buildings at night to evade enforcement of a fire code passed by the city commission expressly to pressure them to sell. They also pulled cash from unsuspected reserves or found credit to put up new brick buildings that complied with that code.

Ten days later the Tulsa Tribune said 65 wood structures and several brick ones had been completed or were under construction.

Tulsa’s 1922 city directory shows more than 80 businesses with North Greenwood Avenue addresses. In 1926, five years after it was burned to the ground, the 100 block of North Greenwood alone was home to more than 50 enterprises of just about every description.

The 1930s were tough for most Americans, and Black Americans were certainly no exception. Yet somehow Greenwood managed to grow and even prosper.

By the end of the decade, the neighborhood was nearing its peak in terms of population and business activity.

But that success was largely built on a segregation that forced more and more Black Tulsans into the confines of a neighborhood with little room to grow, and created a ready-made customer base for the little shops lining Greenwood Avenue and the neighboring streets.

That would change dramatically in the decades ahead.

By one count, the Greenwood District counted almost 180 businesses and more than 1,400 residences in 1942.

Data compiled by researcher Amanda Coleman in the late 1990s indicates Greenwood continued to grow through the war years to the end of the decade.

But in 1948, the U.S. Supreme Court ruled unconstitutional the race restrictive title covenants that effectively segregated housing in many American cities, including Tulsa. That was good for Black Tulsans, but not so good for Greenwood.

The Dreamland Theater closed in 1952. Now an iconic symbol of Black Wall Street at its height, the Dreamland became one of the first casualties of the social, political and economic forces conspiring against Greenwood.

As early as 1917, the U.S. Supreme Court ruled cities and states could not segregate housing based on race. But that was wired around through title covenants that prohibited the transfer of property to non-whites.

When the title covenants were thrown out, African Americans were free to move out.

Red-lining and other obstacles remained, to be sure, but U.S. Census data shows clearly how Black Tulsans spilled out of the old boundaries — Detroit to the old Midland Valley railroad tracks — into adjoining neighborhoods.

By 1960, the city of Tulsa classified half of the Greenwood District’s housing stock as dilapidated. Five years later, to the dismay of many Greenwood residents, it initiated an urban renewal project that some might argue has never really ended.

The project originally encompassed only the northern portion of the Greenwood neighborhood but was soon extended to the inner dispersal loop, a total of 309 acres.

Midget says community leaders such as Homer Johnson and later Julius Pegues and Ralph McIntosh did their best to “blunt” urban renewal.

Johnson, for one, predicted urban renewal would result in Black Tulsans losing ownership of the fading ribbon along Greenwood Avenue. The northern half of the 309-acre project was successfully redeveloped as Heritage Hills, but the southern half attracted little interest and zero investment.

Formed in 1938, the Greenwood Chamber of Commerce found new purpose during the urban renewal era: saving what remained of Deep Greenwood.

By 1981, the only business remaining in the 100 block of North Greenwood was the Oklahoma Eagle. Three other businesses — a diner, a small grocery and an upholstery shop — held on six blocks north, between Haskell Place and Independence, but would soon be gone.

In 1980, the Greenwood Chamber received a $1.6 million grant to renovate the 11 remaining buildings in Deep Greenwood. It would be three more years, though, and a host of headaches before work began. The renovations would not be completed until 1985.

Despite much fanfare, the Greenwood Centre, as it was then called, landed on the commercial real estate market with a thud. Tenants were so scarce the city had to kick in $1.6 million to avoid a default.

Concurrently, the wheels fell off a deal to develop housing, hotels and commercial space on 90 acres north of the IDL. With no other prospects and the economy in a swoon, the city committed $6.5 million to build the University Center at Tulsa — now Oklahoma State University-Tulsa — on the same tract.

Adjoining it, ground was broken in 1985 for the Greenwood Cultural Center.

By 1991, Deep Greenwood was again home to a handful of businesses. But with no adjoining population base, most of them were struggling and the complex depended largely on government offices to stay open.

Arguably, Greenwood now extended as far north as Turley and west into Gilcrease Hills, and a business district was coalescing around Pine Street and Peoria Avenue.

In 1997, legislation creating a commission to examine the 1921 Race Massacre earned Greenwood an international celebrity that would only grow over the next two decades.

Renewed investment in downtown Tulsa brought more interest and money to the old Greenwood, but also what many Black Tulsans regarded as unwanted encroachment.

Construction of ONEOK Field in the historic district quashed the Greenwood Chamber of Commerce’s plans for a mixed use development on a portion of the site and led to extension of the adjoining Arts District onto Greenwood turf.

Redevelopment of Tulsa’s inner city, Black Tulsans fierce sense of ownership and the approaching 100th anniversary of the 1921 massacre have brought to the surface disagreements both old and new.

Tenants of the Greenwood Centre — the 11-building complex comprising the 100 block of North Greenwood — continued to complain about the buildings’ management.

The Greenwood Chamber, the Centre’s manager, says it’s doing the best it can given limited revenue and aging facilities.

Meanwhile, across Archer, new apartments and retail space are about to open — as is the Greenwood Rising History Center.

That the new construction is largely owned by non-Blacks rankles some but is fine with others who figure the increased traffic will help everyone.

The decade began with the opening of John Hope Franklin Reconciliation Park two blocks west of Greenwood. It’ll end with a once-in-a-hundred-years test of that concept.

Bolivian Cholitas play football at top of a mountain 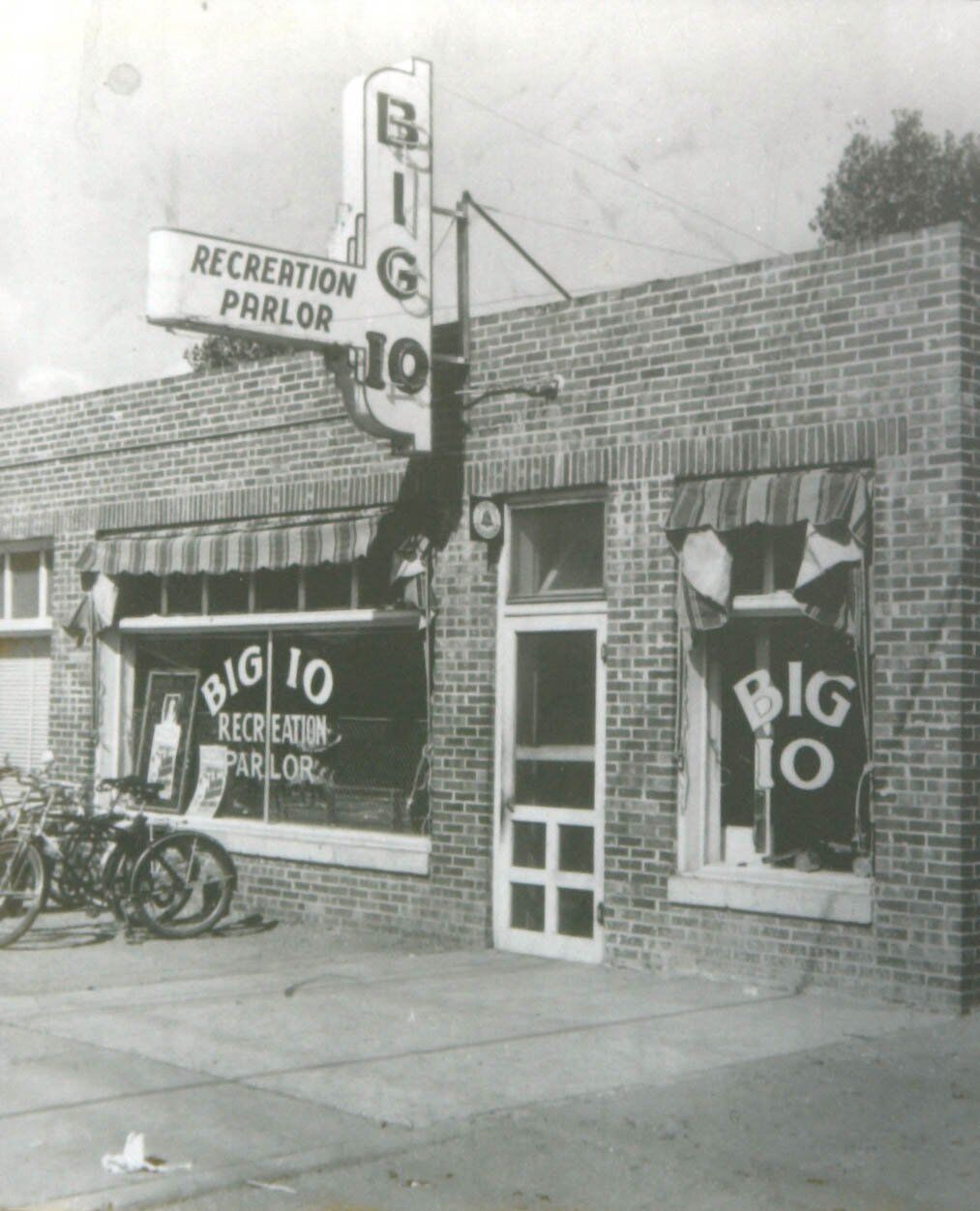 Bicycles stand outside the Big 10 Recreation Parlor around 1950. 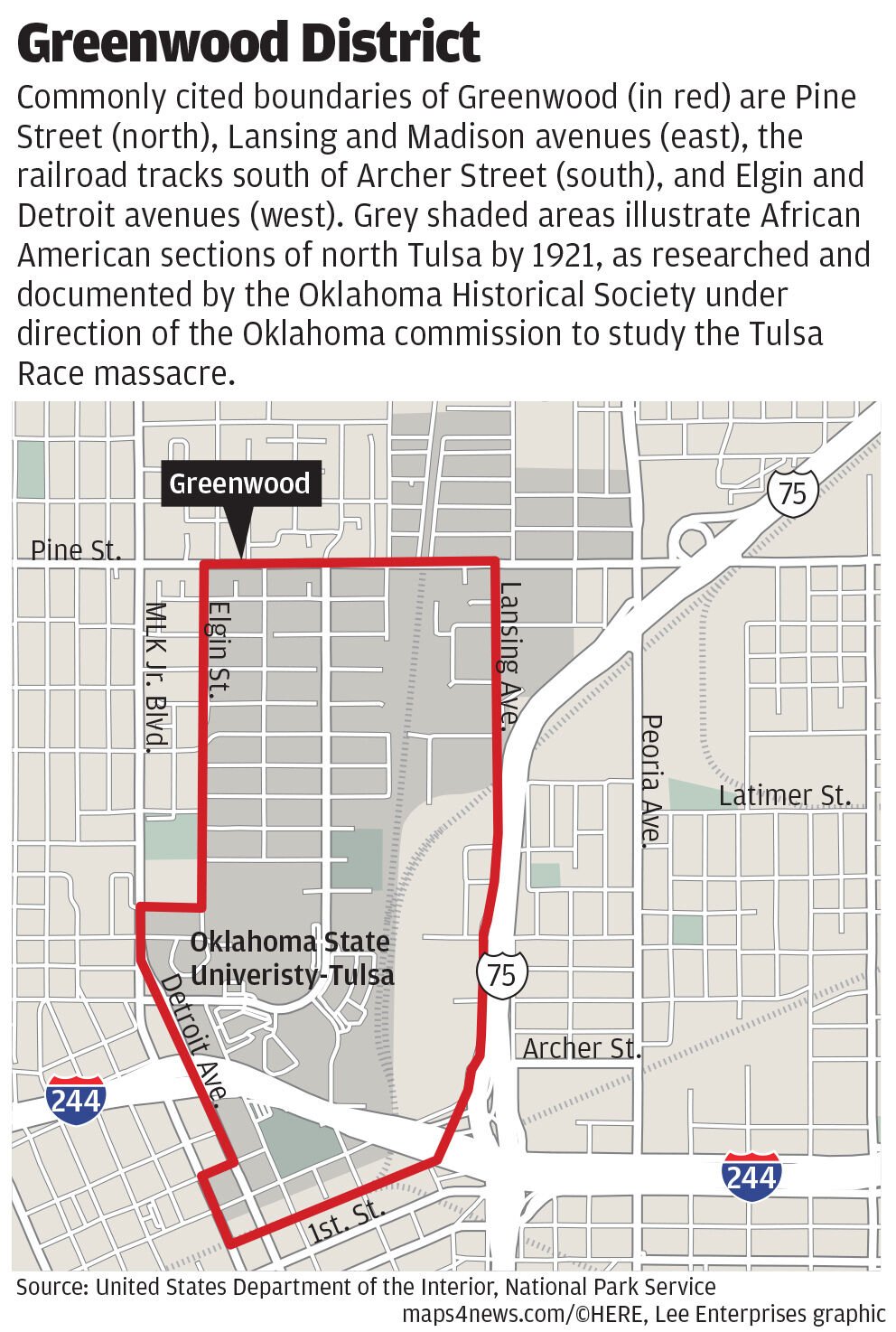