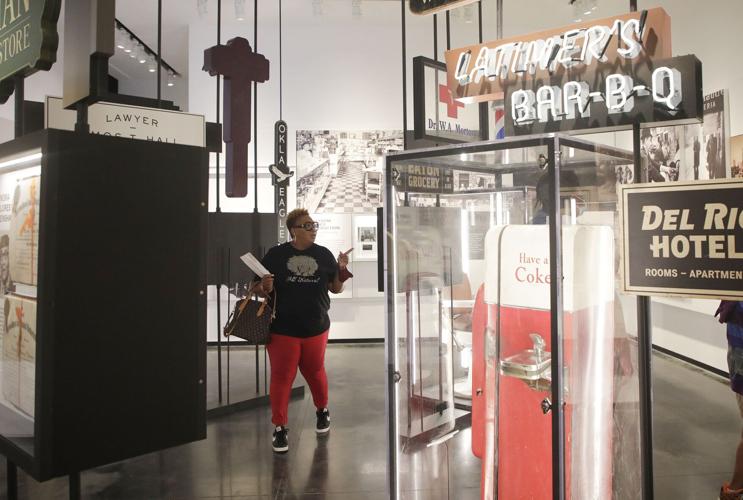 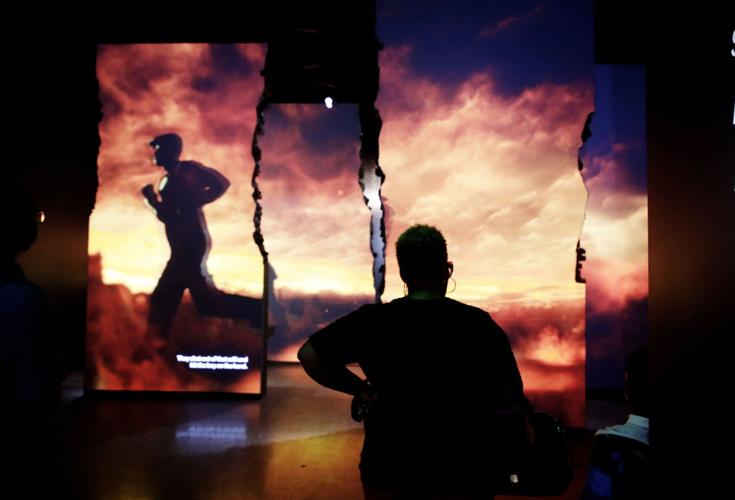 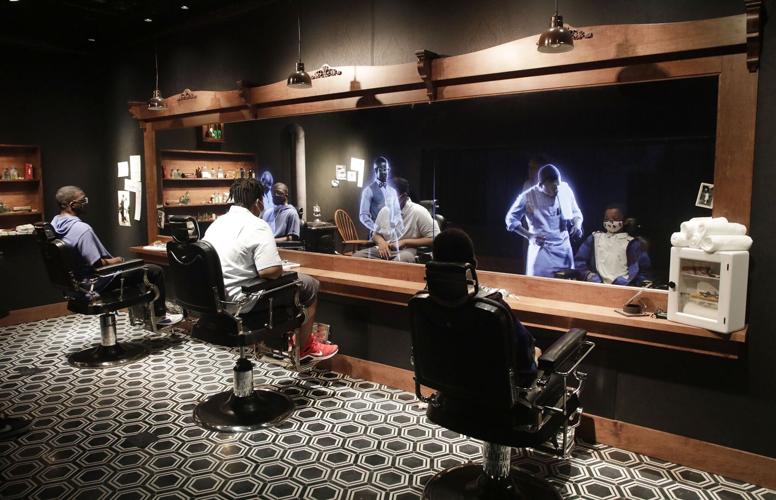 The 101st anniversary of Tulsa’s 1921 Race Massacre may not get the national and international attention of the 100th, but it is no less significant.

“The fight for justice is ongoing. That’s every day here,” said state Rep. Regina Goodwin, D-Tulsa. “The 100th year, that wasn’t anything more significant other than the efforts that are ongoing. … I still think strides are being made. We’re a long way from where we need to be, but the effort is worthwhile.”

“One of the things we realized early in my time as mayor was that the the centennial was going to be an inflection point, not a finish line,” said Mayor G.T. Bynum.

Although this year’s anniversary has not attracted the national attention of last year’s, organizers have not let the date pass unnoticed.

The 2021 centennial culminated a tumultuous 15-month period that included the onset of the COVID-19 pandemic, unrest triggered by the death of George Floyd, the Tulsa visit of then-President Donald Trump, the 2020 presidential election, the Jan. 6 attack on the U.S. Capitol, and increasingly bitter disagreements concerning activities surrounding the centennial itself.

The centennial alone was an international event; an assortment of priorities, causes, motives and agendas hitched themselves to it, hoping to be pulled along. Disagreements at the end, though, led to the cancellation of an event that would have featured John Legend and Stacey Abrams.

Asked to reflect on the centennial and any lasting legacy, Goodwin, Bynum and several other Tulsans agreed that important goals and mileposts have been reached.

The degree to which they agreed varied, though.

Questions over use of funds

Greenwood Rising and the commemoration of the massacre were generally seen as successes. Other issues remain contentious, principally revolving around the priorities of various involved groups and a political and economic environment many view as still hostile to Black Tulsans.

“Yes and no,” former state Sen. Judy Eason McEntire replied when asked if the centennial had been successful.

“Yes, the (centennial) commission ... and those that were really (involved) were able to a) raise the funds and b) get the museum completed in time.

“The ‘no’ part is the fighting within our community over what the money raised was for,” she said.

Cancellation of the closing event, she said, was “just tragic. Because it should have been something we walked hand-in-hand together in our community and within the larger community.”

The centennial commission was created in 2017 by state Sen. Kevin Matthews to guide centennial activities. In particular, it was committed to raising money and building a long-delayed race massacre memorial and museum.

Many Black Tulsans, though, wanted the center to cover the entire history of Greenwood, not just what Greenwood Rising Interim Director Phil Armstrong calls “those 18 infamous hours” that ended with Greenwood’s destruction. Thus, the center covers the neighborhood’s entire history, with an emphasis on resilience and success.

As the centennial approached, the commission came under increasing pressure from some who said the money for the history center should instead be donated to three previously unidentified survivors and as reparations for more than a century of wrongs. There were also accusations of commercialization and exploitation that the those associated with the history center and the commission vehemently denied.

Adding to the tension were the circumstances surrounding the Jan. 6 invasion of the U.S. Capitol, and U.S. Sen. James Lankford’s initial support of a “commission” to examine presidential election returns.

A white Republican, Lankford had been active in the historically Black neighborhoods, helpful on several fronts, and served on the centennial commission.

Caught between white Republican voters convinced the election had been stolen and African Americans just as outraged at the accusation, Lankford and the commission found themselves in an untenable position that, according to Armstrong, nearly brought down the entire project.

“The thing I learned,” said Matthews, “is that you can have permanent values, but you don’t have permanent friends or enemies in the political realm, because the person that’s against you today may be supporting you on another issue tomorrow.”

His goal, he said, was to get Greenwood’s story told in a way that would bring people to the famous corner of Greenwood and Archer, and that would translate into economic opportunity.

“I came from the fire department,” Matthews said. “We run in when other people run out. I’ve never been afraid of criticism or not being liked.

“After all the controversy, internally and externally, Greenwood Rising is still open and was named one of the top 10 tourist destinations in America.”

“We have changed hearts and minds,” said Armstrong. “I get invitations, even to conservative groups, and when I finish there seems to be this sense of relief. They’re saying, ‘We thought this was just a way to make white people feel guilty for something that happened 100 years ago.’”

Guilt, in the legal sense, does remain a prime goal for some. Many believe the books will not balance until restitution is paid for the injustices of the massacre. In that vein is a pending lawsuit against the city of Tulsa and others on behalf of three centenarians many believe are the last massacre survivors, as well as descendants of Black property owners from 1921.

Beyond that, there is concern about ongoing racial disparities, and for what the lawsuit says is continuing exploitation of the area.

“We had to honor survivors (and) descendants. We also had to commemorate the 100 years of the Race Massacre,” said Goodwin. “I think we did that. But beyond that, I think it’s imperative, I think it’s a must, that we see justice.

“When all the cameras have left, when all of the documentaries are done, we’re still left with a community that has been impacted and has been devastated,” she said.

McEntire said racial interaction has increased and improved but she also wonders about the durability of the unity demonstrated during the centennial year.

“Once all of the planned activities were over and that time frame passed — yes, it’s fleeting, it’s gone back to the way it was,” she said. “Each of us live our individual lives and come together the next time there’s an issue that needs larger support.

“People are good about that, but they go back home to continue their own life.”

Armstrong, the Greenwood Rising director, sounds more optimistic. Despite concerns that teachers and administrators may shy away from subjects like race and racial violence because of legislation passed last year, Armstrong said Greenwood Rising continues to see many school groups and expects more when a new program is formally introduced this fall.

Bynum is adamant that progress is being made on several fronts, including economic development on the near-north side, and he reiterated his promise to continue looking for remains of Race Massacre victims.

“When I first started talking about the 1921 Race Massacre as a mayor around the country, most people I would tell about it had never heard about it before,” Bynum said. “That never happens anymore.”

Bynum came under intense criticism from all sides during the centennial year. He said he understands.

“I recognize that I am the CEO of an organization that waited 98 years to try to find (victims’) graves,” he said. “You inherit with that a lot of distrust that is well-deserved.”

“For the critics who say nothing is happening fast enough, I totally agree with that,” Bynum said. “That’s my frustration, too. There’s so much we want to get done, I think people are working as hard and as fast as they can, but this is something that will take years.

“The pace of change, because these are such long-standing, large issues is necessarily a longer-term pace than any of us would like, but that we need to be prepared for and committed to.”

Race issues in Tulsa and Oklahoma

NAACP and The Black Dispatch

'We are going to lynch that negro'

Guardsmen come under fire from both sides

'And the invasion of the negro district began'

'Even women with shopping bags would come in'

Detainees subject to harassment and humiliation

Fairgrounds camp houses up to 5,000

Statute of limitations runs out

Original indictment of participants dismissed in 2007

'Before They Die' documentary premieres in October 2008

'I hope we get there very soon.'

May 2019: $9 million renovation and expansion of Greenwood Cultural Center announced

Activities related to this year's anniversary continue through Tuesday night, the 101st anniversary of the beginning of the massacre on May 31-June 1, 1921.

The city plans to expand the search at Oaklawn and to resume the search for possible mass graves at Newblock Park, west of downtown, and The Canes, an area alongside the Arkansas River near downtown.

"I am in Oklahoma on this date on purpose," lead reporter Nikole Hannah-Jones said Tuesday. "As states all across the country began trying to legislate (against) the 1619 Project, I decided to go to all the places that were trying to ban it.

The Heritage Foundation's political arm and the Oklahoma office of Americans For Prosperity, among others, lauded Stitt's veto Thursday of two tax relief measures approved by the Legislature and his call for a special session to approve more sweeping tax cuts.

Biden's Mission In Europe: Shore Up Alliance Against Russia

Watch Now: Disney caught in the middle of political firestorm over Florida law

Watch Now: Disney caught in the middle of political firestorm over Florida law