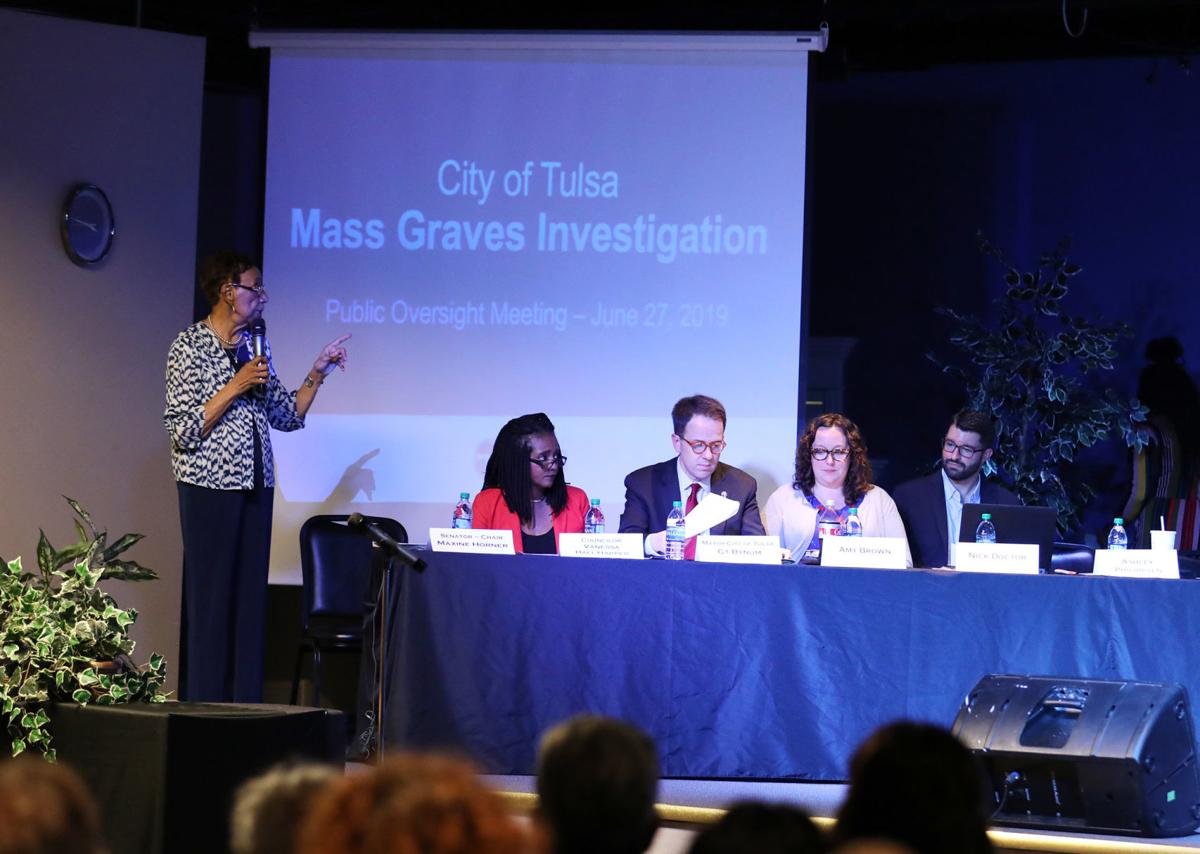 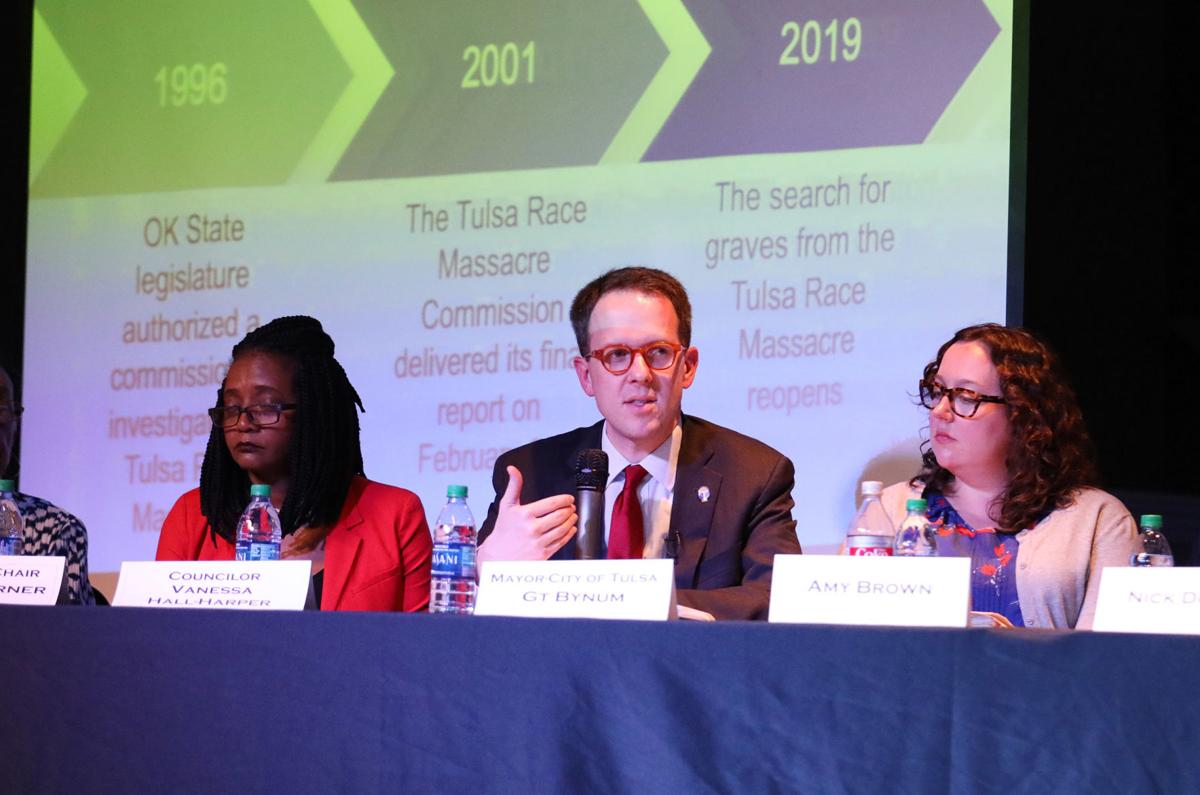 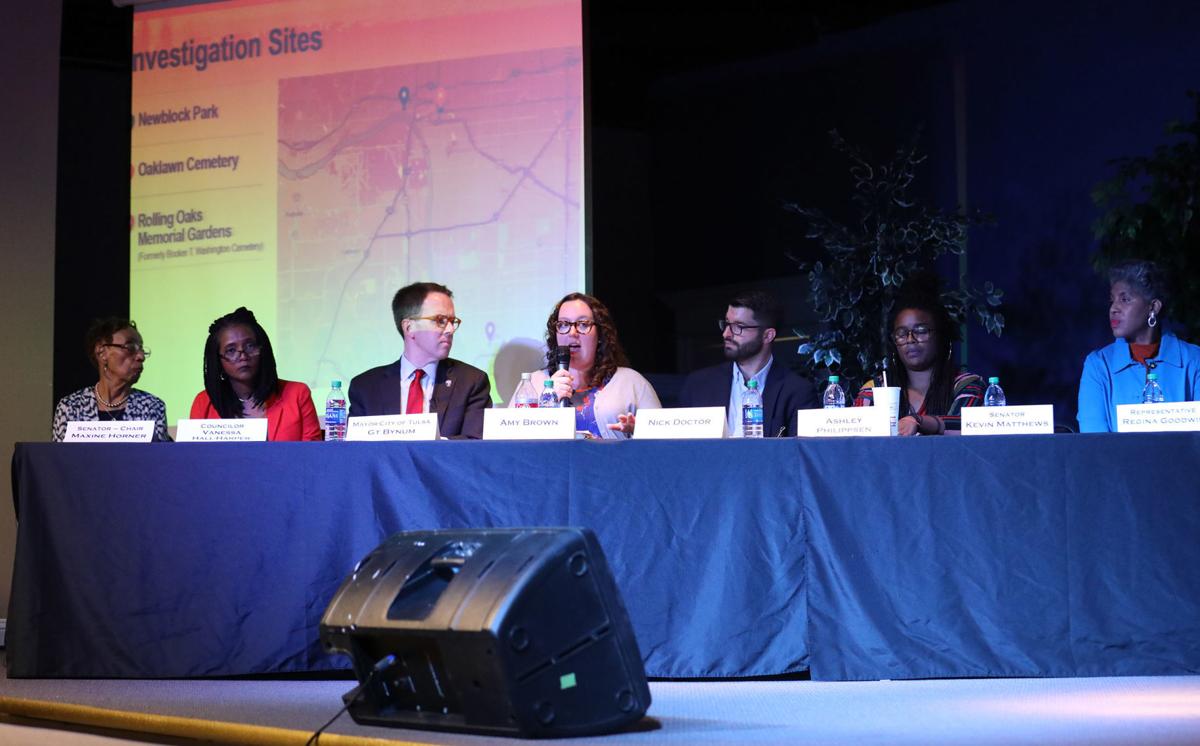 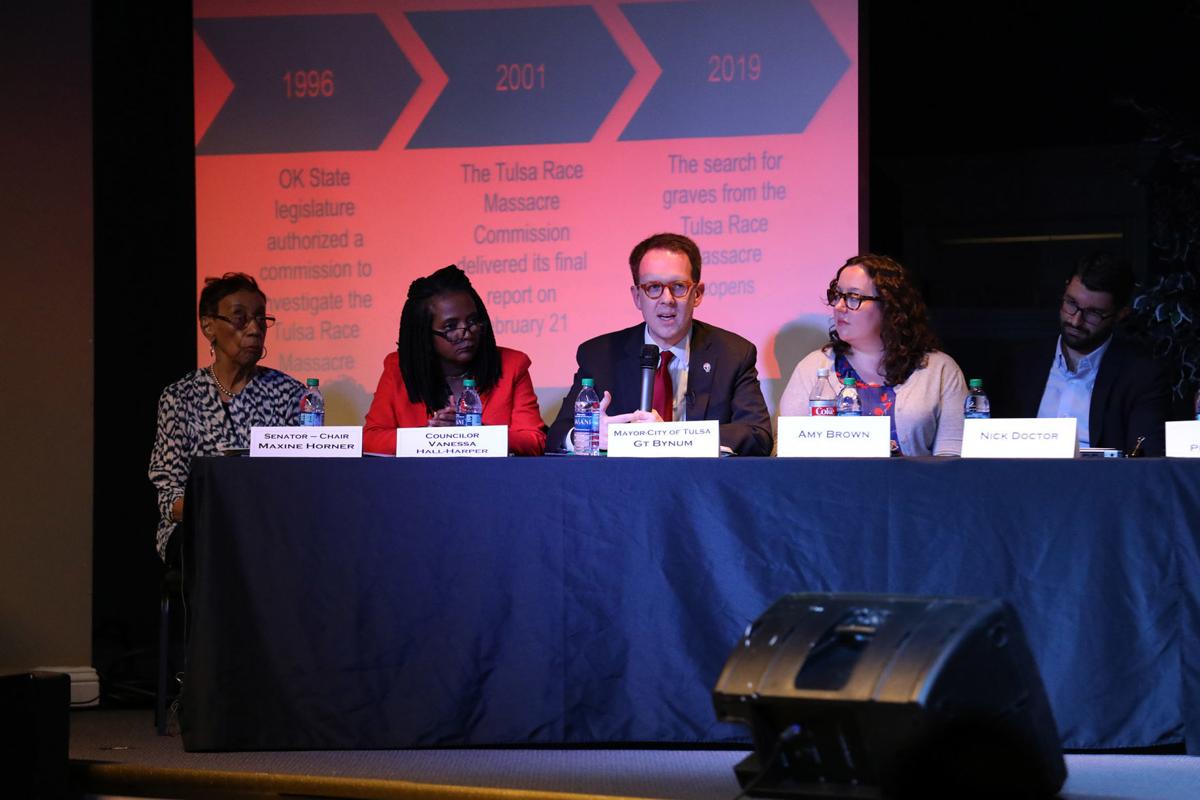 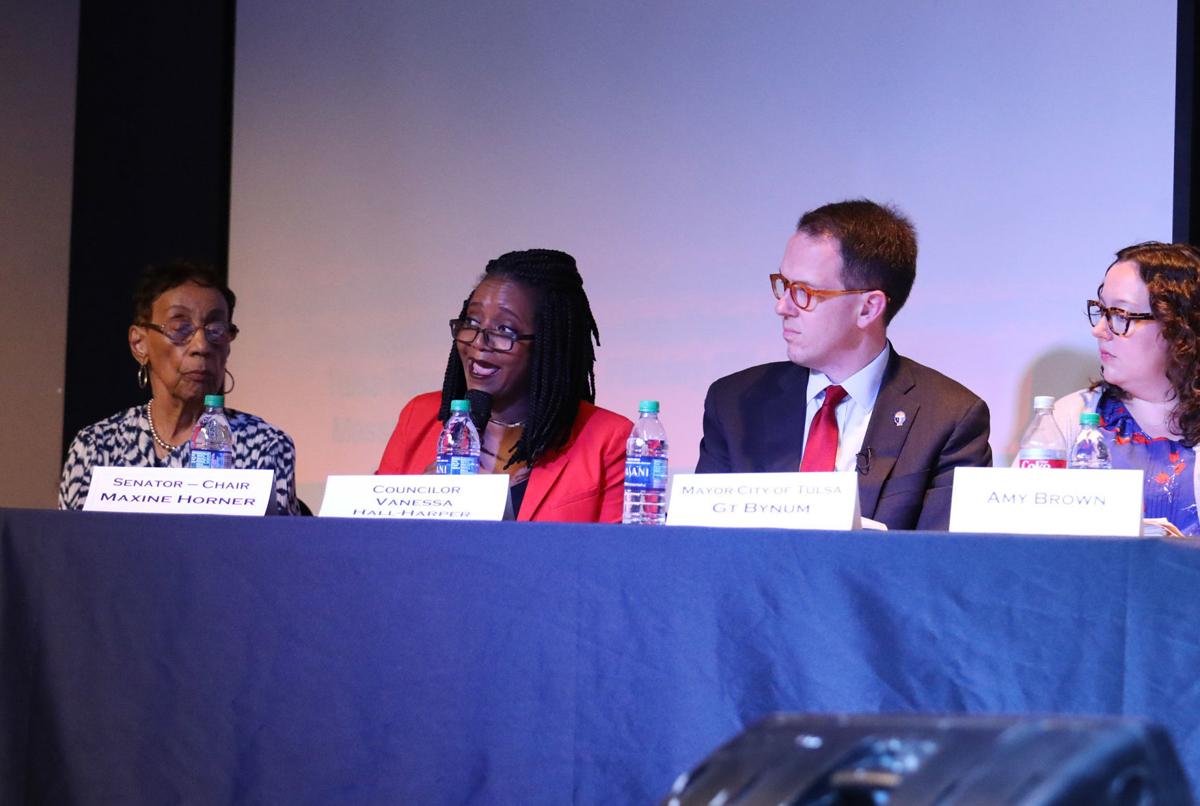 Tulsa Mayor G.T. Bynum, holding a wireless microphone near his mouth, candidly expressed why the city will be engaging in a dogged project to locate potential mass burial sites from the 1921 Tulsa Race Massacre.

“If you get murdered in Tulsa, we have a basic contract with you that we will do everything we can to find out what happened to you and render justice for your family,” said Bynum. “That’s why we are treating this as a homicide investigation for Tulsans who we believe were murdered in 1921.”

Bynum’s remarks set the tone at the 36th Street Event Center in north Tulsa on Thursday night during the first public meeting to outline the purpose and process of the search for mass graves.

Among the goals of the project are to provide public oversight, historical context and actual physical evidence with assistance from members of several committees made up of community leaders, activists, historians and local government officials.

Tulsa City Councilor Vanessa Hall-Harper, who along with former state Sen. Maxine Horner is helping lead the city’s latest attempt to find unmarked mass graves, said providing some semblance of closure is just as important as the investigative work itself.

“It is my goal that our ancestors — who were brutally murdered and placed in mass graves — are given to their families and receive a proper burial so we as a city can have closure,” said Hall-Harper. “It is the work we must do and achieve together. It is work that must be done.”

Phase 1 of the project is expected to involve the use of ground-penetrating radar. City officials said that if anomalies are found, a second phase could include excavation.

The last time potential mass grave sites were examined was in the late 1990s and early 2000. That study was led by the Tulsa Race Riot Commission. The upcoming exploration will be led by the state Medical Examiner’s Office and will include the Oklahoma Archaeological Survey, which also assisted in the initial study.

Bynum was candid in acknowledging that the city has not established trust in considering the interests of black Tulsans in the decades that followed the massacre and burning of Tulsa’s Greenwood District.

During a lengthy public question-and-feedback session, several race massacre descendants, along with other residents, shared stories indicating that bodies might be buried at sites that were not included in the initial search plan. The oral stories, which varied, chronicled where bodies were taken throughout Tulsa and even beyond the city limits.

Brenda Mansker, who has relatives who were buried at Rolling Oaks Memorial Gardens when it was Booker T. Washington Cemetery, said she was appreciative of the city’s efforts in searching for the graves decades after previous administrations started the work but were unable to complete it. However, she said she believes that her relatives’ graves were disturbed at some time in the past, and she wants to know why that happened.

“I feel as if I have been robbed,” Mansker told the panel of city officials in attendance. “I need some answers.”

Kamarjae Boyd, 13, said he had been told that mass graves might exist in a local park, and he expressed how difficult it is for him to cope with the thought that a mass grave site could rest in an area where he finds summer entertainment.

“As a black male, I should not have to go outside and feel scared for my ancestors going all the way back (to 1921),” Boyd said. “That is not fair to me, my cousins and my friends. I have been playing, prancing around — been eating food — on my ancestors’ graves.

“I appreciate the mayor coming out and helping my race get this stuff figured out. It should have been done a long time ago.”

One year ago this week, on June 27, 2019, the city hosted its first meeting of the Mass Graves Investigation Public Oversight Committee, begin…