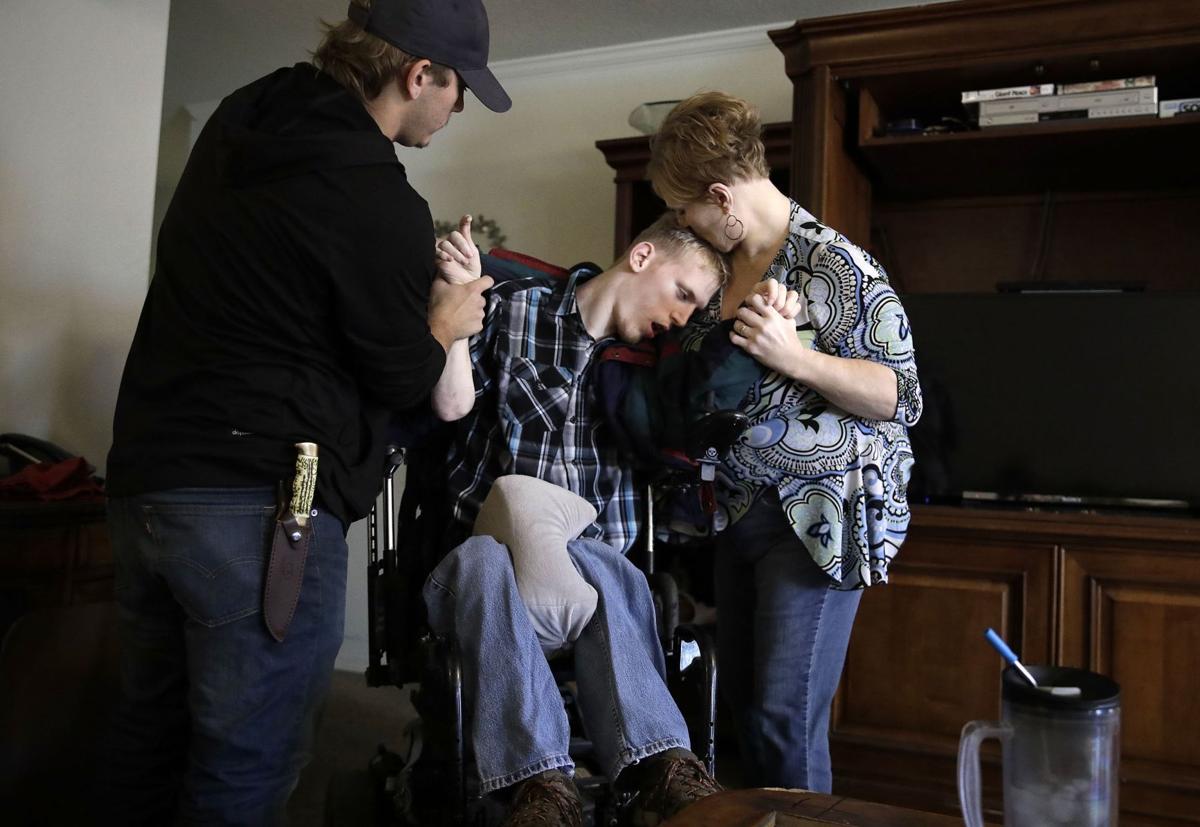 Michelle Conrad kisses her son Phillip on the head as she and his twin brother, Patrick, help him put on his coat on Wednesday, Dec. 11, 2019. 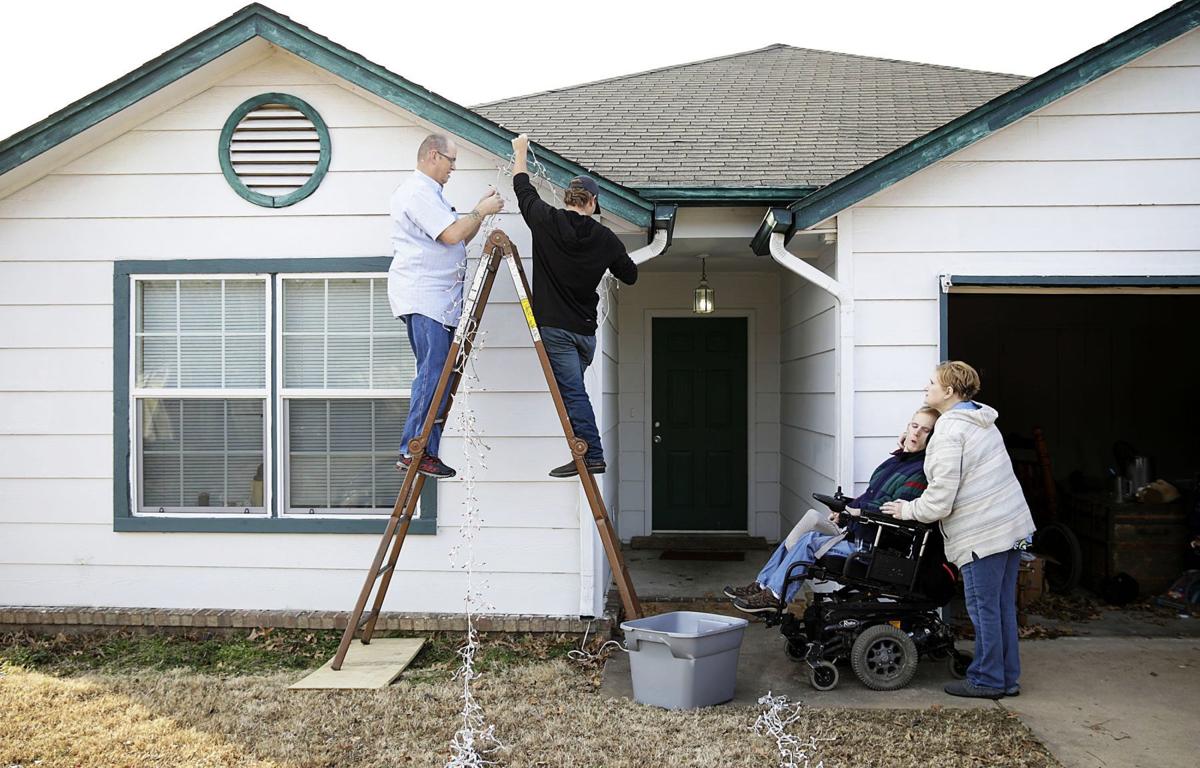 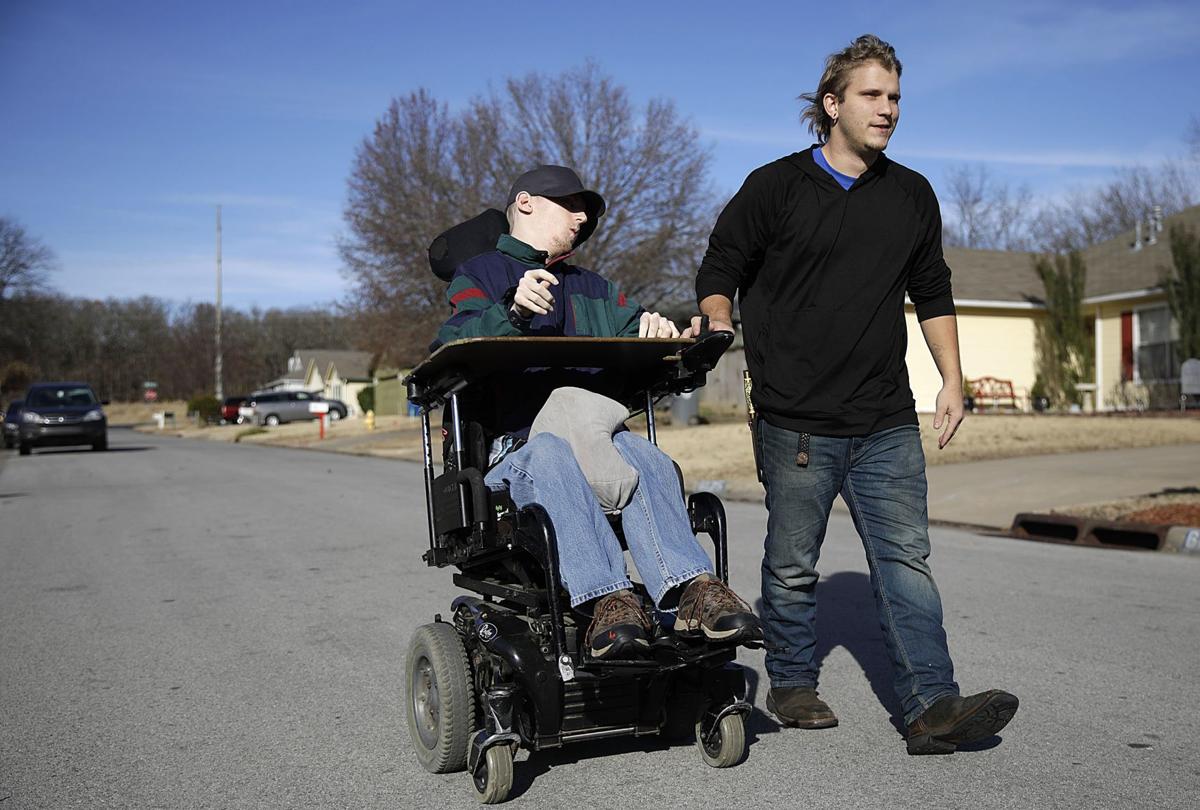 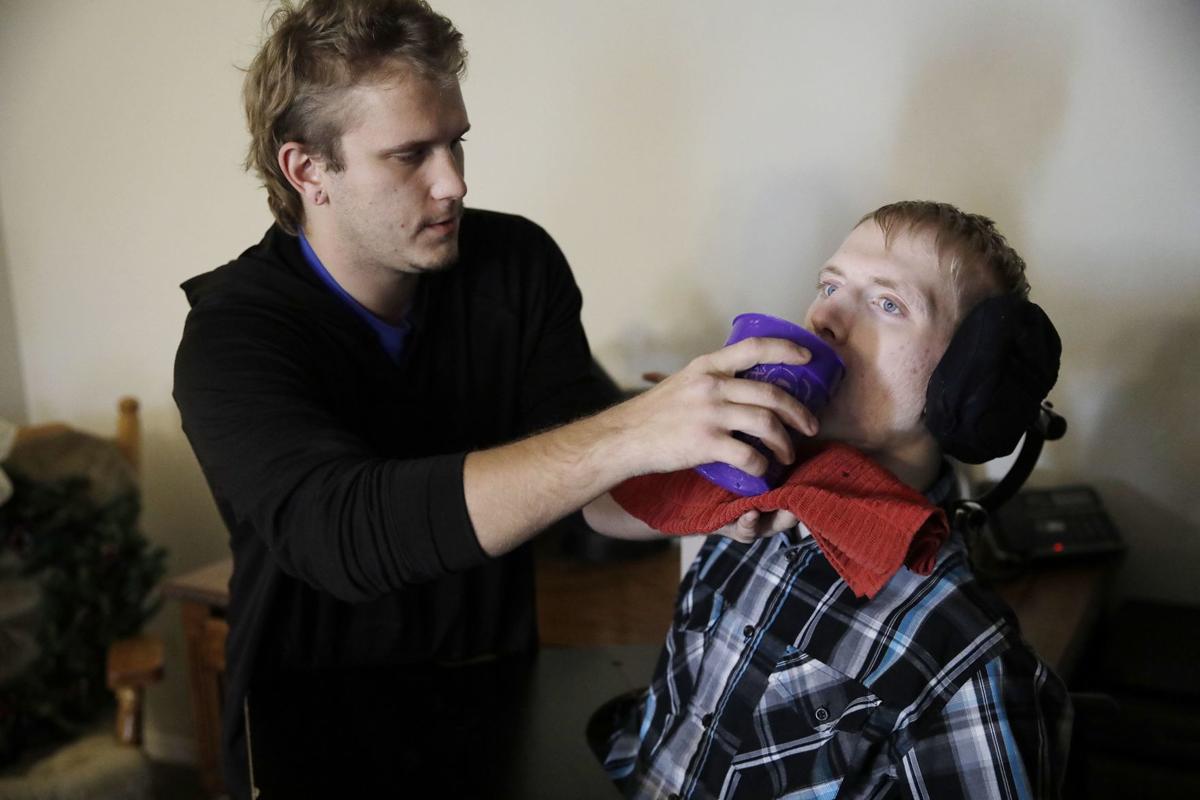 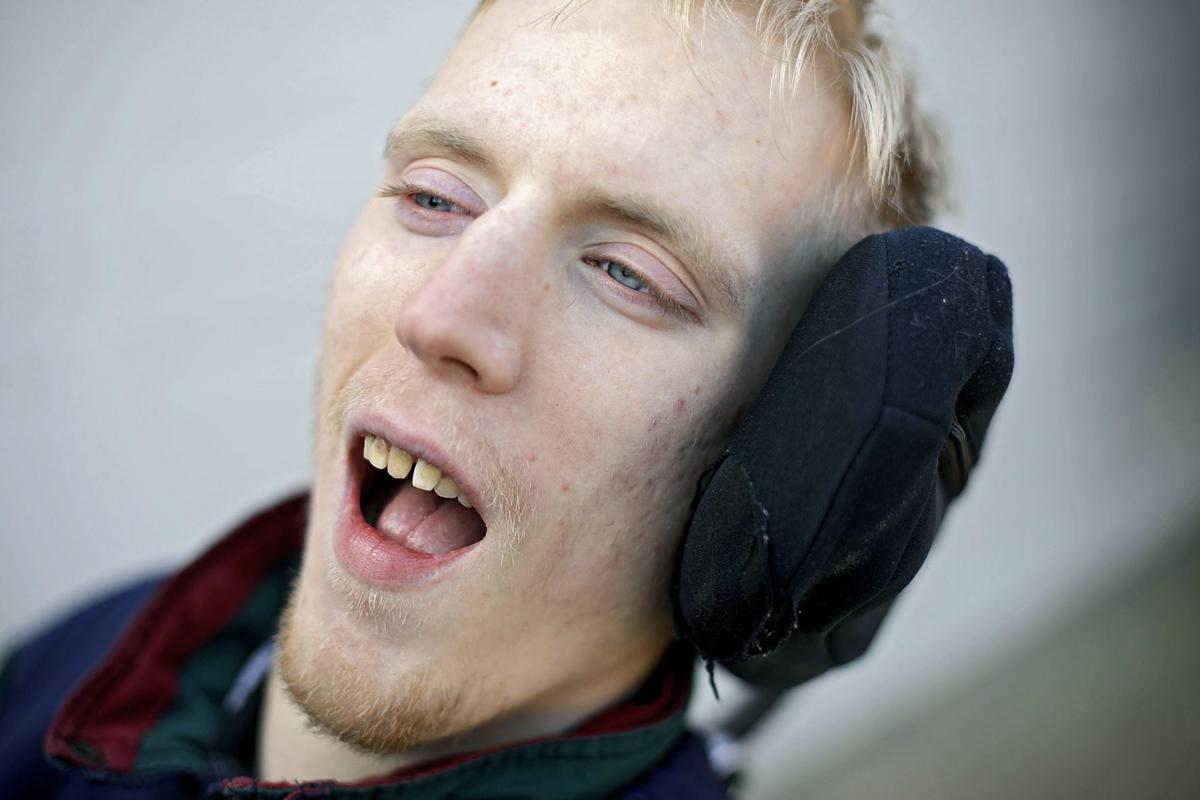 Phillip Conrad smiles after taking a walk with his brother Patrick on Wednesday. MIKE SIMONS/Tulsa World

Twenty-four years ago, when he turned breech during a premature birth, Patrick Conrad probably saved his twin brother’s life. Doctors performed a cesarean section and found the umbilical cord wrapped and knotted around Phillip Conrad’s neck.

Born 13 weeks premature, the brothers weighed less than 5 pounds combined, with Phillip so critical that his mother couldn’t even touch him, much less hold him, for more than two weeks.

“I could hold them in the palm of my hand, with the little limbs dangling over,” Michelle Conrad remembered Wednesday. “That’s how small they were.”

Patrick fully recovered, at least physically. But guilt weighed on him throughout childhood as he enjoyed an active life while his brother remained in a wheelchair. Phillip has spastic quadriplegia cerebral palsy and still requires 24-hour care.

Michelle took care of him until her own health problems left her so frail that she needed a wheelchair, too, for a while. A rare form of anemia hospitalized her eight times in a single year.

Steve Conrad, a computer programmer, retired four years ago to become a full-time caregiver for his wife and son.

“Financially, it’s been hard,” Steve said. “But there was no choice. For a while I worked nights so I could be here during the day to take care of them. But I was burning the candles at both ends and just couldn’t keep doing it.”

On a limited income, the family fell behind on the electric bill last summer and asked the Salvation Army for help to keep the lights and air conditioning on.

“It’s very humbling,” Steve said. But the case manager “was so nice, she wouldn’t let us feel bad.”

With treatment, Michelle has partly recovered and no longer uses a wheelchair.

Despite their burdens, the Conrads recently agreed to temporarily take care of two children, ages 1 and 4, for a family friend who was facing homelessness.

“We can still help, even though we sometimes need help ourselves,” Michelle said. “We can give what we still have to give, which is love.”

Meanwhile, Patrick’s wheelchair has several broken parts, and the electric motor seems to be burning out. Medicaid will pay half the cost for a new chair, but the family set up a GoFundMe account to raise the other $30,000.

“We’re people of faith,” Michelle said. “We tell people, ‘You’ll see what God will do.’”

Or donate online at salarmytulsa.org.

Michelle Conrad kisses her son Phillip on the head as she and his twin brother, Patrick, help him put on his coat on Wednesday, Dec. 11, 2019.

Phillip Conrad smiles after taking a walk with his brother Patrick on Wednesday. MIKE SIMONS/Tulsa World