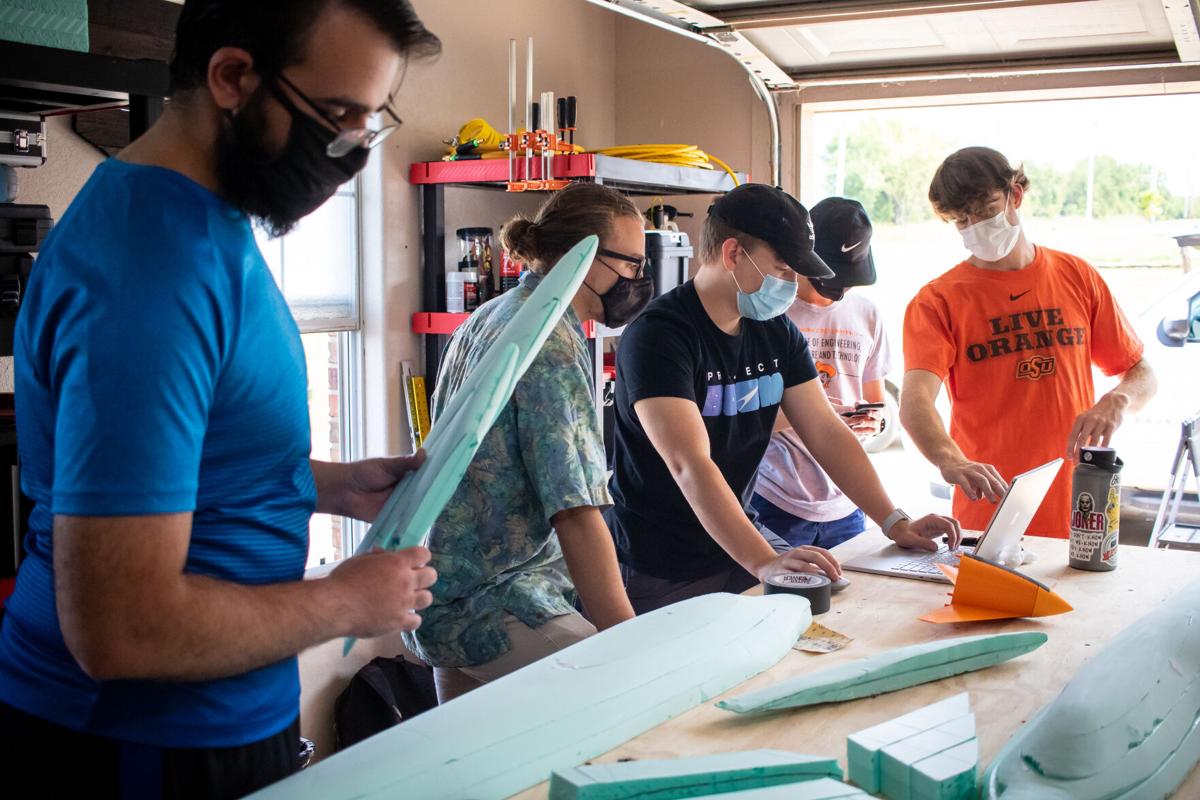 Colin Watson, Newton Quach, Johnathan Burgess, Skyler Jacob and Abdalrahman Mansy work on a prototype on Saturday in Stillwater. Watson is the founder and leader of Project Boom, which includes students from dozens of universities from around the world. 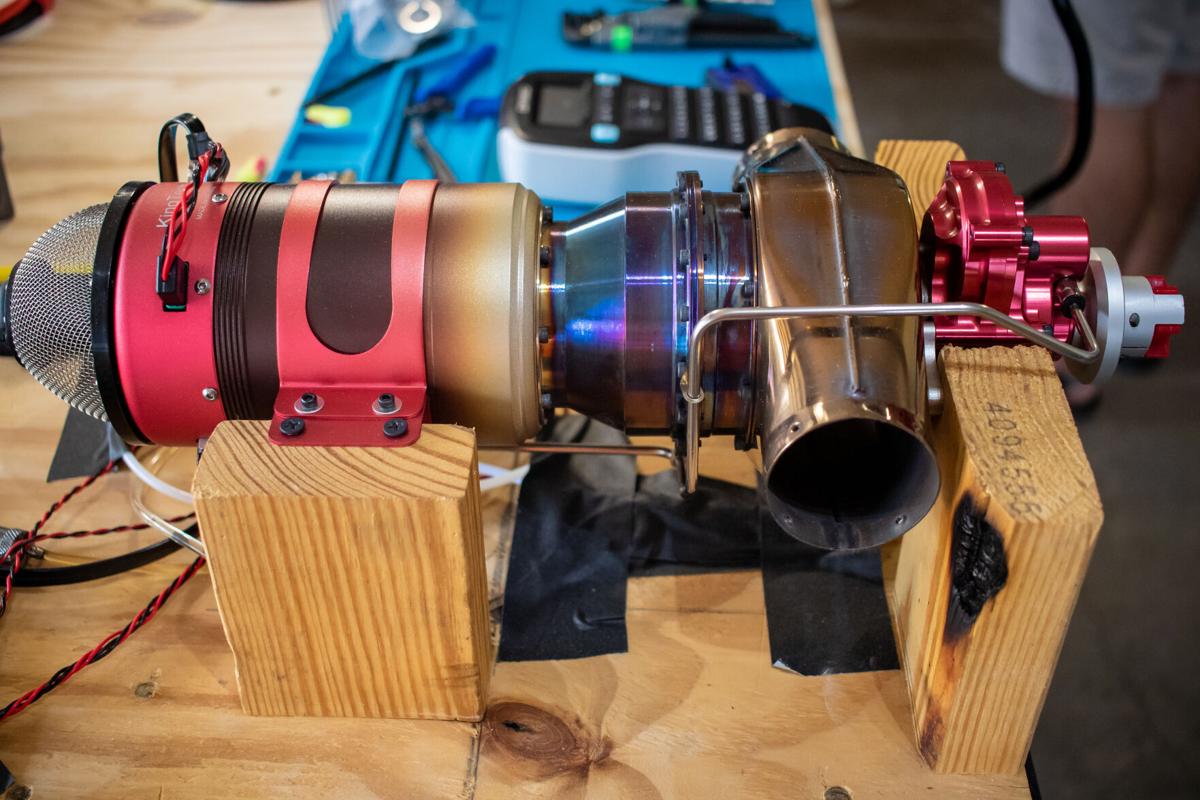 A prototype engine for Project Boom is shown. 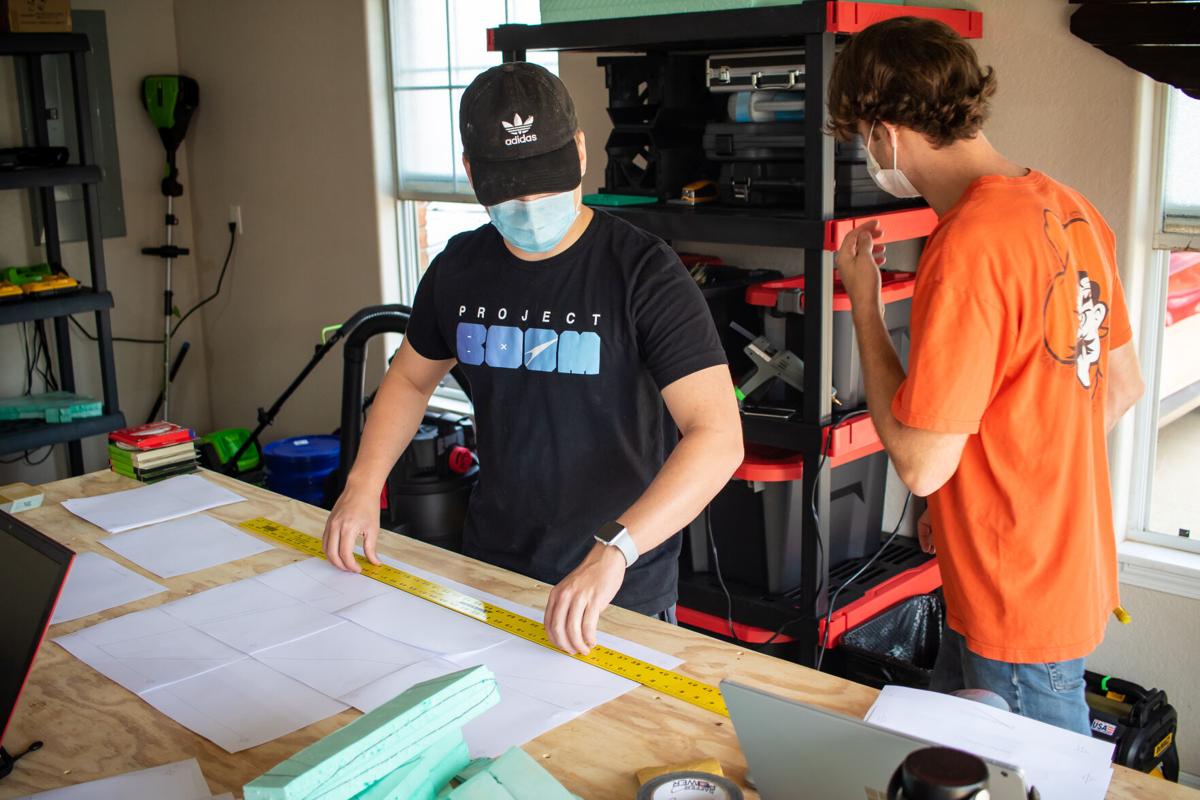 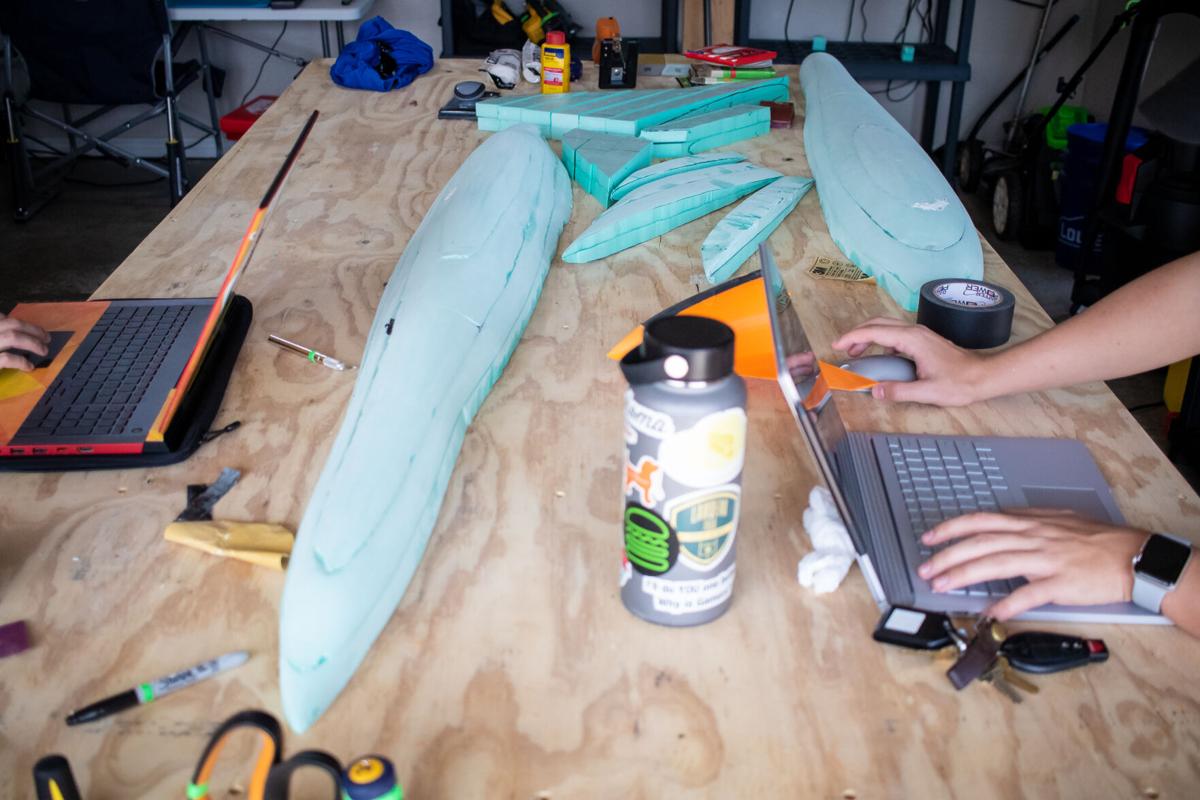 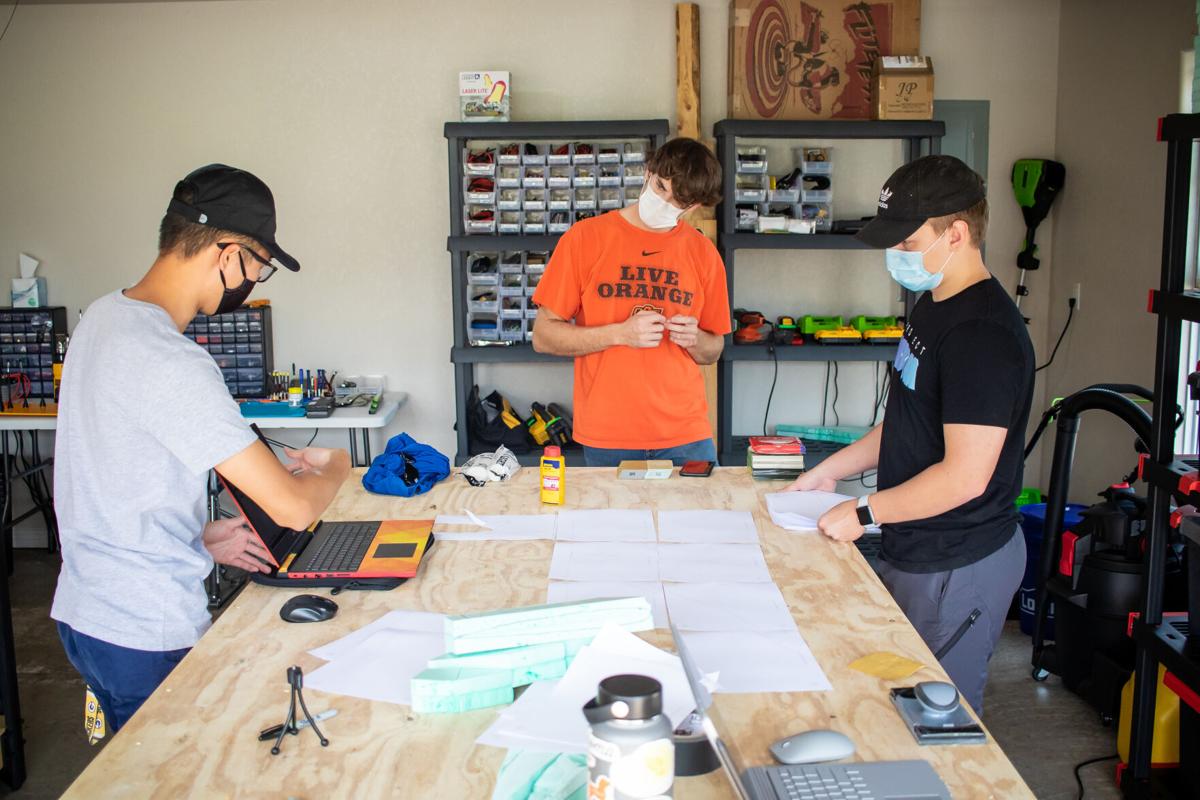 An aerospace engineering freshman at the University of Oklahoma last spring, Colin Watson couldn’t find a summer internship, no doubt partly because COVID-19 was keeping a lot of companies from hiring anybody. But frankly, freshmen don’t get a lot of internships in his line of work anyway.

It might not have been so bad, if not for the pandemic. But thanks to the coronavirus, Watson was facing three long months of social distancing back home in Broken Arrow.

“I could either get really good at Fortnite,” he said of the popular video game, “or I could find something constructive to do that didn’t involve being around a lot of people.”

He went googling for an idea and came across a project called Operation Space, which involved about 40 college students from all across the United States and Canada.

Led by a 19-year-old from the University of North Carolina, the group designed and built its own rocket. And in June 2019, they tried to launch it into space.

About half-way up, seconds after a second-stage rocket ignited, the vehicle spiraled out of control and disintegrated. But Operation Space still set a new world-record altitude for a student-built rocket, and the effort attracted media attention from all around the world.

“But I didn’t want to do another rocket,” he says. “They had already done that.”

Maybe he could build the world’s first remote-control aircraft to fly across the Atlantic?

It turns out somebody already did that way back in 2003, when Watson was just 3 years old.

Another idea occurred to him: The first student-designed unmanned aircraft to break the sound barrier.

Cole Replogle, a friend who recently graduated from Oklahoma State University and is now pursuing a Ph.D. from Cambridge, agreed to become a co-founder of the project and helped Watson make some preliminary calculations.

“Our initial analysis said it’s going to be very, very hard, but it is possible,” Watson remembers. “So it’s that perfect balance, because that’s exactly what we wanted. We wanted to challenge ourselves as students.”

Recruiting a few more friends, some at OU and others at OSU, Watson and his small team worked on a preliminary design for several weeks in the early summer. But when the workload began to grow too heavy, he posted a note online June 30 to see if any other college students would want to join the effort.

Project Boom was just getting started.

‘There are no rules’

The engineering might turn out to be the easy part.

After vetting the volunteers who emailed him, Watson’s team grew to more than 100 students representing more than 70 universities across at least 10 different countries and 15 time zones.

Organizing such a gigantic effort has become one of the most innovative parts of the project. A sort of executive committee, including Watson and some of the original team members, oversees the organization. When a specific task needs to be done, the committee uses an online portal to request “bids,” describing exactly what the work will involve and when it will need to be finished.

From there, groups of students all over the world submit their own “bids” to propose various ideas and designs, while the executive committee ultimately decides which one to use.

While an aerospace conglomerate might need years to do it, Watson’s decentralized team has designed a highly sophisticated drone in a matter of months and on a budget of less than $2,000.

“A large firm would have to do things in a very specific way,” Watson says. “But for us, being students, there are no rules. We can do this however we can do it and however we want to. That’s a huge advantage for us.”

The jet’s design includes a long, narrow fuselage with highly swept wings and a “tail” at the front, known in aerospace as a “canard.”

A full-scale prototype is currently under construction in a Stillwater garage, where students are spending their weekends shaping it out of foam blocks they got from Lowe’s. It could be ready to fly by the end of this month, but it won’t go much faster than 150 mph.

The early test flights, however, will help the team revise its design. They hope to fly a second prototype in summer 2021, when the goal will be to reach 500 or even 600 mph, which isn’t quite enough to break the sound barrier but would set a new record for a student-built aircraft, Watson says.

The final version, to be constructed out of carbon fiber and reach speeds in excess of 760 mph, will fly during winter break 2021, if all goes according to plan. The team has already talked to federal officials to identify potential test sites, including military bases and the famous White Sands missile range in New Mexico.

The flight will be completely autonomous, following a pre-programmed course without any input from the ground. It will land by flying itself into a large net at 80 mph, itself a significant design challenge considering the strength the aircraft will need to survive such an impact.

Later this month, to help pay for building costs, Project Boom will launch a $20,000 crowd-funding campaign at theprojectboom.org.

“We’re trying to do some things that have never been done before, certainly not by students,” Watson says. “I’m sure we’re going to make some mistakes and have to make some changes, but that’s part of the process. When we’re finished, hopefully we’ll be the first students to ever break the sound barrier with a fixed-wing aircraft.”

After that, Watson might not have such a hard time finding an internship.

Colin Watson, Newton Quach, Johnathan Burgess, Skyler Jacob and Abdalrahman Mansy work on a prototype on Saturday in Stillwater. Watson is the founder and leader of Project Boom, which includes students from dozens of universities from around the world.

A prototype engine for Project Boom is shown.