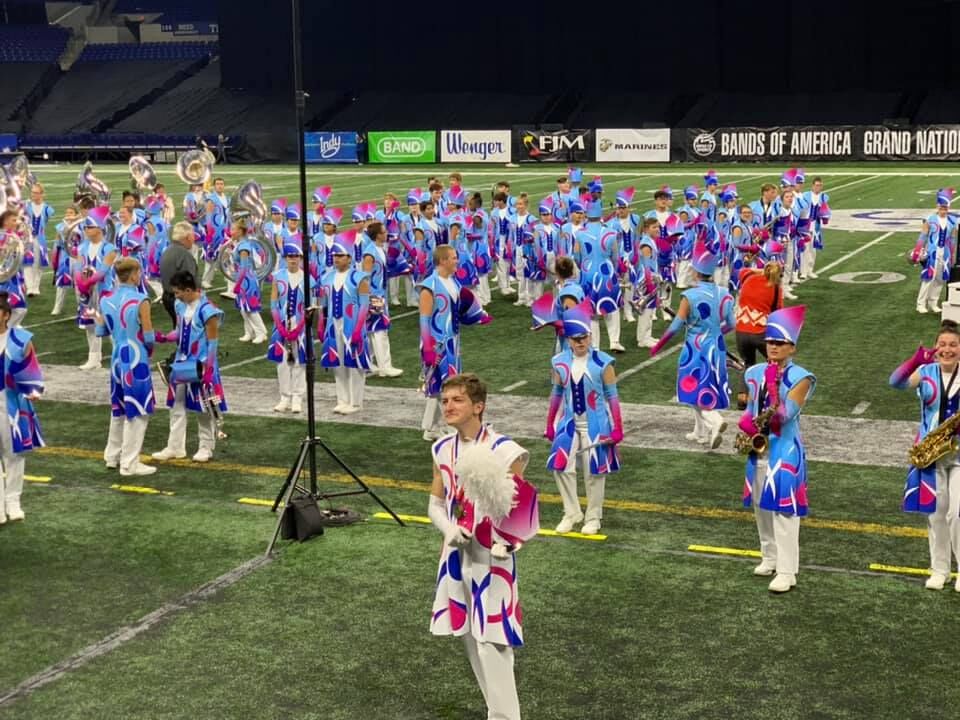 Members of the Pride of Broken Arrow marching band are pictured at Lucas Oil Stadium in Indianapolis on Saturday, when they won the Bands of America Grand National Championship. 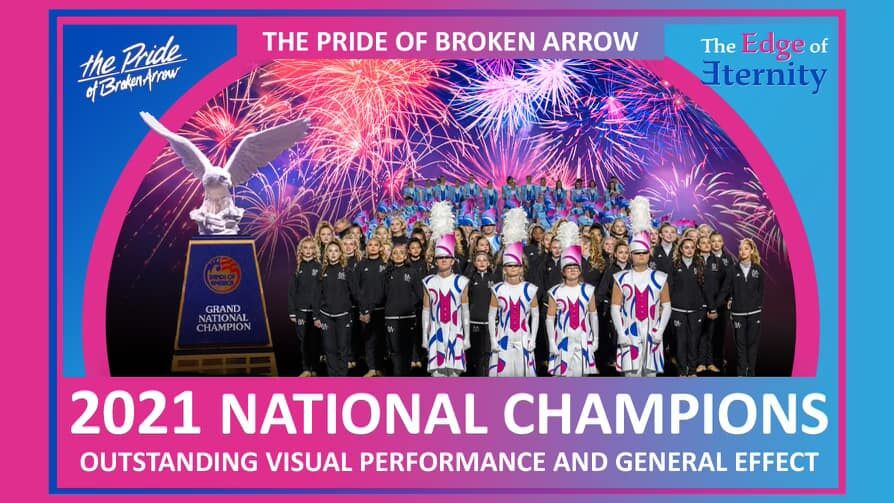 This image was posted to Broken Arrow Bands Facebook page after the band won Bands of America Grand National Championships on Saturday night.

The Pride of Broken Arrow on Saturday night won the Bands of America Grand National Championships in Indianapolis.

The band won in both outstanding visual performance and outstanding general effect at the event, held at Lucas Oil Stadium.

The band’s overall score was 98.250, besting 12 other high school bands from around the country. Two different bands from Indiana finished second and third.

“Music for All’s Bands of America Grand National Championships, presented by Yamaha, is America’s premiere national marching band event,” according to its website.

“The Grand National Championships is a three-day, preliminary, semi-finals, and finals event. A minimum of 30 bands advanced to the semi-finals competition. The top 12 scoring bands from semi-finals advanced to Saturday evening’s finals.”

No other Oklahoma schools placed in the top 12 finalists this year, according to the Bands of America website.

For additional videos and photos of the BA band’s win, go to its Facebook page at www.facebook.com/babands.

A passerby discovered the body and notified authorities in Mayes County. GRDA police recovered the remains of an unidentified female from below the east spillway gates near Disney.

Members of the Pride of Broken Arrow marching band are pictured at Lucas Oil Stadium in Indianapolis on Saturday, when they won the Bands of America Grand National Championship.

This image was posted to Broken Arrow Bands Facebook page after the band won Bands of America Grand National Championships on Saturday night.