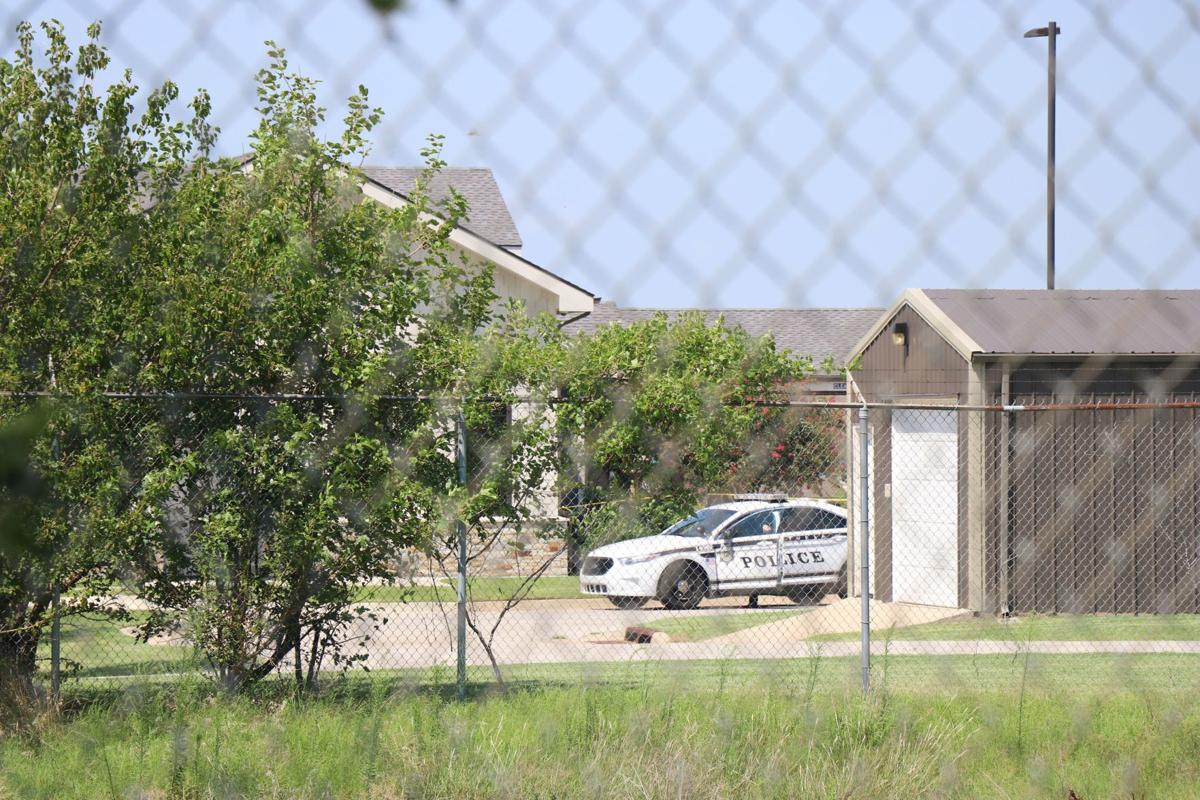 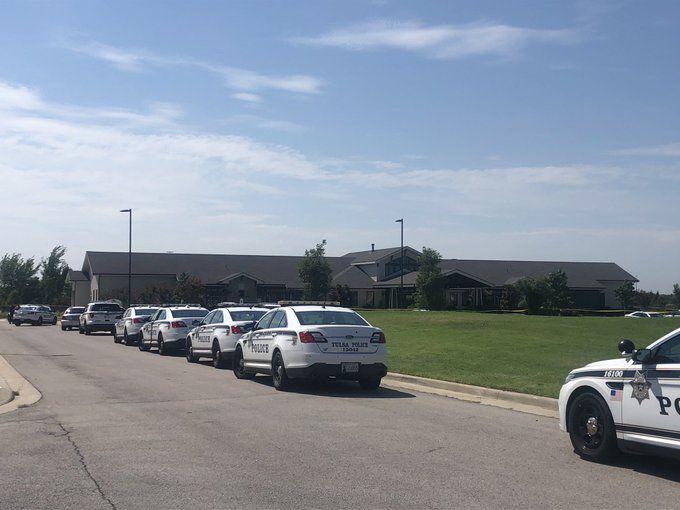 Tulsa police vehicles are pictured at the scene of a fatal officer-involved shooting near North Harvard Avenue and Apache Street on Saturday afternoon. KELSY SCHLOTTHAUER/Tulsa World

One man is dead after an officer-involved shooting in north Tulsa on Saturday afternoon.

Police responded to a report of a man trying to scale the fence of a secure transitional living facility about 2:10 p.m. near Harvard Avenue and Apache Street. They found the man down the street wielding a knife, Tulsa Police Capt. Richard Meulenberg said.

A crisis intervention team member attempted to keep a dialogue open with the man, but at some point the man began cutting himself with the knife, Meulenberg said.

Officers then fired at least one pepperball at him in an attempt to stop his self-harm.

“We can’t just watch someone cut themselves without taking action,” Meulenberg said.

The self-harm ceased, but he “aggressively closed the distance between where he was and the officers,” and at least one shot at him, Meulenberg said.

Meulenberg said “several” officers were on scene, but investigators have not yet determined how many fired at the man.

They also don’t yet know how many times the man was struck. He was taken to a hospital after officers performed first aid, and he was pronounced dead. Officers recovered a knife from the scene.

Police were able to identity the man, 25, but they have not yet located his next-of-kin.

His death is the 49th homicide in Tulsa this year — putting the total on track to match 2017’s almost three-decade record-breaking total of 83.

“Every death is tragic,” Meulenberg said. “No matter how it happens, or the circumstances. In this situation, we’re happy that the officers came out without any injuries themselves. It’s terrible that someone loses their life, but we also have to be aware of the dangers that he posed to officers by wielding a knife and coming at them with it.”

Once it’s determined which officers fired their weapons, they will be put on leave throughout the investigation, Meulenberg said.

The Tulsa County District Attorney’s Office will determine whether the shooting was justified.

Featured gallery: Throwback Tulsa: A look back at riding the bus in Tulsa

Tulsa police vehicles are pictured at the scene of a fatal officer-involved shooting near North Harvard Avenue and Apache Street on Saturday afternoon. KELSY SCHLOTTHAUER/Tulsa World