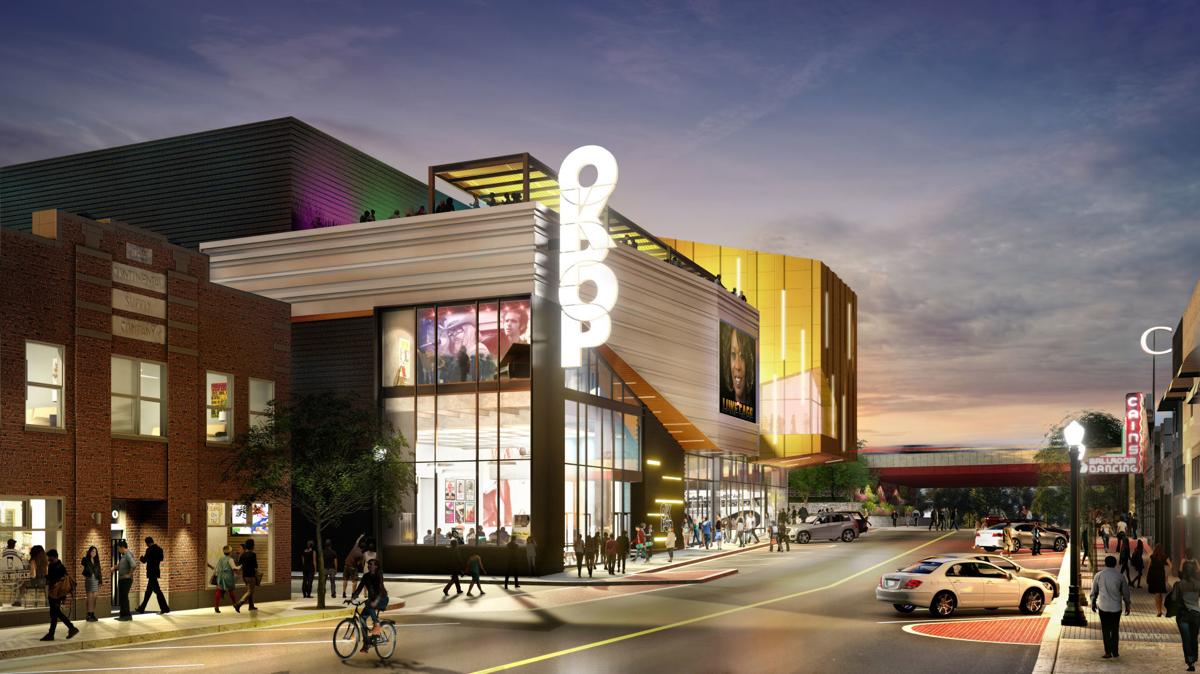 After it opens in late 2021, the Oklahoma Museum of Popular Culture is expected to attract 100,000 visitors a year to the downtown Tulsa Arts District. 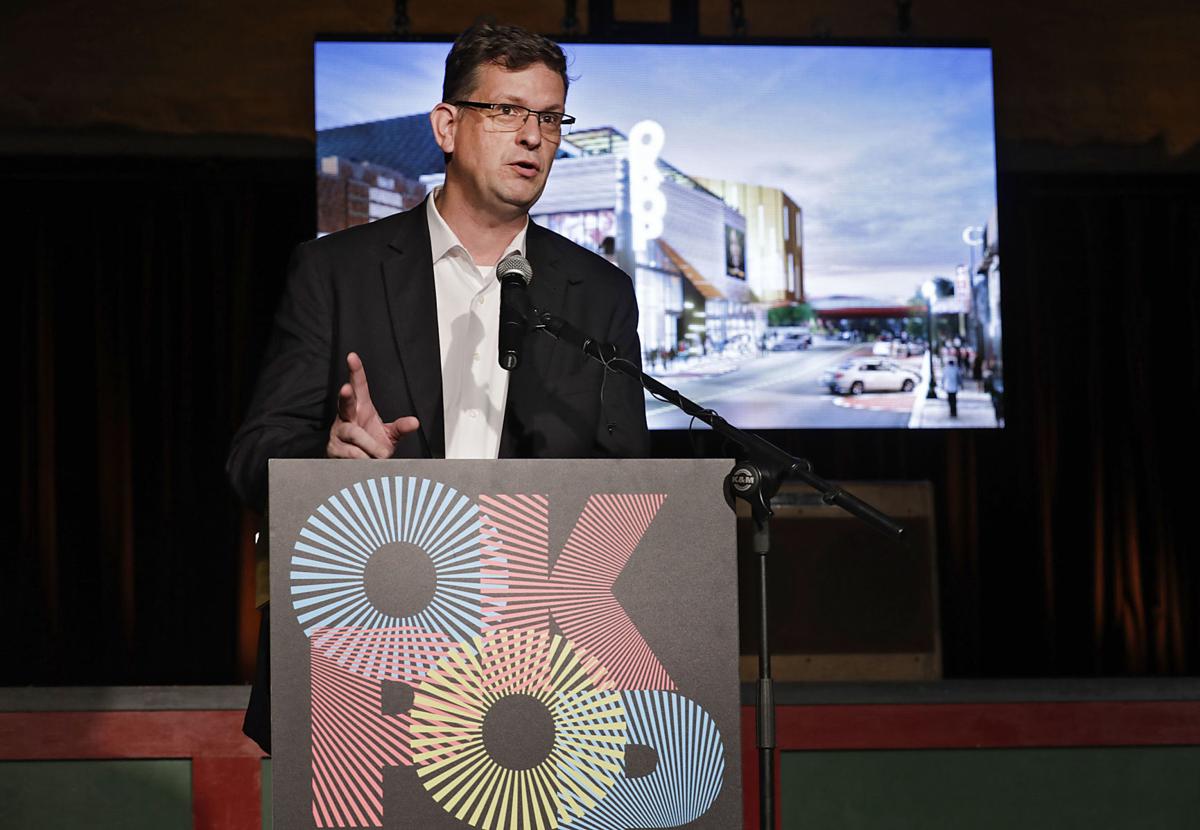 Jeff Moore of OKPOP speaks during a rendering reveal of OKPOP, a museum that will be constructed in Tulsa’s Arts District, at Cain’s Ballroom in July 2018.

After it opens in late 2021, the Oklahoma Museum of Popular Culture is expected to attract 100,000 visitors a year to the downtown Tulsa Arts District.

Jeff Moore of OKPOP speaks during a rendering reveal of OKPOP, a museum that will be constructed in Tulsa’s Arts District, at Cain’s Ballroom in July 2018.

In July 2018, when Tulsa officials called a news conference to unveil an architectural rendering of the planned Oklahoma Museum of Popular Culture, they set out 150 chairs for the audience.

Every chair was taken, and the overflowing crowd stretched to the door.

“I think that’s really exciting to see this kind of turnout,” said Jeff Moore, the executive director of OKPOP, “just for a drawing.”

Wait till people get to see the museum itself.

It will break ground next month on the north side of downtown Tulsa and open, if all goes according to schedule, by the end of 2021, when officials hope it will instantly become one of the city’s biggest attractions.

But how will it compare to other local tourist magnets?

OKPOP expects about 100,000 visitors a year, according to previous reports. That’s about one-fourth the crowd that the Drillers bring to ONEOK Field every year and a little more than one-third of the number of visitors who go to the Oklahoma Aquarium in Jenks.

The Tulsa Zoo surpassed 700,000 visitors for the first time a couple of years ago. And the Philbrook Museum of Art pulls about 160,000 visitors a year.

Then there’s the big fish of Tulsa tourism, the BOK Center, which attracts more than 700,000 people a year with about 40% coming from outside the metropolitan area, according to previous reports in the Tulsa World. Count visits to the Cox Business Center and the Central Library, and the Arena District as a whole lures 1.8 million people a year.

In its first year, the Gathering Place drew more than 2.5 million visitors. In the long run, it’s anticipating more than 1 million visitors a year. And so far, it looks like that estimate might be very conservative.

On its own, OKPOP might not seem like such a big deal in comparison. But the pop-culture museum was never intended to be on its own.

The historic Cain’s Ballroom will sit across the street. The Brady Theater will stand a few blocks south. And the Guthrie Green will lie within a short walk, with some of the city’s most popular restaurants and trendiest night spots in between. OKPOP will be adding to an already vibrant neighborhood, solidifying the north side of downtown as Tulsa’s premier “place to be” and making the Arts District a true rival to Oklahoma City’s Bricktown and Dallas’ West End.

The museum will pump $11 million a year into the local economy, taking barely more than two years to recoup the $25 million investment that taxpayers are making through a bond issue, officials say. But OKPOP’s true value for Tulsa will be incalculable.

You can’t put a price on cool.