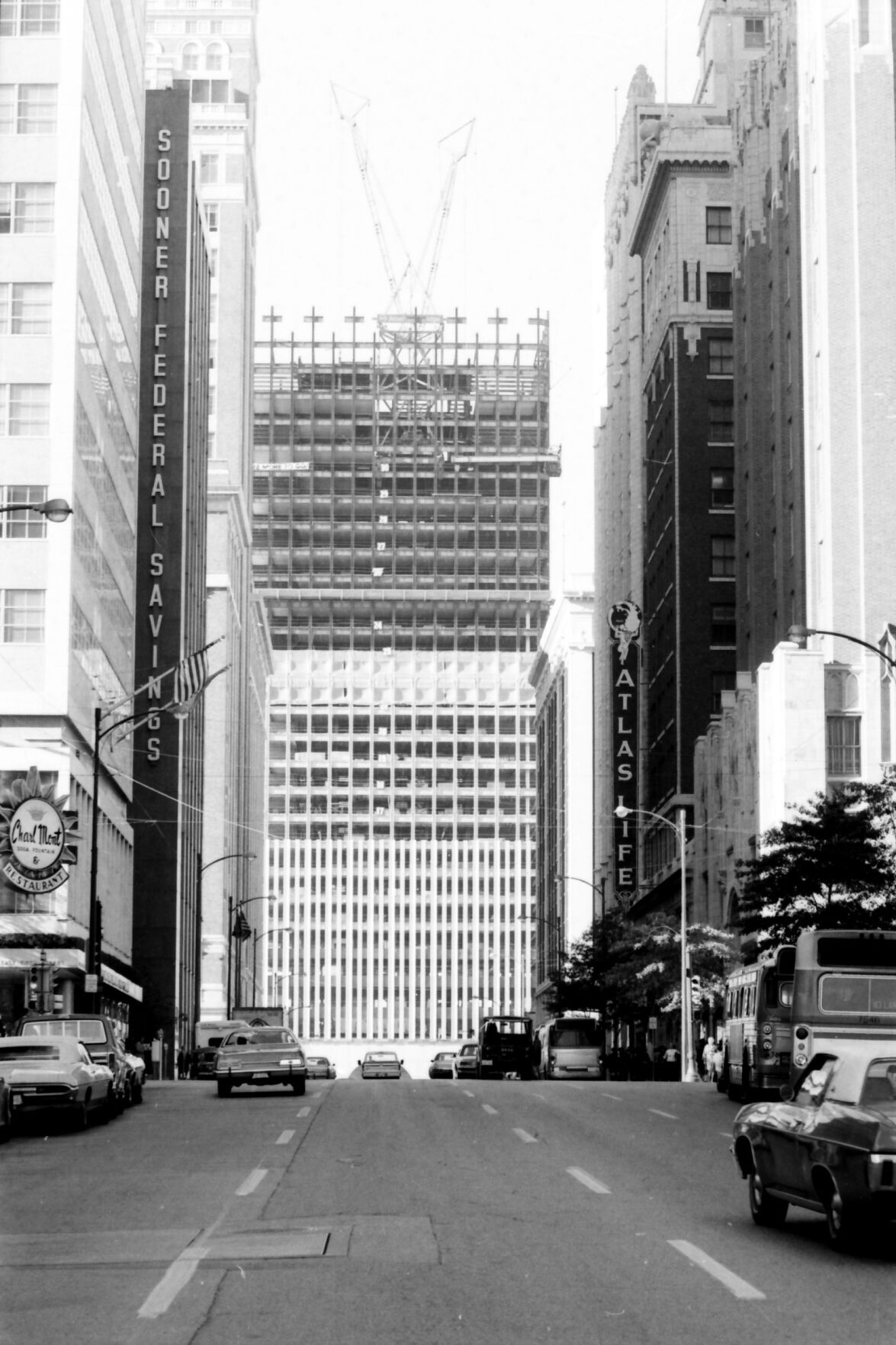 Construction continues on the Bank of Oklahoma tower as seen looking north on Boston Avenue in October 1975, during Tulsa’s booming years. 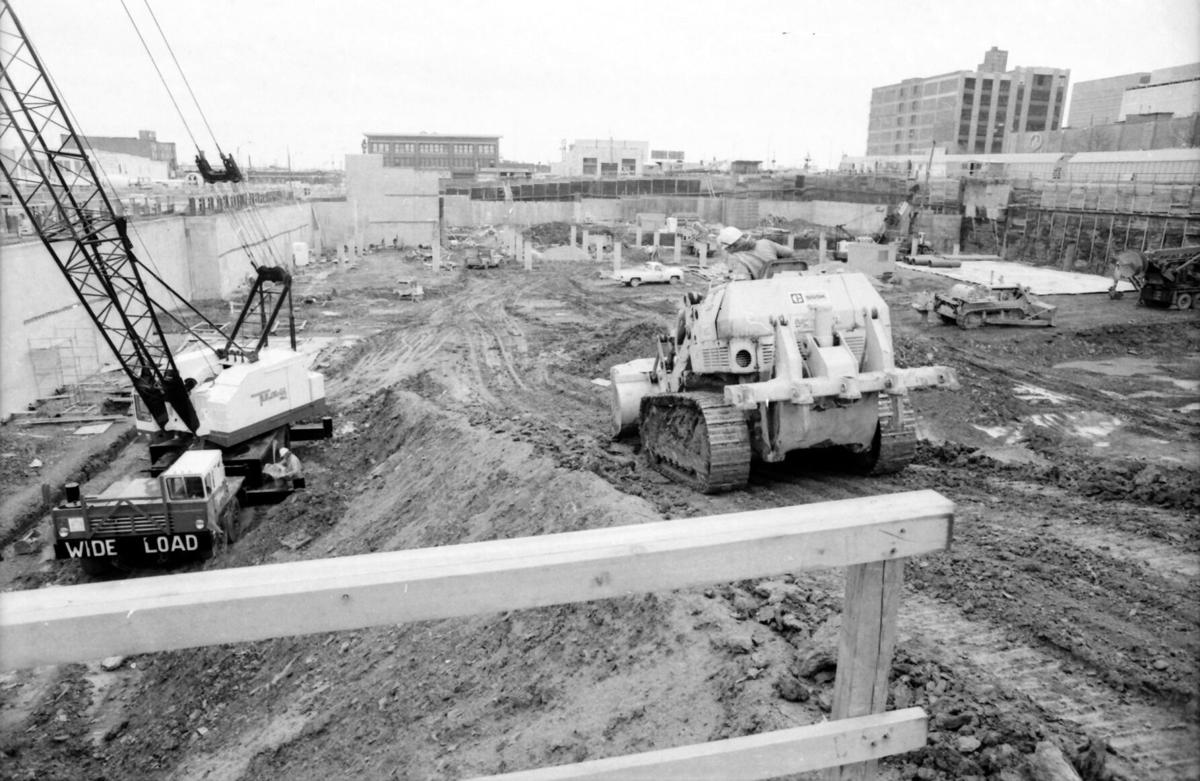 The Williams Center and Bank of Oklahoma tower were under construction in April 1975, during Tulsa's boom years.

A 1,150-foot marvel of engineering, the design includes 72 steel suspension cables hanging from a pair of rust-colored arches, carrying four lanes of traffic across Lake Austin with no support structure ever touching the water below.

At the time, Austin was a small city. Smaller than Tulsa. And not nearly as well-off or as well-known. But the bridge was a sign of confidence, a $10 million investment to open a direct route to a sparsely populated peninsula and pave the way for new housing developments.

That same year, 1982, the New York Times ran a headline: “In Thriving Tulsa, Few Workers’ Hands are Idle.” Oil hit a record $35 a barrel. And the skyline was dotted with construction cranes. Nobody around here would have turned to Austin for advice on economic development.

Then oil prices fell over a cliff.

By 1986, Oklahoma crude was selling for less than $10 a barrel and the state had lost more than 100,000 jobs. Tulsa never actually lost population, but the city saw practically no growth for nine consecutive years, according to U.S. Census data.

Austin, meanwhile, continued growing at 3% to 4% per year and its population caught up to Tulsa’s sometime around mid-1985. By the end of the decade, the capital of Texas was nearly 100,000 people bigger than the former Oil Capital of the World.

Tulsa basically stood still for a decade and has never caught up.

The Regional Chamber of Commerce recently conducted a nationwide search for a new senior vice president of economic development. Maybe it’s just a coincidence that the search ended in Austin, where 38-year-old Arthur Jackson helped the city get the $1 billion Tesla factory that Tulsa wanted so badly.

He spent five years with the Austin Chamber of Commerce, most recently as senior director of economic development, where he marketed the city to Merck, Apple, Pfizer and other big-time investors.

“I’m going to work my butt off for the city of Tulsa and the region,” he told the Tulsa World. “Our team is going to do all we can do to bring in jobs and develop the current workforce.”

Jackson started work last week. His biggest challenge might be helping Tulsa dig out of a hole it fell into while he was still in diapers.

Witnesses told officers Feathers’ vehicle slowly veered left across the center line and into oncoming traffic before striking a vehicle in the far lane.

A Broken Arrow Second Amendment activist filed a federal lawsuit against the city and two police officers alleging he was subject to civil rights violations during his arrest at a park in 2019, though he was not charged with a crime.

Deputies responded to the eastbound lanes of U.S. 412 near Adams Road about 11:20 p.m. Tuesday to assist the Sand Springs Police Department with a crash that revealed three shooting victims.

Construction continues on the Bank of Oklahoma tower as seen looking north on Boston Avenue in October 1975, during Tulsa’s booming years.

The Williams Center and Bank of Oklahoma tower were under construction in April 1975, during Tulsa's boom years.