The first Spartan trailer prototype sits in front of the Tulsa factory in 1945 before heading to California, where it would remain for the next 76 years. 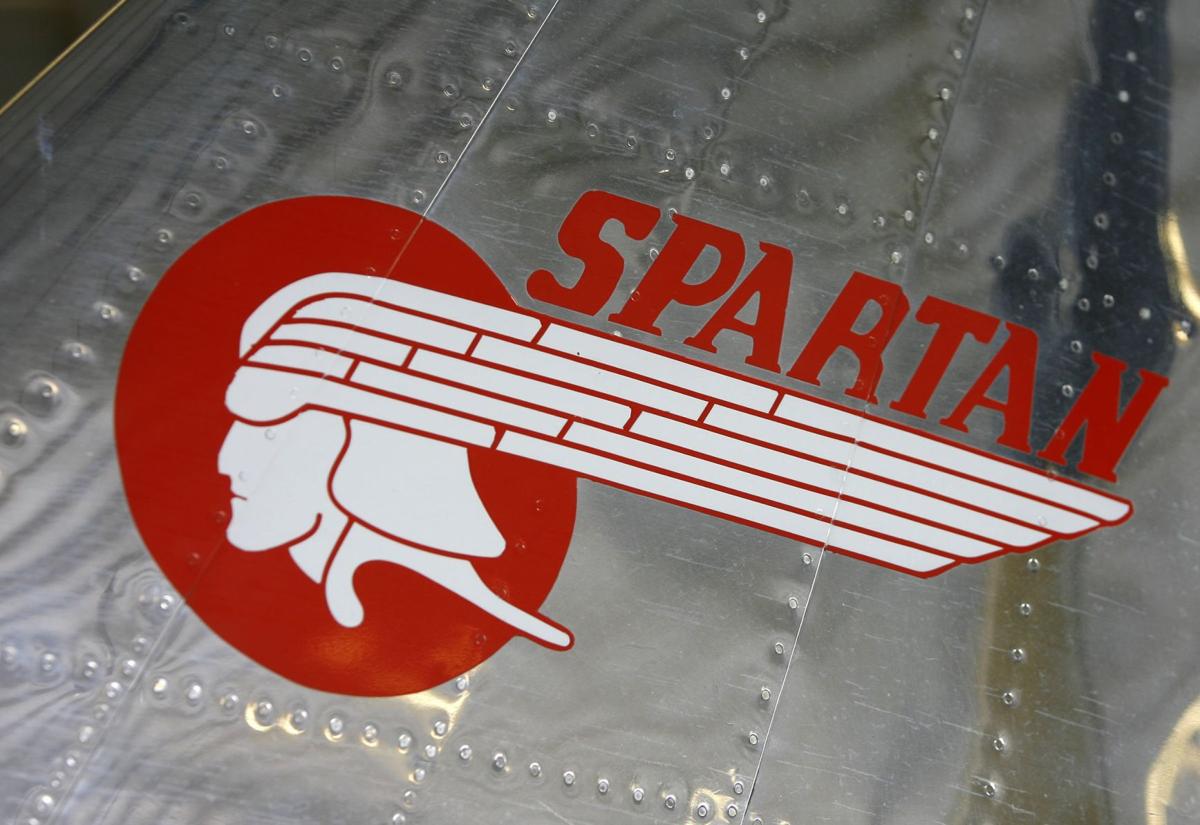 A Spartan logo adorns the tail of a Spartan 12W Executive aircraft. 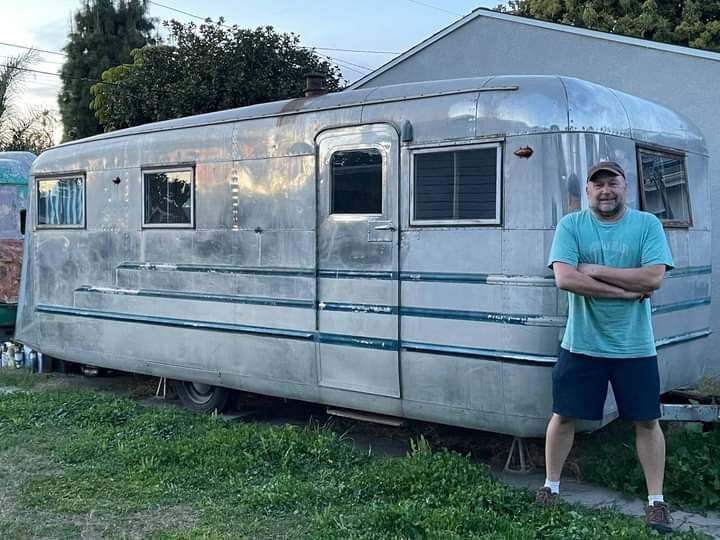 Clint Cox, an enthusiast from Maine who is organizing a Spartan Trailer Rally in Tulsa this week, stands next to the company’s original 1945 prototype near the owner’s home in Long Beach, California.

In November 1945, just a couple of months after the end of World War II, oil tycoon J. Paul Getty took a shiny, new Spartan trailer from Tulsa to California and handed the keys to a homeless veteran on the streets of Los Angeles.

It was a good deed, but also good publicity. The L.A. Times and other newspapers gave it prominent coverage, putting a national spotlight on Getty’s latest business venture.

After buying Spartan Aircraft Co. from William Skelly, Getty had moved to Tulsa during the war to personally manage the factory and increase production for the military. But now that the war was over, aircraft orders were plummeting and Getty decided to revamp the assembly line to build trailer homes.

Spartan trailers used aircraft materials and construction methods to lower their weight, making them light enough to tow across the country on vacation but sturdy enough to live in year-round. The unit Getty took to Los Angeles, however, wasn’t just any trailer. It was Prototype No. 1, the very first Spartan trailer ever built.

Over the years, it became a Holy Grail for Spartan enthusiasts like Andrew Smith. As a student at the University of California-Santa Cruz in the 1990s, Smith lived in a mobile-home park near campus and became fascinated with the older trailers that were built like aircraft, with riveted aluminum skins.

Other manufacturers had used aluminum as well, but Spartan was the only real aircraft company that had ever built trailers, which for Smith gave them a legitimacy that other brands lacked.

“I fell in love with these things and I started collecting anything I could that was related with Spartan,” Smith says. “Believe it or not, even though I’m in Los Angeles, I feel a kind of connection with Tulsa.”

Smith found a photo of Prototype No. 1 in an old copy of an obscure trade magazine from February 1958, when the trailer was sitting on a sales lot in California’s Central Valley. After that, it disappeared until the early 2000s, when an enthusiast in Sacramento claimed to have found it on a dealership’s back lot.

Now the prototype is coming home to Tulsa for the first time in 76 years.

Smith will show it off Saturday during a Spartan Trailer Rally at the Tulsa Air and Space Museum, which will also have a vintage B-17 bomber on display.

The Spartan plant closed in 1962 after losing sales to less expensive brands. But the name lives on with Spartan College of Aeronautics and Technology. And, of course, the trailers are still highly sought after.

“They’re built just like aircraft without wings,” Smith says. “I consider them the Cadillacs of the American travel trailer.”

Women protest the world's 'silence' over crisis in Afghanistan

Women protest the world's 'silence' over crisis in Afghanistan

The first Spartan trailer prototype sits in front of the Tulsa factory in 1945 before heading to California, where it would remain for the next 76 years.

A Spartan logo adorns the tail of a Spartan 12W Executive aircraft.

Clint Cox, an enthusiast from Maine who is organizing a Spartan Trailer Rally in Tulsa this week, stands next to the company’s original 1945 prototype near the owner’s home in Long Beach, California.