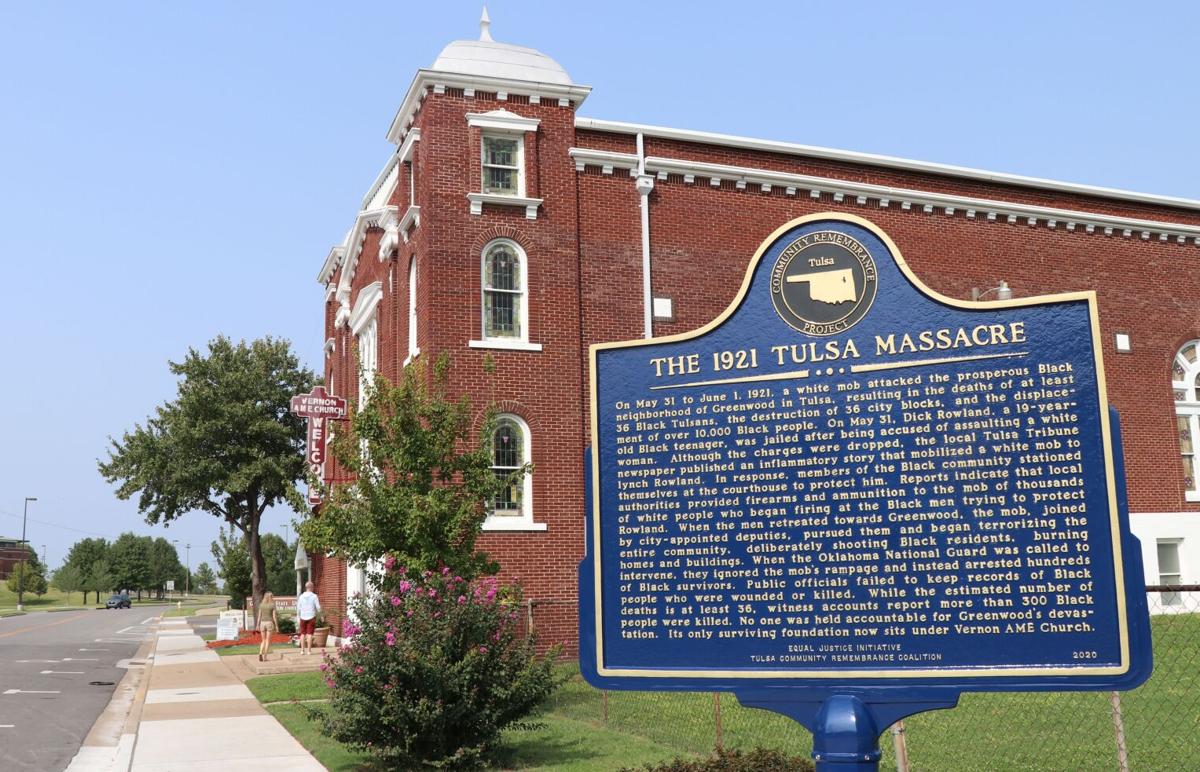 A historical marker was dedicated outside Vernon AME Church in Tulsa’s Greenwood neighborhood on Saturday. 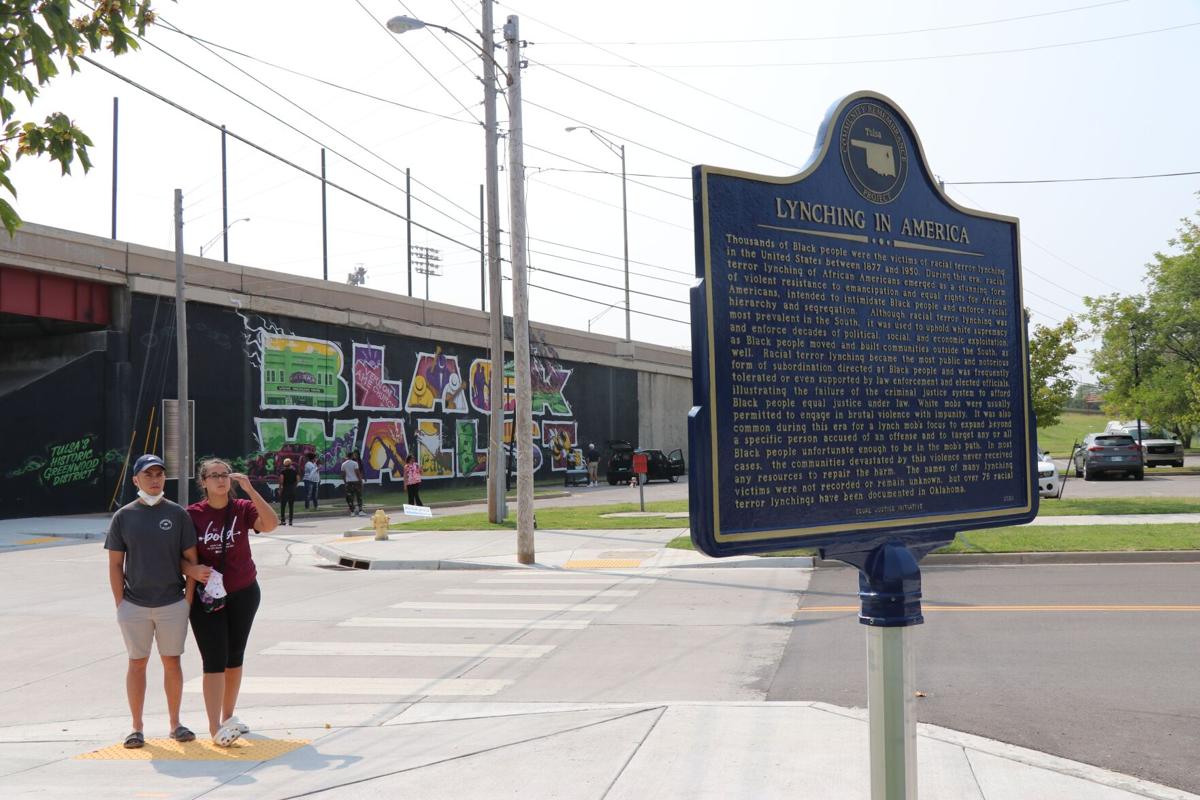 Tulsa community leaders unveiled a historical marker outside Vernon AME Church on Saturday, marking the first tangible beginnings of a memorial that will recognize victims of the 1921 Tulsa Race Massacre.

The large, blue plaque with gold lettering stands on the corner of North Greenwood Avenue and East Cameron Street in the Greenwood District, summarizing the events of the massacre and providing the historical context of racial terror lynchings in America.

“The historical marker represents the first destination point on Greenwood that speaks to the true unspeakable tragedy that occurred almost 100 years ago,” Crutcher said in a message to the Tulsa World. “I feel like now people from all over the world will be able to walk down Greenwood and learn about the significance of the sacred land that they have embarked upon.”

Several residents and tourists had already stopped by to see the sign Saturday afternoon.

The fundraising campaign for the memorial, which will be built on the plot of land next to the historic church and behind the sign, is ongoing.

The coalition is working with the Equal Justice Initiative in Montgomery, Alabama, to complete the outdoor memorial. Organizers announced the initiative in May 2019, and they expect the $3 million memorial to be completed by April 2021 and ready for a grand opening by the centennial anniversary of the massacre in May 2021.

Renderings of the memorial appear similar to a park with landscaping, walkways and sittings areas centered around bronze sculptures, and a brick wall that “will symbolize the resilience, strength, and spirit that allowed our ancestors to rebuild their community within four years after the Massacre with the help of neighboring Black townships in Oklahoma,” according to the project’s website.

In announcing the plans for the memorial in May 2019, coalition co-chair Rev. Robert Turner of Vernon AME Church said the memorial should serve as an informative, reflective experience for visitors.

“This is a grave site,” he said then. “A lot of people who were killed never had a proper burial. This is really a human tragedy, and I hope the people who come to see this come with respect for the people who suffered.”

Other elements of the Community Remembrance Project include ongoing soil collection at known sites where victims were lynched and a soon-to-be announced essay contest for Tulsa-area high school students.

For more on the Tulsa Community Remembrance Project or to donate to the memorial fund, visit blackwallstreetmemorial.com.

How many people were killed during the massacre?

Did a newspaper article at the time lead to the massacre?

Was a machine gun used during the massacre by the National Guard?

Did airplanes drop bombs during the massacre?

What happened to Sarah Page and Dick Rowland following the massacre?

Was anyone prosecuted for murder after the massacre?

A historical marker was dedicated outside Vernon AME Church in Tulsa’s Greenwood neighborhood on Saturday.