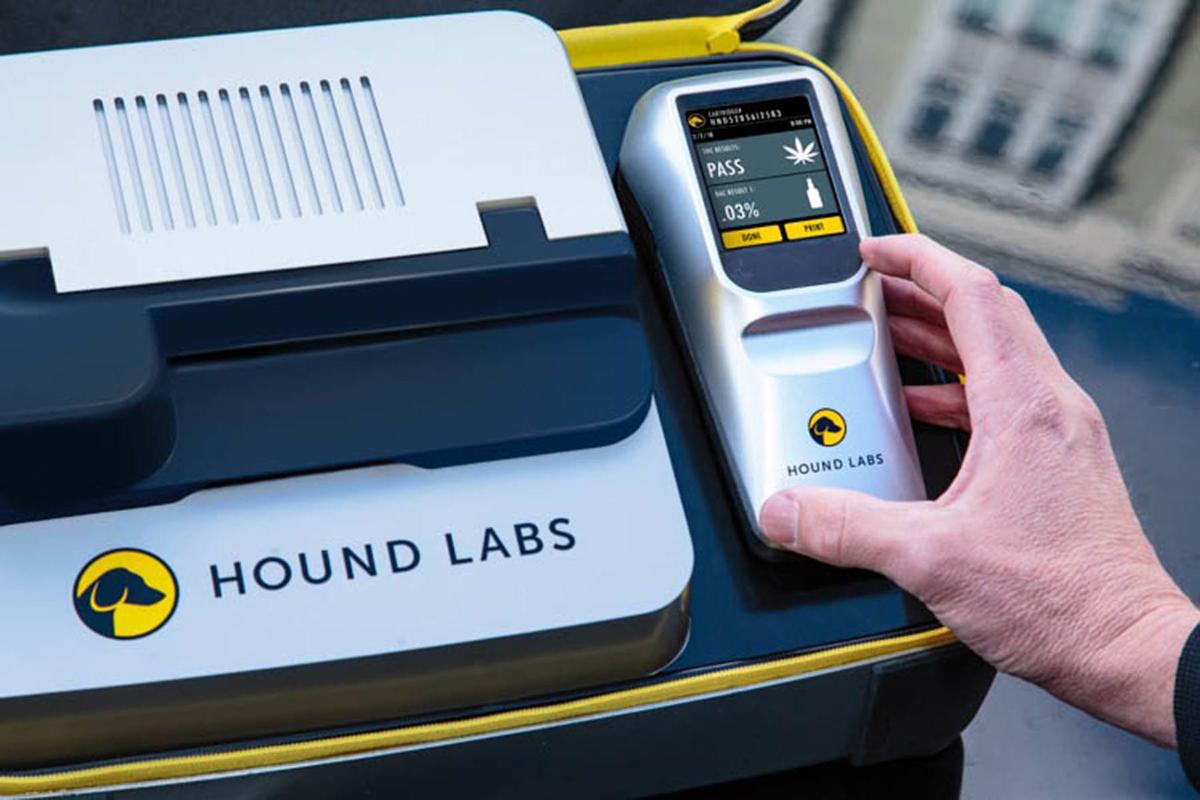 Hound Labs has created a breath test for THC to detect when a patient has smoked cannabis within a three-hour window. Courtesy 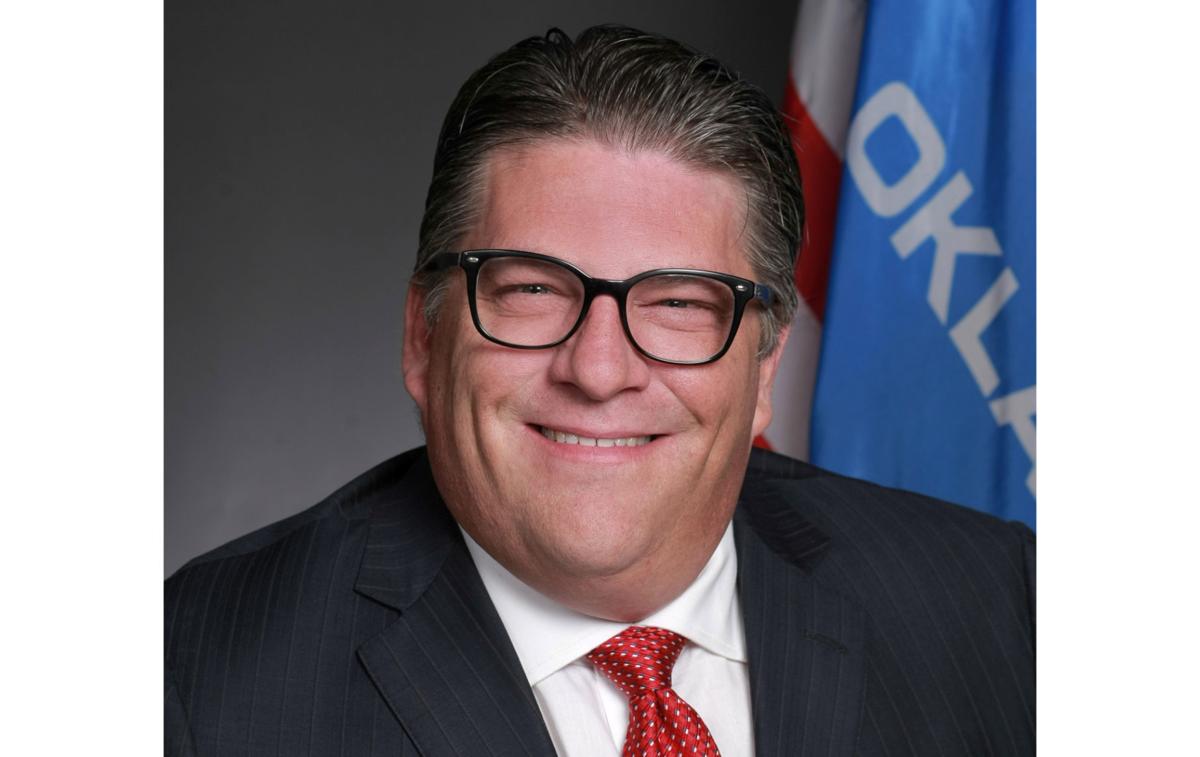 A bill that would dedicate $300,000 toward a THC breath test pilot program in Oklahoma was signed Thursday by Gov. Kevin Stitt.

The pilot program, pushed by Rep. Scott Fetgatter, R-Okmulgee, in House Bill 4161, would be used by state and local law enforcement to inform future policy. He said a positive result for THC in this testing would not be admissible court evidence if any cases should arise.

“This is not a tool we want to use to arrest more people and make more money,” Fetgatter said. “I’m trying to solve a problem, and the problem is we have potentially people who could go to jail because they had to take a blood test and the blood test showed that they were a marijuana user.”

The problem with current THC testing, Fetgatter and Hound Labs officials say, is a positive result could indicate recent cannabis use but also detect use from weeks prior. The reason is those tests seek out the metabolites THC leaves behind, and those can stay in the body for as long as two months in some smokers. Most detection thresholds in tests used by employers and by the courts are so low that patients report positive results even after abstaining from cannabis for weeks.

And none of those tests can get close to determining whether a marijuana user is actually impaired, Fetgatter said. Hound Labs has worked with researchers and determined that THC can be detected, with ultra-sensitive equipment, in the breath for up to three hours after a patient smokes marijuana, the window in which impairment is most likely.

Mike Lynn, an emergency room doctor who has also worked in law enforcement, said he founded Hound Labs as a way to establish a balance between safety and fairness.

Lynn said someone who drinks one beer is protected by the law: They may be stopped on the road and smell like alcohol, but the officer has a way to determine whether they’ve had too much. Medical marijuana patients can only be protected if a test is able to determine when someone has just consumed THC, and Lynn said the Hound Labs analyzer is the only test out there with enough sensitivity.

“I think we can get to some data, which is important for everybody,” Lynn said.

In the program proposed by Fetgatter, Oklahoma law enforcement including troopers, major metro police and rural deputies would get Hound Labs units hopefully at some point in 2021 after state officials are able to develop specific guidance. Motorists who are stopped by Hound Labs-equipped units on suspicion of impairment would have the option to take one of the breath tests. The current threshold of 1 picogram per liter is the dividing line between a “warning” result and a “pass” on the Hound Labs device, and it generally indicates whether someone has smoked marijuana within the past two hours.

Since legal marijuana patients began buying Oklahoma cannabis in late 2018, law enforcement officials have issued guidance for those getting behind the wheel. It has been recommended that patients wait three hours before driving because the more recent the THC consumption, the greater the likelihood of impairment.

The connection between THC detection and impairment is one aspect Lynn said Hound Labs will not be making with its research.

“Over time as (the THC breath test) is used ... all kinds of researchers will establish their own versions of limits, and others will set those standards,” Lynn said of a legal threshold of THC in the breath. “It shouldn’t be us.”

Hound Labs cannot say where it has other partnerships, only that private companies as well as government bodies have been working with the firm as it continues to collect data that can help inform policy and law.

“We have worked with multiple states who are interested,” Lynn said, “but Scott Fetgatter was really ahead of everybody else in terms of rallying his Legislature. He’s really been out front.”

Fetgatter said it was months ago that Hound Labs came up in talks with law enforcement leaders as well as energy industry leaders who were telling him “We’ve been looking for something like this.”

“I am very aggressive in that I’m trying to make our medical program the best medical program in the country,” Fetgatter said. “I’m tired of listening to ‘what does Colorado do or California or Oregon.’ I want people to say ‘What is Oklahoma doing? How are they getting it right?’ ”

The goal of the program, Fetgatter said, is not to get cannabis users in trouble. It’s to participate in front-lines research that could help in crafting a law that could eventually provide marijuana patients more protection.

“We should be able to gather the data and see if this program is worthy of putting some statute around,” he said.

Patients will want to know

• Current Oklahoma statute only allows for breath testing to determine blood alcohol content. A law would have to be introduced to change that, Rep. Scott Fetgatter said.

• The device requires two minutes of breathing to capture enough to determine the presence of THC.

• The only kind of THC exhaled in the breath is delta-9 THC, so patients who use edibles will test differently because most of the THC will metabolize into 11-hydroxy THC. However, some of the THC in the edible still gets into the bloodstream as delta-9 THC, so the Hound Labs device still can detect when a user has consumed a THC edible within about four hours.

• Hound Labs has conducted nonscientific track testing and determined that, though marijuana users drove much more slowly through a 65 mph course 30 minutes after smoking, they all hit a bicyclist that had been in the same spot on the course they drove through before smoking. “I’ve seen people get badly injured or killed from being hit in parking lots,” ER doctor Mike Lynn said.

• The devices will be limited in use across the state. If you’re stopped by an officer without a Hound Labs device and they suspect marijuana impairment, you may still be asked to take a field sobriety test and could face arrest.

After earning a master's in news editing from the University of Missouri, she joined the Tulsa World copy desk in 2010. Send news tips to news@tulsaworld.com.